If you’re after a dual dash cam, the Viofo is one of the best value choices around. It records great quality front and rear in good light and is well designed and isn’t too expensive.

A single dash cam is a very good investment, but a two-camera system is twice as good. With two cameras the view out of the back is recorded as well as the front, so you have evidence of what happened behind you as well as in front – accidents aren’t always captured by a front-facing camera.

There are quite a few to choose between but not many that are really what we’d call affordable. Often you’ll find it’s cheaper to buy two separate dash cams, but then you need two microSD cards and two power sockets or hard wire kits.

You can buy an A129 Duo from Amazon. When we originally reviewed it, it cost £129.99, which was outstanding value.

The Nextbase 422GW is a close rival. It has more features but costs more £179 with a rear camera (you can  get the 422GW bundle from Currys) and there are plenty of other dual dash cams which cost well over £200 /$200.

No microSD card is included, but we have recommendations for the best cards to buy – the A129 Duo supports up to 256GB.

While not the most feature-packed dash cam, the A129 has all the essentials including GPS, a G-sensor and parking mode. There’s Wi-Fi should you want to use the companion app and download videos to your phone, but it’s not necessary. To use it, you have to hold down the PiP button for five seconds, and it’s the same process to disable Wi-Fi.

What we really like is that the A129 Duo does the basics well and doesn’t add unnecessary features and frills. It also puts the same sensor and lens in both cameras, so you don’t have to compromise on the quality of the rear-facing video, which a lot of rivals do, and having the rear camera doesn’t reduce the quality of the front camera.

We’re also big fans of the design. Like Thinkware’s cameras, it hugs the windscreen instead of hanging down and getting in the way, but unlike Thinkware’s design Viofo has put a 2in screen on it so you don’t need to use the app to adjust the camera to the right angle. 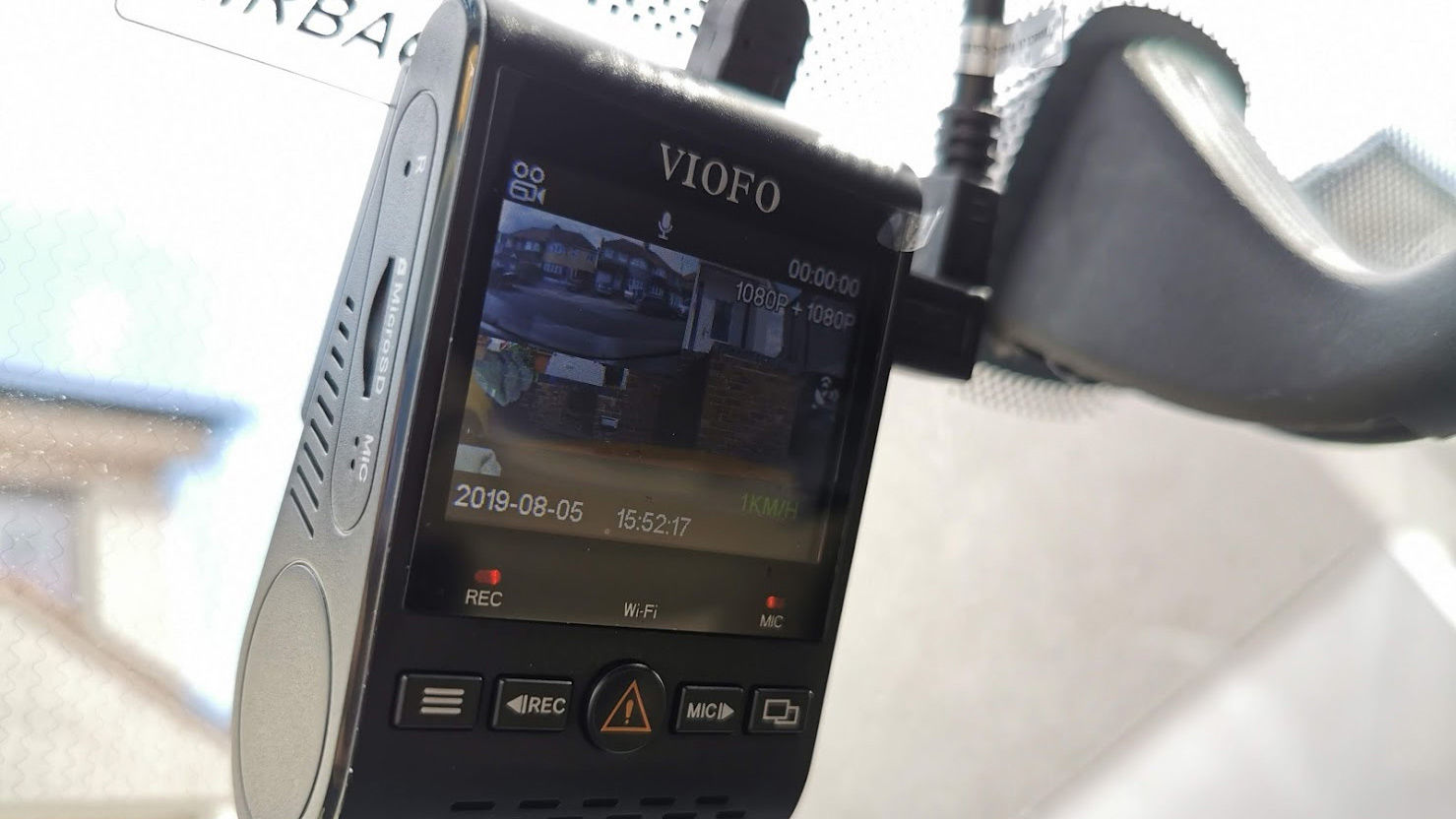 It’s not a touchscreen, but the buttons below the screen are fine. It’s best to connect the two USB cables – one for power and one for the rear camera – before you stick the mount onto your windscreen to ensure there’s enough space to connect and disconnect them. There’s no suction mount: it’s adhesive pads only, and you get a spare in the box. 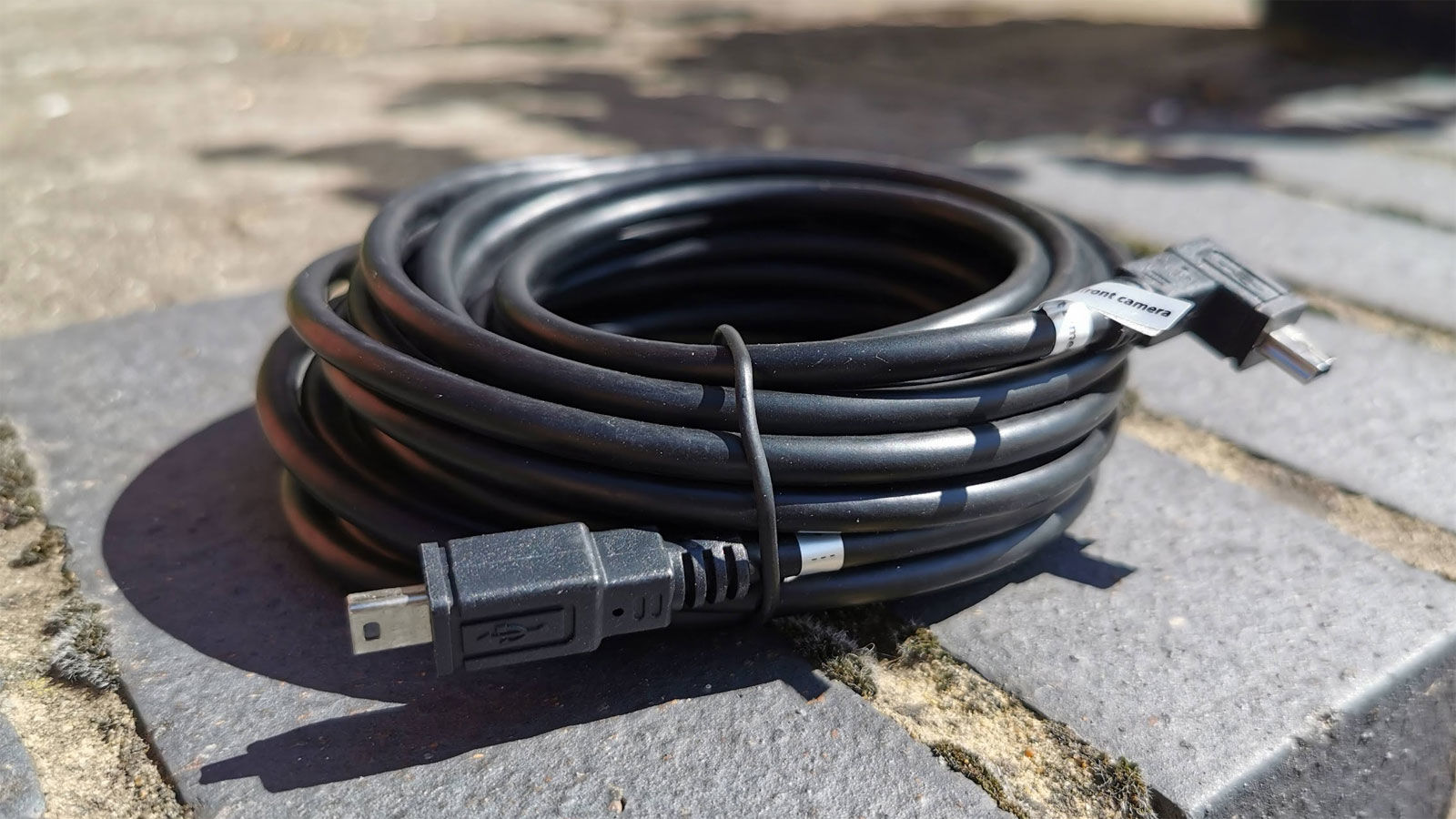 We’ve criticised other rear cameras for having thick USB cables, but Viofo’s takes things to a new level. It seems unnecessary to have such a chunky cable and it can be difficult to hide it away behind trim panels, though a stout plastic trim tool is included to help you. 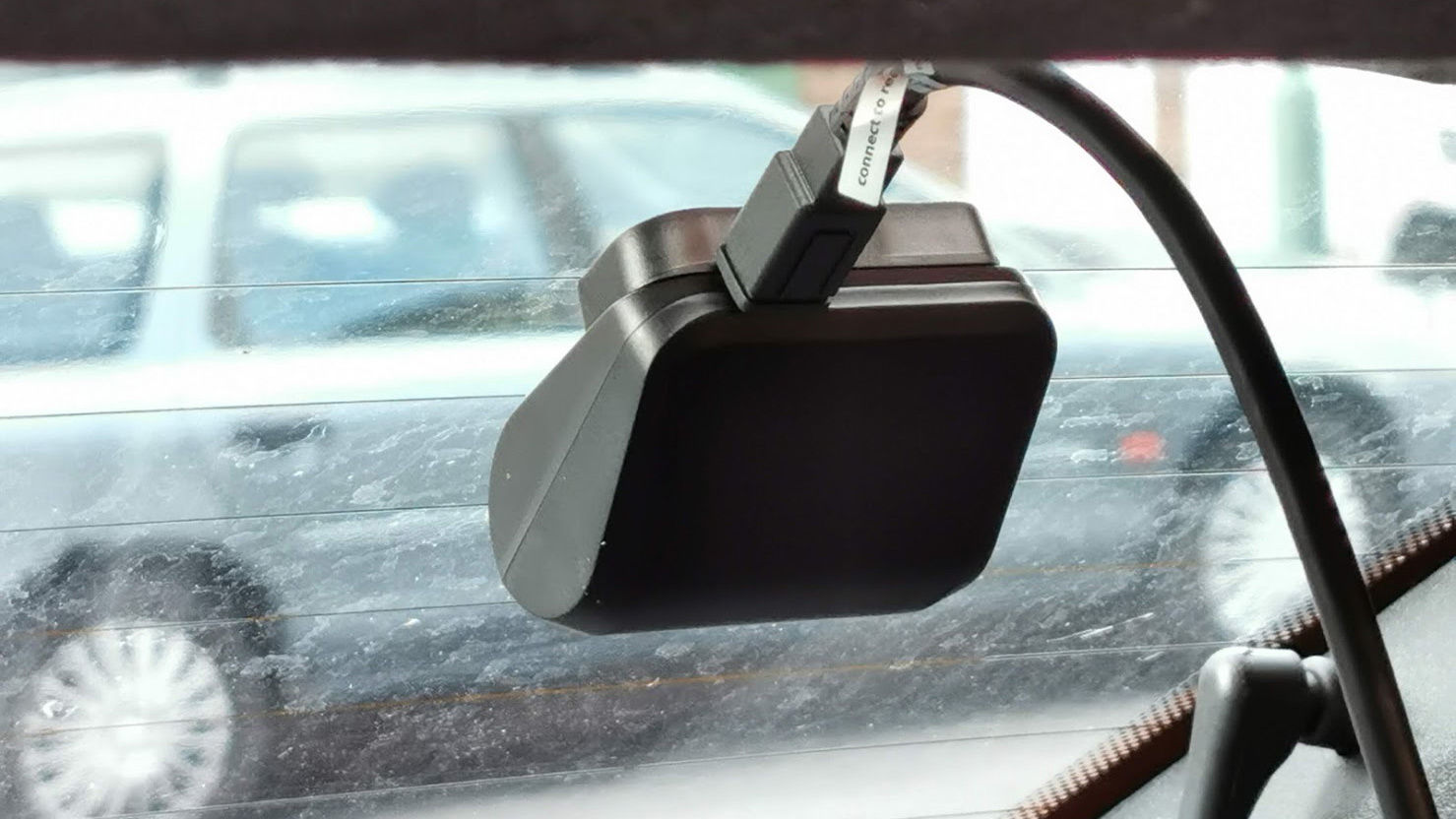 A standard power adapter for a 12V socket is included – which cleverly has two USB ports so you can  still charge your phone as well as power the dash cam, but you’ll want a hard-wire kit (the official one costs £12.99) if you want to use the parking mode. That’s because there’s no battery inside the A129: it has a supercapacitor which only delivers power for a few seconds after you switch off the ignition.

Another option you might like to buy is the polariser which clips over the front camera to reduce glare and increase clarity. That’s also £12.99, but you can buy a bundle from Amazon which includes the polariser for only £136.99.

This is where things get a little confusing. There are motion-detection and parking modes. Both require a constant power supply to the cameras in order to function, so as we’ve already said, you can’t use them if you haven’t used the hard-wire kit.

If you enable parking mode, video is recorded at a slow frame rate: you can pick 1-, 5- or 15fps. Recordings begin in this mode when the motion detection and the G-sensor are triggered. And in a firmware update Viofo added the ability to buffer, which means recordings will show only from 15 seconds before the the moment of impact and 30 seconds after.

Motion detection mode means recordings will be made at 30fps whenever motion is detected.

Other dash cams offer more resolution and frames per second, but for this price, we were more than happy with the 1080p footage at 30 frames per second. It’s colourful – a bit too saturated really! – and detailed. And it’s detail that matters for any dash cam.

When you pause playback, registration plates and other text is clear to see, and it’s refreshing to have the same quality from both cameras. The polariser isn’t available for the rear camera, so you may not be able to avoid reflections that won’t be a problem on the front camera.

Unfortunately that is true only during the daytime. At dusk, registration plates look as if they have been blurred out by Google’s Street View cameras, and at night, detail levels plummet. But this is true of almost all dash cams, and even Sony’s Starvis sensor cannot avoid this happening.

That’s not to say you can’t see anything: watch the videos below to get an idea of how the cameras perform at during the day and at night.

And here are stills from those videos: 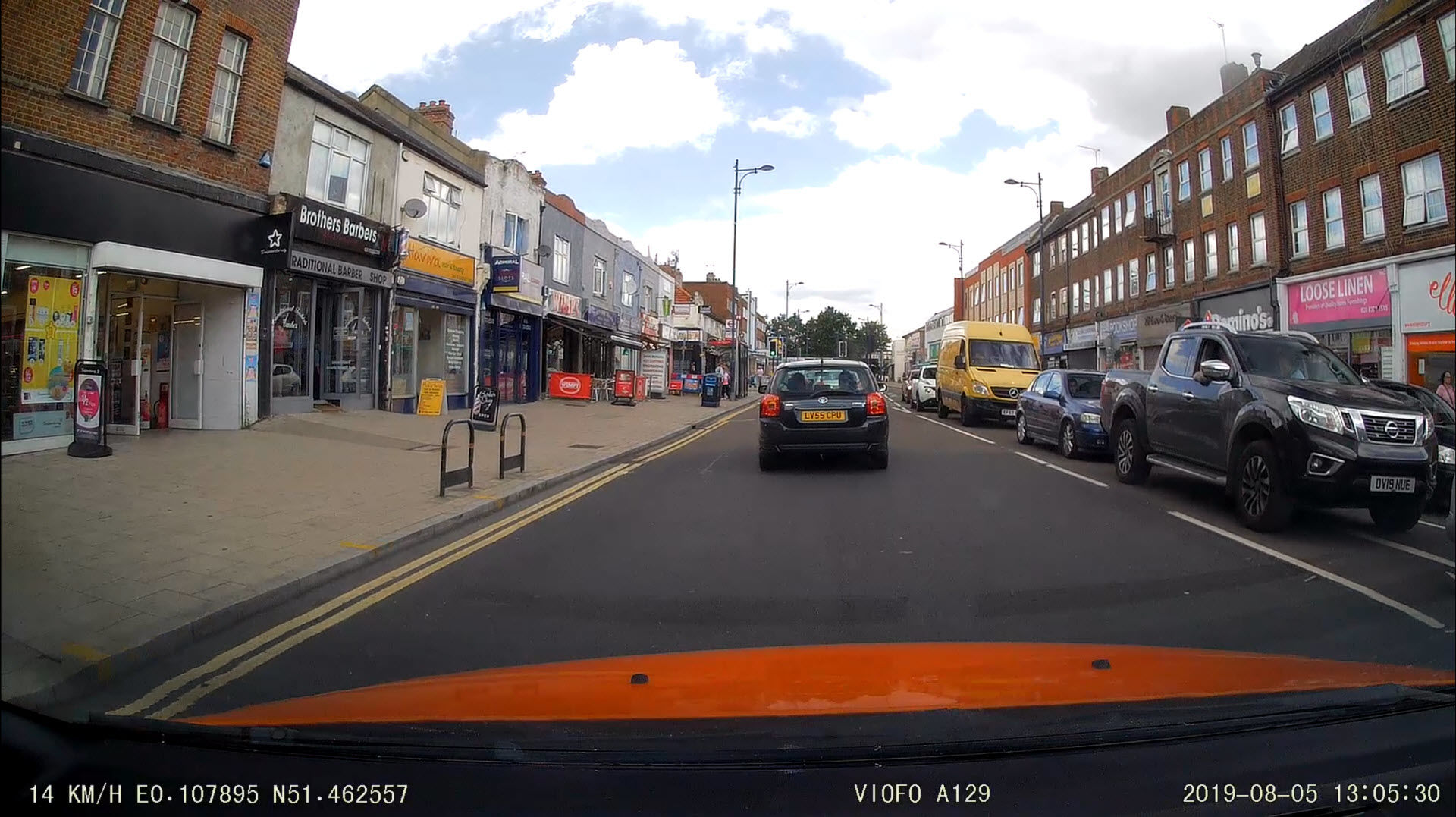 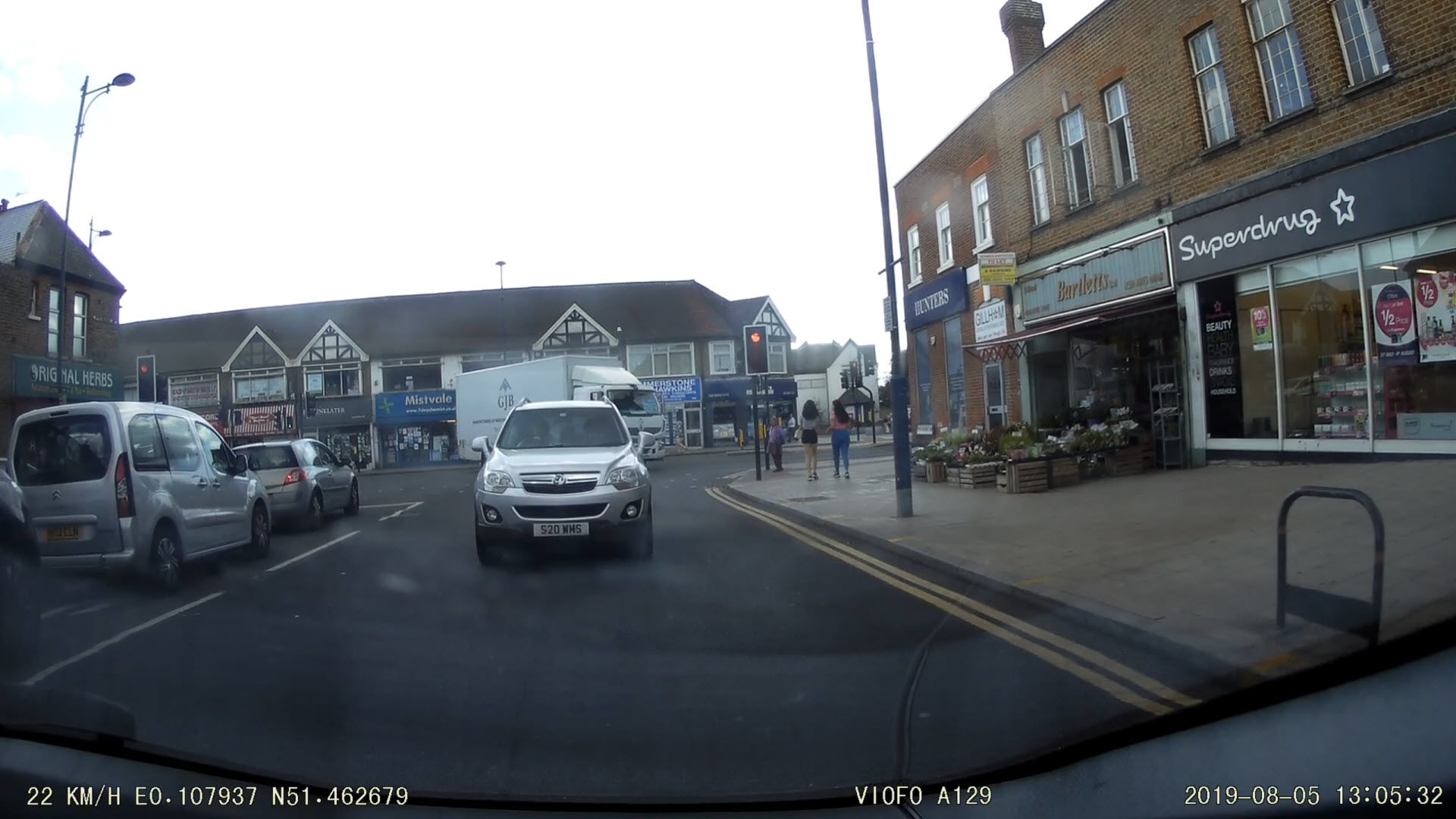 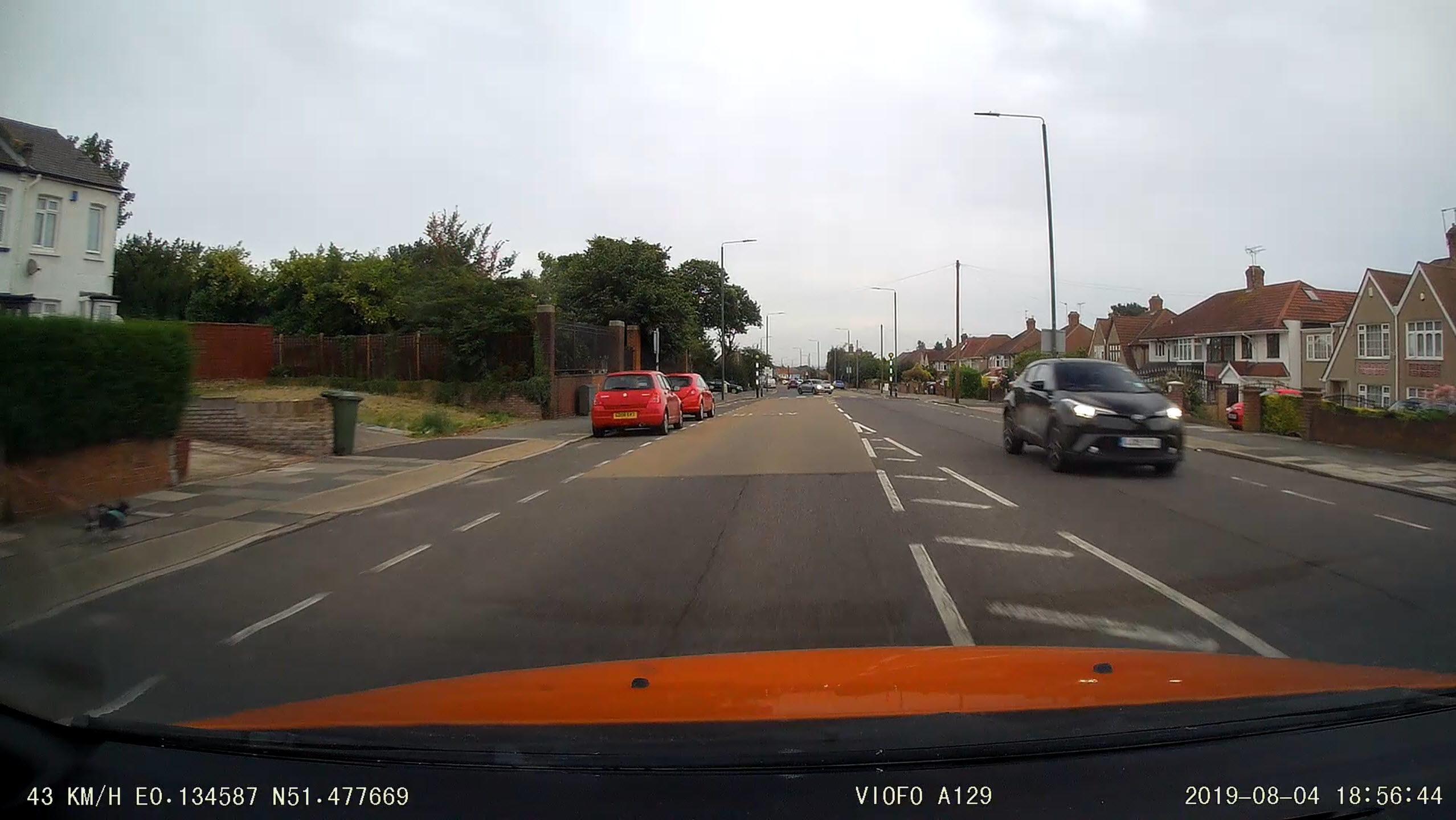 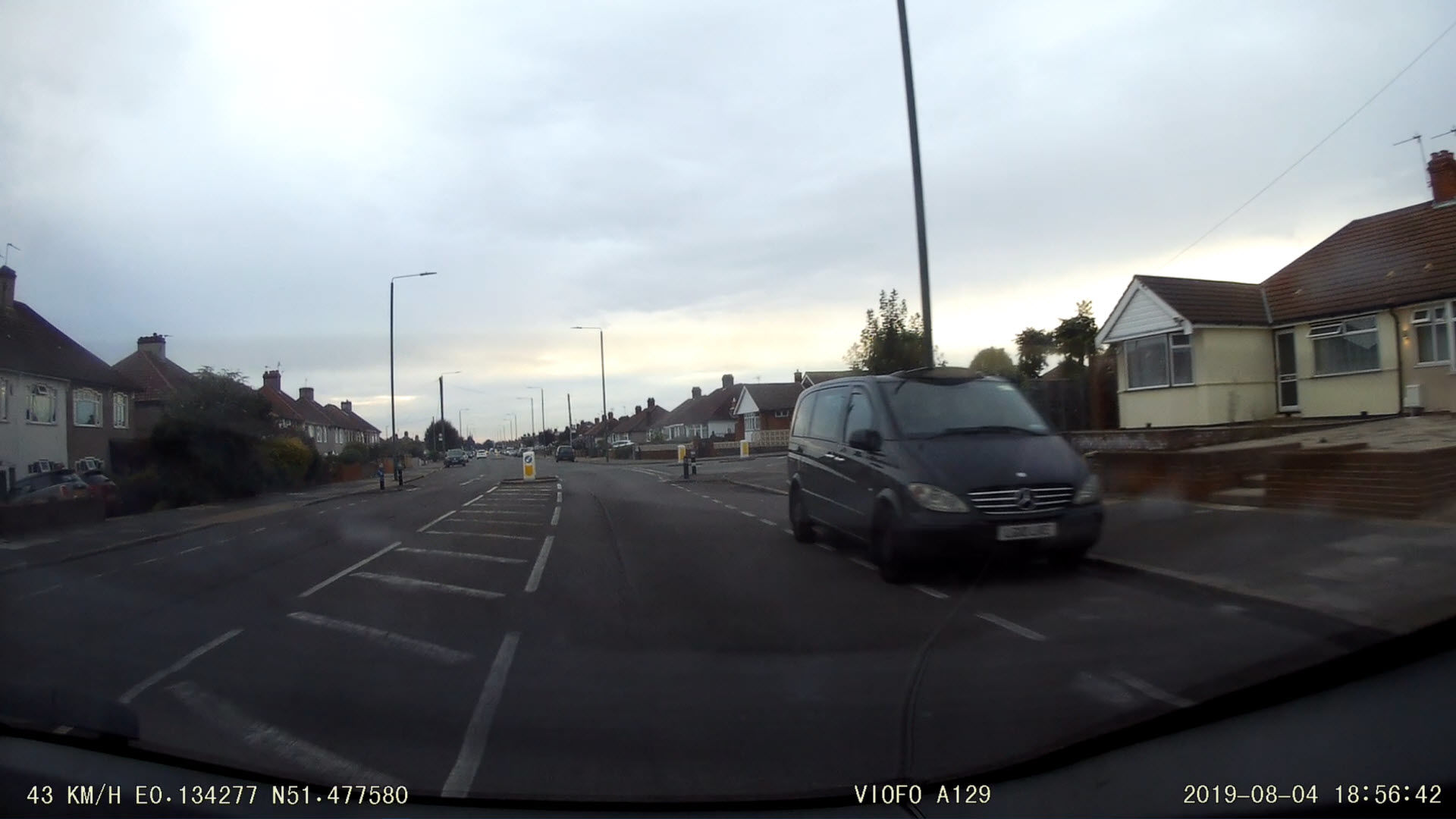 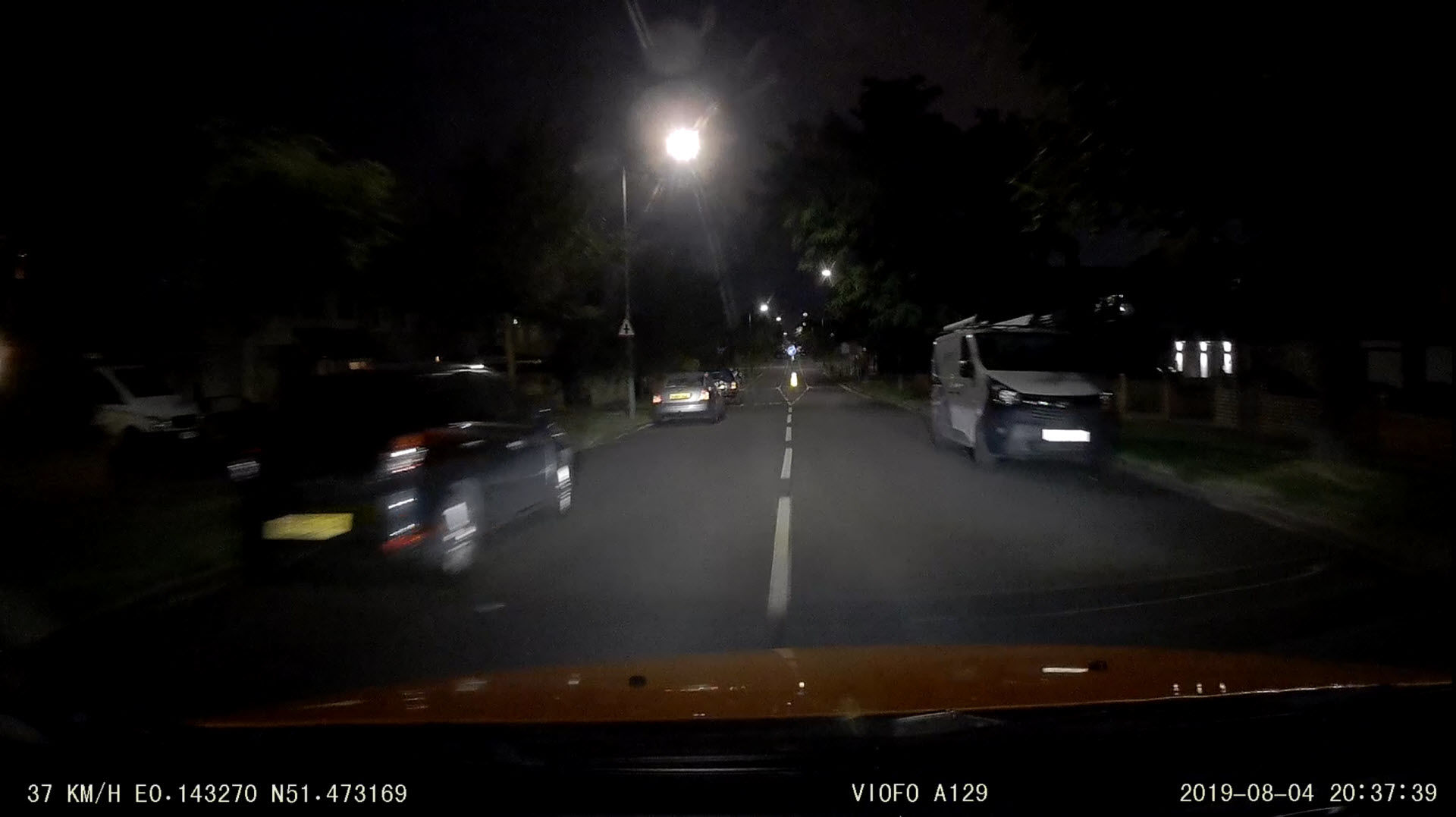 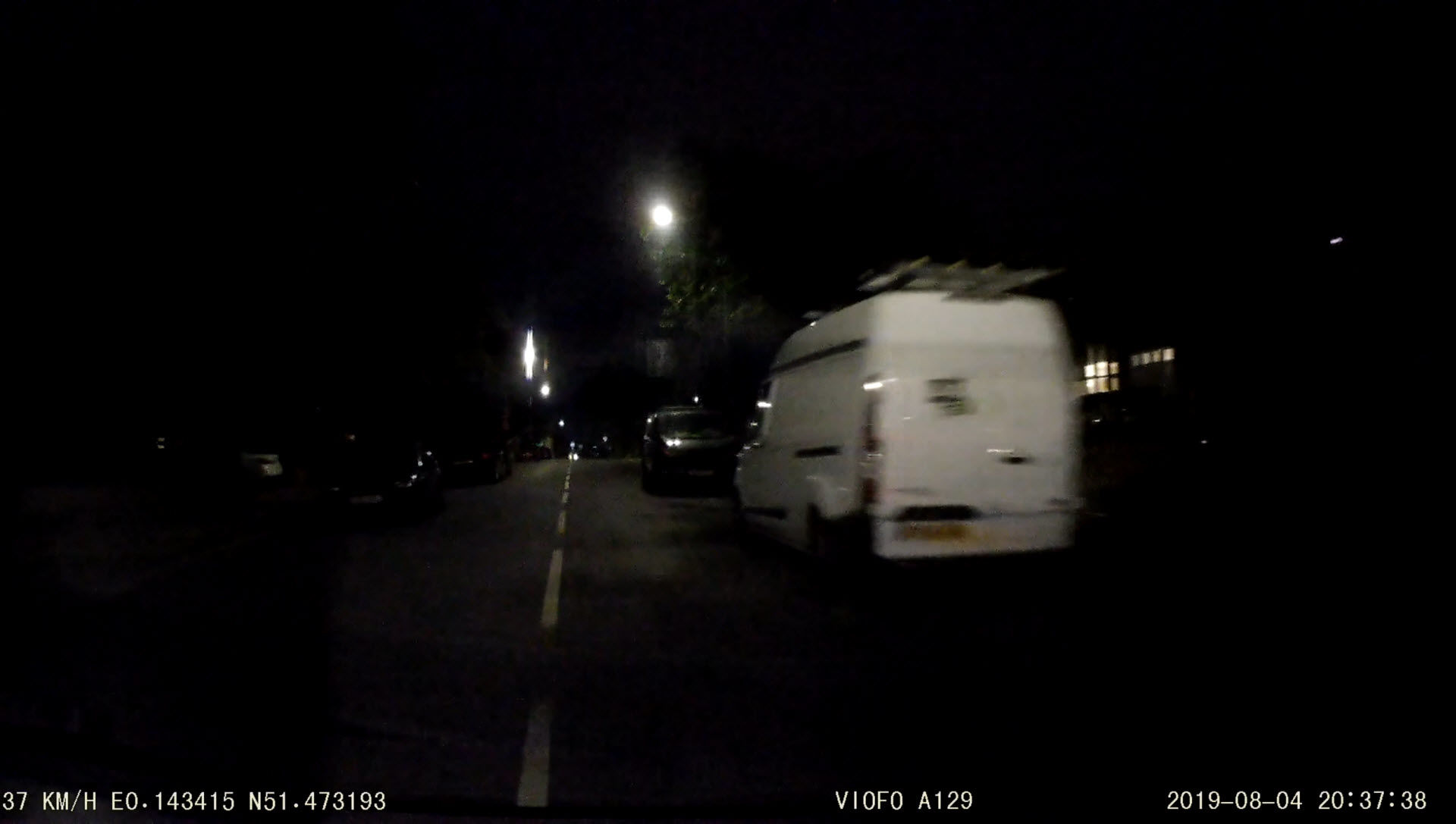 The absolute best two-camera system we’ve reviewed is the DDpai X2 Pro, but this lacks a screen, a dealbreaker for some people, and costs much, much more than the A129 Duo. However, for those with a ‘normal’ budget for buying a dash cam, the A129 Duo offers very good quality video front and rear for a similar price to most front-facing-only dash cams. So it is certainly something of a bargain.