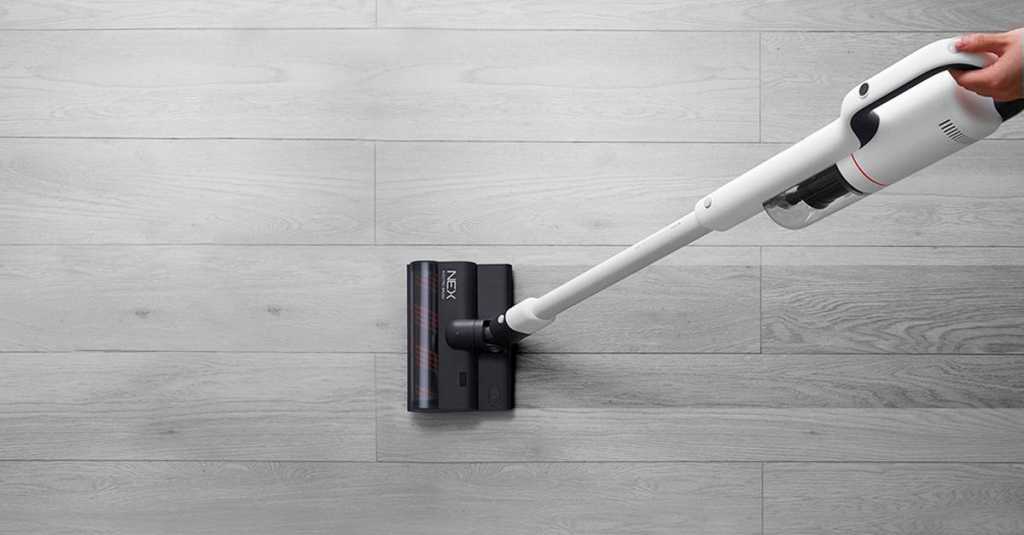 The Roidmi X20 cordless vacuum cleaner looks and feels good, hits a nice compromise point between weight and battery life, and offers respectable suction power. Chuck in some bonus features such as wet cleaning, an app and a cool automatic light, and you’re looking at a solid mid-price option.

Advertising itself as the first smart cordless vacuum cleaner with a mop, the Roidmi X20 (which used to be known as the Nex Storm) has a lot to live up to. We put it to the test, and our full review – covering design and build quality, performance, value for money and the various smart features – will give you an idea of whether this is the right choice for you.

Things have been changing over at Roidmi, with the models that started their life on Indiegogo now having achieved CE approval. What this means is that you can now buy the S1 (previously the Roidmi F8) and the X20 (which you may have known as the Nex) from high-street retailers. UK models now come with a full 2-year UK/EU warranty, a UK plug and can be serviced at a UK-based centre. 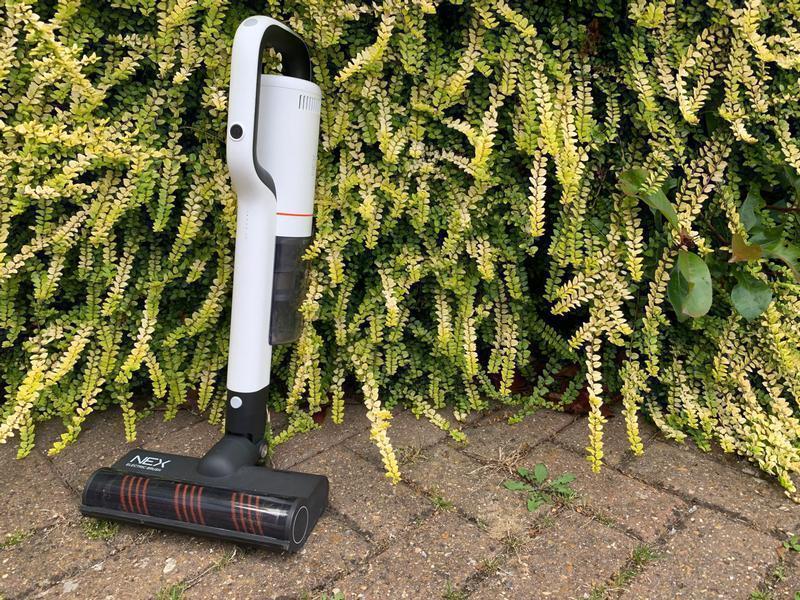 The Roidmi X20 costs £399/$449 and is available from a number of high street and online retailers.

The project’s funding round has proved extremely successful: at time of writing the original review it had brought in $509,844 and entered the production phase. The first devices were to be shipped out to Indiegogo backers in September 2019.

The X20 looks and feels terrific. It’s made of matt-white plastic with a pleasing texture, feels faintly like a gun when you hold it, and at 1.5kg is reasonably lightweight: after switching to a specialist attachment we were able to hoover around the lights and ceiling without too much strain. 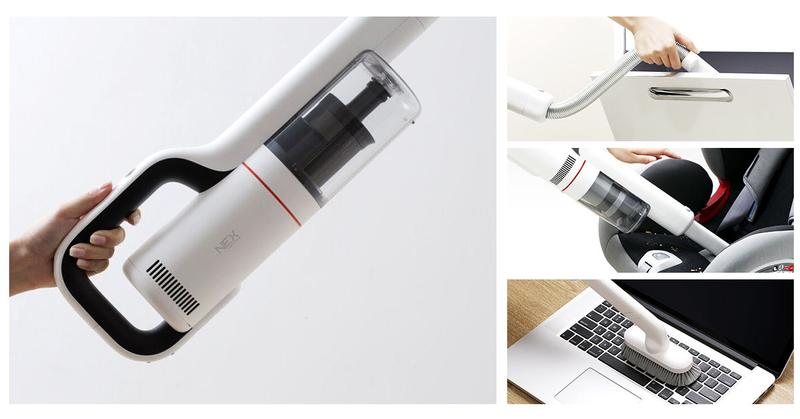 The collecting cylinder is transparent, which you might call a mixed blessing. Some may dislike all the floor grot being on show, but we found it useful to be able so easily to see when it needed emptying – and got a little satisfaction, too, from seeing how quickly it filled up.

Emptying the cylinder is a straightforward two-step process: press a button to take the cylinder off the main unit, then unscrew the filter from the end so you can empty it out. Our usual mini cordless just requires a single button press and then opens up like a crocodile, which is technically easier still; but with the Roidmi’s approach it’s much simpler to get everything out. You can fit your hand right inside and clean the rubbish out thoroughly. 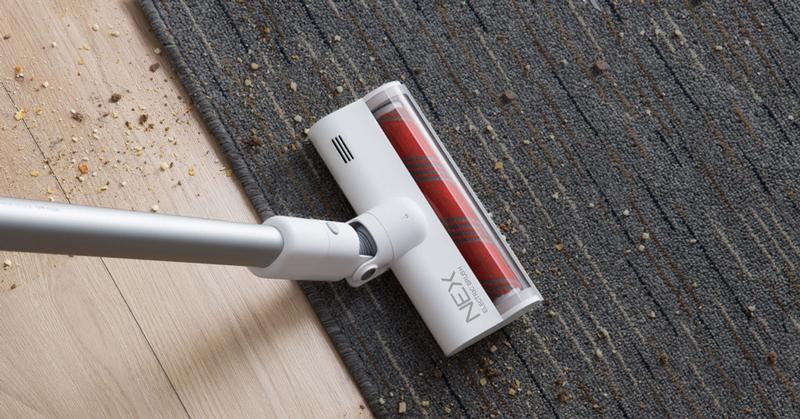 We love how many attachments are included in the package.

You get a general-use electric brush that works well for carpets and hard floors, and a smaller and lighter mattress brush; a crevice tool, another smaller crevice tool on a flexible hose, and a little brush that fits on to the end of either of them; a long rigid extender that works with any of the previous attachments; and, finally, the mop attachment that’s been causing all the excitement. We’ll discuss that last one in its own dedicated bit of the performance section. 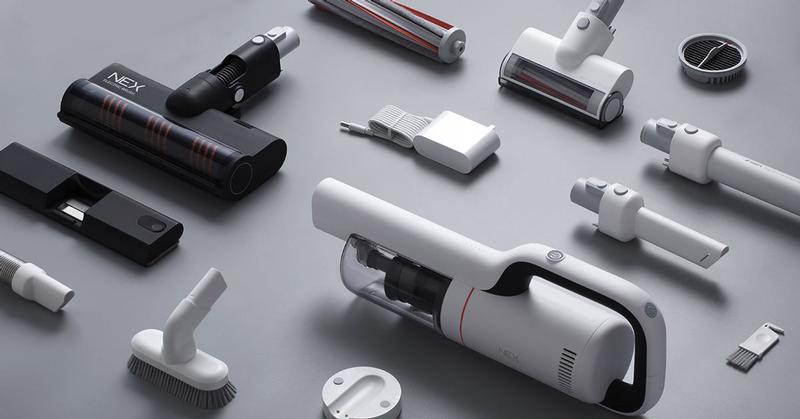 Rated at 140 Air Watts (AW), the Roidmi’s suction is decent but not dazzling. (The Dyson V11 is capable of 185AW in boost mode, and the highest-rated corded models can take you past 300AW.)

However, we had no complaints: even on its lowest power setting the Roidmi had no trouble with carpet fluff, pet and human hair, crumbs, little bits of food packaging and everything else we threw at it, and we rarely felt that we had to go over an area twice.

But about this mop attachment. 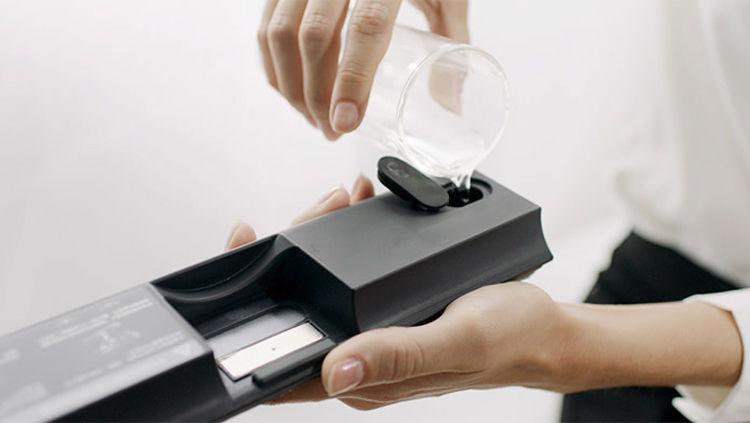 This unit is a similar size to the general-purpose suction head; you fill it up with water, much as you would an iron (the hole is quite small so you’ll need to be careful pouring – no funnel is supplied), then it attaches to the back of the conventional head via a convenient and satisfyingly strong magnet.

In other words, you’re still hoovering, but a damp cloth surface behind the suction area is now getting dragged behind and wetting the floor. It reminded us a little of the aloe strip that sits behind the blade on some upmarket disposable razors.

We had some teething troubles with this. At first the cloth just seemed to be wet on one side – the side with the water-entry aperture. We advise you to fill up the water container to its maximum, give the liquid a moment or two to soak through, and then make sure to press down firmly while moving the cleaner around.

Even when working as advertised, however, we still found the whole thing weird. Our understanding of mopping as traditionally performed is rather more than just dragging a wet cloth across the floor: you slop a whole load of water down, you swipe around from side to side (very difficult with the hoover attachment, and when you do use lateral movement the water seems to stop being deposited), you rub particularly dirty bits, and most importantly you stop whenever the mop has itself become too dirty and rinse it out in a bucket. None of this is feasible with the Roidmi. 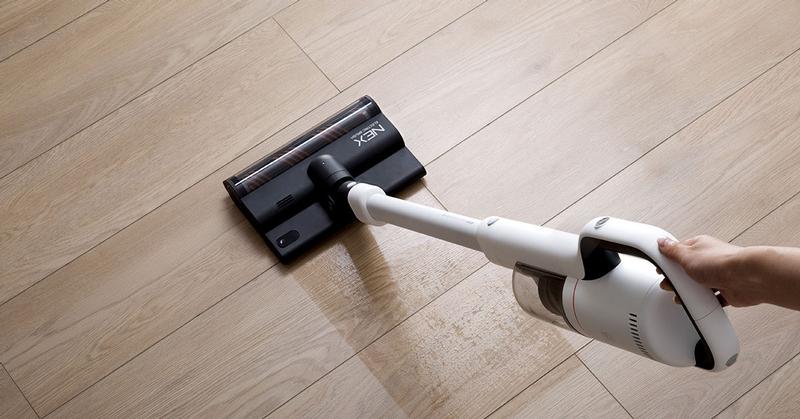 There are no doubt some benefits to wetting a hard floor after vacuuming it – it should produce a better clean overall – but what’s happening isn’t really mopping in the full and popular sense. It’s just vacuuming with benefits.

We also don’t really like the idea, incidentally, of using our normal vacuum cleaner head on a surface that is becoming wet: in theory you’re fine if you do a single swipe, since the water is applied behind the suction part, but any overlap with the previous run, or any second goes, and the cleaner head is going to start getting damp. Admittedly this never became a problem for us, but it feels like this is just because such an unsatisfactorily small amount of water was being laid down.

Equipped with eight 2500mAh lithium cells, the Roidmi has a claimed battery life of 60 minutes, but that’s for the lowest (60W) power mode. The company says it’ll last 38 minutes on medium (80W) and just 10 minutes on the highest (100W) mode.

These claims appear to be accurate. We ran it from a full charge to exhaustion on 100W and it managed 11 minutes and 7 seconds.

The device is stored, and charges wirelessly, on a magnetic unit that sticks or can be nailed to the wall; we’d play it safe and go for the nails but the sticky pad is an appealingly simple solution. Roidmi quotes a total charging time of 2.5 hours.

The Roidmi has a few more strings to its bow. As regards the much-celebrated smart functionality, we’ll talk about the app in a moment. But first we’d like to mention our favourite feature: a light that comes on automatically when you clean dark places.

There’s a light sensor on top of the electric brush attachment, and when the head goes under furniture or otherwise finds itself in darkness, a bright light comes on and helps you see what needs sucking up. This is a really thoughtful feature, which as a bonus looks cool when you first see it come on. 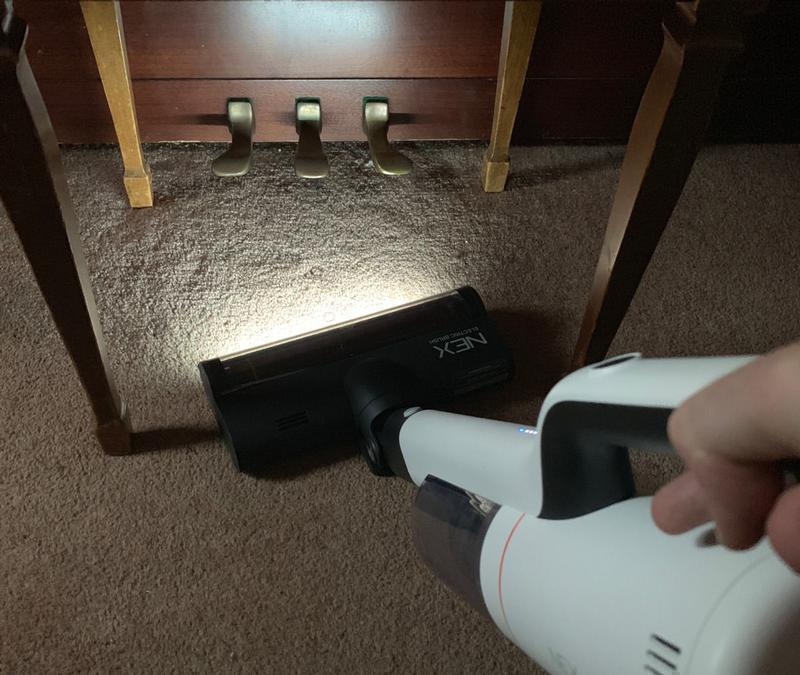 There’s a free app called roidmi cleaner (just like that – all lower-case) which you can download for iOS (which we tried) or Android.

The app isn’t a game changer but it is mildly useful. For one thing it includes a digital manual, which in our case was handy since the review sample didn’t come with English instructions. You can also use it to monitor when you need to change various consumables or charge up the main unit.

The app’s main interface shows only three numbers. Number one: the battery percentage remaining (confusingly, this is labelled as “Current electricity” – there are currently some translation issues). Number two: a variable time rating – either the remaining standby time if it’s powered off, or remaining usage time at the current gear if it’s powered on, or the time to fill up the battery if it’s currently charging. And number three: the remaining percentage of filter life.

To be honest, you’re unlikely to be holding the cleaner in one hand and your phone in the other, and most people won’t want to interrupt their cleaning to check how much power they’ve got left. In any case, there are indicator LEDs on the device that give you a rough approximation of this information.

But the filter information is nice to have – even if this appears to be based only on estimated lifespan and the time it’s been used, rather than any kind of clever assessment of how much it’s worn out or clogged up. We say this because when you change the filter, you have to reset the filter time manually. The app can’t tell. 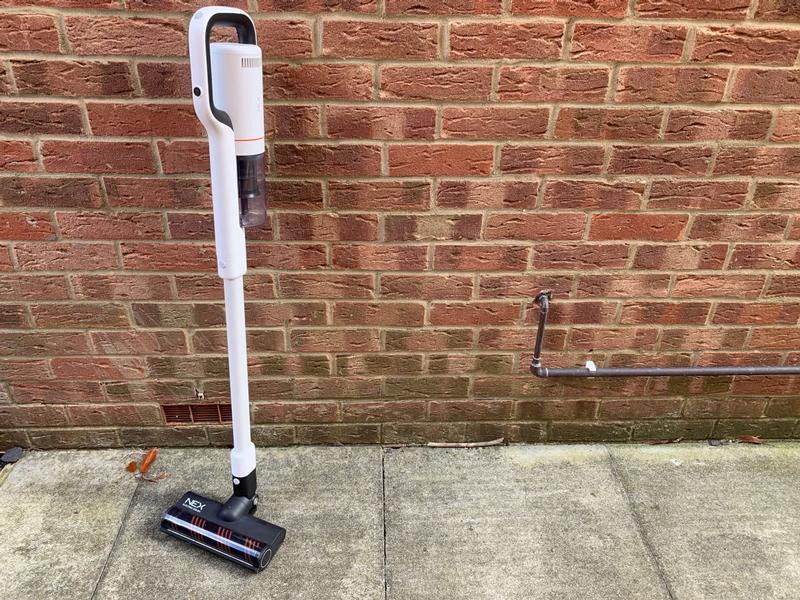 We’ve got a lot of time for the Roidmi X20, although the device has its share of issues. We’d view this as a good mid-price option with a few fun bonus features.

The design is understatedly smart; it hits a nice compromise point where battery life is long enough to do the entire house, but it’s also light enough that you won’t mind lugging it from room to room. Suction power is perfectly sufficient and it performed effectively, but it can’t quite match the premium models in the category.

You get an impressive range of attachments, most of which we really like – but we’re not keen on the mop. However, it’s very likely that our expectations are simply too high: if you want a vacuum that can do a simultaneous wet clean, this is probably about as good as these things get. Just don’t expect it to do a convincing impression of an actual mop.

And on the smart front, the app is moderately handy if inessential, and the automatic light is a lovely extra.