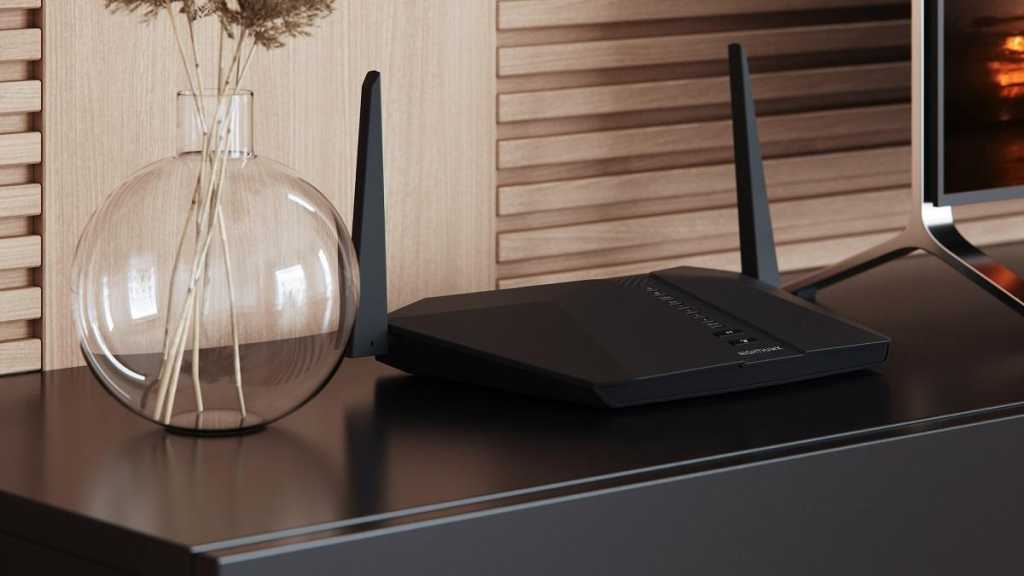 New 802.11ax routers are still expensive, and their new features probably aren’t essential for most home users at the moment, so the Nighthawk AX4 isn’t a ‘must-have’ upgrade just yet. But if your current router is struggling with a home full of connected devices it’s worth investing in a more versatile and future-proof router that can handle dozens of devices in modern connected homes.

Ever since it was first launched 20 years ago, Wi-Fi technology has primarily tended to focus on speed, with each new version of the 802.11 Wi-Fi standard being faster than its predecessor. That made sense a few years ago, when new services such as Netflix and Spotify were just getting started, and home users needed faster routers to cope with streaming music, video and online gaming.

But most of the current generation of 802.11ac routers are now fast enough to handle even 4K video. The real challenge in many homes now – as well as in offices and public networks – is to provide a reliable connection for the ever-increasing number of new devices, such as security cameras and smart speakers, that form the emerging Internet Of Things (IoT).

With that in mind, the new 802.11ax standard – also known by its marketing label ‘ Wi-Fi 6’ – does provide greater speed than ever before, but its real focus is on improving reliability and performance when transmitting data to large numbers of devices. This new standard hasn’t officially been finalised just yet – it’s expected towards the end of 2019 – but manufacturers are already preparing their next generation of routers, with Netgear being one of the first to go on sale with its new Nighthawk AX range.

There are four routers in the Nighthawk AX range, but for home users it’s the entry-level Nighthawk AX4 – also, rather confusingly known as the RAX40 – that will be suitable.

The Nighthawk AX4 is a dual-band 802.11ax router with a top speed of 3Gbps, priced at £179/$199, and Netgear states that it will be a good choice for any home or small business that has up to 30 devices connected to their Wi-Fi network.

You can get it from Amazon or Kikatek in the UK. Those in the US will find it at Amazon or Newegg.

The next step up is the Nighthawk AX8 at £299/ $299, which doubles the speed to 6Gbps – leaving existing 802.11ac routers trailing in its wake – and is suitable for 30-50 devices. The Nighthawk AX12 offers similar performance, but it bolts on some extra antennae in order to improve Wi-Fi range for larger homes, and costs £359/ $419.

Finally, there’s the top-of-the-range Nighthawk Tri-Band AX12, which unsurprisingly adds tri-band support in order to boost speed to a remarkable 10.8Gbps, and is designed to support 50+ devices. That’s way over the top for most homes, especially with a price tag of £499/ $599, but it could be useful for business users and public venues such as hotels or even large sports stadia.

Taking its lead from Netgear’s existing Nighthawk range of gaming routers, the Nighthawk AX4 has a sleek, angular design that looks a bit like a Cylon space ship from Battlestar Galactica.

On the back of the router you’ll find five Gigabit Ethernet ports, but the Nighthawk AX4 doesn’t include a modem for Internet access, so one of these Ethernet ports will have to be connected to your existing broadband router or modem, while the other four ports can be used to provide wired connections to devices such as computers, games consoles or a Smart TV.

There’s also a USB 3.0 port, which can be used to connect a printer or hard drive that can then be shared with other people on your home network. Our only minor complaint about the design of the router is that the two large antennae feel rather flimsy, so you should make sure to place it safely on a high shelf away from young hands or curious pets.

These are all fairly standard features, but 802.11ax provides new features that aren’t available with existing 802.11ac routers.

There’s an endless stream of jargon and acronyms that you could wade through here, but a key feature of 802.11ax is OFDMA (orthogonal frequency division multiple access) which is designed to simultaneously transmit data to large numbers of devices and goes beyond the more limited MU-MIMO feature used in 802.11ac routers.

Another important 802.11ax feature is TWT (target wake time) which can help save battery power for devices, such as security cameras, that require a permanent Wi-Fi connection.

The problem, as there is every time a new standard emerges, is that there are few client devices – phones, laptops, tablets, gadgets – that support 802.11ax at the moment, but these new features will become increasingly important in years to come, as the Internet of Things continues to develop.

And in order to use these new features, or benefit from them, you will need both a router and a Wi-Fi device which support 802.11ax. So until then, they’ll sit unused in the Nighthawk AX4.

Setting up the router is very straightforward, as the Nighthawk app for iOS and Android prompts you to connect your smartphone or tablet to the new network, and to enter the password from the label on the router (and you can change the password in the app later for extra security if you prefer).

The app is fairly basic, though. It does include some simple options, such as the ability to set up a guest network or to pause internet access for individual devices so that you can get the kids’ attention at dinner-time. However, there are few other parental control features within the app, such as the ability to create more detailed schedules for internet access throughout the week.

And, as the router creates two separate networks on the 2.4- and 5GHz bands, we found ourselves looking in vain for an option to ‘merge’ the two bands so that they show up as just a single network on your devices.

If you’re feeling brave then there is the usual web browser interface that provides more detailed controls. Unfortunately, this isn’t very well organised and it took us a while to try and find some quite basic controls.

You can, for instance, use the web browser interface to create a weekly schedule for internet access, but this is buried deep within the Advanced Setup menus and sub-menus, whereas most routers will include scheduling as a straightforward part of the basic parental controls in their mobile apps.

There’s also a useful option for connecting a hard drive to the USB port on the router so that you can back up important files from your PCs or Macs. Even so, we’d like to see the main Nighthawk app provide a bit more help for less experienced users when tackling these more advanced features.

Netgear’s app could be a little more helpful, but we can’t criticize the performance of the Nighthawk AX4. This is the entry-level, dual-band model in the AX range, but it provides performance that rivals current top-of-the range 802.11ac tri-band routers.

Now, we weren’t able to test performance to get the full-blown 802.11ax experience as we don’t yet have a load of (or even any) 802.11ax devices to connect to it. But we could at least run our usual range tests with an 802.11ac iPad using the Wi-Fi Sweetspot app.

Using our normal 802.11ac Wi-Fi router, devices in the same room as the router can generally manage a top speed of 350Mbps, but with the Nighthawk AX4 that speed almost doubled to an impressive 690Mbps.

The real challenge, though, is for devices in our back office, where partition walls and other obstacles mean that our normal router drops to around 280Mbps. Once again, though, the Nighthawk AX4 doubles the pace, maintaining a smooth average speed of 565Mbps. So while it’s expensive, the Nighthawk AX4 will earn its keep with improved performance and reliability throughout your home.

It’s still early days for 802.11ax, and there are few computers, smartphones or other devices that currently support it, so there’s no pressing need to run out and buy a new 802.11ax router at the moment. And, of course, 802.11ax routers are relatively expensive when compared to existing 802.11ac routers as well.

But the speed and versatility of 802.11ax will be crucial to the development of the Internet of Things in years to come, so if your current router is already struggling to cope with the strain of all your connected devices then it’s well worth considering an upgrade to a new router such as the Nighthawk AX4 – it’s a speedy router that isn’t hugely expensive compared to the current 802.11ac crop. However, if your problem is coverage in a larger home, consider a mesh Wi-Fi system.