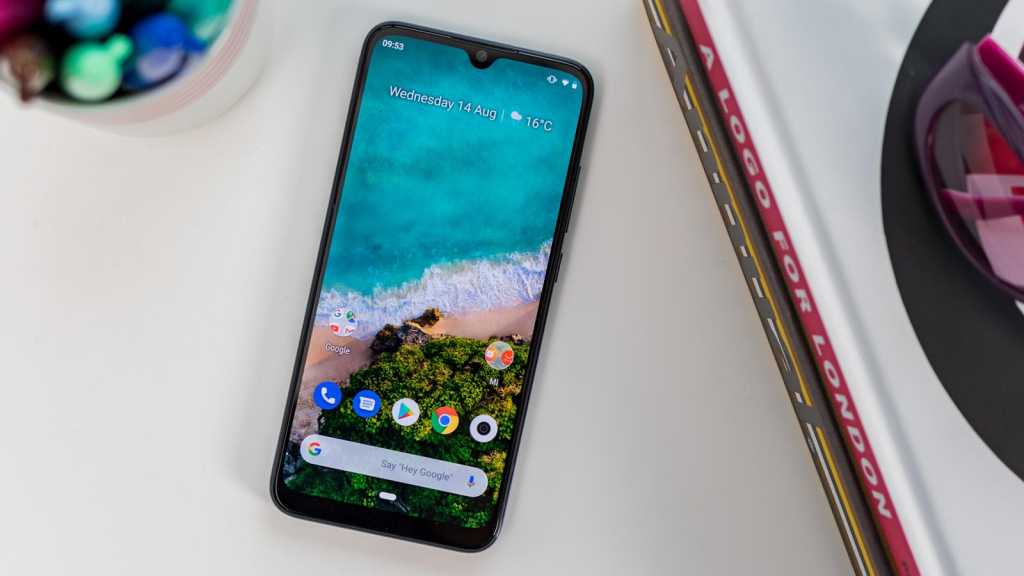 Android One is attractive for its timely system and security updates, and less bloated interface. The Mi A3 from Xiaomi has a few tricks up its sleeve to help it impress in this increasingly crowded market, including some of the most advanced cameras we’ve seen on an Android One phone. Performance is also capable for daily use, and the design is much more appealing than you should expect at this price. Mi A3 offers incredible value, but if your budget stretches a little higher and you’re not fussed about Android One we’d plump for the Mi 9T instead.

Last year’s Mi A2 and Mi A2 Lite proved immensely popular with Tech Advisor readers for combining the great-value hardware of Xiaomi with the purity of Android One rather than MIUI. The Mi A3 is an exciting update to the line that introduces a brand-new design and several interesting features in the mid-range space.

Mi A3 was announced in Spain on 17 July 2019. It still has not been officially announced in the UK, though it has popped up on the UK Mi Store, albeit out of stock. It is possible to buy one nonetheless.

Various options are available over at Amazon, with the 64GB model currently retailing for £279.99.

Both versions are storage-upgradable via microSD, up to 256GB, but it’s a hybrid slot so you must choose between dual-SIM and extra storage space. It might make sense to plump for the extra storage from the get-go, given the small difference in price.

There are three colour options, with blue, grey and white ‘holographic’ or iridescent finishes, which react with light to produce a stunning effect. We’re testing the ‘Kind Of Grey’ option, which has a mirror-like, premium finish.

Xiaomi’s latest Android One phone looks entirely different to those before it, with a new 19.5:9 aspect ratio and Dot Drop (waterdrop-style) screen notch. It’s a mid-range phone but with a very sleek design – its curved edges and smooth glass make it feel somewhat pebble-like in the hand, with no rough edges. It’s a seamless design, surprisingly resilient in the face of greasy fingerprints, and it looks great.

Mi A3 is covered in tough Gorilla Glass 5 front and rear to offer resistance from drops and accidental damage, yet it remains delightfully thin at 8.4mm. We’ve yet to see a waterproof Xiaomi phone, so don’t expect anything different here.

However, while it is very slim, the rear camera module juts out, and we found the phone would often rock on the desk when typing – it’s not a huge issue, but annoying all the same.

In the previous generation we saw a headphone jack on the Lite model but not the standard A2. A Lite model has not been announced for 2019, but Xiaomi has seen fit to reinstate this headphone jack in the standard A3. There’s also a mono speaker to the bottom right of the USB-C port, which is surprisingly loud and pumps out audio that is mostly good, though drop down the volume a notch or two and you’ll find a big improvement with less distortion.

Arguably a bigger change in this new iteration is the fingerprint sensor. Previously found at the rear of the phone, Mi A3 integrates an in-display version. During our testing we found it fast and responsive, which is likely due to the larger surface area devoted to recognition.

Less happily there is no NFC support, which means you won’t be using this sensor for mobile payments – and we’d expect to be able to use Android Pay on an Android One phone. You will find an increasingly rare IR blaster for using the Mi A2 as a remote control for a compatible TV, but we’d rather have NFC.

The screen is only a touch larger than the Mi A2’s 5.99in panel, at 6.088in, but it feels very different due to its tall aspect ratio, which allows Xiaomi to increase the screen size without increasing the overall width. Moreover, it’s an AMOLED panel, which is our favourite type of screen tech due to its rich, vibrant colours, deep blacks and excellent contrast.

It’s also brighter than before, according to Xiaomi, now at 530cd/m2 in comparison to the Mi A2’s 403cd/m2. We found this made it much easier to interact with the phone in broad daylight.

Less favourable is the move from a Full-HD+ resolution to just HD+, and the Mi A3 offers 1560×720 pixels. So nothing’s quite as sharp as you might expect, but while you’ll notice the difference beside a Full-HD phone, viewed on its own the screen remains of a very good quality.

Xiaomi’s new Android One phone is powered by the Snapdragon 665, which is successor to the 660 we saw in Mi A2. It’s not a huge jump in performance, and actually a year on we found ourselves expecting a little more, but an improvement it is, and it does also lend itself to better photography.

Both versions of Mi A3 come with 4GB of LPDDR4X memory, which is what we would expect at this price point.

Performance in our benchmarks revealed a phone that is is capable but not spectacular, able to turn its hand to all daily tasks including video playback, but won’t want to be taxed with anything too intensive.

We recorded 5672 points in the multi-core component of Geekbench 4, and 141,263 in AnTuTu. In GFXBench it turned in playable framerates of 52fps in T-Rex and 34fps in Manhattan, but less impressive performance in Manhattan 3.1 (26fps) and Car Chase (13fps).

That makes Mi A3 faster than Mi A2 and Mi A2 Lite, but it’s difficult not to compare performance to the Mi 9T, which is only slightly more expensive but reveals another jump up again in performance. (And it has NFC.)

We’re not surprised to see Xiaomi leave out wireless charging to keep down the price, but we appreciate the support for Quick Charge 3.0. While Mi A3 supports up to 18W fast charging you’ll find only a 10W charger in the box, however.

Mi A3 is the first Android One phone with a triple-lens camera. It boasts a 48Mp Sony sensor with an f/1.79 focal length, as well as an 8Mp ultra-wide-angle and 2Mp depth sensor. The specs are better than you’d have any right to expect at this price, but the proof is in the pudding.

In daylight we found the Mi A3 was able to capture sharp, high-detail photos with accurate colouring. The bokeh mode isn’t fantastic, but with some tweaking it can take some decent portraits.

Scroll through some test shots in the slideshow below:

It is possible to shoot full-48Mp pictures in Pro mode, but the quality is not as good as it would be if you allow the automatic pixel binning to combine four pixels into one, which returns much better-quality 12Mp shots.

All the various modes you would expect are present, including Panorama for the front camera for capturing group selfies, and if you turn on AI it will intelligently select the scene. Real-time filters can be applied too, though we found switching between them slow in Portrait mode.

It’s not only at the rear that Mi A3 impresses with photography. Nestled into its new Dot Drop screen notch at the front is a 32Mp selfie camera with f/2.0 aperture. As with the main camera it supports AI for intelligent scene selection, alongside pixel-binning that combines four average 1.6um pixels into one super pixel, for great results even in low light.

Using only the filters we found Mi A3 was able to take some high-quality selfies. You also get skin smoothening, face slender and eye widening beautify modes, which can be quite aggressive at their maximum values.

What really sets apart Mi A3 from the rest of the Xiaomi line is its inclusion of Android One rather than Xiaomi’s MIUI interface, albeit with the addition of Mi Store and Mi Community apps. Though MIUI is a custom version of Android 9.0 Pie, and Android One is simply a pure version of that OS, we often find western users are less familiar and therefore less comfortable with it than they are standard Android. We think some of the extra features such as Dual Apps and Second Space are worth having, but admit that in comparison MIUI can feel rather bloated.

One of the biggest advantages of running a pure version of Android is the speed with which updates can be rolled out, since they don’t first need to be adapted to fit the custom interface. Android One phones are always the best to get security patches, new features and operating system updates.

Android One phones are guaranteed security updates for three years after their release, which certainly can’t be said for all budget- and mid-range phones.

The Mi A3 might be a mid-ranger, but in the Android One space it feels like a flagship, thanks to its triple-lens camera, in-display fingerprint sensor, and gorgeous design.

We’d like to see slightly faster performance, but the Snapdragon 665 is a reliable chip, and will serve most users well. The memory allocation is also sufficient, but it would nice to have 6GB of RAM available as an option.

We can turn a blind eye to the reduced screen resolution given the fact it’s a significantly better screen, but the lack of NFC just doesn’t sit right for an Android One device.

Overall, we think of Mi A3 as a rival to the Google Pixel 3A in photography and performance, but at a significantly lower price. If your budget will stretch just a little higher the Mi 9T is an excellent choice with a slightly faster chip and NFC.