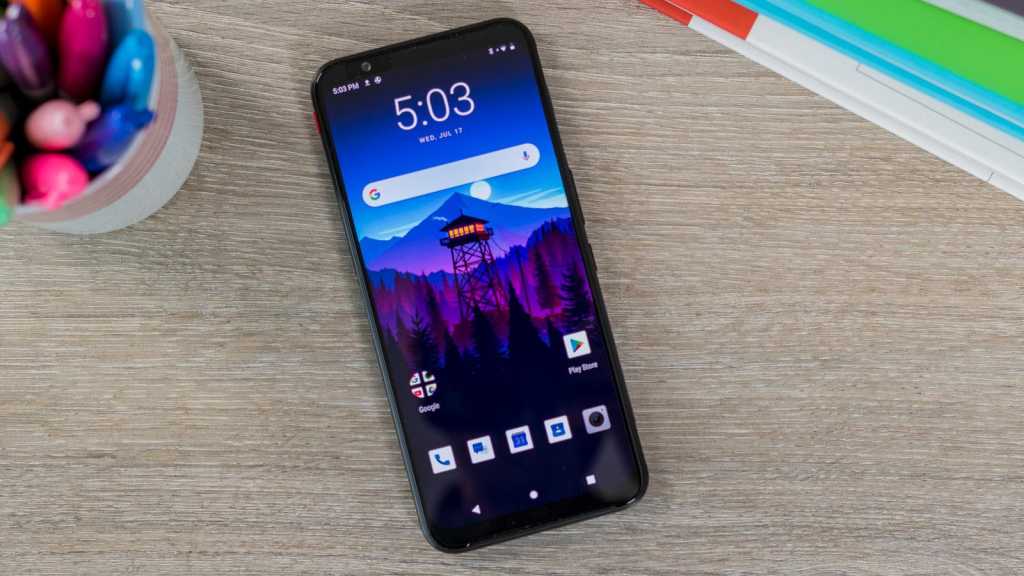 The Red Magic 3 is an impressive smartphone tailored towards gamers with features like touch-sensitive bumper buttons, custom cooling and a 90Hz display that can really provide the upper-hand in competitive mobile games, although we do feel a little let-down by the camera offering.

Following the success of the mid-range Red Magic Mars earlier in 2018, the Red Magic 3 looks to take on Razer and Asus for the title of best gaming smartphone – and with impressive gaming-focused features like a 90Hz display and touch-sensitive trigger buttons alongside a budget-friendly price tag, it’s certainly a strong contender.

We’ve spent some time gaming on the Red Magic 3, and here’s what we think. If you’re looking for something even more powerful, take a look at the upgraded Red Magic 3S.

The Red Magic 3 is one of the more budget-friendly gaming-focused smartphones on the market, especially with premium features on offer.

A focus on gaming

The Red Magic 3 follows a similar aesthetic to earlier smartphones in the Magic collection, sporting a layered design unique to the brand, along with vents on the sides and rear to improve cooling during intense gaming sessions and, of course, the fan-favourite LED strip. 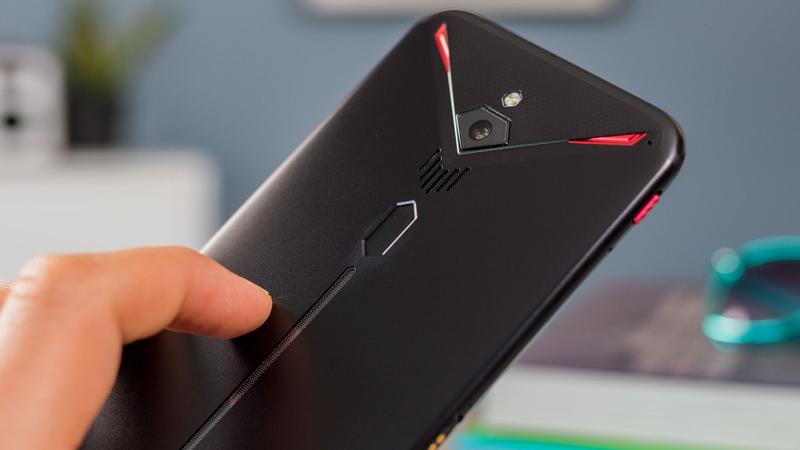 But while the general design is familiar, there are a number of improvements that make the Red Magic 3 stand out in an ever-expanding market of gaming-focused smartphones.

While it’s not quite as impressive as the 120Hz display on offer by the Razer Phone 2, it makes a difference not only to gaming but general use too. Scrolling through media-heavy apps like Twitter and Instagram is noticeably smoother on the Magic 3, and that’s due to the combination of the high refresh rate and powerful internals – but we’ll go into more detail about the specs later. 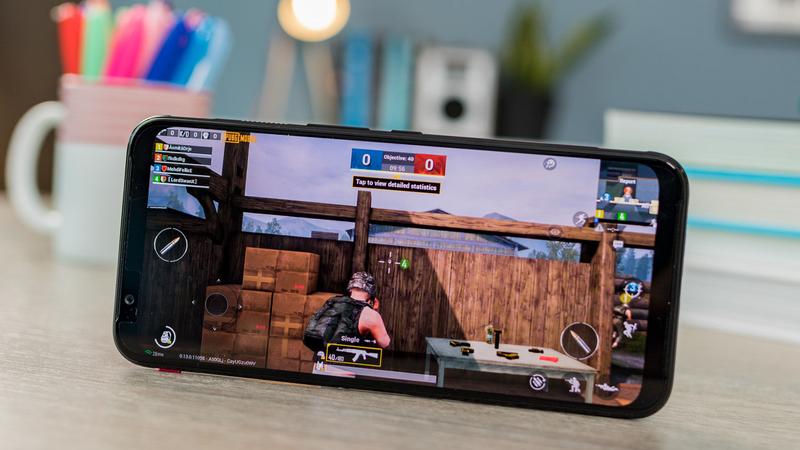 Most importantly, it improves the gaming experience and helps give you an edge in online games like PUBG Mobile and Fortnite. Admittedly, it’ll only give you a split-second more to react than if you were playing with a standard 60Hz smartphone, but that makes all the difference in a competitive environment.

When playing horizontal games, you can program the triggers to any on-screen command – like aiming down the sights and firing in PUBG – and the best part is that because it’s all set up via an on-screen overlay, the game doesn’t need to offer official controller support. It arguably gives you more of an advantage than the high refresh rate, as it frees up your thumbs to control movement and aim while your fingers handle the shooting. 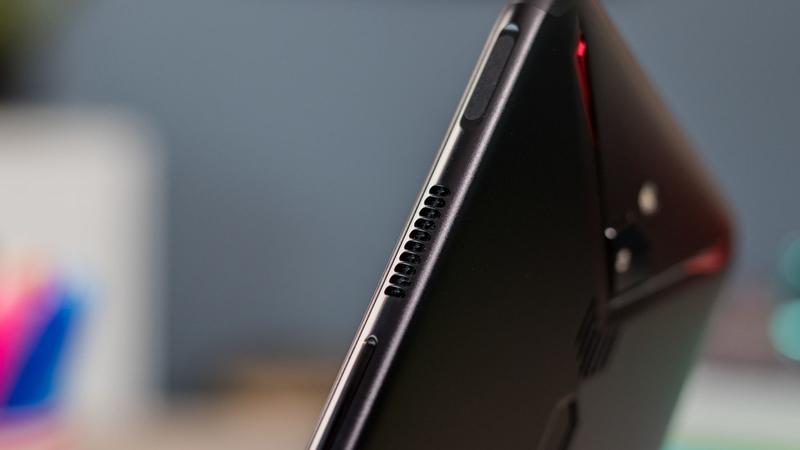 In one 4v4 match in PUBG Mobile, we managed to get a 24-kill streak – and we’d describe our skills as average at best!

You’ll also notice contact points along the left side of the smartphone. While these can be considered a bit of an eyesore compared to the rest of the smartphone, there’s a good reason they’re there. If you’re serious about mobile gaming, you can pick up the Magic Adaptor for the Mars 3, providing not only a 3.5mm headphone jack, but a Type-C charging port (to keep the phone topped up during intense sessions) and an Ethernet port that should provide a steady 100Mbps connection.

Much like the Magic Adaptor, gamers can opt to pick up a one-handed controller for the Red Magic 3, transforming it into a proper mobile gaming powerhouse. Unfortunately, we’ve not had a chance to go hands-on with the Red Magic 3’s suite of optional accessories, so we can’t comment on build or performance. 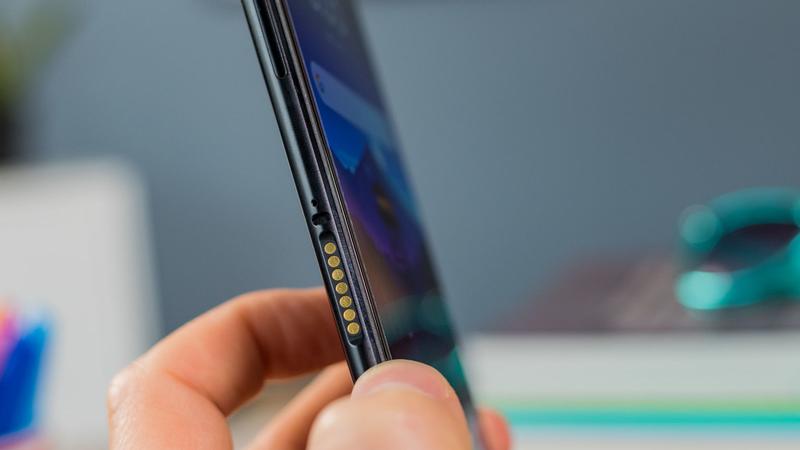 Gaming features aside, the Red Magic 3 is a large device – so large, in fact, that we struggle to use it one-handed. It measures in at 171.7 x 78.5 x 9.7 mm and weighs 215g, and while it’s hefty, that’s not the issue. We’ve found that it’s simply too tall to use one-handed, with no real way to comfortably reach the top of the screen using our thumb.

The design gripes don’t stop there, either. The display sports rounded corners and has a noticeable forehead and chin. That’s not necessarily a bad thing, but it does look a little dated compared to the suite of bezel-less smartphones available in 2019. The only saving grace is that the forehead and chin of the smartphone house front-facing stereo speakers that allow you to grip the phone comfortably without blocking audio output.

Premium internals without the price tag

Inside the Red Magic 3, you’ll find a Snapdragon 855 chipset and an Adreno 640 GPU. But while that’s standard across all variants, the amount of storage and RAM depends on the amount you want to pay. You’ve got 8GB+128GB or 12GB+256GB to choose from, with a price difference of £110/$120. The 12GB option does look tempting, but we doubt that the average gamer would notice the difference in performance.

That performance is, unsurprisingly, impressive. We’ve not experienced any kind of lag or framerate drops when using the smartphone to play games, browse social media and take photos. It didn’t even break a sweat during a long PUBG Mobile session with graphics set to Ultra, and this is backed up by our benchmark results below. For context, we were supplied with the 8GB/128GB variant for review.

It’s a similar story in the battery life department, with the Magic 3 boasting a whopping 5,000mAh battery. That’s more than enough to get you through the day with about half of the battery remaining. It does admittedly drop down when you spend a lot of time playing games, but the drain is nowhere near noticeable as other smartphones on the market. For context, the Red Magic 3 lasted 11 hours and 46 minutes during our battery test, compared to just 6 hours 27 minutes on offer by the Asus ROG Phone.

When it does come to time to charge, the Red Magic 3 offers 27W fast charge support, although sadly, you don’t get a powerful charger in the box.

Oh, and it sports dual-band Wi-Fi alongside Bluetooth 5.0 and GPS, but rather surprisingly, there’s no NFC. Those wanting to use Google Pay will have to look elsewhere! 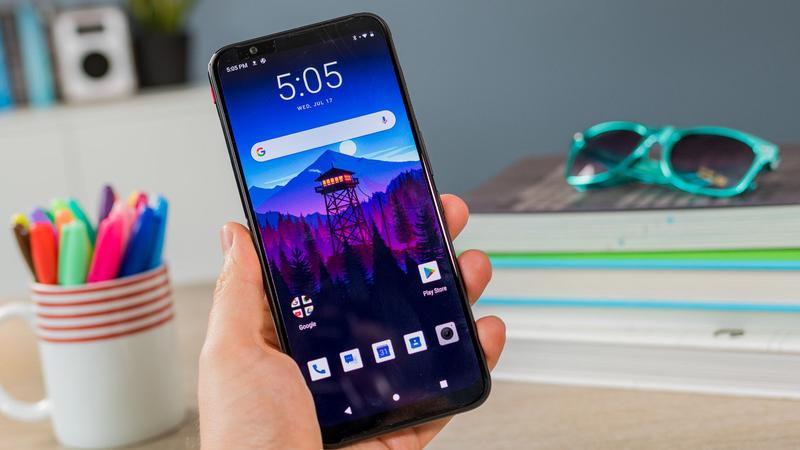 The cameras miss out on the Magic

Cameras are notoriously a weak spot amongst gaming-focused smartphones, with manufacturers often focusing too much on the gaming aspect and not considering other wants and needs – it’s not like gamers hate taking photos, right? 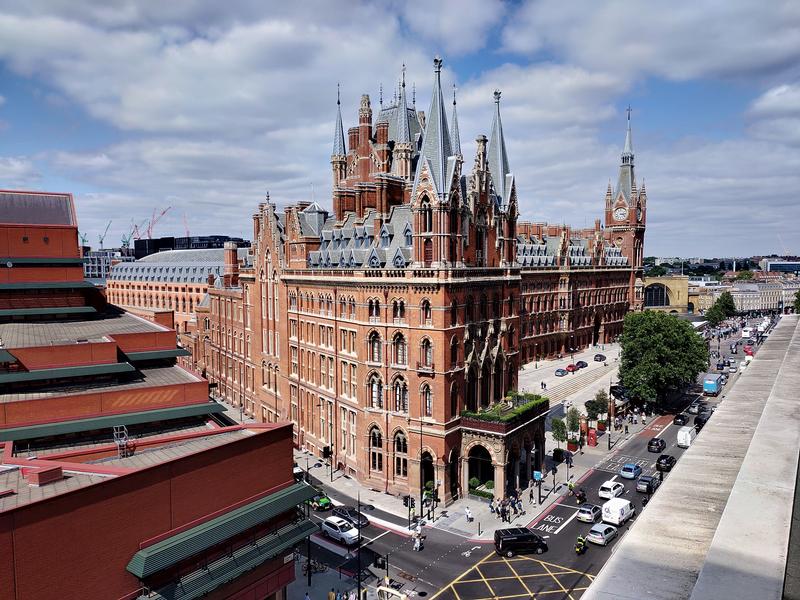 Although there is a solid improvement compared to the Red Magic Mars, the camera offering of the Red Magic 3 is still lacking compared to flagships in 2019. It sports a single 48Mp sensor on the rear, boasting f/1.7 alongside a single LED flash and HDR support.

The performance in low-lit environments is surprisingly decent, although it does struggle with areas of extreme light and dark, often blowing out or going too far in the other direction. 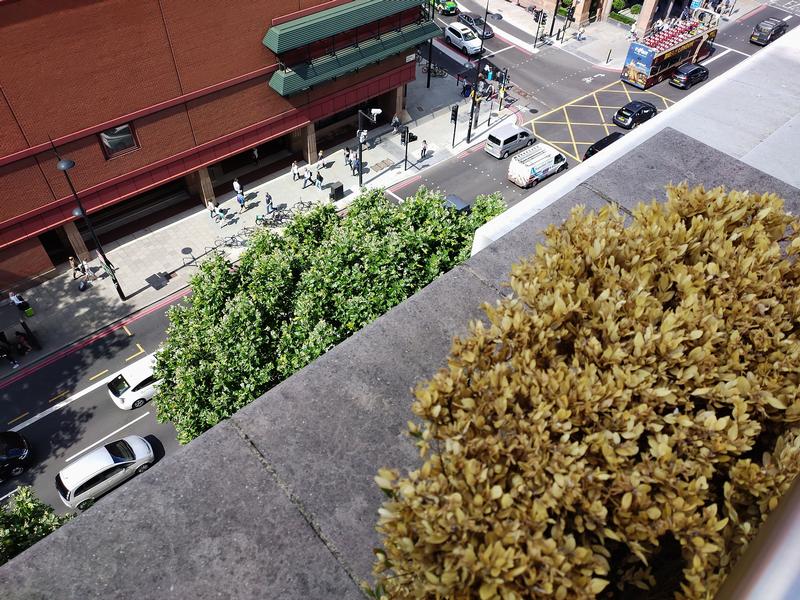 Things do improve when taking photos outdoors, producing relatively detailed images, but it lacks the capabilities of modern smartphones – there’s no 2x optical zoom or wide-angle camera on offer, limiting your photography options. There is admittedly a Portrait mode, but without a second camera to detect depth, the results are often hit-and-miss. 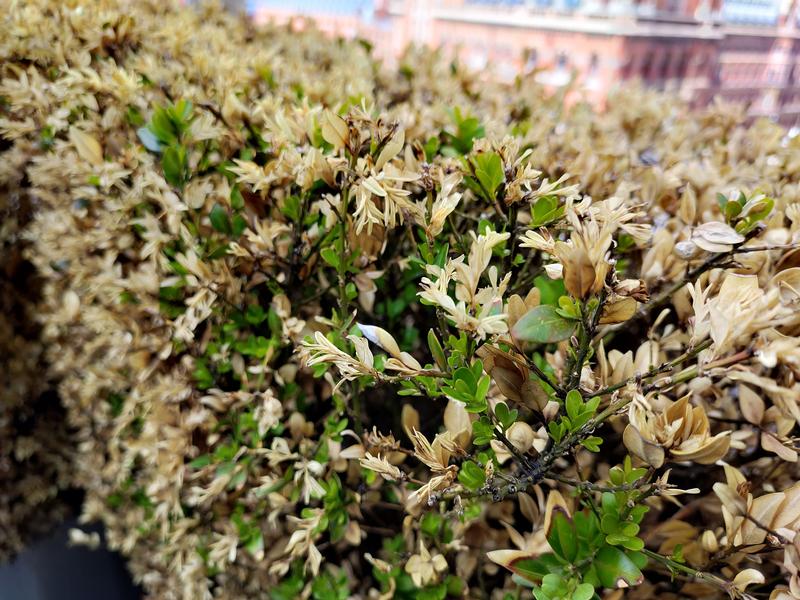 It does offer a suite of video recording modes, ranging from 720p@30fps to 4K@60fps and even an experimental 8K@15fps, although we think the latter is no more than a gimmick. The only real disappointment is that there’s no electronic or optical image stabilisation on offer, so videos can come out shaky no matter the resolution you decide to shoot in.

On the front, you’ll find a single 16Mp camera with HDR support and 1080p video recording. It’s good enough for the occasional Snapchat selfie or Instagram post, but it won’t be winning any awards for best front-facing camera anytime soon.

The UI needs some TLC

The Red Magic 3 sports Android 9.0 Pie, although with Nubia’s custom OS on-top. After spending time with it, we think it’s like marmite; you’ll either love it or hate it. It varies between small changes, like square icons instead of circular, and larger changes, like a custom notification shade and a lack of gesture navigation options.

Beyond that, the UI needs a bit of TLC – especially in the dedicated Game Space – as we’ve come across chunks of text that are either in broken English or (what we assume to be) Mandarin. Yes, Red Magic isn’t as well-known as the likes of Razer and Asus, but to compete you need to focus on the software as well as the hardware.

The biggest disappointment at the time of writing is that the infamous LED strip doesn’t really work. It lights up green to indicate charging and changes colour when activating the Game Space, but it doesn’t work when playing music, receiving notifications or when there’s an incoming call. We’ve tweaked the settings and even wiped the phone, so we’re awaiting a software update to (hopefully) fix the issue.

The Red Magic 3 is an impressive smartphone tailored towards gamers with features like touch-sensitive bumper buttons, custom cooling and a 90Hz display that can really provide the upper-hand in competitive mobile games like PUBG Mobile and Fortnite. The internals are impressive, especially for the price, and the 5,000mAh battery is more than enough to get you through the day without a top-up.

The only area of the Red Magic 3 that needs some attention is the software, which is missing key Android Pie features like gesture navigation, and it even features broken English/Mandarin in certain menus. It’s admittedly a small problem considering the price point and what’s on offer, but it’s worth considering if you’re as software-focused as we are.