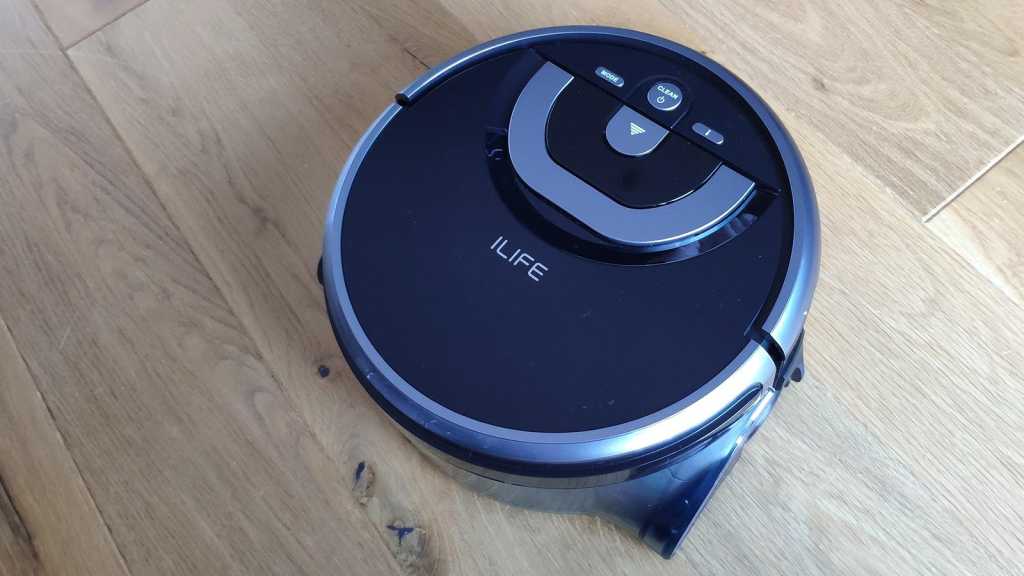 A luxury item that takes us one step closer to the fully automated home, the Shinebot W400 iLife can support a robot vacuum with automated mopping of your hard floors. Performance is very good, even without being able to add disinfectant or bleaching agents, and the W400 can comfortably clean around 50 square metres from a single charge. It leaves flat floors almost entirely dry, collecting the dirty water as it passes over an area. Though it’s not an entirely set-and-forget solution, the iLife Shinebot W400 is certainly a handy gadget to have around – if you can afford it.

iLife makes a range of smart systems that help to automate chores around the home – specifically vacuuming, but now in the Shinebot W400 also mopping. It’s the first dedicated robot mop to pass through Tech Advisor’s doors, beating hands-down those robot vacuums that also have mopping facilities.

By leaving behind entirely the requirement for vacuuming, the W400 is able to perform significantly better in cleaning hard floors. It not only builds in a larger 0.85-litre tank and can therefore clean for longer, but has a secondary tank for dirty water and a scraper that ensures all that dirt is removed. This also makes it an improvement over those hybrid models, which simply wipe the floor and leave behind the dirty water.

In this respect it’s very different to robot vacuums, which will never entirely replace your ordinary vacuum in terms of performance, since in many cases it will actually clean the floor more effectively than will mopping it by hand.

The W400 is a brand-new product from iLife, and should be listed on Amazon UK imminently. It’s already available to buy from Amazon US, where it costs $249.99. Until 13 July you’ll find it reduced here to just $212.49. 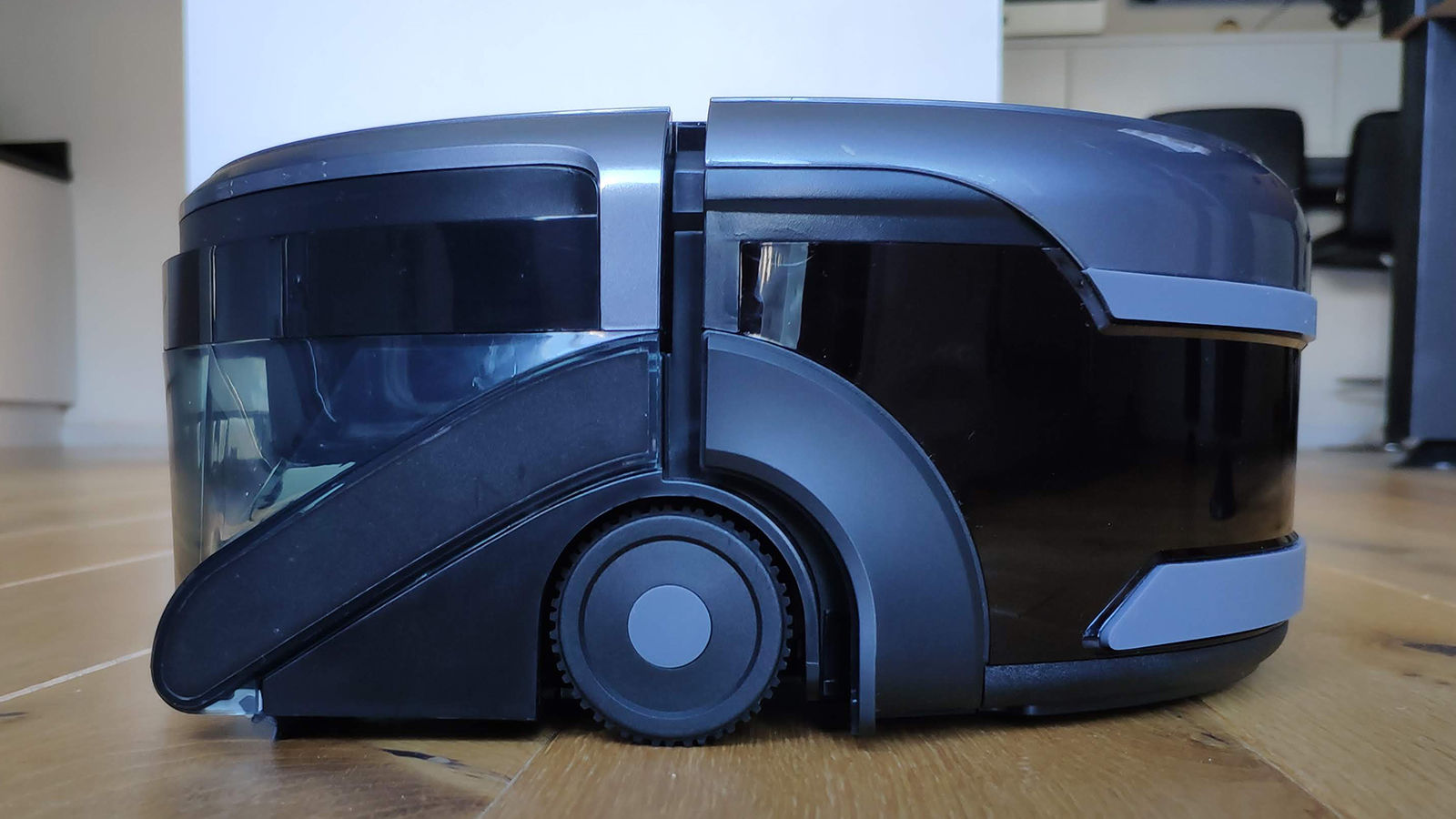 iLife Shinebot W400 in use

Setting up the Shinebot couldn’t be simpler, and it provides voice alerts at each stage of its cleaning cycle. You charge the battery using the included dock, fill the clean water tank with fresh water, then set it down and press clean. The only complicated part here is refitting the water tank, which is easy when you become familiar with it, but there is a definite knack to it.

There are various cleaning modes to choose from, with standard, edge and spot modes joined by an intriguingly named ‘Forbidden mode’. When we initially tested the iLife we were confused by the absence of anything in the box that would block it from cleaning carpeted areas, but this latter mode gets around that problem by ensuring the W400 is able to clean only the area in front of it.

That’s great, provided the area to be cleaned isn’t surrounded by carpet on more than one edge, though in our own testing we found that the Shinebot would not pass over any thresholds, so you’ll need to set it down and start it off in each room you want to clean. Apart from one small incident in which we caught it creeping up on the doormat it generally avoided these areas.

Its OBS all-terrain detection system also prevents it from falling down stairs and colliding with obstacles, and we couldn’t fault this in our tests.

Robot mops such as this are not designed to be used with any bleaching agents, so the only concern here is potential water damage should it find its way on to the carpet. Not using bleach is something we find difficult to come to terms with, though it’s true that bleaching agents are banned from use in many public areas, and some people also refrain from using them in their homes.

We felt somewhat reassured by the fact that typical mopping merely douses all those nasty germs with a bit disinfectant, but this robot mop scoops them up after it. 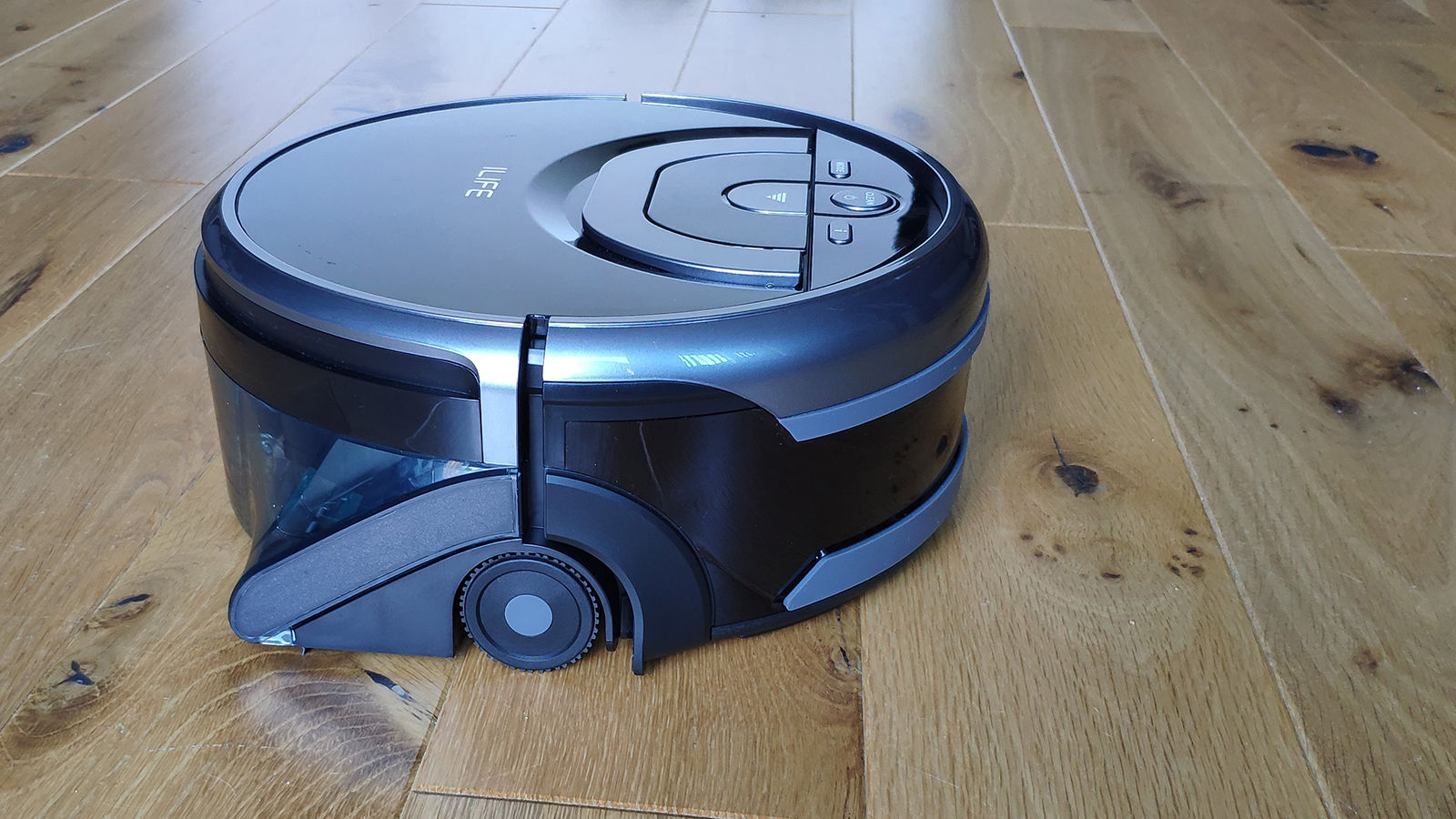 To begin cleaning you’ll find controls on the unit itself, as well as on a supplied remote control; it does not work with the iLife mobile app. The remote control is useful if you want to manually control where the robot cleans, but having several iLife products in our home, all of which are compatible with the same remote control, we typically tended not to use it.

It’s possible to change the cleaning mode and begin cleaning from the unit itself, however, and given that you’ll need to interact with this device more than you would a robot vacuum we didn’t find that too much of a hardship.

Not only must you fill and empty the water tanks before use, but the W400 sits on top of a charging dock on to which it is unable to climb on its own. This is a good thing, since water and electricity typically don’t mix well, and you should ensure it is completely dry before you begin charging.

You also don’t need to charge the W400 every time you use it: iLife suggests the 2500mAh battery is good for two full cleans of a 25-square-metre area (remember you’ll need to change the water in between), but in our tests we found it would do three full cleaning cycles in a slightly smaller room. All in the battery lasted about 2 hours in our tests, but took twice as long to recharge.

In general cleaning is very good, though the Shinebot struggled with a slightly uneven slate floor in the hallway. It fared much better over the flat wooden floorboards in the kitchen. Given a flat floor it is very good at removing the excess water behind it, and in this sense it’s interesting to note that the dirty water tank is actually slightly higher in capacity to the clean water tank (0.9- vs 0.85L).

A drawback of the high-capacity tanks is a larger body, and the Shinebot stands 118mm high. This does mean it won’t go under some furniture, but we found it does a good job of detecting obstacles and cleaning around them. It’s also rather heavy at 3.3kg, though a handle on top eases carrying it around. 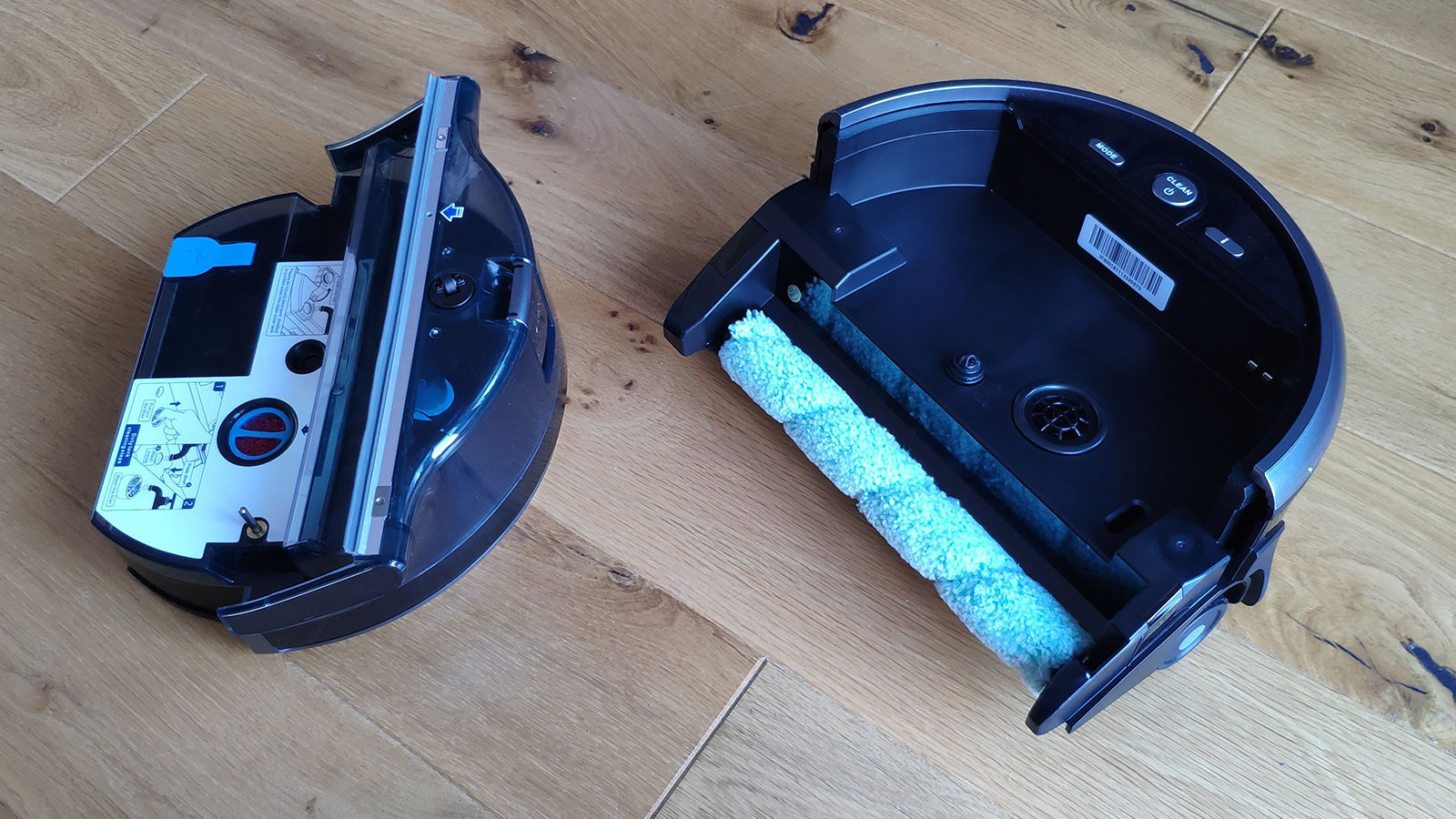 Maintenance is largely trouble-free, and you simply fill the water tank with clean water, give it a shake and let it out. There’s also a filter that can be pulled out and rinsed off, and you can quickly and easily remove the roller and scraper to clean those, too.

Included in the box is a spare roller and a couple of cleaning tools, but as with all these robotic cleaning gadgets it’s unclear where you can buy spare parts thereafter. In the past we have been able to source them on Amazon, but with this being a new device it’s no surprise to not find them freely available just yet.

We’ve been pleasantly surprised by the Shinebot’s performance in our tests, and despite our reluctance to being banned from the bleach we think it actually did a better job than a hand mop. It’s also a significant improvement over hybrid robot vacuums that include smaller water tanks.

This is not a completely set-and-forget solution in the same respect as most robot vacuums, but it does take the hassle out of mopping. That said it is a rather expensive and therefore luxury item, but if you can afford it you won’t be disappointed.