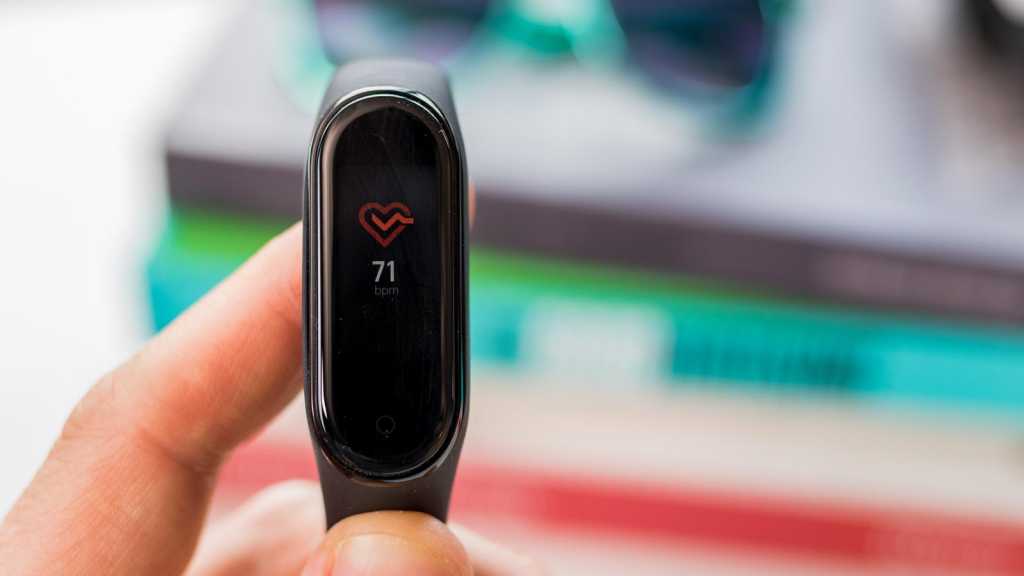 Coming in at half the price of the cheapest Fitbit, Xiaomi’s latest Mi Smart Band 4 offers activity-, health- and sleep-tracking at an incredible £34.99. The enhanced colour AMOLED panel alone makes it worth the upgrade, though it won’t entirely replace a smartwatch or smartphone for notifications, and we’re pleased to see Xiaomi taking advantage of the device’s waterproofing with swim-tracking. We’d love to see Xiaomi come up with a charging solution that doesn’t involve removing the tracker from the band, but Mi Band 4 is otherwise difficult to fault.

Please note that there is a newer version of this product available.

The most expensive Mi Band to date, it seems so very wrong to use the word “expensive” in a sentence that also contains “Mi Band”. This fitness tracker remains a snip at an incredible £34.99, and right now you’ll find it online for as little as £20.

Even at its full price, this fitness tracker is half the price of the cheapest Fitbit. This latest version retains its long battery life and adds sleep-tracking, heart-rate monitoring and various activity modes that include swim-tracking – unheard of at this price point.

Though the name implies otherwise this is in fact the fifth Mi Band to launch, but only the second in the UK. We’ve followed this Chinese company’s progress since the early days, when the original  Mi Band launched as a basic sleep- and fitness tracker with standout battery life and a circa-£20 price tag.  Mi Band 1S added a heart-rate sensor,  Mi Band 2 an OLED panel with basic notifications, and  Mi Band 3 proper waterproofing, a larger display and improved notification support.

Now in its fifth generation Mi Band 4 replaces the 0.78in OLED panel for a 0.95in colour AMOLED screen with 120×240 resolution, making it 40% larger but still incredibly light at just 22g. This display is customisable – to a degree – with 77 watch faces available to download, and it’s easy to switch between any previously selected compilations straight from the band itself. 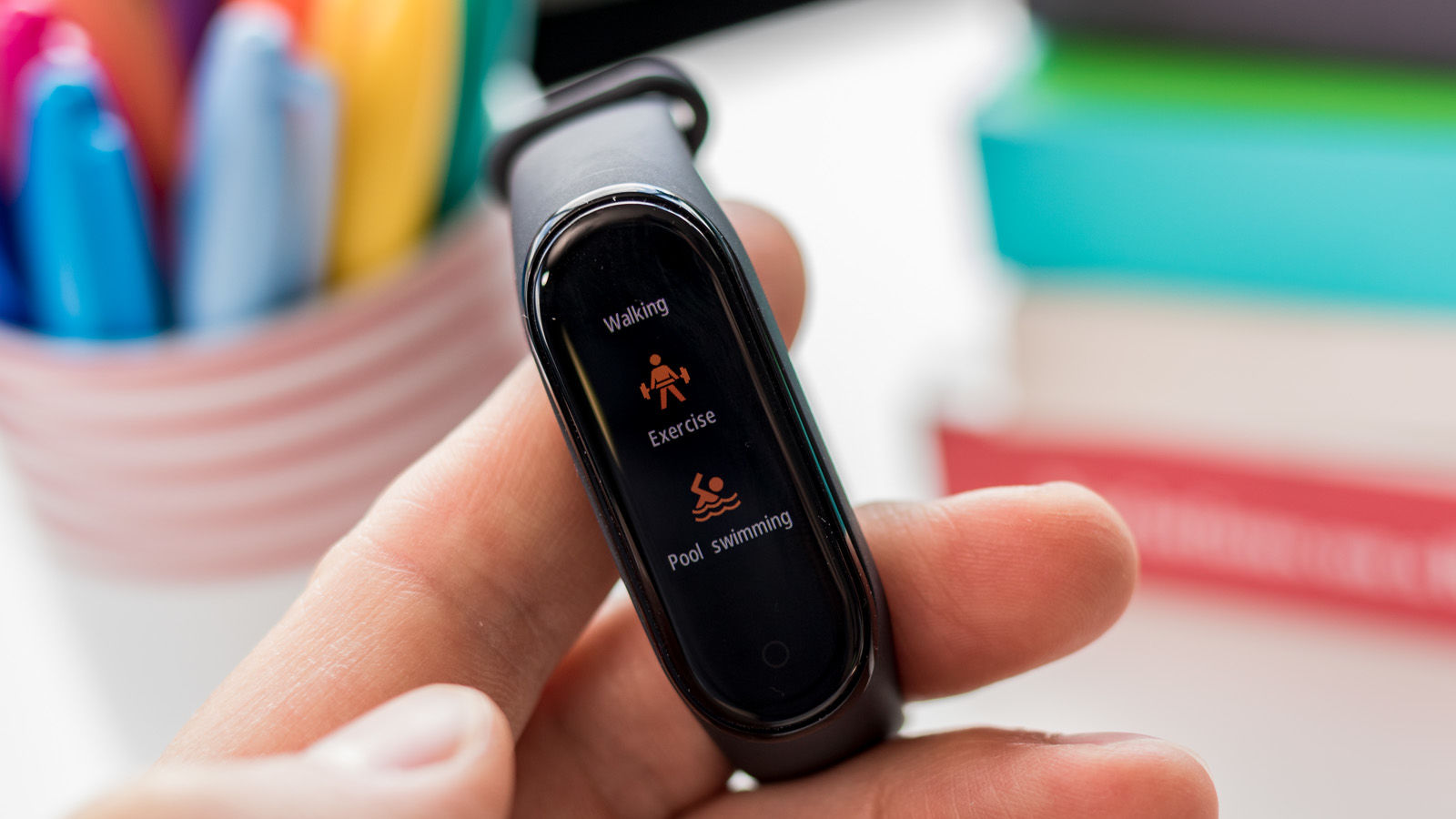 Arguably more exciting at this price is its 5ATM waterproofing and six-axis accelerometer, allowing it to monitor various activities including outdoor running, treadmill, cycling, walking, general exercise and swimming, and you can tag any behaviour that doesn’t fall into these categories. For swimming it is able to distinguish between strokes and will measure distance, calories burned, number of strokes and stroke rate, and uses a SWOLF (Swim Golf) score to analyse performance.

It retains the heart-rate monitor introduced in Mi Band 1S, but is now able to increase the frequency of measurements when it detects activity, and you can specify how frequently this should occur at other times. If you’re concerned about overdoing things you can also set an alert value for your heart rate, and should you hit that value without activity being detected it will sense something is wrong and vibrate.

This heart-rate sensor is also useful for more accurately monitoring sleep, and Mi Band 4 is able to measure your total sleep time and differentiate between light- and deep sleep. It will record these results over time to show patterns, compare your data with other users, and provide recommendations on getting a better night’s rest. 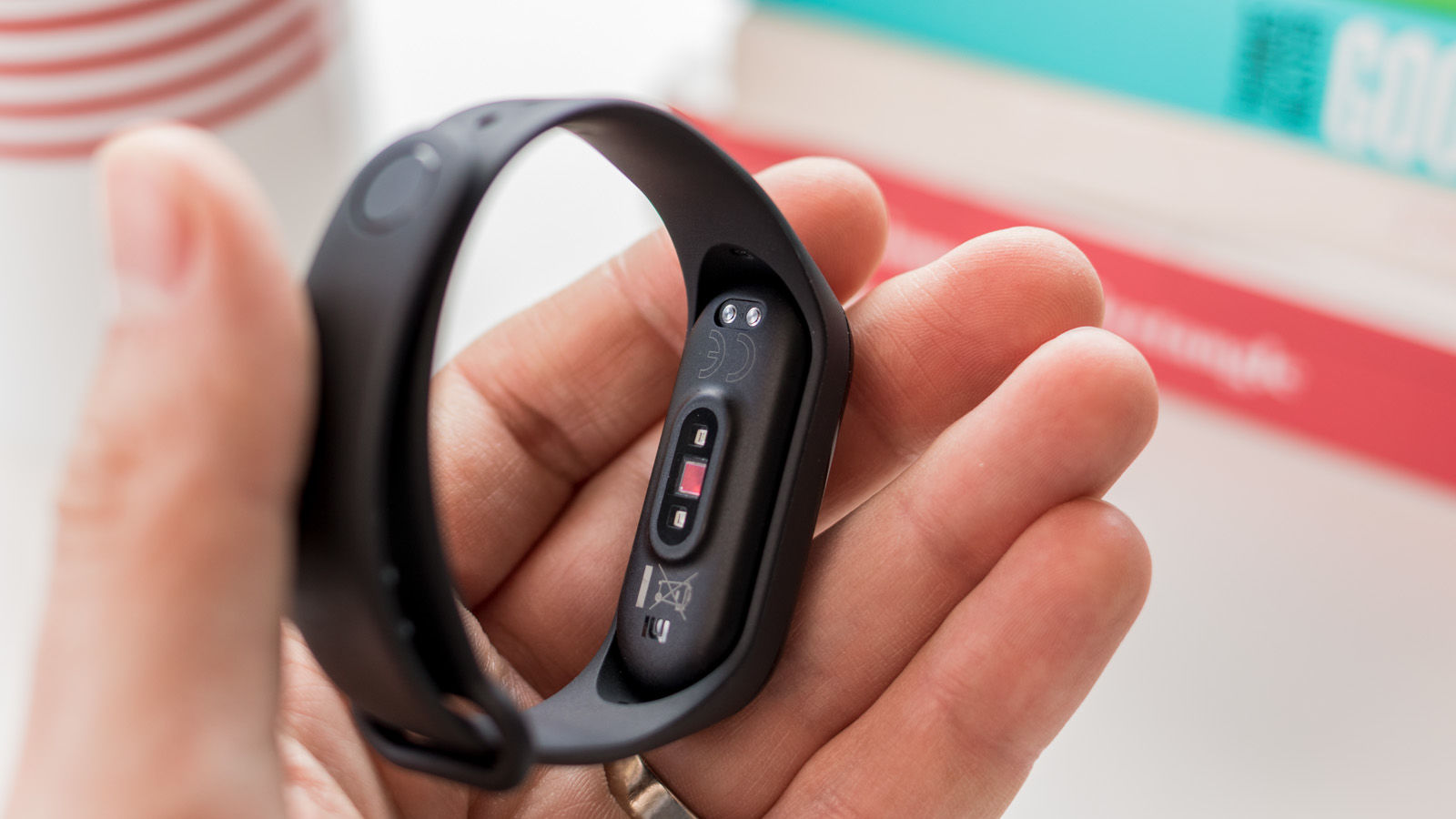 One of the key selling points of Mi Band has always been its long battery life, and though it now has a larger colour screen, Xiaomi claims it can still last up to 20 days depending on your usage. In our own tests we got through 60% of the battery in a week, though we are heavy users and receive a high volume of notifications with upwards of 1,000 Slack messages, about the same number of emails, and that’s before you consider any other notifications. 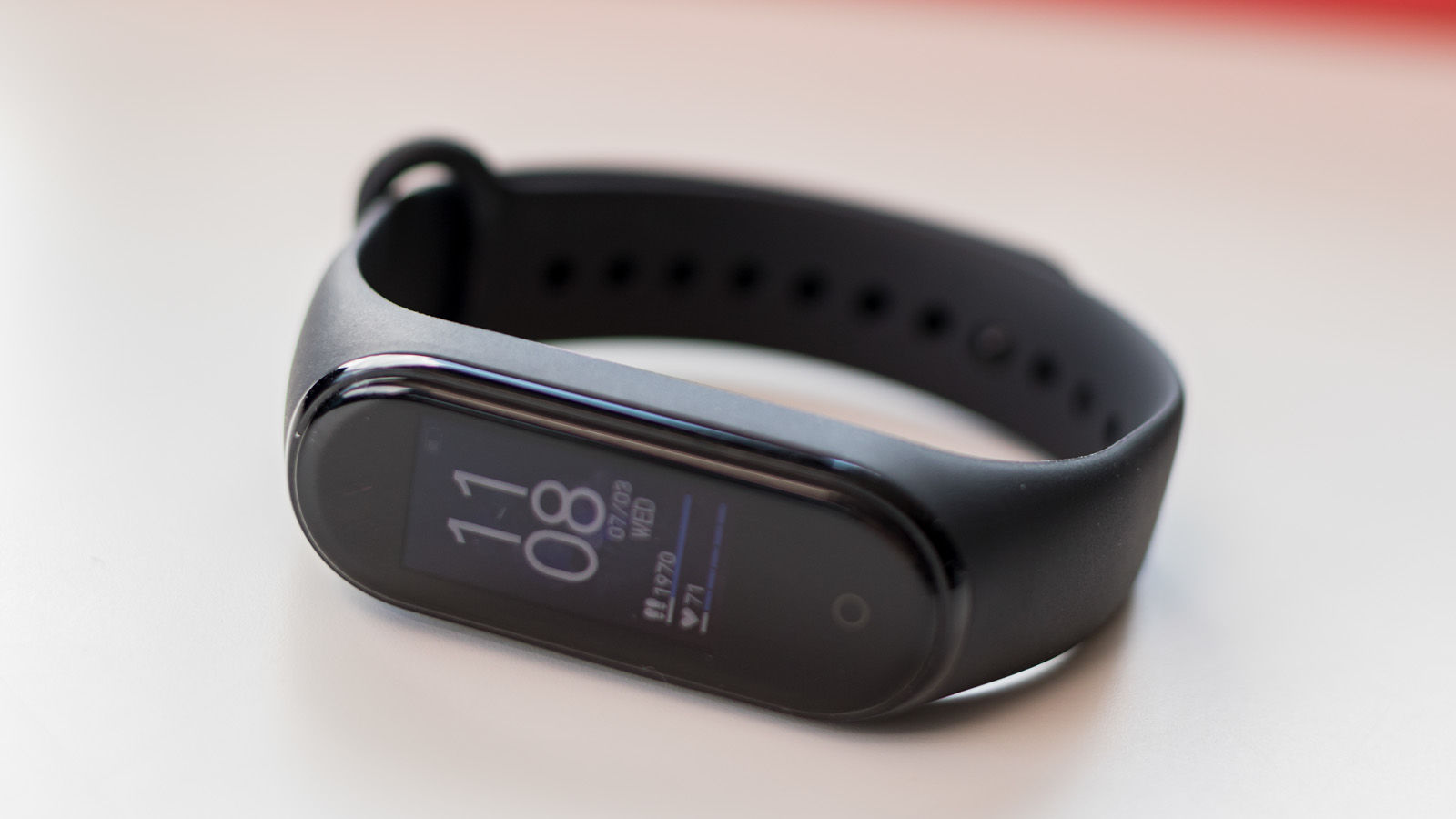 The Mi Band is a fitness band rather than a smartwatch, though there is some crossover. On its new 0.95in colour display you can see at a glance the time and date (along with number of steps and heart rate), simply by lifting your wrist or tapping the capacitive button below the screen. That action no longer feels as forced as it once did. 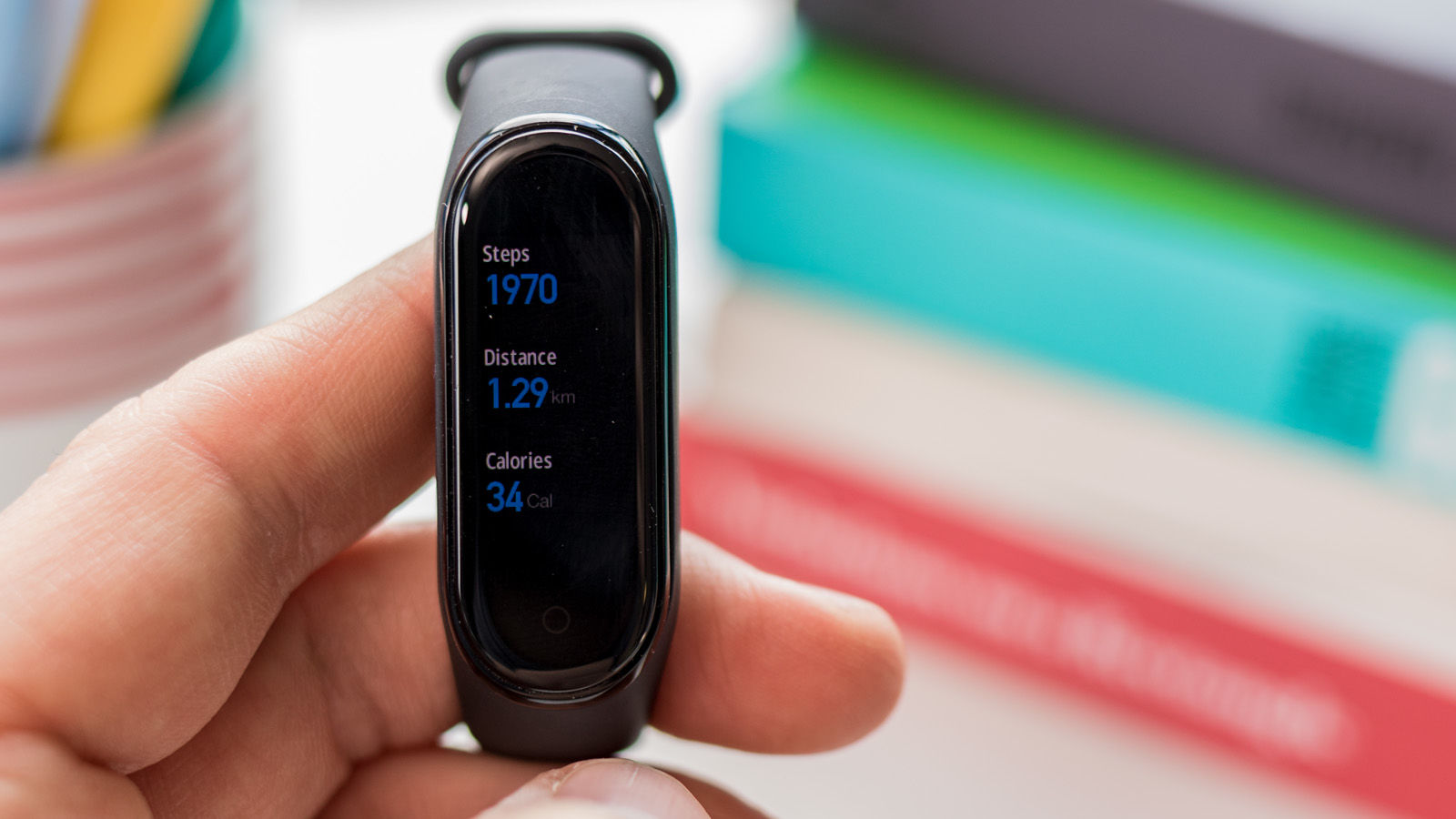 This is a very good AMOLED panel, offering excellent contrast and vibrant colours, and it helps to make this affordable fitness tracker look like a premium model. By default it’s set to only around 50% brightness to preserve battery power, but ramping this up to the full 450 nits will make it easily viewable in all lighting conditions. It’s not as prone to fingerprints as Mi Band has been in the past, and any that do linger are quickly and easily wiped away.

You can also use Mi Band 4 to set alarms and timers or as a stopwatch, check the weather forecast, play music and view notifications (up to three pages). The latter has improved significantly since the early days of Mi Bands with displays, but even so the screen really is too narrow to replace a smartwatch or your phone in this regard – as it should be, since a fitness tracker should be unobtrusive in design.

Email subject lines will scroll across the top of the display, but otherwise you’ll find around 10 characters can be displayed in a line. For some people this means the text will be too small to read, and you can’t increase the font size.

It’s handy for checking notifications without having to pick up and wake your phone screen every time, but there is certainly some room for improvement here. In WhatsApp, for example, we found that if someone sent us two messages we were no longer able to read the content of the individual messages. 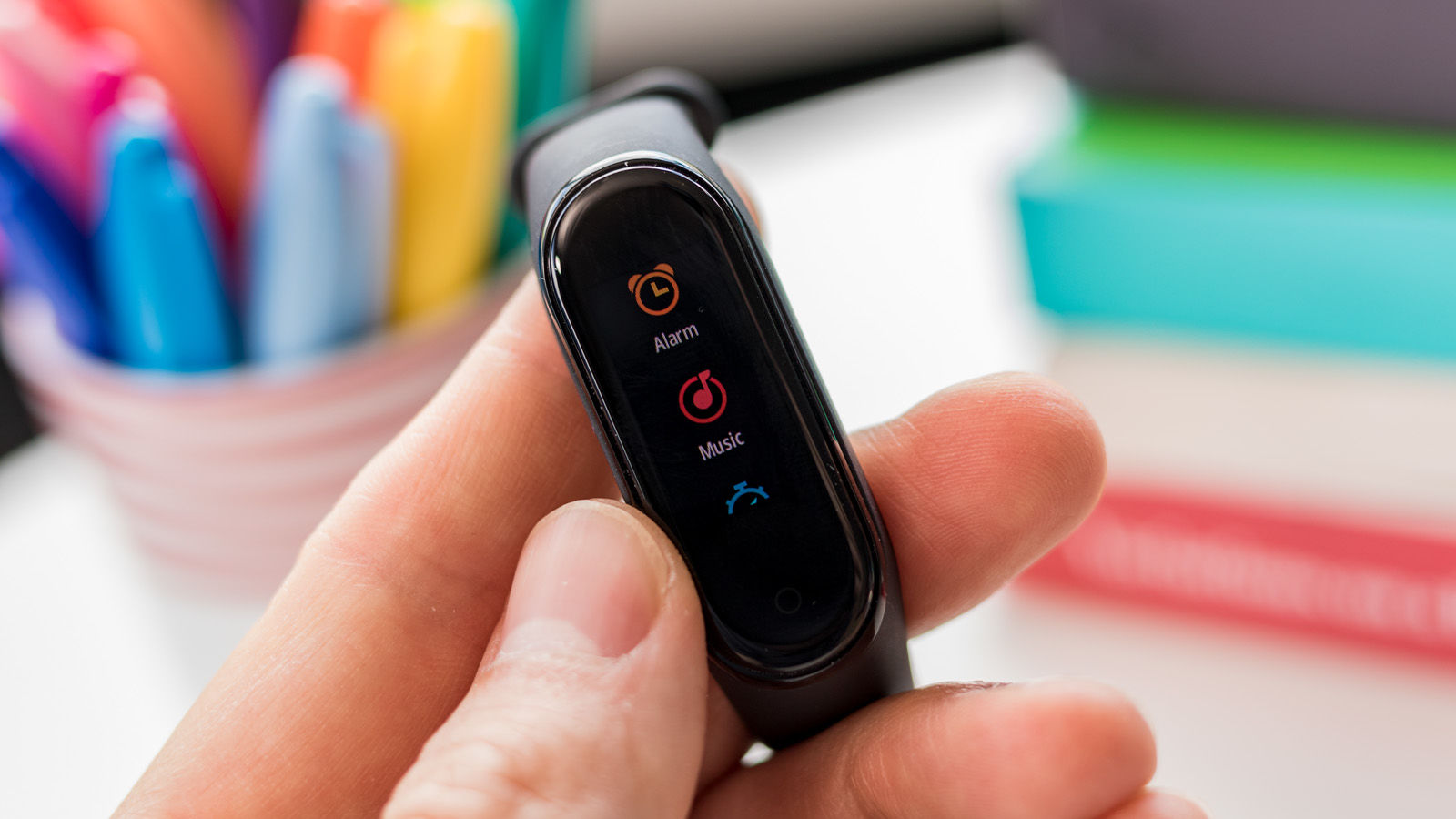 The small screen also means the battery indicator is too small to be properly useful, and though it might look as though the battery needs a top-up, by connecting it to the Mi Fit app we were able to see there was actually 35% remaining – enough for a good few days yet.

When it does come time for a recharge Mi Band 4 juices up pretty quick, which is ideal given that there’s no practical time to do so when you want it to track both your waking- and sleeping hours.

However, we have the same concerns here as we have always had with Mi Band – it ships with a proprietary USB charger that is not only easy to lose and not so easy to replace, but requires the tracker unit itself to be removed from the silicon band for charging. Each time you do this you weaken its grip, until eventually it is less able to hold on to the tracker. That said, we have had only one Mi Band strap fail on us in years of testing, and when they do eventually die you’ll find they are easily replaceable – in a range of colours, but one size fits all. 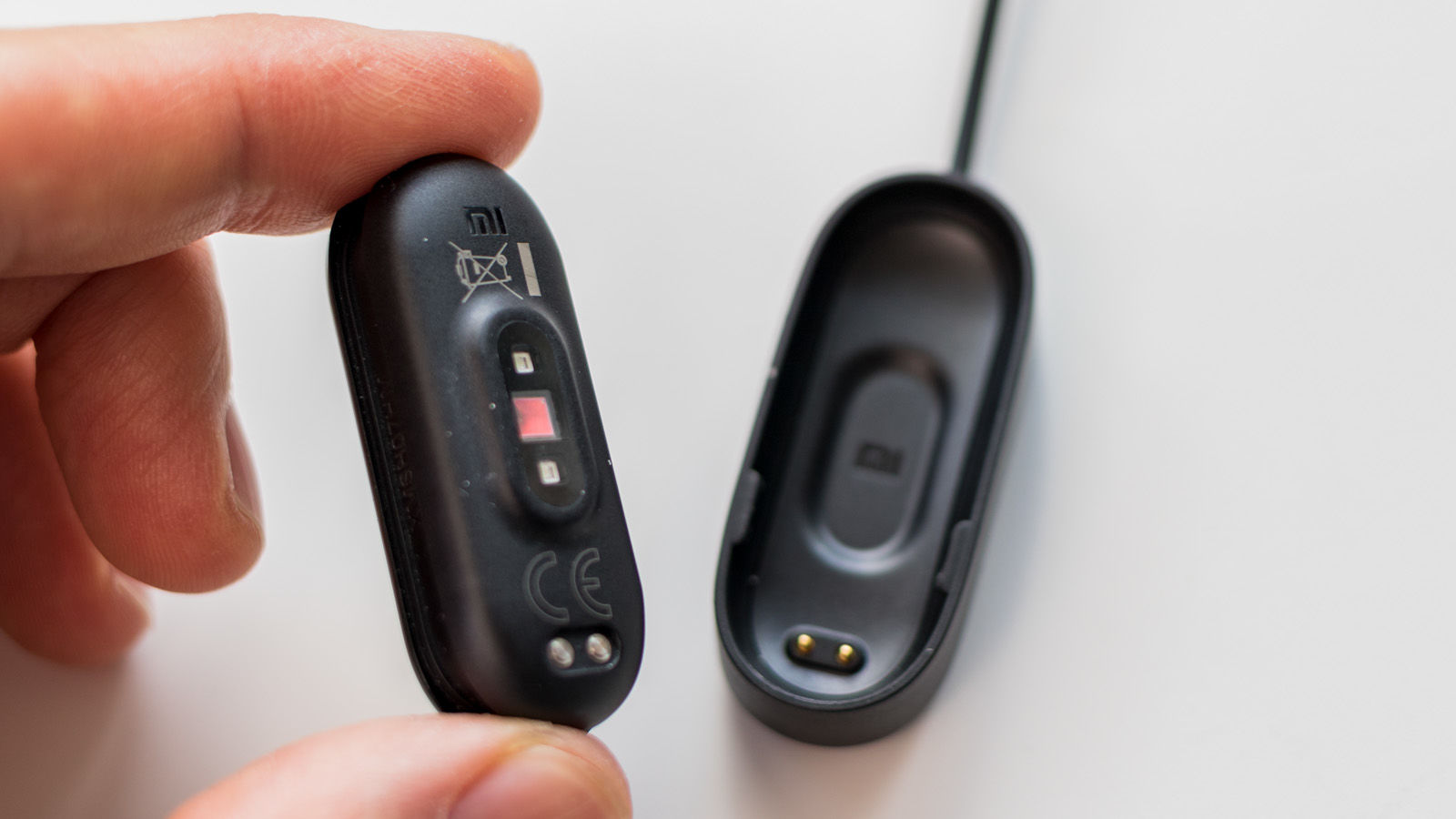 Many of the options are available from the device itself, but you will want to use the Mi Fit companion app to see data over time and access additional settings such as setting activity goals, configuring idle alerts and controlling which apps are able to bug you on your fitness tracker. You’ll also want to use the app to set up Bluetooth unlock, though a screen lock option is available from the tracker itself, and it’s also here you’ll find a range of band display designs to choose from.

Mi Fit can be synched with Google Fit and WeChat, and a Friends option in the Settings allows you to share performance with other Mi Fit users.

The new Mi Band could not be easier to use, with firmware updates and synching all happening simply with you launching the app and holding the tracker nearby. Almost everything else happens automatically without you prompting it, and the tracker can be as annoying or as chilled out as you want it to be in terms of alerts and notifications.

At this price the new Mi Band from Xiaomi is unbeatable. Packed with activity-, health- and sleep-tracking functionality, Mi Band 4 now looks the part too with its colourful AMOLED screen.

Check out our thoughts on the competition, too.