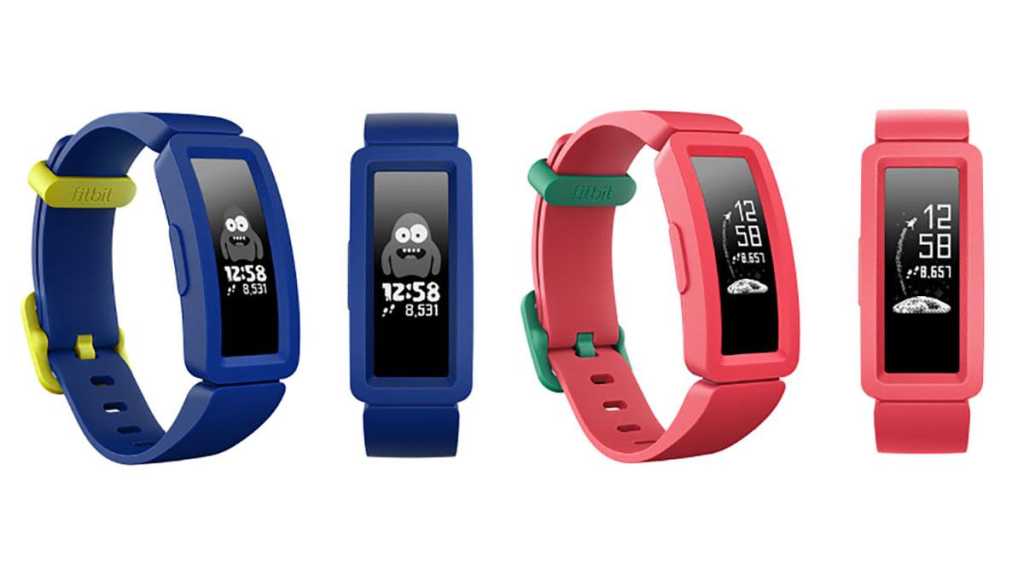 The Fitbit Ace 2 is designed especially for younger children. It’s a well-priced if basic activity tracker. It lacks the more advanced health measurements you’ll find on the pricier Fitbits but it has enough to motivate a family to up their exercise. The app is great, and features special Parent and Kid views.

Fitbit has a fitness tracker, the Ace 2, built especially for children – although it’s really developed for parents, as any Fitbit would work for children just as well.

Fitbit is aiming the Ace 2 at kids aged 6 and over, and has redeveloped its excellent mobile app to help parents monitor and motivate their children’s activity, as well as their all-important sleep (equally vital for parents, of course!).

UPDATE: Fitbit has a new kids activity tracker, the Fitbit Ace 3, available now. You can still find the Ace 2 available online as shown in our latest prices roundup.

The Ace 2, unsurprisingly, replaced the Ace, which was introduced in April 2018. Its looks are maybe less stylish than the original, but feels more robust, which will please the parents who paid for it.

This makes it one of the cheapest Fitbits you can buy; actually the same price as the adult Fitbit Inspire that it is based on.

UK: Buy the Fitbit Ace in the UK

US: Buy the Fitbit Ace in the US

You can also buy from a small range of accessory “Print” straps for the Ace 2, costing £24.99/$29.95/€24.95 from the Fitbit Store. These come in flavours known as Go! and Jazz, and another Classic option called Grape.

You have to be 13 to start a Fitbit account, although parents have got around this by faking their kid’s age on sign up. I have to admit to this myself. My daughter (now 13) has had a Fitbit for several years, starting with a Fitbit HR, and moving onto to Alta HR and now Versa smartwatch.

With the Ace 2 and its children’s account, Fitbit opens up the world of activity tracking to a much younger age group.

It also restricts certain aspects of the tracker and app. So out goes calorie counting, which might encourage weight disorders by overly focussing on weight instead of wellness and health.

And in come special Kids View and Parents Views via a Family account.

After setting up a Family account, which is easy enough, parents can see their kids’ activity and approve friend connection requests. Remember to set up the child’s Fitbit account first, before pairing the Ace 2.

Through the Kid View, kids can see only their stats data, badges and clock face options, plus are able to connect with parent-approved friends.

Fitbit allows the Ace 2 to be paired with only one mobile device at a time. If your child doesn’t have his or her own smartphone, then switching between Parent and Kid views can be a bit of a pain for the parent, with logging out and entering passwords each time you want to return to Parent View being quite cumbersome.

It’s not a problem if each child has their own mobile device – many have iPads, for instance, that can run the Fitbit app – but how many 6-year-olds have a phone?

Fitbit makes exercise fun for kids and adults alike with its animated goal celebrations, and wide range of app-based badges and avatars. Families and groups of friends can challenge each other to step-count competitions and challenges.

Check out all the Fitbit range in our  best Fitbit roundup, and find the right tracker for your needs.

The Ace 2 is based on the entry-level Fitbit Inspire, and records steps and active minutes – really just the basics, but probably all you need to motivate the family to exercise more.

It also comes with a silent, vibrating alarm and scheduled bedtime reminders, timer and stopwatch, Reminders To Move, and Call Notifications – but not text or app notifications, which should lessen the possibility of social distractions.

It motivates kids to reach the recommended 60 minutes of daily activity with an Active Minutes goal. In an age where screens lock all of us into a sedentary lifestyle, this might be a more important goal than the rather arbitrary 10,000 steps a day.

A mixture of regular exercise and a daily goal will suit children as well as adults. In some ways, kids’ lives are even more constrained than adults, especially when at school. It’s going to be impossible to get up and move around during Double Maths, but over the course of a day it should be possible to stretch those legs more than you can get away with. Reminders to Move (hourly alerts that you haven’t got off your chair much) and that daily steps goal should be enough to encourage a more active routine.

It can also measure basic sleep patterns – remember that sleep is just as important a health metric for children (and adults) as exercise. A good night’s sleep helps to maintain a healthy weight and also process all that educational information they’ve (we hope) been taking onboard during school.

As the Ace 2 doesn’t include a heart-rate monitor it won’t show the more sophisticated Sleep Stages measurements – that record the amount of Light, REM and Deep Sleep – that you’d see if using a Fitbit Inspire HR, Charge 3, Versa or Ionic tracker.

Battery life is around 5 days, which is reasonable, and fairly typical for the Fitbit range.

While the original Ace was based on the stylish adult Fitbit Alta, the Inspire-based Ace 2 has a more childish strap design. It is for children, of course, but I think many kids over 10 will desire something a little cooler.

The fun, colourful strap does protect the actual tracker and touchscreen much better than the Ace 1, as it adds a silicone bumper around the edges. It can be popped out quite easily, though, which you might not want your child doing on a regular basis if you want to avoid it being lost.

The watch-style buckle is appreciated, as this makes it far less likely that the tracker will slip off a child’s wrist.

Like most newer Fitbits, the Ace 2 is water-resistant up to 50 metres – a big improvement on the original Ace. While it’s not officially “waterproof” it can be worn in the swimming pool, although it lacks the swimming measurements found in the Charge 3, Versa and Ionic.

Maybe I’m too used to my larger-screened Ionic but I do find the Ace 2’s screen difficult to read on most things except the time, as the step count is displayed pretty tiny. While you don’t want your child constantly distracted by the step count, I’d have preferred a clock face that displayed the stats larger – mind you, it’s the same with even the Charge 3.

This might be a concern with much younger children who are less able to read, especially as the screen stays in display mode for only five seconds before you need to push the button again. Fitbit should increase the time that the display is on after a push, rather than set the tracker up in the same way as for adults.

The Ace 2 does come with a bunch of alternative clock faces but if you want colour and more readable text, then you need to look at one of Fitbit’s smartwatches (Versa or Ionic).

If the slightly kiddie design and lack of advanced features will irk your youngsters, consider the similarly priced Fitbit Inspire, which drops the protective bumper. Actually, you can buy a strap for the Inspire and pop the Ace 2 tracker into it, as it’s the same design.

The Inspire does add Calories Burned and Female Health Tracking – maybe neither of which is really appropriate for younger kids anyway. But the Inspire does include Auto Exercise Detection, as well as text, calendar and smartphone app notifications.

A bigger step up would be the £89/$99 Inspire HR, which adds a heart-rate monitor, exercise modes, swim tracking, and more sophisticated sleep measurements. Read our Fitbit Inspire HR review.

A little bit more to pay again will get you the Lite Version of the Fitbit Versa, which boasts a colour screen and a range of apps. Read our Fitbit Versa Lite review.

But if you want to get the Parent and Kid Views, these work only with the Ace 2 and older Ace. Without these, you can still compete against your kids in the normal seven-day Leaderboard, but you won’t see daily steps or activity.

We heartily recommend families get into healthier lifestyles together via technology such as activity trackers. Fitbit is the market leader and boasts a great app with motivational badges and competition with friends. The Ace 2 is built especially for younger children, and will probably appeal more to those under 10, as older kids will likely prefer the more stylish ‘adult’ trackers that also offer more advanced features. But the Ace 2 is a great introduction tracker that should motivate not just little Jonny and Jane but the whole family, too.