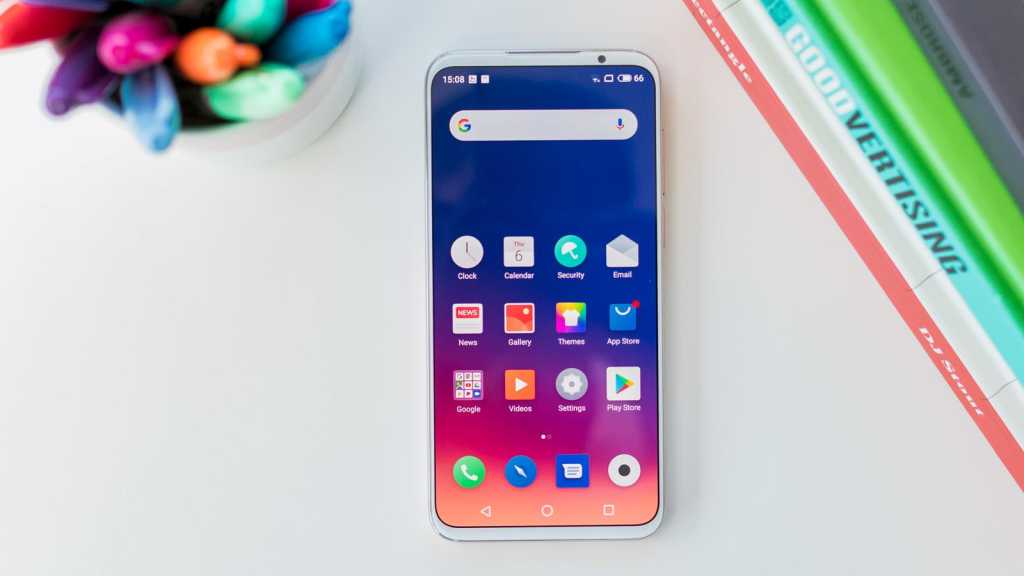 With a slim, well thought out design, no notch, top level performance and a great price the Meizu 16s should be a winner – and no doubt it will be for people in the east. But for the western market the software is a little abrasive and Android 9 Pie has a skin that makes it barely recognisable. If you can look past that then the 16s is a really solid choice to import.

Meizu is a Chinese smartphone maker less familiar to western audiences than OnePlus, Huawei and Xiaomi. Even Oppo has broken through into the market to give people a wide choice of high-end Android handsets as former heavyweights Sony, HTC and LG struggle.

While you will have to import one, the Meizu 16s is a really good smartphone. It has no notch, blazingly fast performance and a quirkiness about it that I ended up quite liking. But it certainly won’t be to everyone’s tastes given just how unusual the Android skin makes using it feel.

It makes it considerably less than any other Snapdragon 855 phone on the market. It’s closest in price to the Xiaomi Mi 9 that costs £499. On this, Meizu can’t be beat currently and shows that Chinese smartphone manufacturers are charging fairer prices for this level of hardware than companies like Apple, Samsung and Sony.

If saving tons of money appeals to you (it probably does) then it’s lucky that the Meizu 16s also looks pretty great. It doesn’t break many design barriers and ends up, in the white model I reviewed, as a hybrid of an iPhone X and a Samsung Galaxy S9 – the former in its silver rim and vertical camera alignment and the latter with the curved display and no notch.

The 6.2in AMOLED screen is flat and sits inside tiny bezels, resulting in a 91.53% screen to body ratio. Meizu has used Samsung’s latest tiny front facing camera in order to work without a notch or a punch-hole design and I applaud it.

Screen quality is also amazing, with great brightness and clarity, and viewing angles that don’t distort or discolour the image. Colour me impressed.

It’s a pleasant phone to hold and is very slim and compact despite that large display at only 7.6mm thick. I much prefer the white version to the carbon fibre effect black model with its pattern underneath the glass, while the third blue option is reminiscent of every Honor phone ever.

It’s a very refined and attractive, if slightly unremarkable design that nevertheless shows off the variety of handsets the Chinese market has on offer. For every  crazy pop up camera there’s a perfectly serviceable but well-made candy bar phone like the 16s.

Meizu gets to that attractive price point by cutting some corners. There’s no wireless charging here despite the smashable rear glass plate, and no waterproofing to be seen. Unfortunately, there’s no headphone jack either and in true cost cutting fashion no dongle – so it’s Bluetooth all the way here for your headphone needs. Dual speakers work very well, but are easy to cover in landscape when gaming.

There’s NFC for Google Pay too, which worked great for me in the UK, and good to see included on a Chinese imported phone. Call quality was excellent on the earpiece that sits neatly in the very top edge of the phone.

If the omissions are indeed to save costs then in-screen fingerprint scanners must be cheap – there’s an optical one here, and it worked consistently well, though I did have to enrol my right thumb twice for some reason.

If the missing features don’t bother you (they don’t me in day to day use) then you’ll find yourself dealing with a very capable high-end smartphone. The Snapdragon 855 also found in the US Galaxy S10, Sony Xperia 1, OnePlus 7 Pro and Xiaomi Mi 9 features here and the 6GB RAM in my review unit means this is a phone that flies through every task you throw at it.

Benchmarks below show it scores just as high as all those phones and then some for processor and GPU speeds. In real world use I didn’t notice any slow down at all.

The model I was sent, M971H, has Google Play Services as well as the Meizu app store. Sometimes Chinese imports don’t have Google installed so it’s good to see Meizu recognise the western audience on this front. But check before you buy.

The only slowness I really came across was my own in my unfamiliarity with the layout of the software. Granted, I change phones a lot given my job, so in my two weeks with the 16s I perhaps have not got fully used to the differences. But Meizu’s Flyme OS skin over Android 9 Pie is the definition of change for changes sake – in the eyes of this western writer.

And, like when I review Oppo phones, I fully appreciate that these are skins geared towards Chinese tastes and aesthetics. But I didn’t like how it changes all the icons to squares (an option in the menu to turn this off does nothing), how there is no app drawer and how you can’t turn off or tailor notifications for specific apps from notifications themselves – something I didn’t realise I do loads until I couldn’t do it.

It has its charms though, and I liked the aesthetic after a while – it doesn’t take itself too seriously. I really liked the small touches, like swiping down on an app in the app switcher lets you blur it so its contents are hidden from prying eyes, something I’ve not seen on any other OS skin.

Another unique feature in lieu of an app drawer is the quick launcher, accessed by pressing and holding on the right of any home screen. You scroll through a vertical alphabetical list to search apps and select the one you want – it’s great.

While the face unlock feature works very fast, it isn’t secure enough for biometrics. But I love how your face can unlock otherwise hidden lock screen notification content – a neat feature that is missing from loads of Android phones (except the LG G8), and is most commonly seen on iPhones with Face ID. It’s a tiny touch that massively improves my interactions with the phone.

Once I was more used to the software it meant I enjoyed the phone’s speed a lot more. There’s just a steep learning curve.

You might want to save some money on the high end Meizu 16s for its above average cameras (the black dot below the cameras is a flash).  It has dual 48Mp f/1.7 and 20Mp f/2.6 sensors, the latter secondary for zoom shots. Meizu claims it delivers 3x lossless zoom. I’m a bit sceptical on that as 3x zoom shots often lost detail and became blurred in part.

Dynamic range is generally good, though sometimes the sensors struggle with blown out white skies and the like. Portrait mode is also a little ropey, but it’s good to see pro, panorama, QR code, time-lapse, slow-mo, square and night modes all built in. The night mode boosts low light shots a bit, but don’t expect the quality of Night Sight on the Pixel phones.

If you plump for this phone the camera won’t overly disappoint you, it’s more than capable as a point and shoot. But it ain’t smartphone camera royalty.

Thankfully you can easily turn off the beauty mode on the selfie camera – off, lightly beautified and heavily beautified are the charmingly named options. The 20Mp sensor is nothing to write home about, but it’s good for selfies and video calls.

Chinese phone brands OnePlus, Xiaomi and Huawei are now sold officially in the west but you should still consider saving even more money on the Meizu 16s. It has the same excellent performance as the 7 Pro, Mi 9 and P30 Pro from those other companies respectively and costs less than all of them.

The software is a bit tough to get used to and is more on rails than most other Android skins but there’s a certain charm about the simplistic, notcheless design that I warmed to. And at around £350 for a Snapdragon 855 you might well be wise to warm to it too.