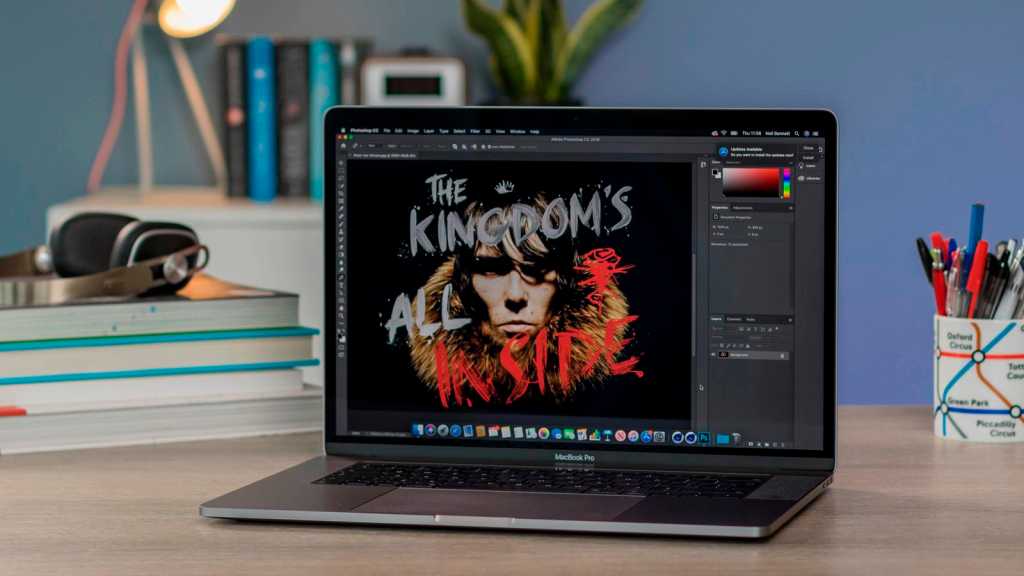 You’ll need to weigh up how much you need an incredibly powerful Mac laptop with concerns about the keyboard. Opt for the 16in 2020 model if you can afford it, but otherwise this remains a very capable pro laptop.

Apple’s updated the MacBook Pro for 2019 with what proved to be the last 15in MacBook Pro – at least for now.

Since then the 15in has been replaced by a larger 16in MacBook Pro model, but while Apple itself no longer sells the MacBook Pro 15, you can buy it from other retailers or refurbished. So is it still worth considering?

These chips are primarily designed for creative professionals and gamers. However, they do have some benefits for those performing general office tasks and other more consumer-focused applications, in as much as they could save battery life because they can run in low-power mode. We’ll take a closer look at the processors and other updated components below.

Before we do, a quick word about what hasn’t changed.

Up until the more recent 16in model, the MacBook Pro design hadn’t really changed since 2016 when Apple introduced the Touch Bar and a Touch ID sensor, a larger trackpad, and replaced all ports with USB-C (which double up as Thunderbolt 3). That 2016 model was the first MacBook Pro to be available in Space Grey in addition to the standard Silver finish.

The dimensions also changed very slightly back in 2016 and nothing has changed in that respect since. The other change in 2016 was the return of the name ‘MacBook Pro’ to the bezel below the screen.

Speaking of the screen, the MacBook Pro has featured a Retina display since 2012. The Retina display was improved in 2016 when it gained an improved colour gamut, more brightness and better contrast. Further changes came in 2018 when Apple added the True Tone display technology that first appeared on the iPad Pro and essentially makes sure that the colours displayed are accurate regardless of the lighting.

If you are considering updating from an older, pre-2016 MacBook Pro you may find yourself missing Magsafe, the magnetic power cable that would disconnect rather than pull your laptop to the floor if you tripped over it. We don’t suppose that many people will find themselves in this somewhat unlikely scenario, but it’s likely that a fair few will be frustrated if they have to unplug something from a USB-C port in order to charge their laptop.

The other big change that came in 2016 and has plagued MacBooks ever since relates to the keyboard. A ‘butterfly’ mechanism beneath the keys meant that the laptop could be a fraction slimmer. In terms of how this changes the typing feel I find that the lack of travel can be a little disconcerting, like the key isn’t really moving beneath my fingers, and I also feel that the keys are a little close together, but it does have its benefits: the butterfly mechanism means that it matters less where on the key you press.

However, there have been cases of these new keyboards suffering from an issue where dust trapped beneath a key can render that key unusable. The problem is that the issue can’t be fixed easily, it’s not possible to just remove a key and clean it like you might have in the past. Thanks to the new design the whole keyboard needs to be removed.

The good news is that Apple does have a repair program for this very issue. So if you do encounter it within four years of purchasing your MacBook Pro, Apple will repair it for you for free. So if it’s something you are concerned about that should offer you some peace of mind.

The fact that the repair program was extended to include the 2019 MacBook Pro doesn’t do much to indicate that the issue has been rectified, but we do know that Apple has made changes to the keyboard material in 2019 that could go some way to stop the issue occurring. Mind you, the company did add a membrane beneath the keys of the 2018 model and that didn’t rectify the problem.

It’s telling that the 2020 MacBook Pro models have swapped keyboard mechanism entirely, so if you’re worried you may want to spending a little extra on a more recent MacBook.

While little has changed on the outside of the MacBook Pro in the past few years, there is a change to the inside.

As I mentioned above, the 2019 MacBook Pro marks a move from 8th-generation Coffee Lake to 9th-generation Coffee Lake Refresh chips. This might not sound very exciting, but it means that the top-or-the-range model now has 8-cores, rather than maxing out at 6-cores. It also means that the processor inside the entry-level 15in MacBook Pro is better than the processor in the 2018 top-of-the-range model.

However, aside from the processor nothing else has changed since 2018. The graphics options remain the same, ranging from a Radeon Pro 555X up to the Radeon Pro Vega 20 – the latter of which is in the model I’ve been testing.

Here are the main spec options:

There are also the following build-to-order options:

We ran Geekbench v4.3.3. Note that there could be some discrepancies in scores based on the version of Geekbench and the version of the operating system we are running on the Mac, but the results should still give a good indication of just how powerful the new chips are.

You’d expect the graphics card in this particular 2019 MacBook Pro to perform better than 2018’s model, because you’re comparing a Radeon Pro Vega 20 with the Radeon Pro 560X that was in the 2018 model we tested (and is still the standard offering in 2019’s MacBook Pro). It’s a similar story with the iMac, which features the 560X or 570X graphics as standard – but the model we’ve tested had a Radeon Pro Vega 48 GPU.

This is an interesting comparison because it shows just how much of a difference a super fast graphics card can make. And crucially, you can now plug in an external GPU, so even if you have a standard card there’s nothing to stop you plugging a faster one in later on.

We also run the Unigine Valley benchmark tests (which is handy because these haven’t recently been updated). They test performance and stability under high graphical workloads. I ran this at the top setting, Extreme HD.

This is one place where the MacBook Pro will be superior to an iMac with a Fusion drive, which is the standard option for most iMacs. Some of the iMacs we have tested have a combined SSD and hard drive and they saw much lower scores, 1,458MB/s read and 685MB/s write.

The battery inside the 15in MacBook Pro has a capacity of 83.6Wh, which is unchanged from 2018.

Apple hasn’t changed its claimed battery life for this model. As last year it should still manage up to 10 hours of wireless web browsing and 10 hours of iTunes movie playback. Of course if you are using the laptop to render a humongous file then the battery life will be lower.

To give a real-world example, I used the 2019 MacBook Pro to write this review on, and do a few other things, and 24 hours after I started there was still 38% battery left.

It’s unfortunate that the 2019 15in MacBook Pro continues to be plagued by the keyboard-related issues, now solved in 2020’s models. It’s unlikely that you will be affected by this issue though, and should you be, Apple will fix the problem for free but you may not be willing to take that risk.

However, we do think that the risk is worth taking because this is a superb machine, and if you are looking for a Mac laptop designed for a power user then this is the only 15in option available, and should be available for much less than the 2020 models.

The fact is that this laptop hasn’t changed a great deal since 2018 though, so you could find a deal on one of the 2018 models and save even more money on a similarly speced machine – just make sure that it is as good deal.