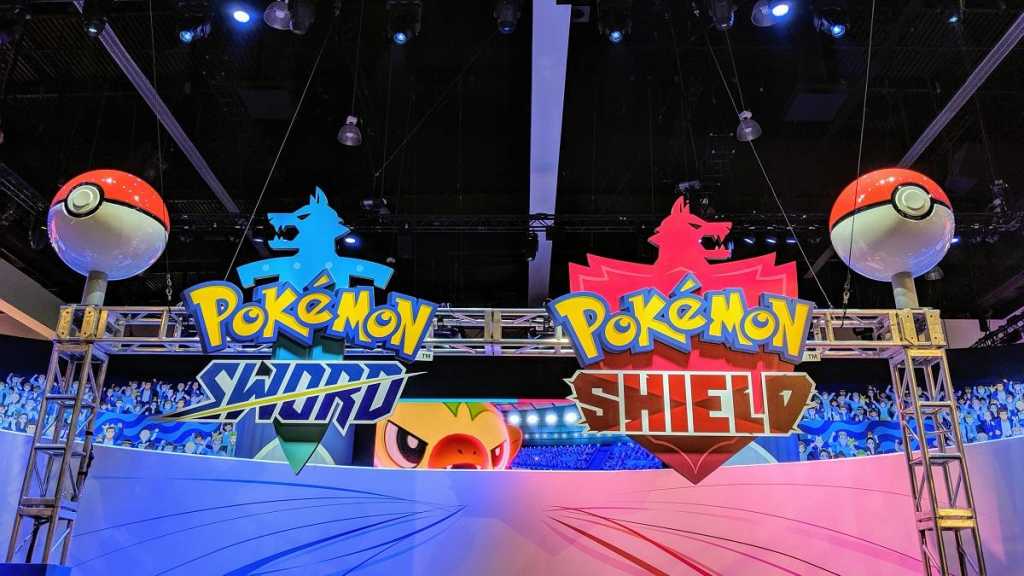 We haven’t played as much as we’d like, but we’re excited about the final release now we’ve played Sword and Shield at E3 2019.

One of the biggest Nintendo titles of the year is a full-blown Pokémon game for the Switch, not the 3DS. It’s called Sword and Shield and has new Pokémon to catch as well as other additions such as Dynamax.

Sadly we’ve only been able to play a fairly limited demo at E3 2019 but here’s our thoughts so far and what we’ve learned about the gameplay. This game follows the success of Let’s Go Pikachu and Eevee.

We were able to play through the water gym, which of course ends with battling a gym leader but getting to that fight is different. Instead of simply completing a series of trainer battles, perhaps avoiding one or two, you need to complete a gym mission.

This adds more challenge to the gym as the route is much more of a puzzle than before. It’s like Nintendo has sprinkled a bit of Zelda dust into the Pokémon world. 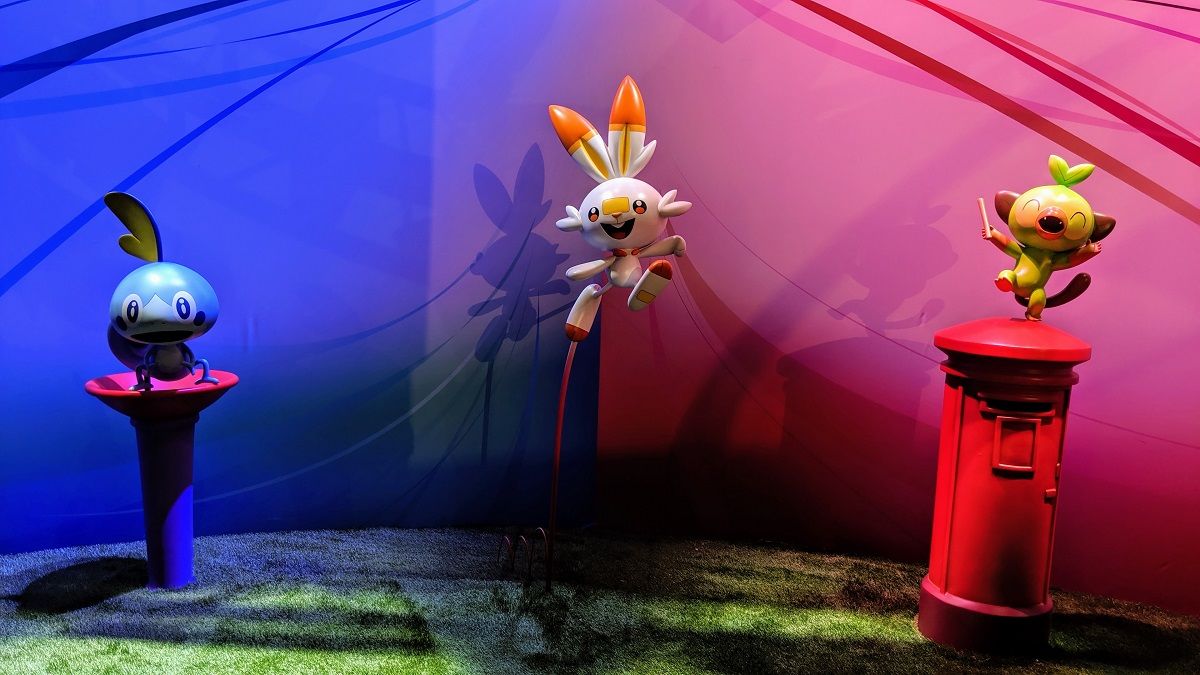 As well as a few trainer battles, we had to figure out a series of colour-coded switches to turn jets of water on and off that are blocking the path. It was admittedly fairly easy but later ones should be more difficult.

With a roster of six Pokémon, we were able to play with all the starters – Grookey, Scorbunny, Sobble – plus a few others including Wooloo. All at level 50.

Battling is as familiar as every in terms of all the basics. However, a new option is Dynamax which might sound like a vacuum cleaner brand or something but this actually allows you to super size one of your Pokémon for three turns.

Think ‘Honey I blew up the kid’ if that film isn’t too old for you and you’ve got a good idea. You’re Pokémon will be about 50x bigger and, a bit like Z-Moves, this makes it more powerful. Max Moves will mean existing attacks will take on additional effects such as lowering stats.

After comfortably defeating Nessa’s Goldeen, we underestimated how tough it was going to be to see off a Dynamax Drednaw. 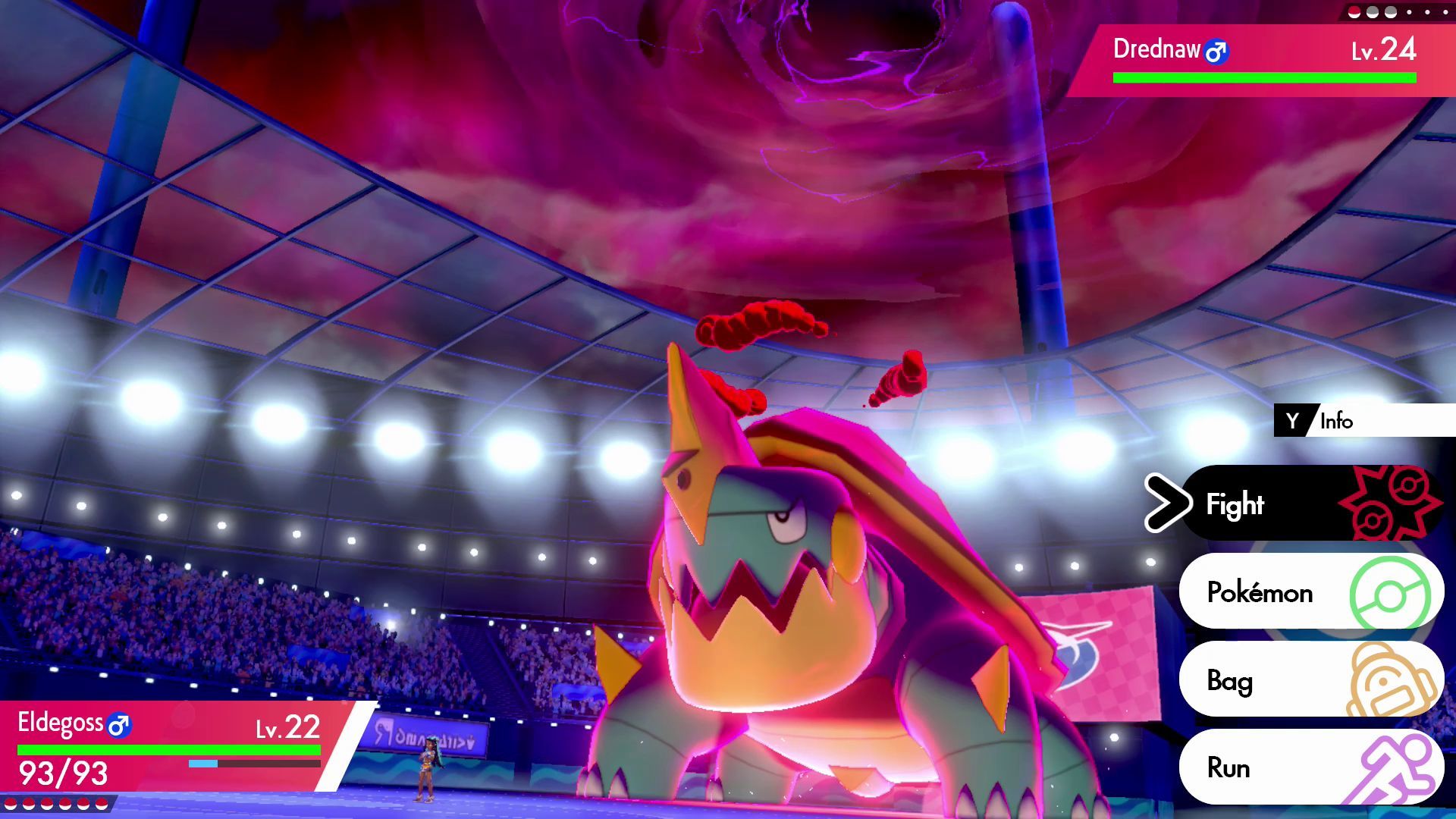 The other element is simply how cute or hilarious they look when giant. We did it on Yamper, a Corgi dog with electric powers, to great effect.

Out in the Galar world of Sword or Shield, you’ll also get the chance to capture Dynamax Pokémon and you’ll use oversize Pokéballs, too. Max Raid Battles will allow up to three friends take on a beast but only one will be able to trigger their own Dynamax.

What we haven’t been able to do is checkout the new world of Sword and Shield. From images and trailers it looks pretty good and is effectively set in rural England where towns are linked by railway and there are various different types of places to visit.

It all looks rather quaint and nicely thought out. However, there’s a potentially huge problem with Sword and Shield which long time Pokémon players are unlikely to be happy about.

Each new game introduces new Pokémon to catch and train so we’re now onto generation eight here. That means from the Charmander and co beginnings of Red and Blue, it takes the total to over 1,000.

That’s a lot of tiny cute monsters to deal with so Sword and Shield is the first in the series where you can’t actually catch ‘em all. It’s something of a tipping point for the franchise and things may never return to normal. There’s even the hashtag #BringBackNationalDex trending on social media. 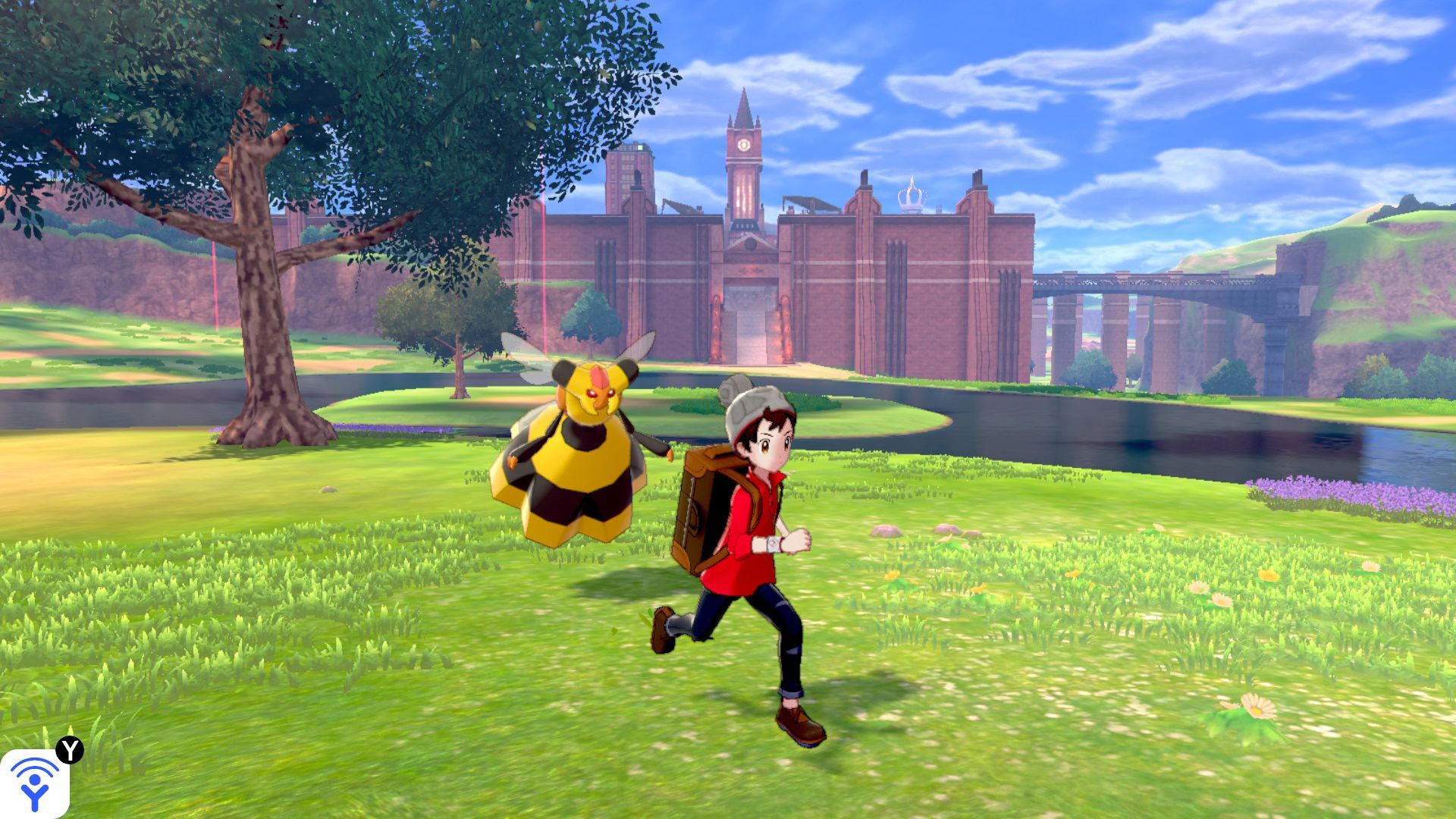 “The total number of Pokémon has exceeded 1000, including new Pokemon and the various forms of existing Pokémon. As a result, it has become extremely difficult to make Pokemon with a new personality play an active part and to balance their compatibility,” Game Freak producer Junichi Masuda told Famitsu.

There are two main issues here and that’s animations, plus keeping all those Pokémon balanced in battles. It’s a little unclear which animations the developer is referring to but we imagine even creating Dynamax for every Pokémon would be a big job.

So players will no longer be able to import your full collection once completing the main game. For the newer Pokémon player this won’t matter too much, but for avid fans this will come as a slap in the face since it’s encouraged to keep using Pokémon that will potentially be many digital years old and there’s even a cost to keeping them stored in the cloud.

We’re sure it could be achieved with time but Game Freak has seemingly put priority on new features such as an open world, raids, better online features and a 3D camera.

Aside from the National Dex fiasco, we’re pretty darn excited about Sword and Shield. Getting a full-blown Pokémon game on the Switch (that isn’t effectively a remaster) is something we’ve been waiting a long time for.

And even though we haven’t seen it all yet, the game looks like it has a lot to love including the new world, monsters, raids, Dynamax and more.

We also hope we can cheer up Sobble.