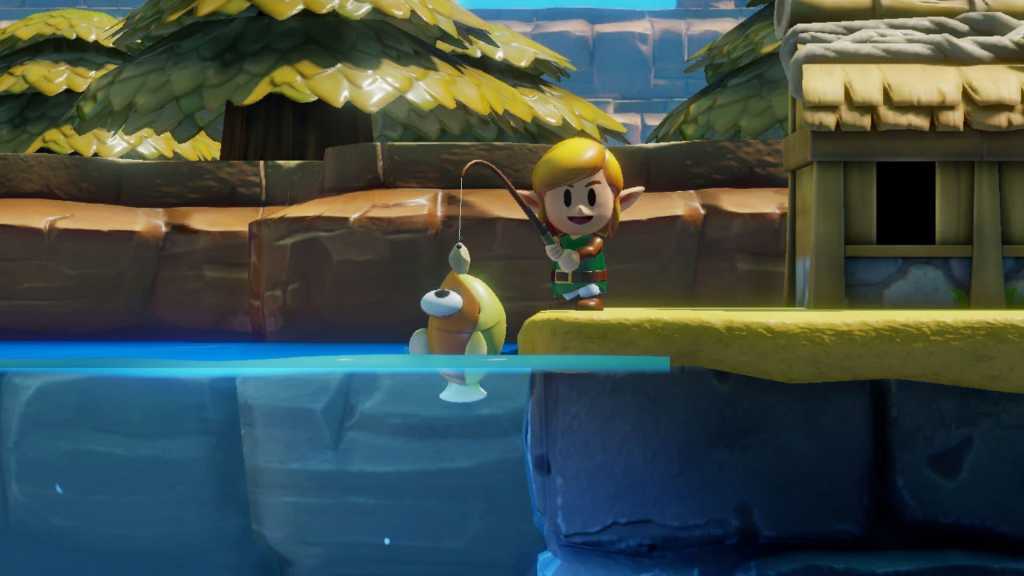 The Link’s Awakening remake is hardly reinventing the wheel, but it’s an utterly charming, joyful excuse to revisit Koholint Island. The new artstyle alone might be enough to make the new Zelda worth your time. The ceramic chibi chic is a lively delight, making this comfortably the prettiest top-down Zelda title yet.

Link’s Awakening is arguably a strange choice for a Zelda remake. The 1993 Game Boy game is a bit of a series oddball, with a setting, plot, and characters that sit aside from the usual Ganondorf-and-Zelda story stuff.

Still, Nintendo – and Zelda – has always been at its best when things get a little weird, and with a story focused on waking up a giant sleeping fish, it’s fair to say that Link’s Awakening isn’t afraid to get freaky.

And neither is the remake, out 20 September exclusively on Nintendo Switch, and potentially the last Zelda we’ll get until the newly announced Breath of the Wild sequel. That’s most obvious in the art style, yet another graphical reinvention for the mercurial Zelda series. This new world looks almost hand-crafted, populated mini-figures with a ceramic sheen.

It’s not as cold or flat as that might suggest though. Link’s expressive little head bobs about as he walks across Koholint Island, and its other residents are just as attentive – monsters’ googly eyes will even follow Link across the screen.

Everything is bright and hyper-vivid, a primary-coloured world that seems to invite you in to play. This is miles away from the warm, painterly tones of Breath of the World, but just as appealing in its own way, a take on Zelda that’s more toylike than ever.

That sense of play extends to the, well, playing bit too. The E3 demo I played was taken from the very start of the game, giving us the chance to get hold of Link’s sword and shield, explore the opening area, and delve into Mysterious Forest.

The original Game Boy game has been lovingly – but not slavishly – recreated here and each screen is packed with detail and character. There’s plenty to find and do too, with a village full of people, secrets to uncover, and oddities from the original like the telephone booths that serve as an in-game hint line.

Enemies have been updated a bit, with slightly more complex A.I. and new monster types, like a Moblin armed with both a sword and shield, forcing you to use your own shield to create an opening for an attack.

Other than that, this is a fairly faithful remake, but little tweaks have been made across the board. The extra Switch buttons mean the sword and shield can now be permanently equipped, and there are now extra heart pieces and other Zelda touches like the fairy bottle.

The biggest addition is one that I didn’t get the chance to play though: the ability to create customised dungeons built out of the rooms you’ve completed in other dungeons across the game, with handy rewards for making it to the end. I’ll have to wait until the September release to test how that works in practice though.

The Link’s Awakening remake is hardly reinventing the wheel, but it’s an utterly charming, joyful excuse to revisit Koholint Island.

The new artstyle alone might be enough to make the new Zelda worth your time. The ceramic chibi chic is a lively delight, making this comfortably the prettiest top-down Zelda title yet.