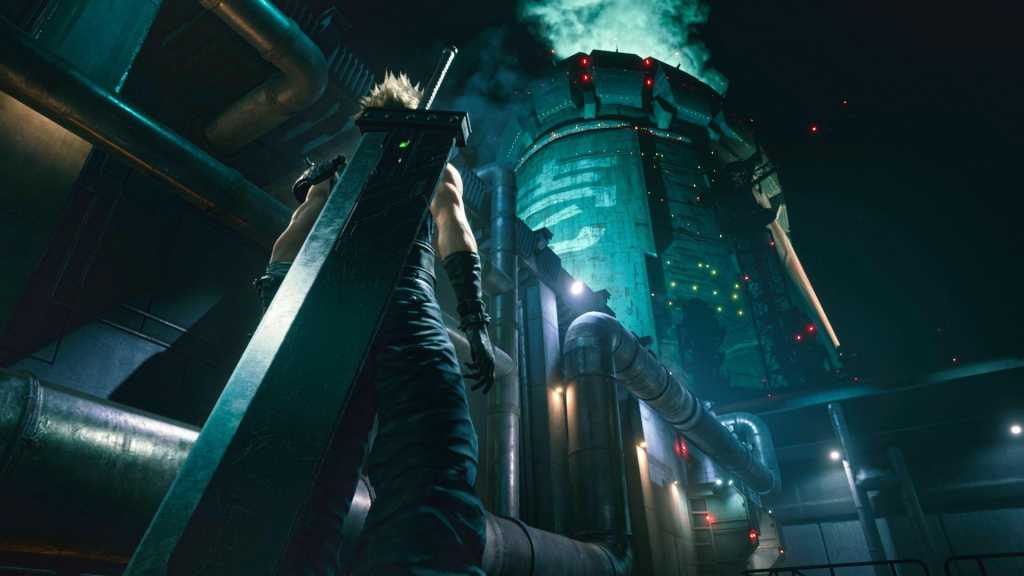 Speaking as a Final Fantasy skeptic, I’m genuinely pleased to be able to say that I’m actually looking forward to the FF7 Remake. I’ve mostly seen the combat – saving me from any attempt to deep dive into lore changes or character revisions I don’t understand – but this feels like a fun, modern reinvention of the standard JRPG formula that pays tribute to classic combat while decisively doing its own thing.

Final Fantasy VII Remake is one of the most anticipated games in years, a ground-up reinvention of a game played (and loved) by millions. Fans have been waiting with baited breath for every scrap of info, footage, and gameplay for years.

I am not one of them. I’ve never played Final Fantasy VII. I’ve actually never played any mainline FF game – Crystal Chronicles and Tactics Advance are as close to Final Fantasy as I’ve ever really gotten (blame an N64 upbringing for that).

Despite that, I am one of the lucky few that got to play Final Fantasy VII Remake at E3 2019, the first time Square Enix let anyone outside of the publishing house touch it. So take these as the half-baked thoughts of a total Final Fantasy newb, someone who can’t tell an Aeris from a Tifa (and just had to Google how those are spelt). This is how FF7 feels, not as a remake, but as an attempt at a modern JRPG in its own right.

The big E3 2019 announcement was the release date of the game: 3 March 2020, when it’ll hit the PS4 exclusively. That isn’t technically when the full game comes out though – instead of remaking the entirety of FF7 in one go, Square is instead taking the opening Midgard portion of the game and turning that into a standalone title in its own right – apparently with two Bluray discs of content, giving it the scale of a full Final Fantasy game in its own right.

Square hasn’t revealed when the rest of the game will come out, or even how many more parts it will be split into – it’s entirely possible that at the end of it all there will be three or even four separate releases as part of Final Fantasy VII Remake. Since it’s taken the best part of a decade to get this first part out, who knows how long it’ll be before the full set is completed – this is a much bigger project than the recently announced Final Fantasy VIII Remaster.

Still, the effort shows. Square says that the game has been expanded throughout, fleshing out conversations and characters to increase the scale of the game – though I’m afraid I’ve really got nothing to compare it to.

What I can get my head around is the combat, where Square has done a seriously smart job fusing classic turn-based mechanics with a modern third-person action format.

Playing as Cloud – or big-sword-man as I’ve only ever known him – you hit X to attack with the aforementioned big sword, or use Circle to dodge and R1 to block – again, with the big sword.

Attack enough and you fill out an ATB bar, of which each character has two (at least in this demo – I wouldn’t be surprised if that’s the sort of thing you can upgrade). That lets you enter a tactical mode – essentially slowing game-time to a crawl (though not quite freezing it) at which point you essentially enter the classic turn-based game.

You can use each character’s special abilities, cast spells, or use items at this point, each of which consumes one ATB bar. It’s a great balance – a mix of fast-paced and frenetic combat followed by moments of tactical reflection that separate the game from every other action RPG out there.

There’s obviously more depth to the combat than this: certain spells and abilities will be stronger against specific enemy types; spells still consume MP, giving you an additional resource to track; and both player characters and enemies have limit bars which fill from taking damage – leaving enemies staggered and vulnerable, but letting player characters use devastating Limit Break attacks.

In my demo I got to play as both Cloud (big-sword-man) and Barret, a very burly, gruff man with a mini-gun where his arm should be. Barret’s standard attack worked well at range, while each also had slightly different abilities and spells to use.

You can switch between characters with a tap of the D-pad, though they’ll keep fighting (albeit fairly ineffectively) while you’re not in control. To save the irritation of switching between characters constantly, you can also trigger other characters’ ATB techniques without switching back to control them every time.

Switching between them felt occasionally clunky, especially in the midst of a chaotic boss fight, but for the most part things ran smoothly. It’s a shame that each character only has the one standard attack – removing the option to play around with combos or more varied fighting styles outside of the ATB stuff – but generally the combat strikes a good balance of modern action and old-school tactics.

I’m a little skeptical about the story side, but mostly just because my demo was focussed almost entirely on hitting things. I can’t help but fear that in expanding one part of the original into a full game in its own right, Square won’t be able to resist padding things out with filler, but in fairness I haven’t actually seen anything to suggest that’s the case.

Speaking as a Final Fantasy skeptic, I’m genuinely pleased to be able to say that I’m actually looking forward to the FF7 Remake.

I’ve mostly seen the combat – saving me from any attempt to deep dive into lore changes or character revisions I don’t understand – but this feels like a fun, modern reinvention of the standard JRPG formula that pays tribute to classic combat while decisively doing its own thing.

I really want to play more of it, and that’s something I didn’t expect to get out of my time with the game.