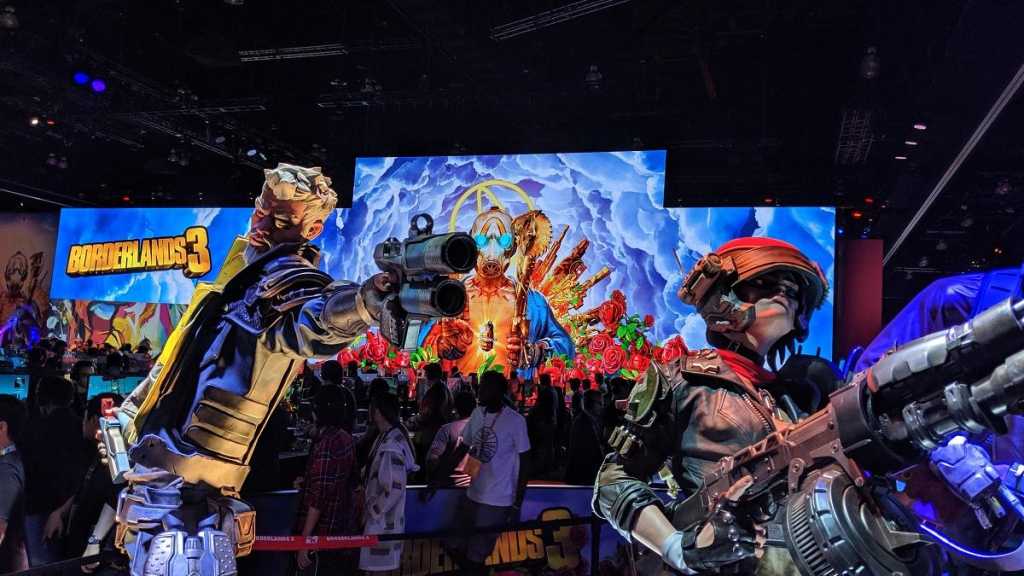 We might not be seasoned Borderlands players at Tech Advisor towers but this certainly seems like bigger and better mayhem from 2K Games. We can’t wait to get properly stuck into all the new weapons, worlds and customisation.

As expected, Borderlands is back with a bang and we’ve been hands-on with the new title at E3 2019. Here’s what we make of Borderlands 3.

2K says that co-op is still at the heart of the game and this includes some new social features.

For starters, you can buy guns that your friends have sold and if your buddy dies in combat you can, if you’re feeling kind, pick up their loot and send it back to them. You’ll also see missions appear in the list because a friend has encountered it while playing. You can invite people to join you taking on missions.

The developer has confirmed that split-screen is still an option so you can continue to play with mates in the same room if you meet up.

Moving on and there’s much more customisation available to you in Borderlands 3. You can really go to town with your character by choosing from a huge range of heads and skins. 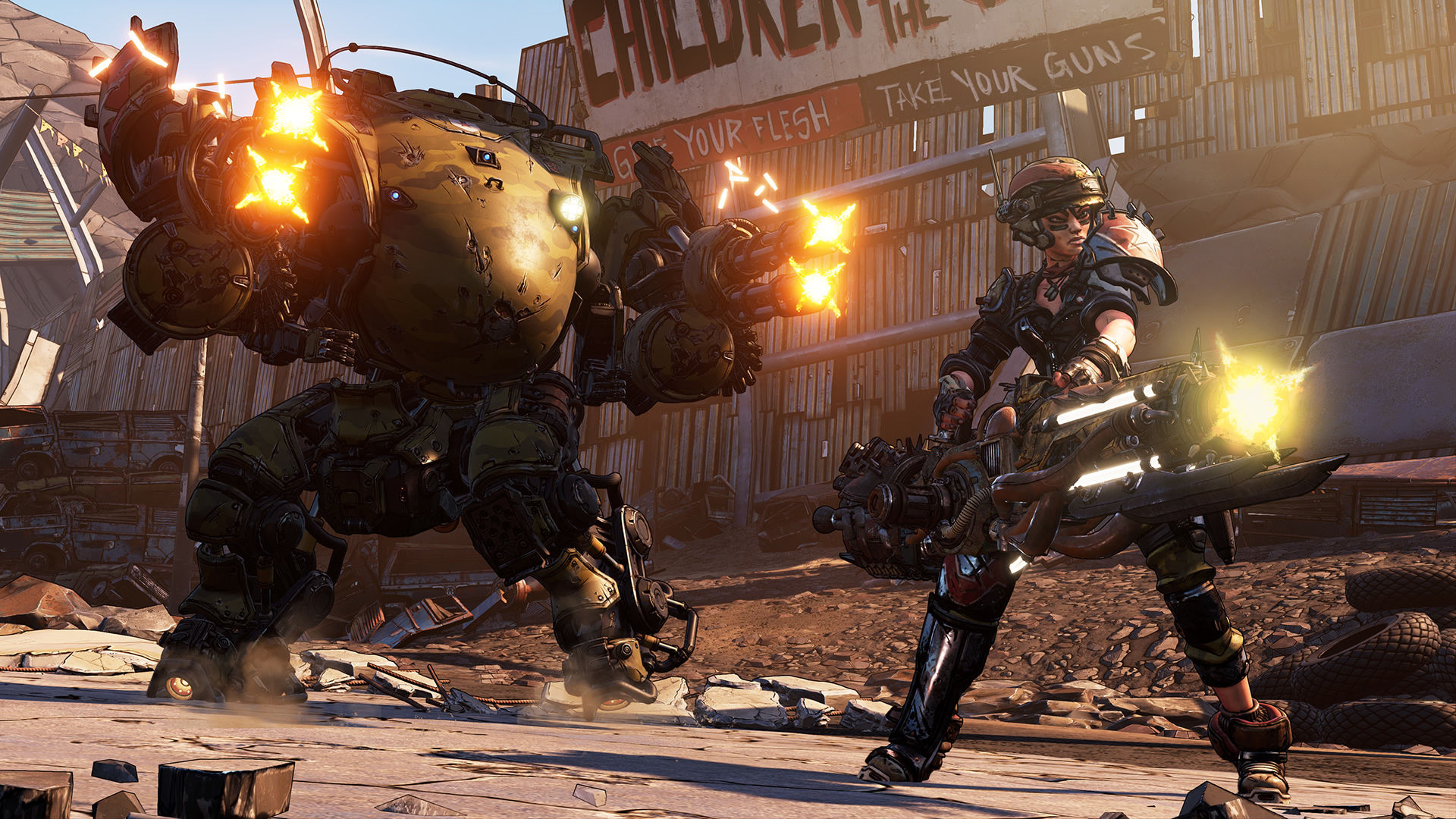 Skins can now be tailored with three colours each and you emotes are now available, too. Guns can be made your own with skins as well as trinkets – think a charm bracelet but for war.

Speaking of guns, 2K says there are ‘bazillions’ and even in the fairly short demo we played, we came across loads, so this doesn’t actually seem too far fetched. This means there’s loads of fun to be had picking up new ones all the time and seeing how each one differs. 2K even promises ones that sprout legs and hurl verbal insults.

Mix and match skill trees means you can really take a character in a completely different direction to someone else. For example, Moze’s mech suit can have loads of different attachments and you can even add an ability for a friend to jump on while you’re using it.

Moze is one of four new Vault Hunters and is the gunner. There’s also Amara the siren, FL4K who is a beatmaster and Zane the gadget laden operative.

2K has also shown off a new planet called Eden 6 which is pretty much the polar opposite of Pandora. It’s boggy marsh swamp which also features various new enemies. 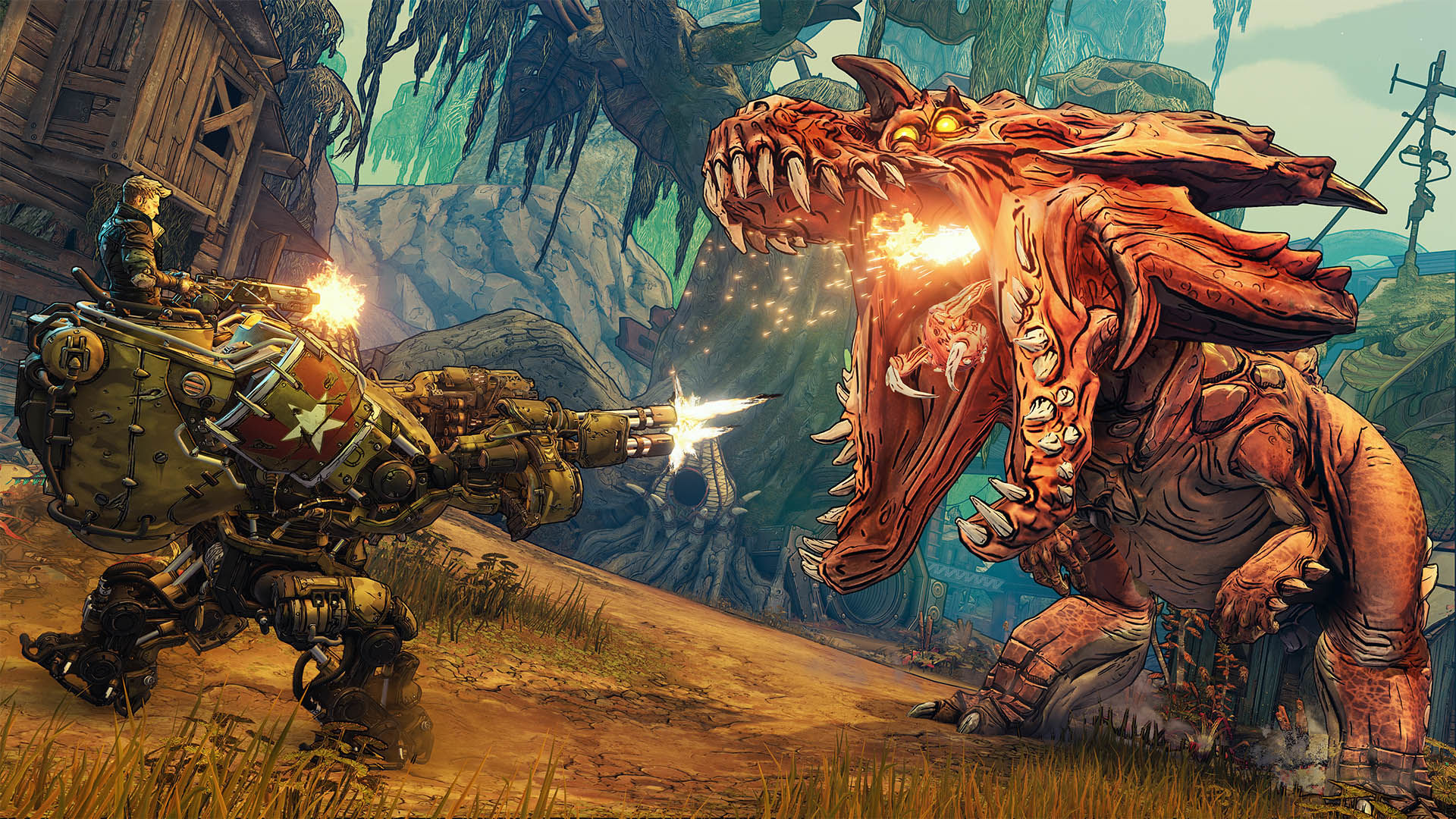 Speaking as someone who is admittedly not well versed in the world of Borderlands, this edition seems like more of the same excellent gameplay as before but with more to explore and unlock. It’s perhaps a little overwhelming at first but new or existing players will surely reveal in what’s available in Borderlands 3.

The game will be released on 13 September on Xbox and PS4 while PC gamers will find it exclusively on the Epic Games store. Read our previews for  Gears 5,   DOOM Eternal and  Marvel’s Avengers.

From what we’ve seen, this looks like amped up mayhem of Borderlands that fans will have been waiting for.

On the one hands it’s super easy (and fun) to jump in and play, but then you can dive really deep into character customisation and skill trees to really make the game your own.