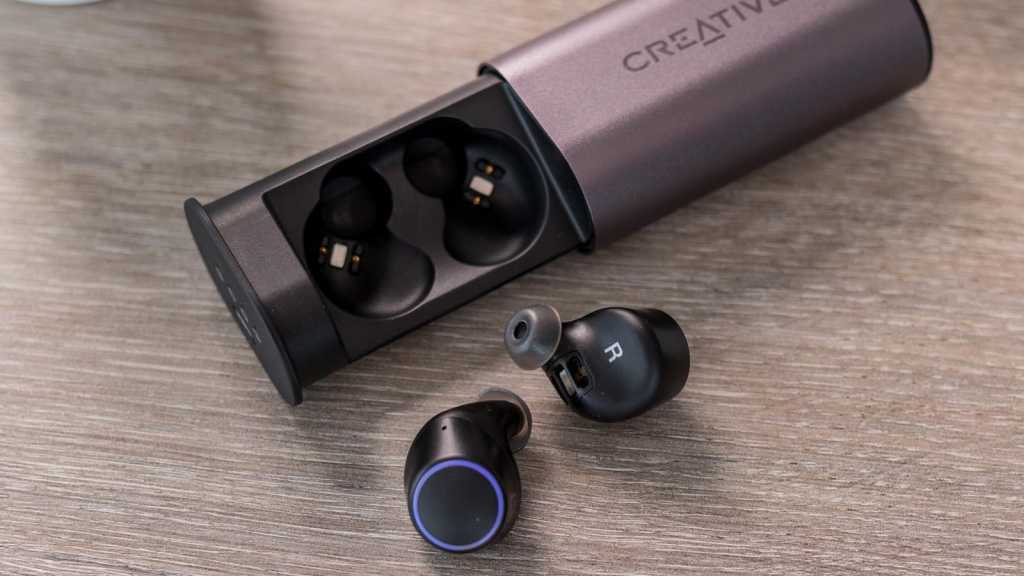 You won’t find a better all-round set of true wireless earbuds at this price. Creative has a gem on its hands with the Outlier Air.

Creative has diversified its product range since the days when it was best known for PC sound cards (which it still makes, oddly enough), and it now produces a selection of headphones for various needs and budgets.

The Outlier Air is a set of true wireless earbuds, and represents Creative’s first foray into this fashionable arena. And by all accounts, it’s a successful one.

You can buy the Outlier Air directly  from Creative for £74.99. And this is also the cheapest place we found them: they’re not widely available elsewhere, but when you do find them, they’re often more expensive than buying direct from Creative.

This is half the price of RHA’s TrueConnect, which currently sits atop our best wireless earbuds chart and also undercuts every other set in that roundup.

Based on price alone, you might expect the Outlier Air to have unacceptable compromises, but that’s simply not the case.

You can have the Outlier Air in any colour you like, so long as it’s black. This keeps things simple, and also no doubt helps to keep the price down. 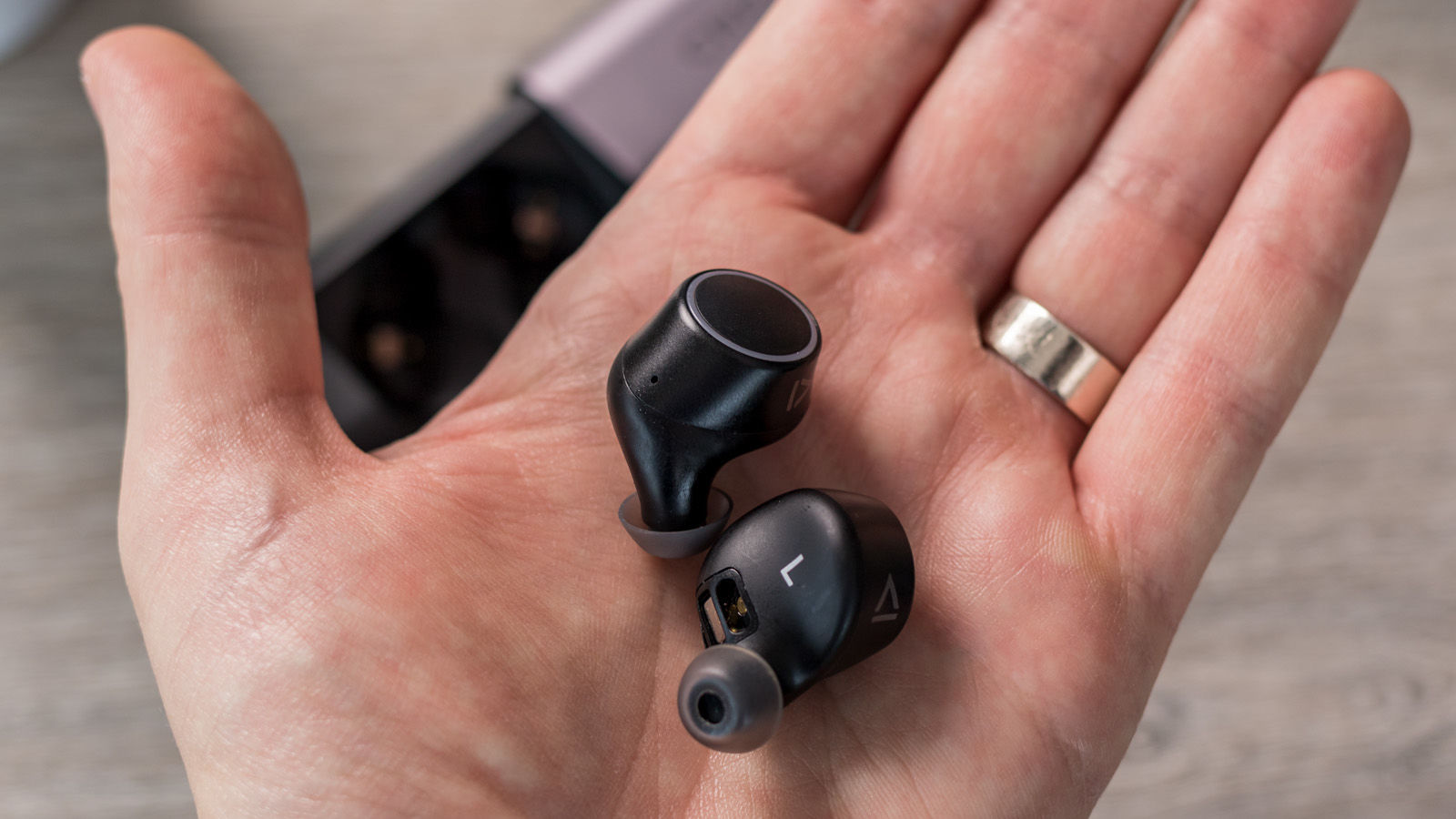 The buds have an offset design: their tips fit into your ear canal, and you rotate the body slightly backwards until it fits snugly into position in your outer ear.

Unlike most rivals, Creative doesn’t include a range of tips in the box. The shallow silicone tips are designed to fit all ears, and surprisingly they do seem to. You get a spare pair in the box the same size as those fitted to the Outlier Air buds.

Each bud has a button and an LED ring which tells you its status. The buttons have too much resistance to comfortably press while in your ear, and this is pretty much the only criticism we can level at the Outlier Air.

Fortunately, you shouldn’t really need to use the buttons as you can control volume from your phone, and they turn on and off automatically when you remove and replace them in the case.

A single, short press plays or pauses the current song or video, and a double-press goes to the next or previous track, depending upon which bud you press (right is forward, left is back).

Similarly, hold down the right bud’s button to increase volume and the left one to turn it down. A double-press on the ‘main’ unit calls up the Google Assistant or Siri, dependent upon which phone you have.

Both buds have a microphone, and unlike many true wireless sets, both are used for phone calls, not just the right-hand one. A single press on either button answers a call, and holding one for two seconds hangs up the call.

The first bud you remove from the charging case becomes the ‘main’ unit and is the one you pair with your phone (or other Bluetooth device). The other bud then pairs automatically with the main unit, and shouldn’t be paired with the phone too. 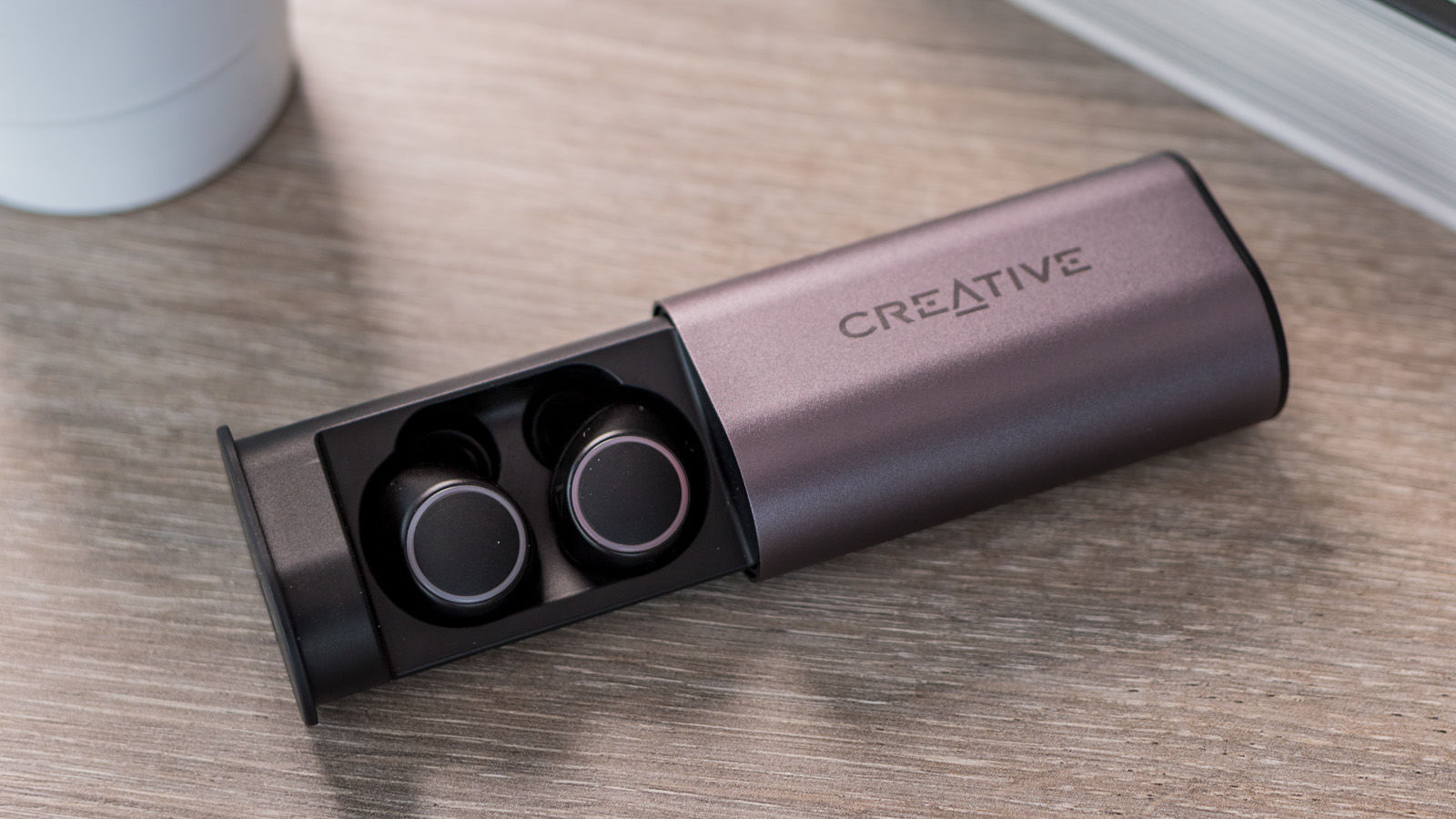 Removing a bud from the case causes it to turn on and connect to your phone (or the other bud). And replacing it causes it to turn off and charge, if there’s power remaining in the case’s 380mAh battery. They  snap into place with magnets, and it’s impossible to put them in the wrong side.

Tiny LEDs on the end of the case indicate whether the case has more or less than 30% of power remaining, and if the buds inside are being charged or not. 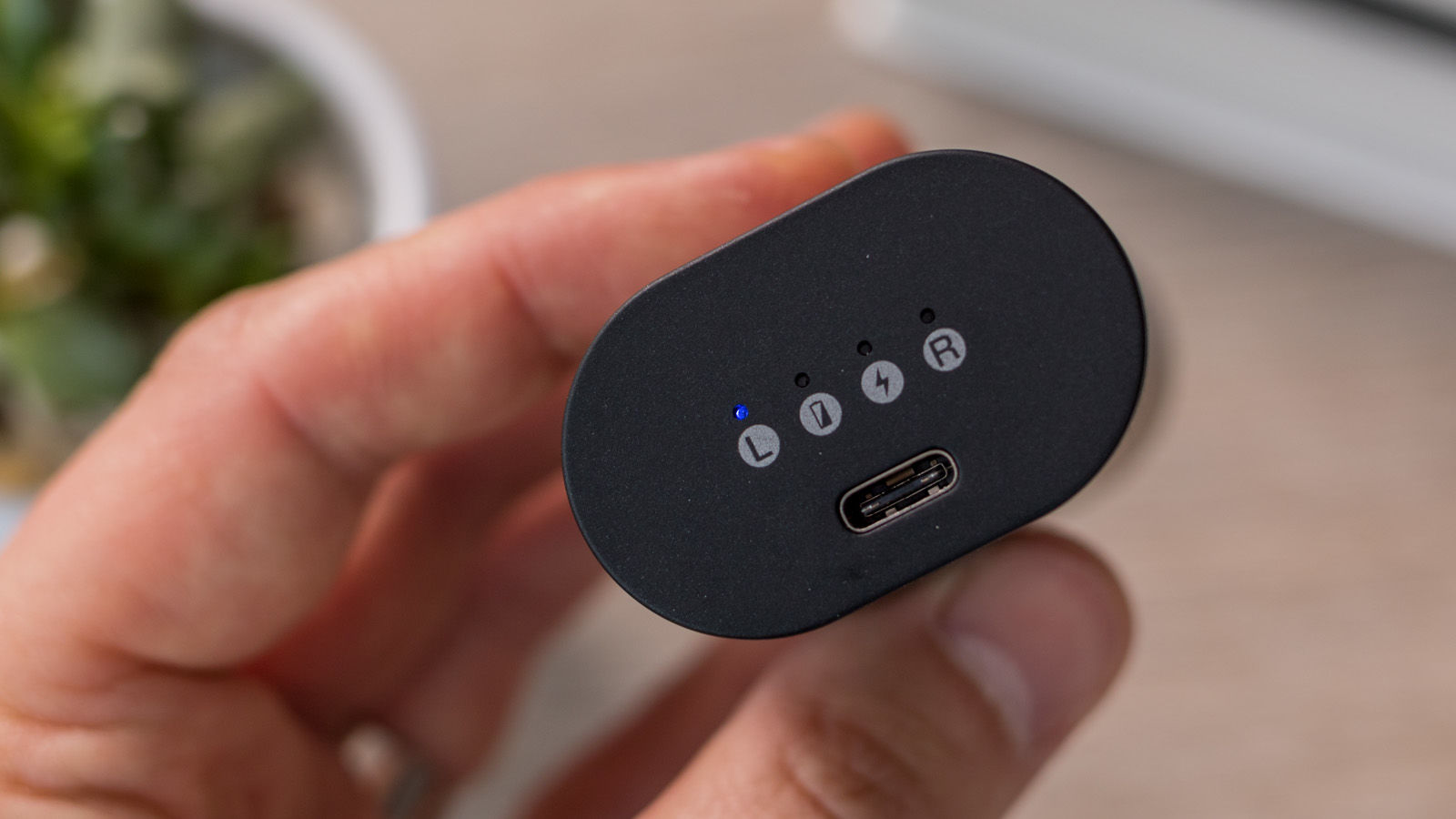 When fully charged, the buds can last 10 hours, but the case can recharge them fully twice, giving a total of 30 hours. And that beats most rivals.

The case is charged via USB-C, and a cable is included. At approximately 75 x 50 x 30mm, it’s a bit chunky to keep in your pocket, but it’s very lightweight even with the earbuds in it.

Thanks to support for aptX and AAC, along with some decent quality drivers you can expect fantastic sound from the Outlier Air. Obviously, you’ll need a phone or device that can supply audio via AAC or aptX to get the best sound, otherwise you’ll end up with the inferior SBC, so check if you’re unsure what your phone supports.

So long as the silicone tips form a good enough seal in your ear, bass is very good, with deep, powerful low frequencies. This is clearly designed for music lovers who like extra bass, and offer thumping kicks in dance, trance and deep house music, but luckily it’s kept in check and doesn’t swamp mids, including vocals.

If your musical tastes are a little more varied, no problem: the buds also do a great job with pop, rock, jazz and most other genres. There’s always noticeable stereo separation and while we didn’t find the soundstage was as clearly defined as with RockJaw’s similarly priced T5 Ultraconnect, the overall sound is clear and pleasing.

Treble is never harsh, and we found the Outlier Air comfortable to wear for longer sessions. Isolation isn’t amazing, but this can work in your favour if you still want to be able to hear what’s going on around you.

We never felt like they were going to fall out of our ears and they remained firmly in place even when jogging. The IPX5 rating means they won’t be damaged by sweat or a bit of rain, either.

Connectivity is very reliable and in the month of testing we only had one occasional problem where audio from our Huawei P30 Pro had a much lower pitch than it should have – it was being played too slowly and out of sync with video. But this was always quickly resolved by toggling Bluetooth off and back on again on the phone.

Only on rare occasions did the buds suffer from dropouts, but this appeared to be caused by interference as it only ever happened on packed commuter trains where no doubt there were plenty of other Bluetooth headphones in the vicinity.

If you’ve been tempted by true wireless earbuds but didn’t want to pay Apple, Samsung or RHA prices, then the Outlier Air is the set to buy. It isn’t just cheap: sound quality is great and battery life beats virtually all rivals including the Galaxy Buds.