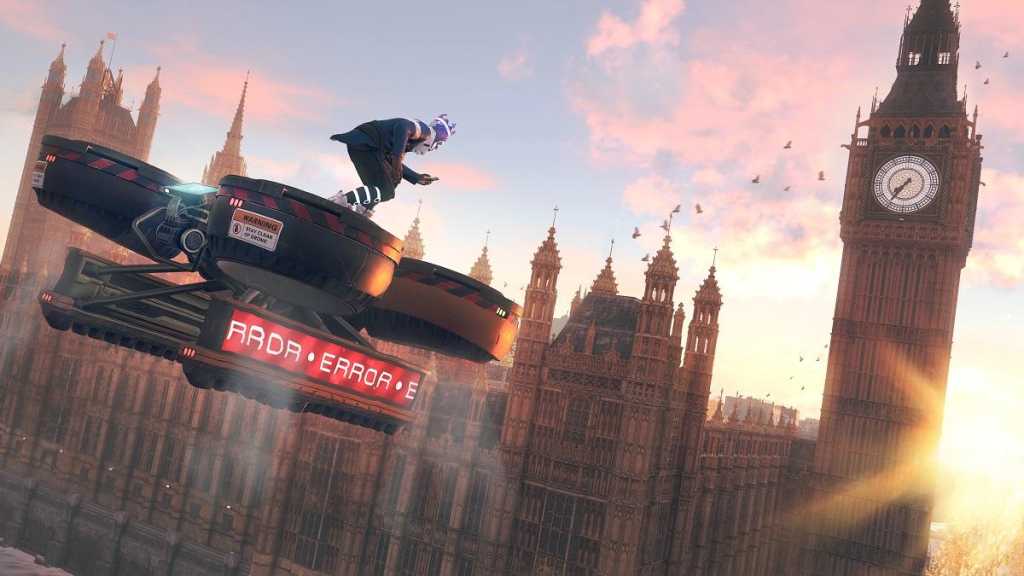 Hack your way around the capital, playing as anyone you meet if you can convince them to join DedSec. We’re loving the new Watch Dogs game complete with it’s new classes, perks, permadeatchs and much more. All in a beautifully recreated London.

It’s been a few years but the Watch Dogs franchise is back with a third installment. We’ve been hands-on with Watch Dogs Legion at E3 2019 which is set in London and takes things to the next level.

After a popular start, Watch Dogs 2 might have been received fairly poorly, but we’re confident that Ubisoft is back on track with what you might call Watch Dogs 3. Legion has a lot to like and very little to dislike if the alpha demo we played is anything to go by – waiting a long time for a game is no bad thing in this case.

As mentioned, Legion is set in London and although the streets look extremely familiar (especially as someone who knows the city well), the date is the ‘near future’ where things have gone pretty wrong in all kinds of ways. The developer says they have been following current politics so we’re talking a post-Brexit meltdown type situation.

Games are fictional, but somehow some of this doesn’t seem too far fetched given the current state of affairs. 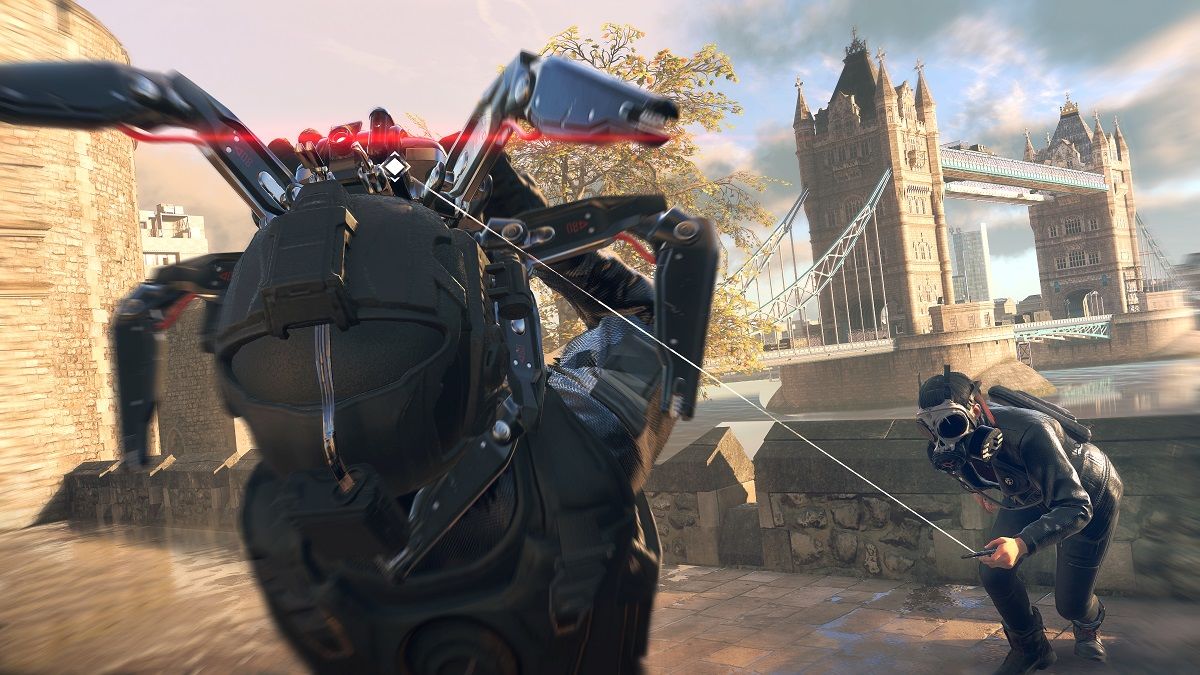 London is in social crisis with people being separated, the pound effectively replaced by crypto currency and the skies filled with all kinds of drones. Various bits of AI and tech has put locals out of work, even game developers.

Rather than playing a particular character, you play DedSec as a whole. It’s a GTA style open-world as usual but Ubisoft has gone big on the people within the world.

It’s a little bit mindblowing, but every person you come across in Legion is playable so the team have gone to town here creating backstories and lives for everyone. They all have different personalities, schedules, political agendas and so on. You’ll even find how they are related to other people.

This makes it a little bit like Westworld, except they’re not robots in the same way. How far the individuality stretches we’re not sure. With so many people, we’re convinced there must be some repetition. 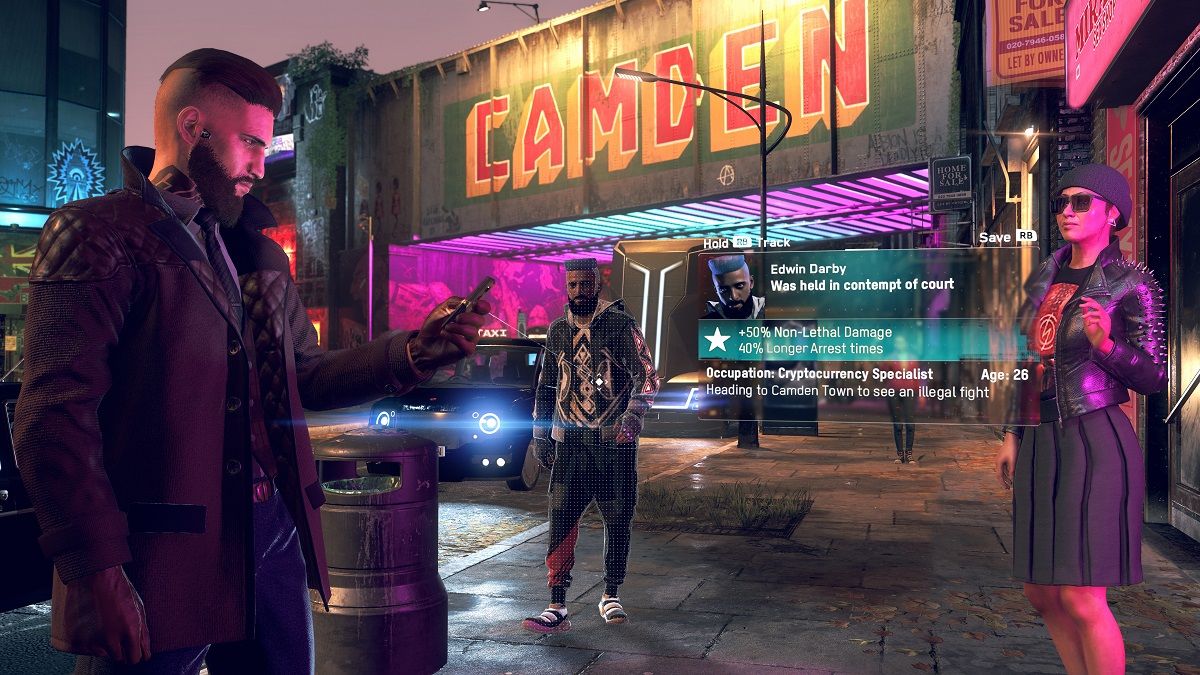 Using the profiler, you can, well, profile anyone you come across with the ability to see their name, backstory, what their schedule for the day is and other details like how much they support DedSec. Help them out with some bits and pieces – a blackmail here, a murder there – and you can eventually recruit them to DedSec and play as that character.

For the first time, Watch Dogs Legion introduces classes to the game so when recruiting a member you can decide whether they will be an Enforcer, Infiltrator or Hacker. Each with their own skills so the Infiltrator, for example, can go invisible for a short time.

Then there are also perk slots which you pick between a few options. There are three which unlock at various levels.

It feels a little overwhelming to be able to play absolutely anyone you meet but you can recruit up to 20 people into the DedSec team. You can swap between characters when you like and interestingly, when they die they are gone for good so you do need to be careful – especially if you’ve put a lot of work into recruiting a particular person.

There’s freedom to do what you like, of course, roaming around recruiting people or doing specific missions etc. There will be five main story lines and over 60 missions when the game is finished.

You might be wondering how being able to play as anyone will affect cinematic scenes. Well Ubisoft has engineered this to dynamically adapt to who you are at that moment. It’s more than just the same scene with a different skin on the player so the dialogue and behaviour will be different depending on who you are. 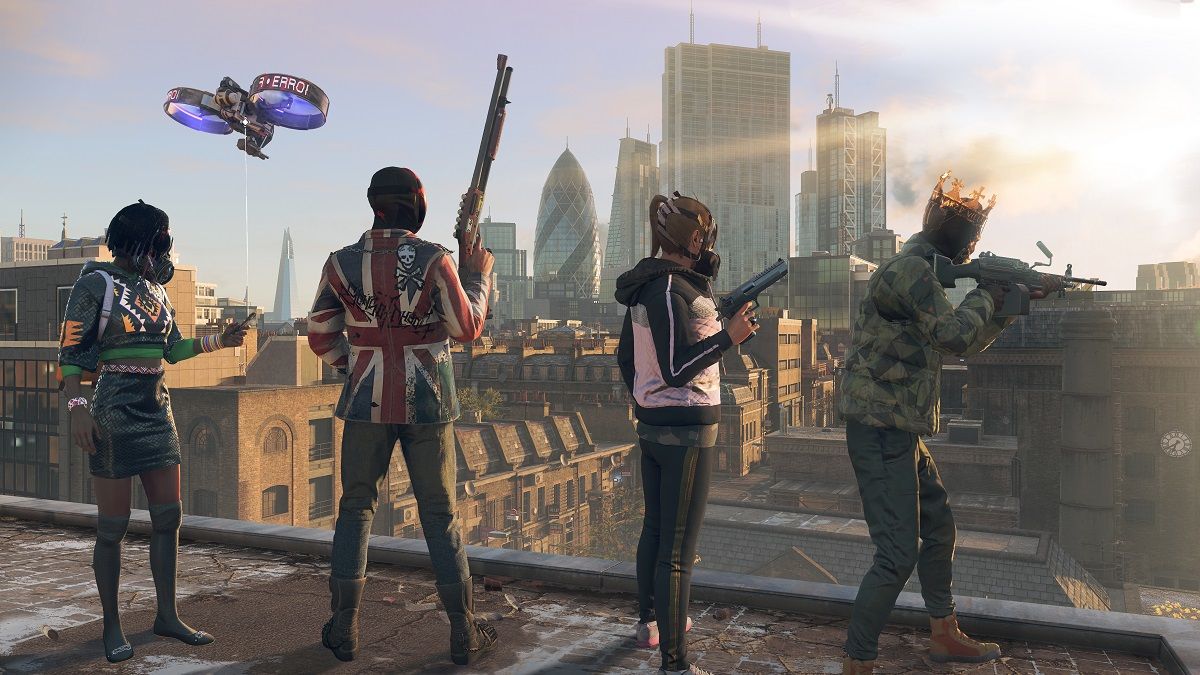 London looks stunning in the game – we played an area including Westminster and Camden – and all the landmarks are carefully recreated. It is a little odd how many vintage cars are driving around in the future but that’s hardly a big deal.

A neat element is the option to fast travel around using the underground with none of the usual delays and overheating carriages.

The main single player game appears to be the focus at the moment, but Ubisoft confirmed that online play will also be important. There will be four player co-op but more details will be announced in the coming months.

Watch Dogs Legion will arrive on 6 March 2020 on PS4, Xbox One, PC and Stadia. Also read our previews for Gears 5,   DOOM Eternal and Marvel’s Avengers.

Whether or not you liked the previous Watch Dogs game, Legion looks like a real return to form.

We’re loving the London cityscape and the intricate way that you can play anyone you come across in the game – if you can recruit them to DedSec, of course. There’s plenty of freedom including classes and perks.

The fact people permanently die is a nice touch, too, and we can’t wait to see more of Watch Dogs Legion.