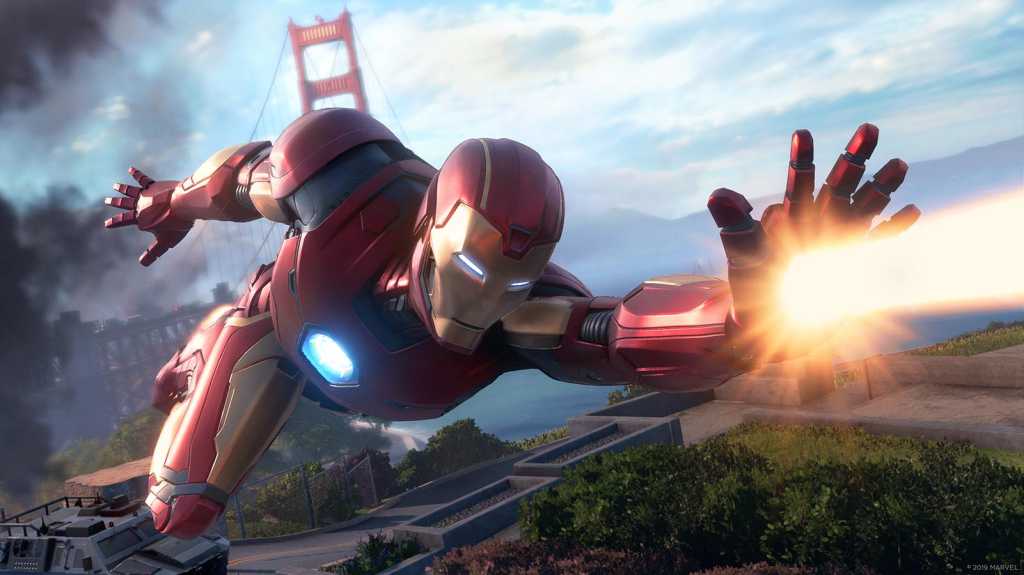 After seeing a lot more of Marvel’s Avengers at Gamescom, my early scepticism is slowly beginning to wane. I still have a lot of questions about practical things like progression systems and online matchmaking, but the core shape of the game is now clear: a superhero Destiny with a beefed up single-player side. It may disappoint anyone hoping to play through the full story online with their mates, but it’s a design that’s better suited to players like me who spend the bulk of their time flying solo but want to retain the option to team up online too.

After watching gameplay of the upcoming  Marvel’s Avengers game from Crystal Dynamics at E3 I was left with more questions than answers – but after playing it for myself at Gamescom 2019, I think I finally understand what the game is supposed to be.

It’s a cinematic, story-driven online co-op game with five confirmed playable characters (and more to come) – think Destiny with superheroes, complete with skill trees, gear levels, and customisable outfits. But it’s also a game that you could play through in its entirety on your own, and a core campaign that is only playable solo.

First teased a while ago, but officially unveiled at E3 2019, Marvel’s Avengers will hit PC, PS4, Xbox One, and Google Stadia on May 15 2020. What arrives at that point won’t be the full game though, with Square promising ‘years’ of ongoing story and new characters, all delivered through free content updates – though cosmetics like some costumes will be purchasable separately.

So far though, Square has focussed attention on the game’s opening chapter: an attack on San Francisco just as Earth’s mightiest heroes are supposed to be enjoying a moment of triumph. I got to play through this 20-minute intro and tutorial at Gamescom, but you can watch the whole thing yourself above.

Flitting between Thor, Iron Man, the Hulk, Captain America, and Black Widow as the story progressed, this A-Day section plays like a fairly typical linear third-person action title. Each of the five heroes has differing power sets, but they share the same core controls: light and heavy melee attacks, a dodge, a ranged attack, and three ‘Heroic’ special attacks.

Still, there’s variation within that. While both Thor and Iron Man can fly, Iron Man is much better suited to hovering and unleashing ranged blasts, while Thor’s strengths lie up close and personal with his hammer Mjolnir. Meanwhile Captain America lets you play defensively, holding enemy attacks at bay with his shield; Hulk runs, jumps, and hits like a freight train; and Black Widow balances ranged pistol shots with acrobatic melee hits.

The result is that each hero does feel different to play – much more so than in the likes of the Marvel Ultimate Alliance games – and the devs promise even more flexibility as the game opens up its character customisation options.

Cinematic as the tone may be, it’s worth emphasising that this is not a videogame take on the big screen Marvel Cinematic Universe – even if it has borrowed the exact hero lineup of Marvel’s first Avengers team-up movie, minus poor old Hawkeye.

Instead of Chris Evans and Robert Downey Jr., Square has assembled its own A-list team of videogame voice actors, including Troy Baker, Nolan North, and Laura Bailey, and to their credit they don’t just offer impressions of their MCU counterparts.

Even so, from the costumes to the SHIELD tech, this take on the Avengers looks an awful lot like the one we’ve gotten used to watching in cinemas, but just that little bit off. It’s almost like the uncanny valley effect, and it’s hard not to wish that Crystal Dynamics had worked a little harder to give the game its own aesthetic stamp, especially given just how varied the Avengers have been in their comic book origins.

That sense will hopefully improve as the devs reveal more of the game’s cosmetic side. Not only can you pick from ‘dozens’ of costumes drawing both from comic book history (Joe Fixit!) and original designs, there are also more practical tweaks. For one, each hero has their own skill trees, letting you pick from a range of weapons, fighting styles and specials, and optimising each individually.

That’s further complemented by a Destiny-style gear system. Character-specific gear drops range from Common up to Legendary and Epic tiers, and each gear item has both a power level and upgradeable perks that apply extra benefits. Gear is entirely practical, while costumes are entirely cosmetic, so your character can look how you want and play how you want, without one affecting the other.

The result is that you can build each character out the way you prefer. Do you want a tank-y Thor that can take a load of hits and deal awesome melee damage? Or one optimised to be an aerial assault platform, hovering above the battlefield and hurling down AoE lightning blasts?

Still, there’ll be some variation in tone between the game’s two mission types. Hero Missions will be the closest in feel to this tutorial: offline single-player story encounters that restrict you to a specific hero and make up what would normally be considered the campaign.

Warzone Missions are where the online co-op comes in: these can be played on your own or in a group of up to four, and let everyone play as any unlocked hero (though you can’t both smash as the Hulk). Every mission will apparently drive the story forward to some degree or another, but it’s clear that Warzone content is more about multiplayer mayhem and gear drops, with the biggest story beats seemingly reserved for solo play.

After seeing a lot more of Marvel’s Avengers at Gamescom, my early scepticism is slowly beginning to wane. I still have a lot of questions about practical things like progression systems and online matchmaking, but the core shape of the game is now clear: a superhero Destiny with a beefed up single-player side.

It may disappoint anyone hoping to play through the full story online with their mates, but it’s a design that’s better suited to players like me who spend the bulk of their time flying solo but want to retain the option to team up online too.

Nothing about the game feels especially original so far – the co-op and gear feel lifted from Destiny, while the combat mechanics borrow from a litany of third-person action games – but for a pre-alpha build this feels solid, and the promise of free content updates is an obvious plus.

So if the game’s E3 reveal left you cold, take heart – blame a marketing department over-eager to capitalise on Endgame’s success. Marvel’s Avengers wants to be more than an MCU knock-off, but it might take it a little time to get there.