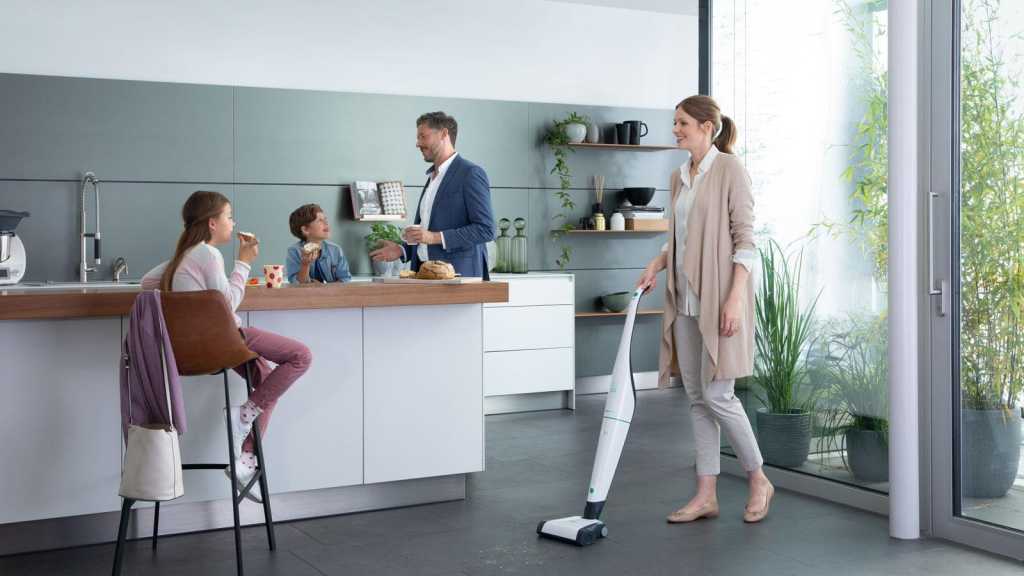 Surprisingly efficient for a cordless vacuum, the Vorwerk VB100 does a great job. It’s expensive, though, and not bagless.

Many cordless vacuums are Dyson clones, but Vorwerk is clearly doing its own thing. The Kobold VB100 is a cordless upright which makes light work of cleaning your floors.

The brush section at the bottom is detachable which turns the rest of the vacuum into a slightly unwieldy handheld, but at least provides versatility for times when you need to clean other surfaces.

The VB100 costs £749 from Vorwerk, which is certainly at the upper end of the scale. But it’s not expensive in the Vorwerk range, where some models cost well over £1000.

It’s an ideal alternative to the Kobold VK200, reviewed, if you don’t want to be tethered to a mains cable, although there isn’t a similar range of attachments for the VB100.

For alternatives, check out the best vacuum cleaners roundup, and our separate roundup of robot vacuums.

The VB100 is a two-motor model. This simply means the EBB100 brush attachment has its own powered motor that’s separate from the motor in the VB100 which does the suction.

You have a choice of three suction levels, which are toggled by pressing the button below the main power button, and two brush speeds, which are toggled by a foot switch on the back edge of the brush part. Hold the switch down for a few seconds and the brushes stop to allow you to clean long-pile rugs. If anything does get tangled in the brushes, they will stop automatically which is handy.

Detaching the EBB100 brush is as simple as pressing the green release button and pulling the main unit upwards. And in the box you get a small “2-in-1” brush attachment for cleaning smaller areas, but there’s no long, thin attachment you typically get for reaching into tight spaces. 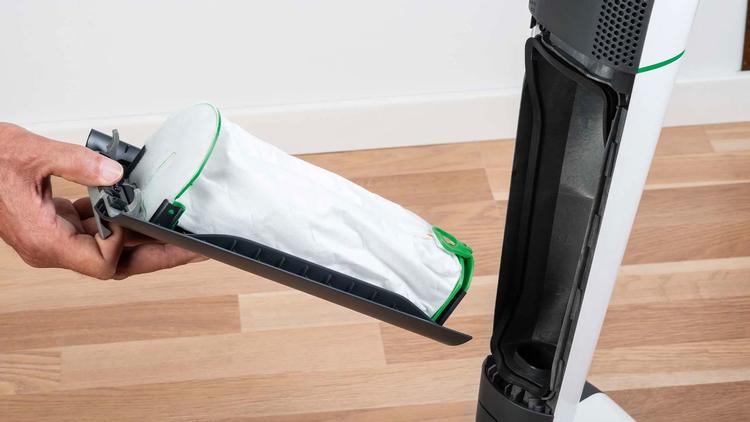 You get a 5-pack of FP100 bags included, and Vorwerk says this is better than a bag-less system for allergy sufferers as it keeps fine dust particles contained and is easy to dispose of. Replacements weren’t available in the UK at the time of review, but a 5-pack will cost around £18.

The battery lasts up to 80 minutes on the lowest-suction setting but on the default medium settings and the lower brush speed, we saw around 40 minutes, which is still good for a cordless vacuum. At maximum speed, you’ll get just 12 minutes from the battery, but as the unit is easy to remove from the bag compartment, you can buy a spare and swap it in to carry on cleaning without waiting for recharging. Again, these are not yet available to buy.

With its two separate rollers, which are easy to remove and clean, the EBB100 does a very good job of cleaning both hard floors and carpets. We found it did an equally effective clean on both types, and was also able to remove dirt along skirting boards and edges which many vacuums miss. 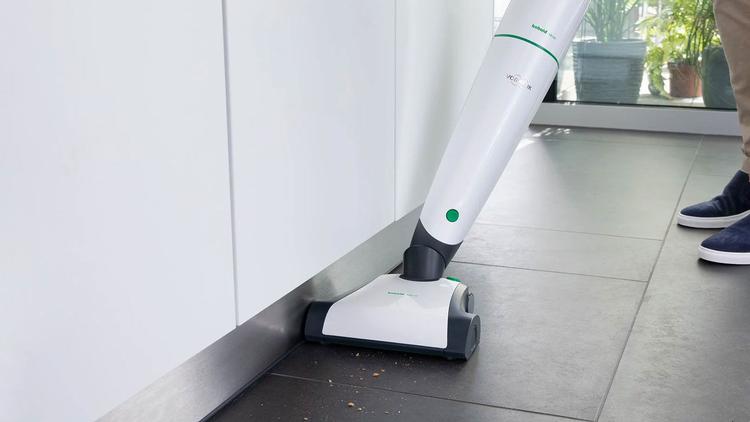 As it pulls itself along, cleaning is almost effortless and the low-profile design means it can fit under some sofas and units. It’s also fairly narrow so can fit between chair legs, and the design means it’s easy to turn left or right with a twist of your wrist.

Where it doesn’t score so highly is on stairs. At 3.3kg it isn’t too heavy, but neither the EBB100 brush nor the 2-in-1 nozzle is the ideal shape for stairs, though with the brush detached the 2.1kg weight is much more manageable. 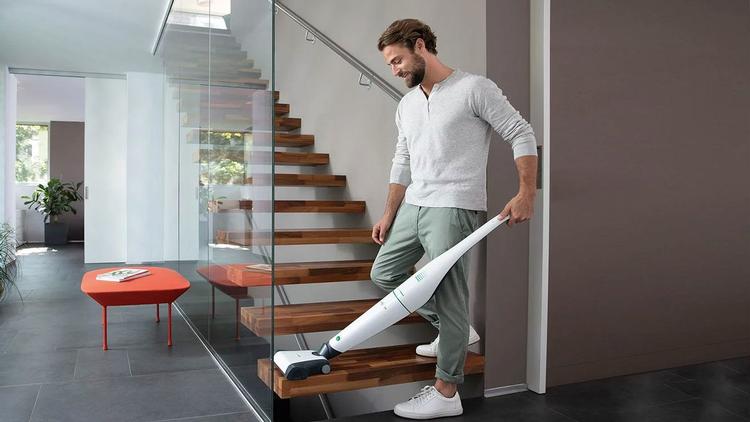 Initially we didn’t think we’d be too impressed with the VB100 given its high price and relative lack of versatility. But after a couple of weeks with it, we quickly warmed to the combination of effective cleaning and long battery life.

If you’re after something that can clean everywhere, including in the car, then the VB100 isn’t going to suit, but if you’re happy to spend the money and you don’t have lots of stairs to clean, it’s fantastic.