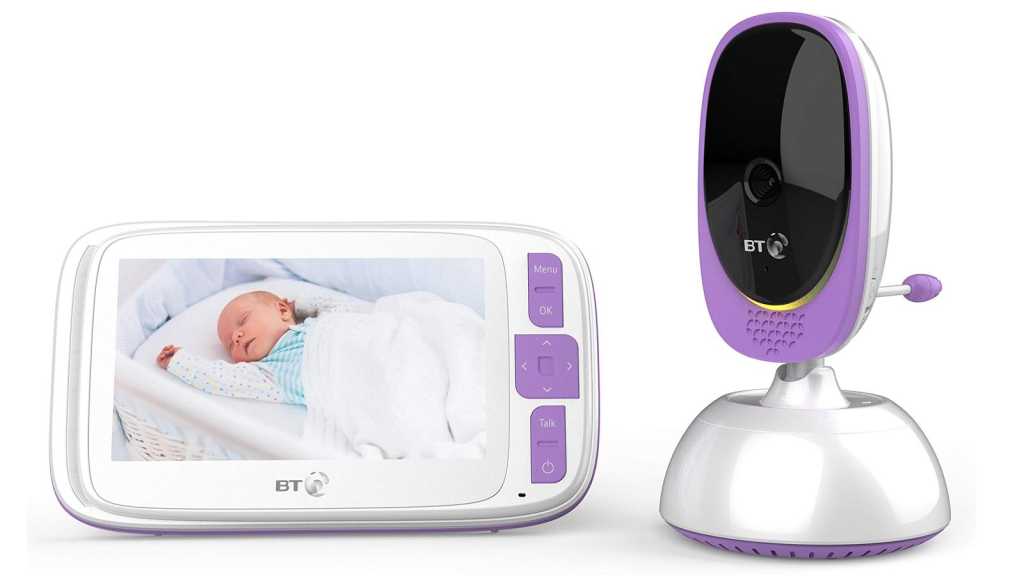 BT’s Smart Baby Monitor with 5in screen has everything you need from a baby monitor and more. You’ll get a large, colour display to keep an eye on your little one from anywhere in the house, and can remotely adjust the angle and zoom of the camera at any time. There’s app connectivity and some smart features, but the latter is underwhelming and the app suffers from lag.

If you’re looking for a baby monitor that has all of the bells and whistles you could wish for, BT’s Smart Baby Monitor with 5in screen might be just what you’re after, but do you really need all of those extra features and is it worth the money? We put it to the test to bring you a full review.

Take a look at our round-up of the best baby monitors for more buying advice.

The BT Smart Baby Monitor is near the top of the range when it comes to price, with an RRP of £149.99. There are certainly cheaper options, but this does have a lot of features that cheaper models miss out on.

It’s available in the UK from a variety of retailers, including BT itself.  You’ll also find it at Mothercare, Argos and John Lewis.

It’s not available to buy in the US.

There is a cheaper model available with a smaller, 2.8in screen. You can save about £20 if you opt for that one. Alternatively, if you don’t need the app connectivity and smart features, you can get the 5in screen with the BT Video Baby Monitor 6000 with that same £20 saving.

BT has opted for a purple and white design, with no alternative colour options. It’s reasonably neutral, but for those who’ve spent months preparing a perfectly coordinated nursery, it’s frustrating that there’s not a simple white option that would be more likely to match most colour schemes.

Beyond that, it’s a bit clunky, with the 5in screen housed within a thick, plastic unit with wide bezels, control buttons to the right and an LED sound meter to the left. There is a sturdy kickstand on the rear, along with a huge adjustable antenna to help if you’re struggling to get a clear signal between the monitor itself and the camera. Thankfully the antenna can be tucked behind the monitor if it’s not needed.

While the chunky plastic design isn’t the sleekest, it does feel sturdy and durable, handy because you’ll be moving it from room-to-room with you and won’t want to worry about it being fragile. There’s a rechargable battery built-in, which is charged using the micro-USB port on the back. The charging plug and cable is included.

The camera module is big, but has a compact base that will sit on even a small surface. There’s no option to clip it onto the side of the cot itself so if you don’t have a surface nearby you might have some difficulty, but the camera adjustment features we talk more about later in this review might solve some of that problem. It is also possible to wall mount it should you wish to.

Let’s first talk more about the display itself. For the most part, we’re impressed with it – it’s large, it’s in colour and it offers good night vision. But it does have its downsides. It has a low resolution of 480 x 272, which means the quality isn’t great. It’s also quite reflective, so from certain angles you might struggle to see it if you’re in a bright room or outside.

We mentioned the LED lights to the right of the display – they are designed to show you sound levels in your baby’s room, so you’ll easily spot if they’re crying. This happens even when the monitor is in standby mode with the screen off. It’s really effective.

You can push the Talk button to chat with your baby through the camera unit – there is a slight delay and the sound quality isn’t great, but you may find that your baby responds well to it. Alternatively you can play lullabies through the camera – there are several to choose from – but they are not great quality at all so we don’t imagine many babies will enjoy them (you certainly won’t).

In the top right corner of the display, you can see what the temperature of your baby’s room is at a glance. Other details shown include signal strength and the time. 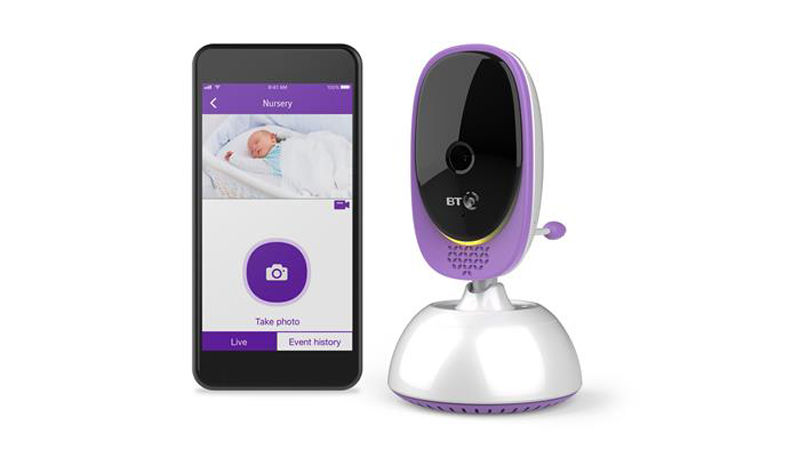 Connecting the baby monitor to your WiFi means you can access lots of features via an app on your Android or iOS phone. The app is the BT Smart Controls app, which is easy to set up and pair with the monitor. The app can be a bit slow at times, and we also experienced some lag, but overall it’s simple to use and provides a better quality image than the monitor itself, at 720p.

You can use the app to view the camera’s stream, record video or take photos (there’s no other way to get footage or photos from the camera as these are not stored), but also to adjust settings, set notifications for things like temperature drops and increases. Motion detection is also available via the app, but it’s quite sensitive so can sometimes be more of a nuisance than a help.

The app also provides better range than the monitor’s display, and you can have both running simultaneously if both parents want to keep an eye on the baby at the same time.

Battery life is up to four hours, but you’ll be unlikely to need that much. We found that we had the monitor plugged in for the majority of the time, and only needed to unplug it when wandering from room-to-room temporarily. In standby mode with just the sound monitor on, it’ll last longer without being plugged in.

BT states that the signal range of the monitor is 250 metres outside, or 50 metres inside. We tested it in various rooms in the house and the signal was strong throughout, so we don’t expect there’ll be many instances of poor signal unless you live somewhere particularly spacious.

We haven’t touched upon the ‘smart’ features of this Smart Baby Monitor yet, but that’s because they’re actually quite underwhelming. You can connect to Amazon Alexa or Google Assistant, but all that achieves is the ability to ask for the temperature in your baby’s room, enable or disable the motion detection feature, and play one of those terrible tinny lullabies.

Unless you really want the bells and whistles, you may be better off with the slightly cheaper BT Video Baby Monitor 6000, which offers many of this model’s best qualities.