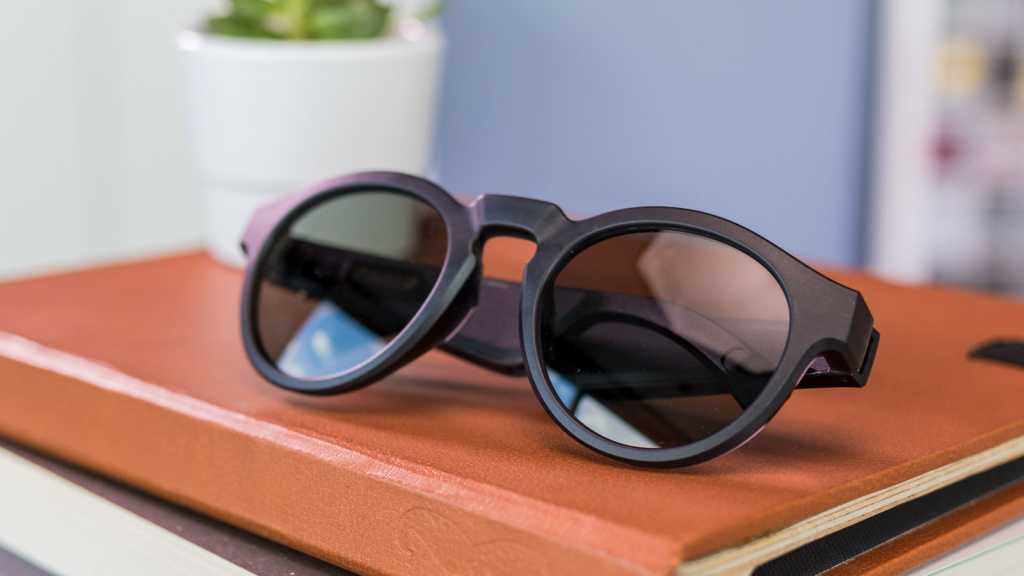 If you’re looking for sunglasses that’ll prove a talking point this summer, then Bose’s alternative to headphones will surprise you with their decent audio and smart connectivity. They also look pretty darn stylish.

We’ve got Beats and AirPods, but here’s something a little different from Bose – sunglasses which double up as an in-ear headphones but without, well, any headphones. We review Bose Frames.

The audio giant’s move into wearables shouldn’t be a surprise  when you consider headphones have always been something you wear, but you might be surprised we’re talking shades here. What does a part of your wardrobe have to do with enjoying your Spotify faves, you might ask?

First up, put away any thoughts of Snapchat Spectacles and Google Glass as while Bose Frames have an augmented element, it’s AR audio we’re dealing with here. Anything visual is relegated to the design of the specs themselves (which we rather like the look of).

The ‘wow’ factor comes in how you can listen to music through these shades without having anything plugged into your ear  –  and nobody around you will notice a thing. Yep, you read correctly.

Going beyond first impressions, just how useful are these wearables for enjoying your audio on the go – and is there anything else you can do with them besides streaming the latest Tame Impala?

You can pre-order Bose Frames from Amazon UK and Amazon US. There are two styles available at the same price of £195/$199, the roundish Rondo and rectangular Alto. Even sunglasses that aren’t also headphones can be easily more expensive.

We reviewed the Rondo style with standard black lenses; if you want coloured lenses then these’ll set you back in non-polarised at £19.95/around $25 and polarised at £29.95/around $30, but there don’t seem to be buy links to these yet.

Pre-orders are also available from the Bose store. They go on sale 31 May.

We had a chance to wear the frames for a fortnight and we can first tell you that yes,  nobody on the tube will hear you listening to My Neck, My Back over and over on the morning commute. Not unless you’ve really jacked up the volume as that’s when leakage is noticeable, so be wary not to enjoy your NSFW sounds at too high a level.

To pump up the volume brings us to our main niggle, in that playing with volume levels on your Bose Frames can only be done through your phone. While there is a discrete button on the right arm of the glasses with which you can pause, skip and stop, ideally with an augmented product like this you’d expect to only touch one device at a time.

Even better would be the ability to control music using head movements, but that’s perhaps something to be rolled out in future models or even software updates.

Bose told us at product launch that to enjoy upcoming advancements you can keep the same frames, so buy these in the knowledge that you won’t need to shell out for a 2nd-gen anytime soon.

Pairing up Bose Frames with our old-ish iPhone was easy; just switch on your Bluetooth and go from there like you would with any wireless headphones. There is a Bose Connect app out there which suggests AR apps to enjoy with the glasses, but it’s not essential.

Perhaps the app could be tailored at one point so as to ‘lock’ your Bose Frames with just your phone. We say this as we had an odd incident where the frames somehow stayed tethered to the phone of the last person to use them – even thought they were nowhere in radius. Trying to connect them again to my own phone proved fruitless until the other party returned and made their own device ‘forget’ the frames.

It would also be great if with the app you can change the generic American voice of the interface; I think I’d rather hear a gentle purr in my head instead of your standard robotic sprite, thank you.

On the subject of apps, you can enjoy YouTube, Apple Music, Spotify etc through the frames whilst Instagramming or browsing online; buffering won’t be an issue.

Google Maps is also fun to try with these, a helpful voice giving you the right directions you need when exploring the big city.

You can also get Siri to listen to your commands, and Google Assistant capability will be coming at some point. That’s because Bose Frames have a built-in microphone like many pairs of headphones.

To test this out I made a call in the busy streets of London and was delighted to have an easy two-way conversation where the sounds of the city didn’t drown out one word I was saying (and vice versa). I may have looked insane doing it, but the thrill was definitely worth it.

It’s also easy to switch between calls using the same button on the frames, plus you can also answer WhatsApp calls. I was even able to tap for dictation in the popular chat app and spell out a message or two through the wearables. Bose may call these ‘smart sunglasses’, but I call them a Smart Assistant on the go.

The audio on Bose Frames for calls is good –  and it’s the same story for your music. I could happily appreciate the beats of Flying Lotus whilst strutting through Piccadilly Circus on a busy weekday afternoon.

Bass-heads will be disappointed, but otherwise expect a crisp level of sound for your tracks.

If you’re wondering how this all works, first know that this thankfully isn’t the often disappointing bone conduction that we’re talking about. Instead, the shades make use of custom stereo transducers built into multi-ported acoustic chambers in the arms. Music is delivered to the ears through ultra-precise geometry, at the same time being sampled and ‘silenced’ by ports on the arms so no sounds are delivered to anyone else.

What this means is the wearer gets an ‘open ear experience’. With Bose Frames you can have a conversation with a mate whilst nodding along to Grimes, or just enjoy music without having that pressure of a bud in your ear. Ambient sound won’t get in the way of your ambient vaporwave mix, in other words. With this tech, you’re living in the ‘smart zone’, a place where reality blends with augmentation – and it’s quite a nice place to be in.

Bose is primarily marketing these for people looking to replace their Ray-Bans. Two big problems though – the frames won’t suit all face sizes, and short-sighted wearers who decide to replace the lenses with prescription ones will be instantly voiding their warranty. No alterations allowed, alas.

The Alto make meanwhile doesn’t look too hot, and with each style there is a certain bulk to the arms which can’t be missed. The front of the Rotondo almost makes up for it, though, being the most stylish of the set if you ask us. We do wonder if a partnership with Ray-Ban would have added to the aesthetic, as a collaboration would probably have been the best way to create a meaningful alternative to traditional sunglasses.

Note that Bose has built these frames in the sturdy and reliable Grilamid TR90 plastic, and lenses will block 99% of all UV rays. Smart or not, these shades do what they’re supposed to do. The case seen in the photos comes supplied.

Battery health is good and the Bose Frames can be easily charged with the provided USB cable.

To turn off the shades, simply flip them over as below and press the button to wake up. Simple, really, although shutting them off by folding the arms together would have made just as much sense.

It’s been a long time since a new bit of tech wowed us at TA towers, but the Bose Frames certainly caught our attention in a way not felt since the launch of the even the iPad.

Looking beyond initial first impressions, Bose Frames provide a decent and innovative alternative to headphones for anyone looking to enjoy the upcoming summer with their favourite tunes and friends by their side. The feeling of having a clear ear is hard to beat, especially during the heat of the summertime, and the audio is surprisingly decent.

The downsides come in Bose’s decision to ignore millions of short-sighted consumers and hitting stores before fully utilising the glasses’ AR capabilities. At the launch event Bose informed us of AR apps that can detect your movement when using the frames – one example being a golfing app – and yet the one thing thing wearers would probably make good use of isn’t available. We’re talking movement of the head to control your playback and volume, of course, and TA will be keeping an eye on future software updates to see if Bose Frames realises this potential to the full.

There is a whole universe of possibility with wearable tech like this, and Bose Frames is a great start on that front. Whether you’re looking for sunglasses different to the norm, a Smart Assistant on the go or simply a way to keep your ears fresh in the heat, then Bose’s entry into the wearables market is an impressive effort indeed.

Just make sure you get the right style at checkout.