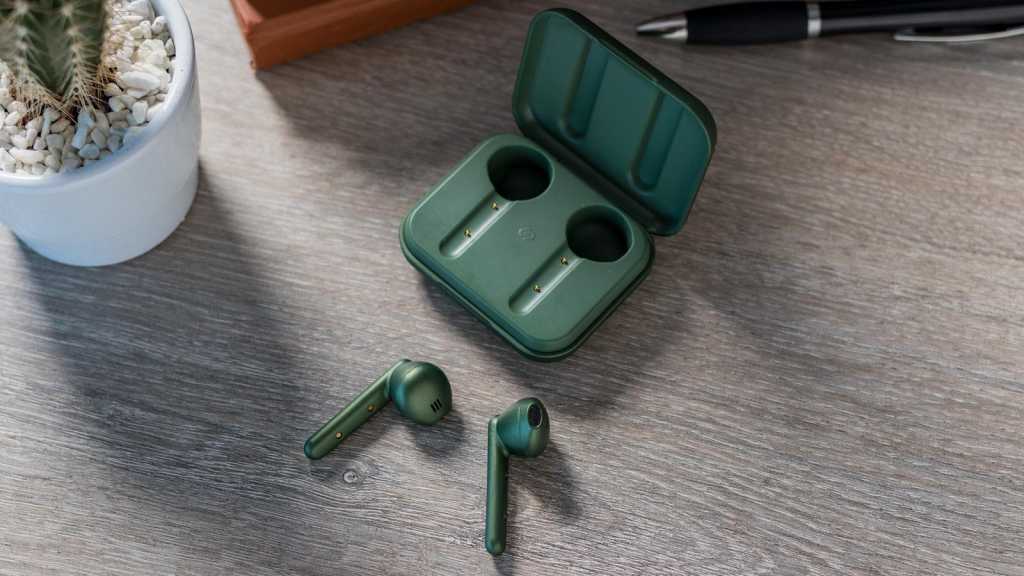 The Urbanista Stockholm earbuds are really guilty of what Apple’s worst critics accuse it of: style over substance. They look great, but an uncomfortable fit (at least in my ears) and so-so sound hold them back. If you get lucky on the fit and you’re more worried about headphones that look the part than sound it, then check these out, but otherwise it’s worth spending a little more.

The AirPods are arguably the last product Apple released that had a really transformative effect on the tech industry, and since then countless companies have come out with their riff on the basic concept, with wireless (or ‘true wireless’) earbuds now available from almost every audio company out there.

The Stockholm earbuds are the first attempt on the format from Swedish company Urbanista, and the focus here is on nailing the look of Apple’s AirPods while keep the price much more accessible. But are the compromises in audio quality too severe to recommend it?

The Urbanista Stockholm earbuds are available now, and will set you back £89 in the UK or $99 in the US. Depending on your headphone habits that might sound like a lot, but for wireless earbuds it’s a competitive price – and in the UK they’re currently half-price from Carphone Warehouse, making them just £44.50.

AirPods themselves cost £159/$159, and most of the other true wireless headphones we’ve reviewed cost a similar amount, with some even costing double that. There’s not much other competition below £100/$100 yet, and most other cheap headphones are either wired or neckbuds, which is going to be the main draw of the Urbanista Stockholm for most people. 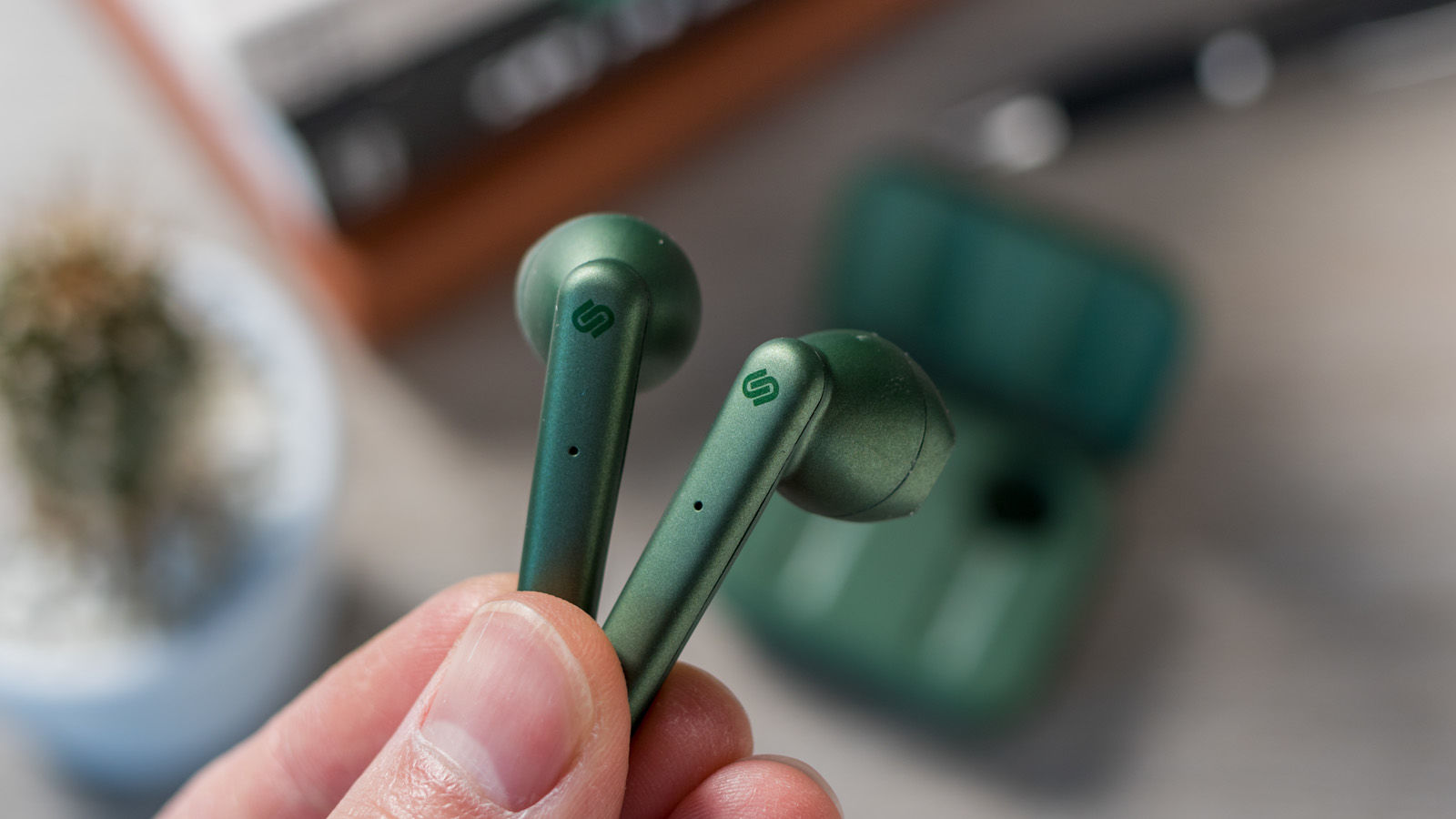 The first thing you’ll notice about the Urbanista Stockholm earbuds is that they look great. Available in black, white, pink, or green, they exude a muted, minimalist Scandinavian aesthetic that leaves them looking a) great, and b) much more expensive than they really are.

They use the same music note design as the AirPod, with a small round section that goes into your ear and a thin vertical part that dangles vertically below. There’s a single small LED on the stem that’s used to indicate power and pairing, and a very subtle Urbanista logo that also serves as the main input: this marks out the touch-sensitive part of each earbud, which you use for all the controls.

Whichever colour you pick the slim charging case will match. The earbuds clip into the case magnetically as they charge, and the whole thing is as sleek and minimalist as the headphones themselves – there’s an engraved logo, a Micro-USB charging point, and a single LED to indicate charging, and otherwise the whole design is pretty much un-interrupted.

Essentially, these look great. Maybe not quite AirPods-premium, but the design is similar, the colours are a nice touch – especially the green of our review unit – and so if style is one of your main concerns in a pair of headphones, and AirPods are out of your budget, then these have a lot going for them. 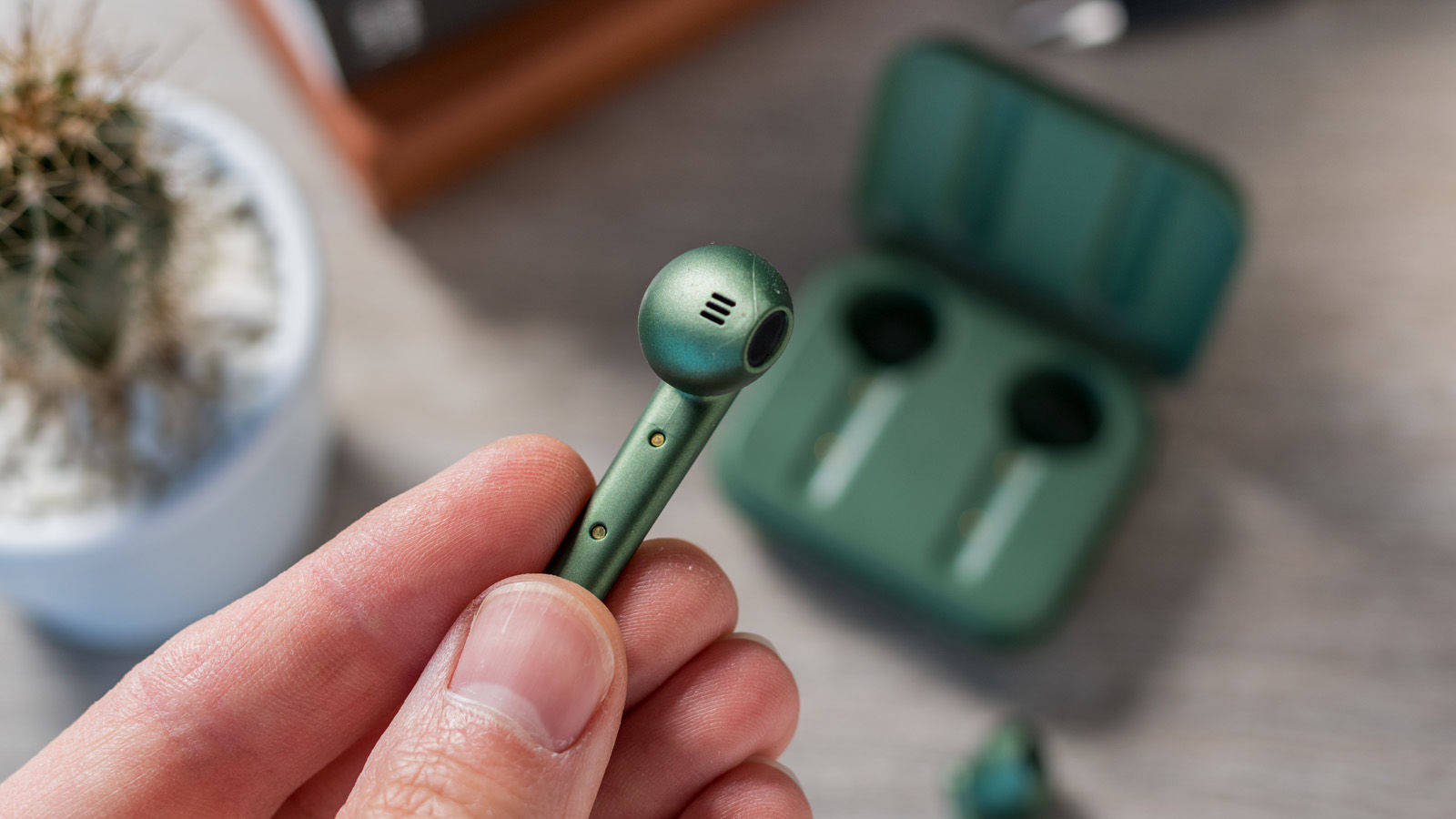 You might noticed I haven’t mentioned the tips of the earbuds yet, and that’s not by accident. The Urbanista Stockholm buds follow in Apple’s footsteps in fit too, as there are no squidgy silicon tips, you just put the plastic earbuds straight into your ears.

That means they’re very much one-size-fits-all, but in my case it was one-size-doesn’t-fit. I found the Stockholm earbuds incredibly uncomfortable, essentially facing a constant choice between letting them sit comfortably in a spot where part of my ear blocked the speaker and muffled the sound, or jamming them in to get the full audio but leaving myself with aching ears after just a few minutes.

Now this is not to say that you’ll find the Stockholm’s uncomfortable: every ear is different, and for all I know mine are a particularly weird shape. But without a set of removable ear tips you’re stuck hoping that the earbuds will be a comfortable fit, and if they’re not then there really isn’t much you can do about it. That’s a problem with any non-adjustable earbuds of course, but it’s always worth being aware of. 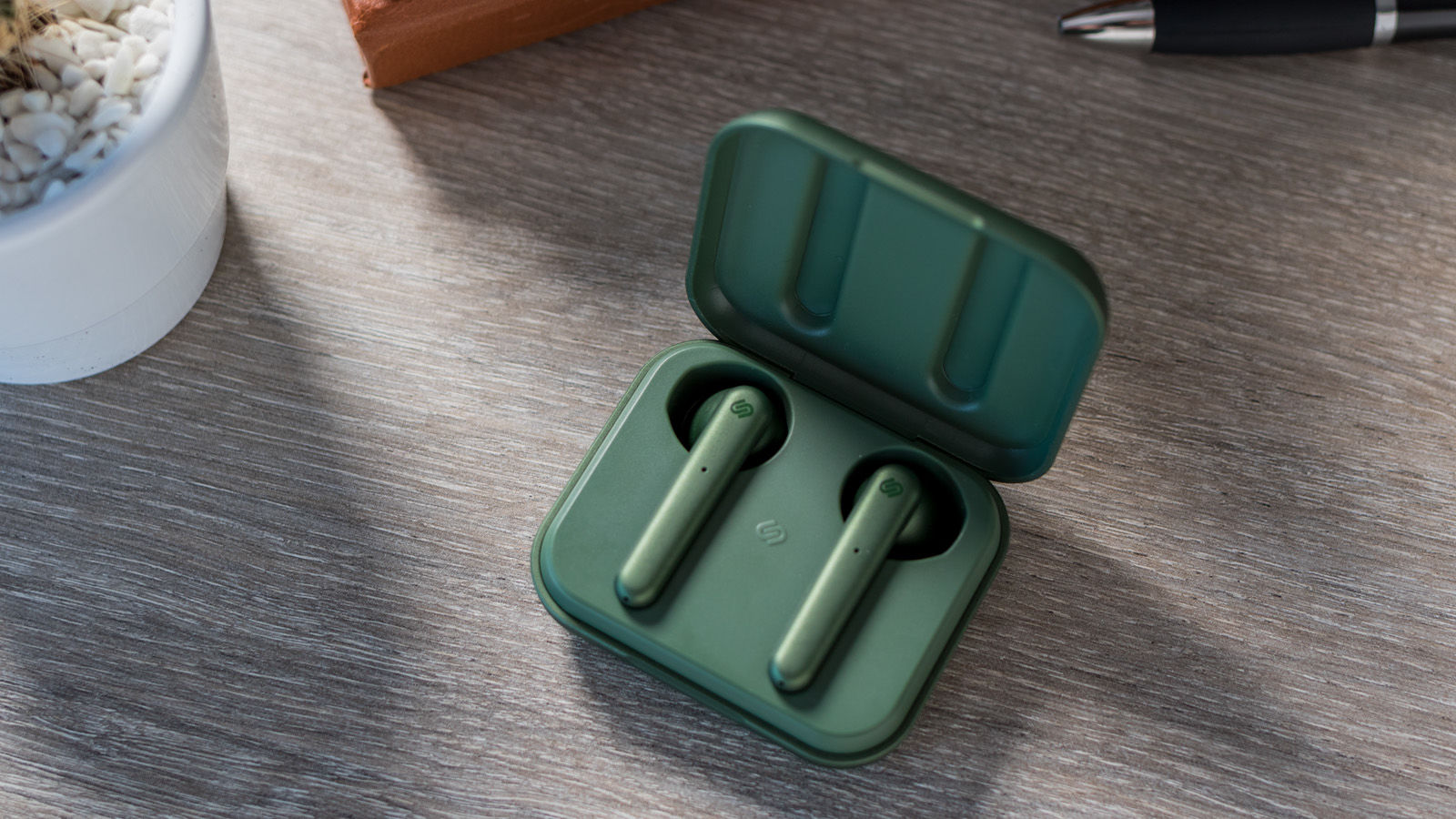 Finally, what are the Stockholm earbuds actually like to listen to? They’re basically fine, but they really don’t excel. As I said earlier, you’ll first have to get them into the right position to get the most out of the sound, but once you do they’re decent, but not exciting.

Bass response is fairly thin, so these won’t hold up well for hip hop or electronic stuff, but there’s enough treble and mid response to do a better job with vocal-led pop and rock stuff. It’s the sort of sound profile we’ve come to expect from cheaper earbuds, but at this price it’s a shame that the Stockholms can’t deliver a little more oomph.

It doesn’t help that they share another design feature of the AirPods: terrible noise reduction. There’s no active noise cancellation – though we wouldn’t expect it either – but the design results in a lot of noise leakage, and you really will hear everything around you while these are in. That’s annoying, but it’s also likely to drive you to crank up the volume and risk hearing damage.

Controls are handled by touch, which is convenient, but it takes a bit of remembering what does what. Tapping, double-tapping, and long-pressing does different things depending on the earbud, so at first you’ll spend a lot of time raising the volume when you want to lower it, or skipping ahead when you just wanted to pause.

Battery life is more impressive though: the earbuds last around three and a half hours per charge, and you can get a total of 14 hours out of the case, just as Urbanista claims. The only real downside is Micro-USB charging rather than USB-C or wireless, but that’s a minor quibble really.

The Urbanista Stockholm earbuds are really guilty of what Apple’s worst critics accuse it of: style over substance. They look great, but an uncomfortable fit (at least in my ears) and so-so sound hold them back. If you get lucky on the fit and you’re more worried about headphones that look the part than sound it, then check these out, but otherwise it’s worth spending a little more.