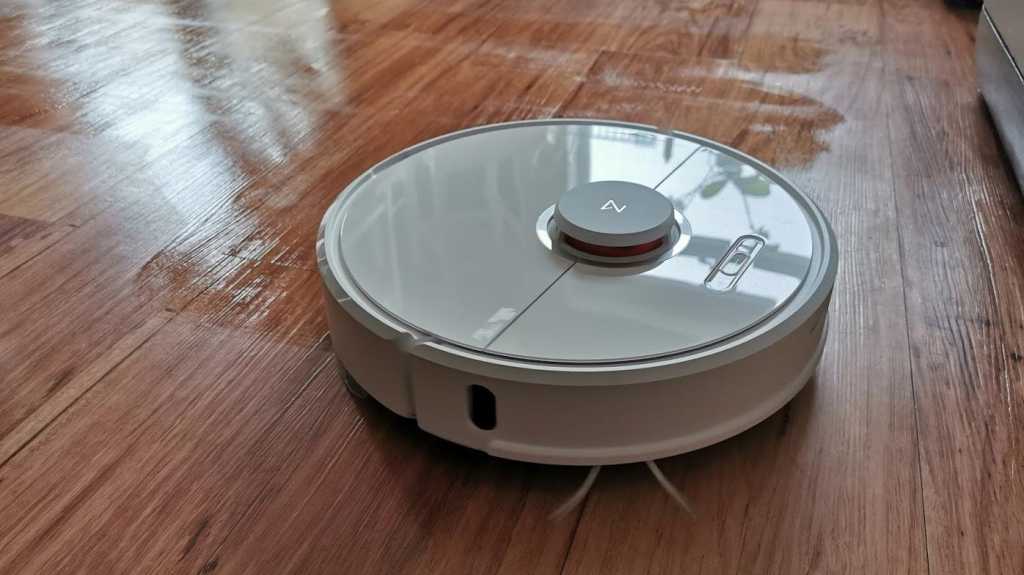 The Roborock S6’s vacuuming performance is very good, but mopping isn’t as effective. We’re looking forward to the new app, but for now the old one does the job.

Our first experience of Roborock was with the E2. It’s a fine introduction to robot vacuums, but you quickly wish it had a few extra features. Enter the S6, the successor to the previous flagship, the S5. It has laser navigation and an editable map which lets you tell it where it can and can’t clean.

You can buy a Roborock S6 for 549 € in Spain, Germany and France, and it’s now available in the UK for approximately £450.

At this price, it undercuts quite a few flagship rivals from iRobot and Vowerk but is obviously a good chunk more expensive than entry-level models, such as the Roborock E2.

You can see more alternatives in our roundup of the best robot vacuum cleaners.

Like most robot vacuums, the S6 is circular. It’s possible to reach into corners thanks to a single rotating outer brush, which brings dirt closer to the main brush and – of course – the suction. 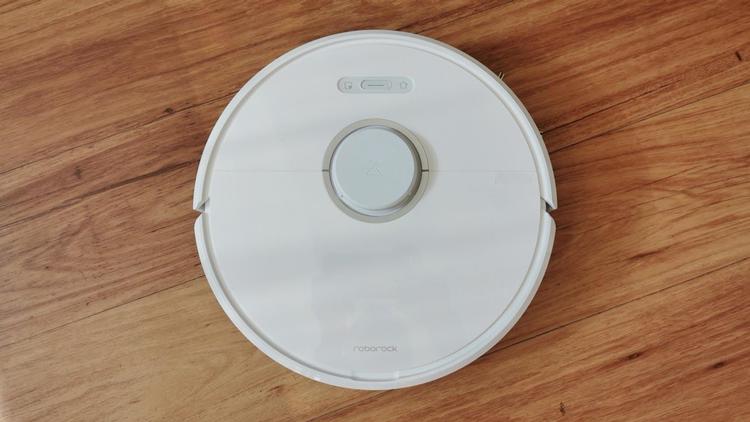 Talking of suction, the S6 is rated at 2000pa which is higher than many robovacs. Yet, in the Balanced mode, Roborock says it’s 50 percent quieter than the S5 which it replaces, as well as being 20 percent faster at cleaning thanks to its new adaptive route algorithm.

A door on top opens to reveal the dust bin, which is pretty small but large enough to hold the dirt from a single clean, in our experience. 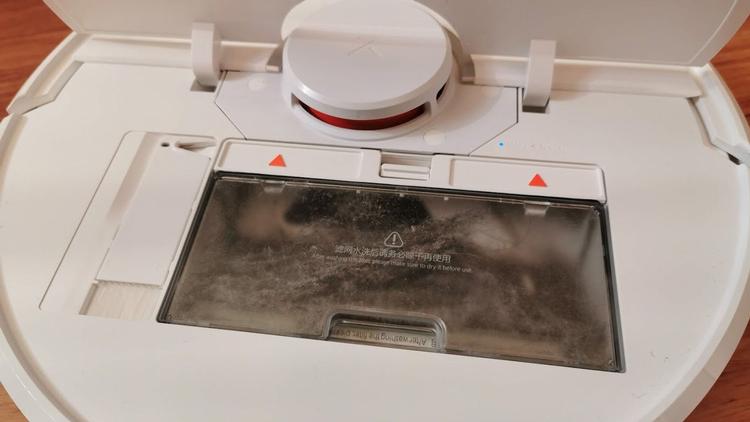 Using lasers, among other sensors, the S6 can quickly scope out a room and figure out how best to clean it. For example, it will clean long, thin hallways with a lengthways path, not side to side which would be slower.

It’s capable of handling steps up to 20mm tall, which should mean it can cross most thresholds and transition between hard flooring and rugs. However, it got stranded a couple of times on the base of an Ikea POÄNG chair.

Fortunately, via the app it’s possible to set no-go zones to prevent this happening while you’re out. Despite Roborock insisting that Xiaomi is only an investor, the S6 – like other Roborock models – relies on Xiaomi’s Mi Home app for advanced settings.

You can, if you really want to, use the S6 without the app, but you’d miss out on all the best features. After the first successful clean, which involves the S6 making it back to its dock to recharge, you can edit the saved map to add rectangular zones which are off-limits, as well as virtual barriers which could be used to stop the S6 entering a particular room at all.

Using the map, the S6 is supposed to automatically detect individual rooms which can then be named, but that didn’t work for us the first time. Fortunately, after the second clean it divided up the space into rooms. It didn’t quite get it right, splitting an L-shape kitchen into two rooms, but the app makes it easy to merge these into one. 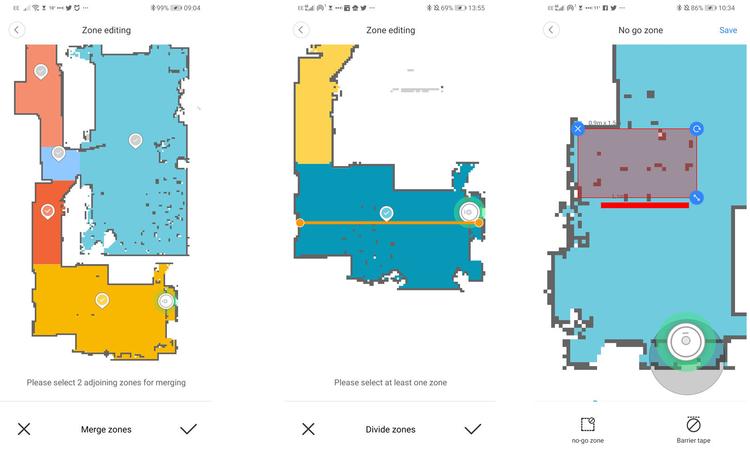 Roborock says you’ll be able to name rooms, but you can’t do that just yet. There isn’t really any benefit, either, as the Roborock Alexa skill is very basic. All you can do once you’ve linked your Xiaomi and Amazon accounts is to tell Alexa to “turn on roborock”.

Getting back to the design, we like that the S6 has a storage space for the combined brush / knife tool that makes it easier to clean the main brush which will inevitably become entangled by hair. It’s easy to remove and replace this brush without tools.

In the box you’ll find a clip-on water tank with two microfibre cloths and 10 disposable cloths. It uses a gravity-fed system to dampen these cloths for mopping and Roborock has updated the settings in the app so you now have control over how much water flows out of the tank.

Where the E2 left some dirt behind after vacuuming, the S6 is much more impressive. It made our floors nice and clean, and did a great job on carpets and rugs too. There’s a setting in the app to automatically increase suction when carpet is detected, and this works well.

After learning its environment, the S6 was also noticeably more efficient and didn’t go over the same area multiple times or use any random paths as we’ve seen other robot cleaners do.

Unfortunately, mopping performance is mediocre. It can clean up minor spills, but it won’t remove dried-up dirt from your floors and certainly won’t rival the cleaning power of a steam mop. There’s a small slider on the bottom of the water tank which you can switch to allow more or less water to drip out onto the cloth.

Mopping isn’t separate to vacuuming: the S6 still vacuums as it mops, so you have to use the virtual barrier tape in the app to prevent it from mopping any carpeted areas or rugs. 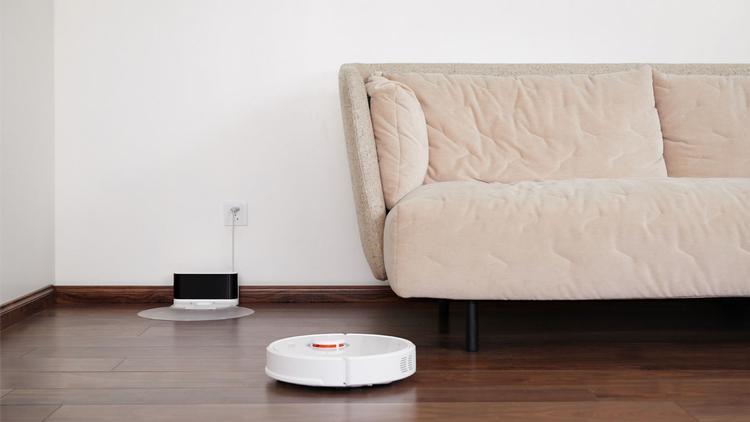 The multitude of sensors work well to prevent the robot bumping into objects, but having witnessed a couple of collisions with chair legs, we’d advise removing anything delicate from your floors before setting the S6 going. You must clear away wires or anything that could entangle the S6, but it will notify you via the app if there’s a problem.

Six cliff sensors stop it from flying off the top of your stairs, but again, it’s wise to use the virtual barrier in the app to ensure your expensive device doesn’t end up smashed at the bottom of the staircase.

Roborock says it’s working on its own Roborock-branded app which should be ready by the US launch but for now the Mi Home app is acceptable, if a bit fiddly to set up Wi-Fi with the vacuum. The dashboard shows you the current charge level, the area last cleaned, and the time taken. 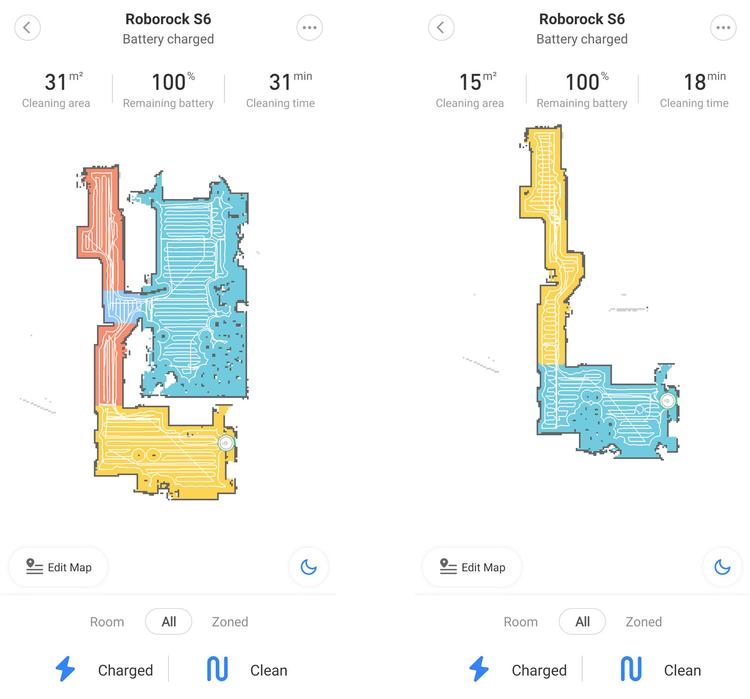 It’s annoying that the map-saving feature isn’t enabled by default, so you can’t use the zoning function until you do this and set the S6 off for a full clean. 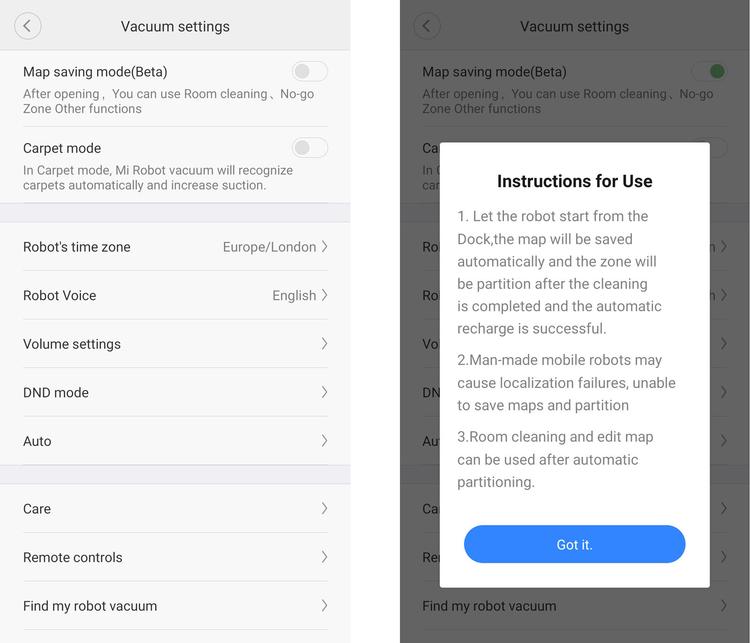 A Timer section allows you to create a schedule so the S6 can clean while you’re out, and for each one you set up you can choose which rooms to clean and which suction mode is used. The full 2000pa is only available in MAX mode, which is obviously the loudest, but vacuuming is still effective in Balanced mode where the S6 isn’t too noisy to be used while you’re at home.

The 5200mAh battery is good for about three hours of cleaning or 250m², but in practice few people will have a large enough home for the S6 to run out of juice before it has finished cleaning. It’s still nice to have the power on tap, though.

The app keeps track of how much use each consumable has had and will remind you when items need replacing. You get a spare filter and edge brush in the box, but other spares are relatively available and inexpensive.

The Roborock S6 is a great robot vacuum cleaner which proved effective in our tests, able to suck up a surprising amount of dirt. You’ll need to prepare the cleaning area first, removing wires and other obstacles that could snag the wheels or brushes, but thanks to the no-go zones, you can prevent it from getting stuck in between chair legs or on other obstacles.

If there’s a disappointment, it’s the mopping performance which is really no better than on the much cheaper Roborock E2. But then again, we’ve yet to see a robovac which can do a decent job in this respect.

Finally, we want to see better integration with Alexa, and hopefully support for other assistants as well.