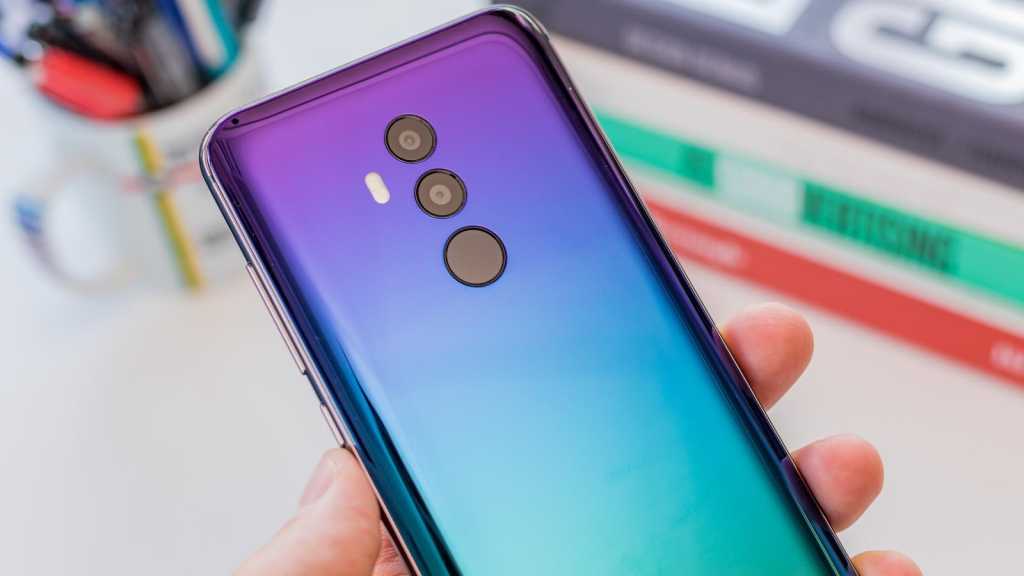 Offering very good value, UMIDIGI’s Z2 is one of many budget phones hailing from China that pushes the boundaries on what you can get for your money. The design is very good and photography better than we expected, while performance is just a touch lower than its similarly priced rivals, but it makes up for this with 18W fast-charging. It’s difficult to go wrong at £159.99, and the Z2 should please many users.

UMIDIGI is a Chinese phone brand that makes good-looking smartphones at affordable prices. This Z2 follows on from the  UMIDIGI Z1, with upgrades to the processor, cameras and design.

A 2018 release, the Z2 looks very different to its predecessor, adopting the tall aspect ratio and notched-screen design that has become trendy in recent times. It features a gradient rear, with the Twilight option reviewed here switching seamlessly from green through blue and purple.

It’s not all about the looks, of course, and the Z2 packs a Helio P23 processor with 4- or 6GB of RAM that offers usable performance at this price level, certainly at least in line with rivals. The Mali G71 MP2 isn’t up to much in terms of gaming, but we’re fans of the 18W fast-charging 3,850mAh battery, taking this one-day battery phone from zero to 100% in 80 minutes.

The rear dual-lens camera is now increasingly switched out for triple- or even quad-lens models in 2019 flagships, but this budget phone offers two lenses at the front as well as the rear, upgraded from the previous 13Mp + 5Mp setup to 16Mp + 8Mp.

It runs a clean (but old) Android 8.1 operating system, with full Google apps.

Where to buy UMIDIGI Z2

At this price it’s cheaper than many of the models in our best budget phones chart, perhaps most closely aligned with the £179  Mi A2 Lite, another high-value Chinese phone from Xiaomi.

The Z2 has some decent all-round specs for a budget phone, but a major part of its appeal is in its design. The mirror-finish Twilight gradient is incredibly eye-catching, and you’re unlikely to want to hide it away in the boring black silicon case that is also supplied in the box. It does attract fingerprints, however, in common with other glass-rear phones.

UMIDIGI has increased the size of the panel from 5.5- to 6.2in, but without making the phone too large and unwieldy. It’s achieved this by adopting the trendy 19:9 aspect ratio and minimising screen bezels, with an impressive screen-to-body ratio of 90%.

The screen itself is an IPS LCD, very clear and bright and with excellent viewing angles. The notch that houses the two selfie cameras and earpiece (but not a notification LED) is a chunky example, evident of a pre-waterdrop-style design, but it still helps the phone look more modern than other budget models.

Just 8.3mm thick with curved glass at the rears and a sleek metal frame, the 167g Z2 feels completely smooth and sleek in the hand, if a little slippery. There are no jutting out camera bumps or noticeably raised edges, and overall build quality is very good.

One thing missing from the Z2’s design is a headphone jack, which is becoming much less common on modern smartphones. Instead you get a USB-C charging port that does double duty as an audio port, and there’s an adaptor in the box.

A mono speaker pumps out audio from the bottom of the phone. The quality is alright when you keep down the volume, but it does distort when you push it. Since it isn’t the loudest speaker to start with you might want to hook it up to a Bluetooth speaker instead.

Over on the left side is a pin-operated hybrid SIM tray. This can accept two Nano-SIMs, both able to support 4G LTE in a dual-SIM dual-standby setup, or one SIM and a microSD card up to 256GB in capacity, bolstering the phone’s internal 64GB. Connectivity is pretty good in this respect, and we also appreciate the responsive fingerprint sensor on the rear, but do note there’s no NFC.

While performance is nowhere near flagship-level, and doesn’t immediately appear to be anything to get excited about, at this price it’s good, and it will be quite usable for most daily tasks. It’s just a touch behind the competition, but it’s unlikely you’d be able to perceive a difference here. Weirdly it’s slower than its predecessor but, again, not by a great deal.

The gaming performance in our benchmarks is low, but no lower than other cheap phones – those that beat it in framerates do so only because they have a lower-resolution screen. It will be fine with casual games, but you won’t want to throw anything too intensive at it.

With four cameras onboard, photography is one of UMIDIGI’s key selling points. The assembly is identical front and rear, with a 16Mp + 8Mp setup with f/2.0 aperture. It’s capable of shooting 1080p video, too.

The Camera app is very basic, but we were pleasantly surprised by the quality, in both daylight and low-light.

Though some noise is visible the overall image is pretty well defined for a budget camera, and the Z2 does a better job than some phones twice its price when light is at a premium, picking out the various shades of black and grey and rendering text readable. Colours are also mostly accurate.

The HDR mode is a bit of a let-down, brightening the photo to the extent that it just ends up looking washed-out.

A good-looking budget phone that will handle most daily tasks and casual gaming with ease. The UMIDIGI Z2 is a little slower than its rivals at this price point, but not perceivably so, and adds appeal with encouraging low-light photography, dual 4G LTE, expandable storage and a very clean – if old – mobile OS.