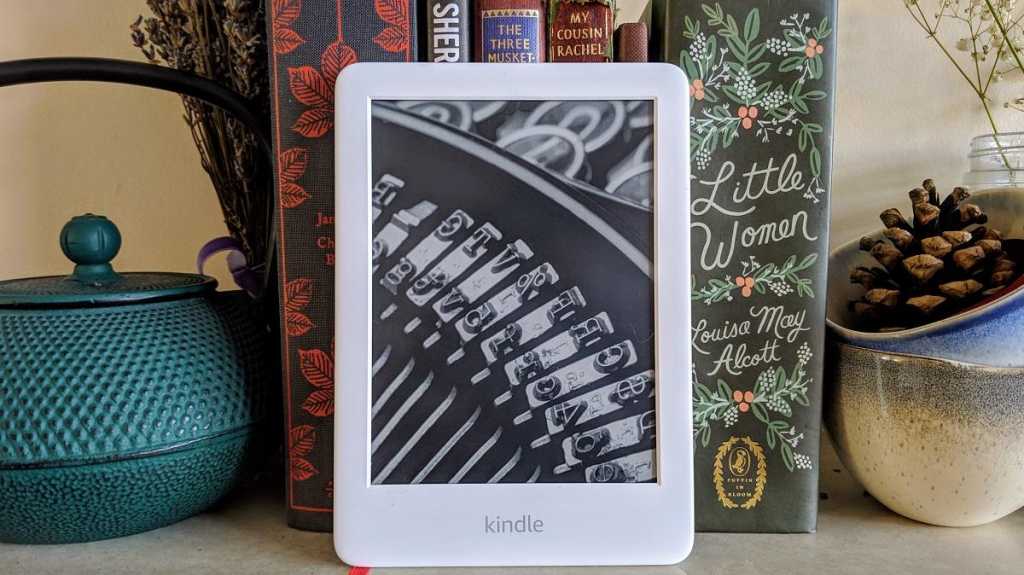 The regular Kindle now has a light meaning you might have little reason to splash out on one of the more expensive models if you don’t need extra features like waterproofing and 3G. The Kindle 2019 does the basics and does them extremely well so it’s ridiculously good value despite being a little more expensive than its predecessor.

It’s been a while since Amazon updated its cheapest eReader but this year brings with it a new model which finally gains a light meaning you can read at night or easier outdoors. Here’s our Kindle 2019 review.

The Kindle for 2019 is still the cheapest of the current range. It’s £10 more than its predecessor which makes sense when you realise that the last model was in 2016.

That makes it £50/$40 cheaper than the Paperwhite (2018). It’s also worth noting that the 2016 Kindle is still on sale. It’s not as good of course and we’d recommend spending the extra to get this new model but if you really can’t stretch then it’s just £49/ $54. There’s also a new Kids Edition of this Kindle, plus a higher-end  Kindle Oasis for 2019.

We review and rank the  best eReader and take a look at the best Kindle specifically.

The design of the Kindle remains pretty much the same as before. When you think about it, there’s not really much Amazon can do to it. It’s not like a smartphone where the bezels can be reduced because you actually need to hold onto them here.

Fancy things like hidden page turn buttons could be added, but that would push the price up and the whole point here is that the Kindle is affordable. So what you get is a simple, no frills design, and that’s fine. If anything, it means the Kindle is elegant and timeless. 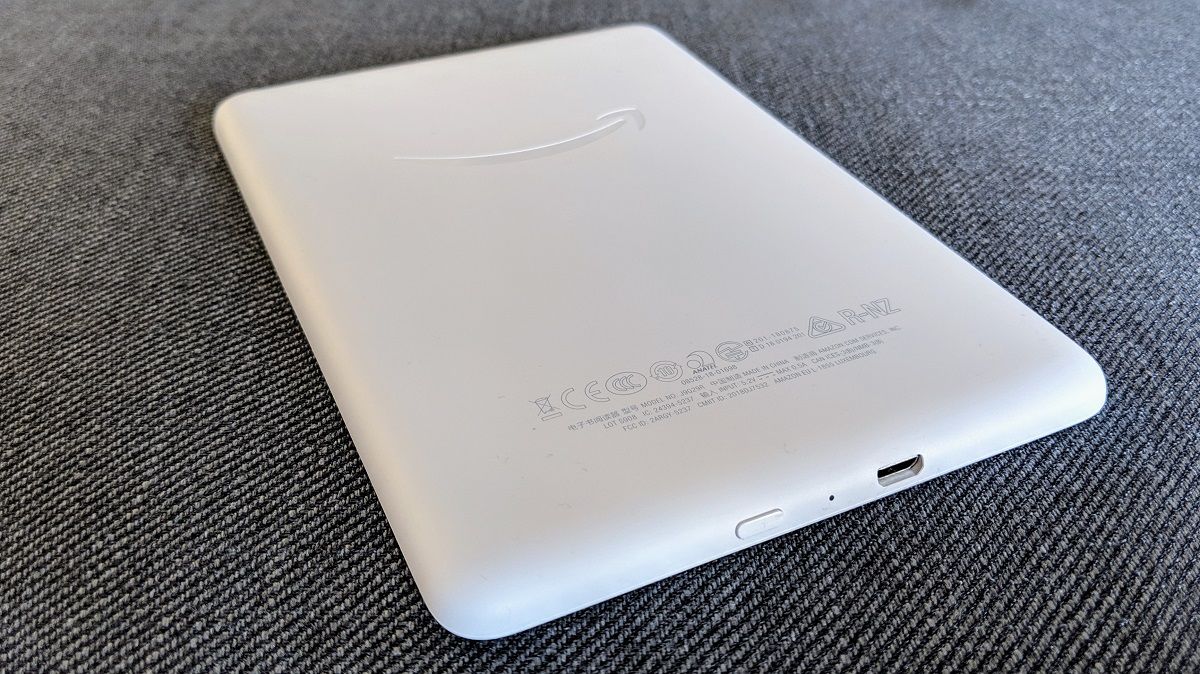 It’s thinner than its predecessor at 8.7mm but is actually heavier at 174g due to the new lighting. It’s still lighter than the Paperwhite and Oasis, though.

The Kindle 2019 is available in black or white and we took a look at the latter. The device is nice to hold with a smooth but still a bit grippy plastic finish. There’s not much to speak of apart from a logo on the back and some slightly annoying legal info which shows up on the white plastic.

As you can imagine, the power button and microUSB port are located on the bottom.

The main thing to point out here compared to the more expensive Kindles in the range is that this basic model doesn’t have a flush screen so it sits slightly recessed to the bezel.

This is not the end of the world, nor is the lack of waterproofing and lack of page turn buttons when you remember the price. Construction is pretty solid and there’s little give in the frame which is good to see.

Amazon has made sure the Kindle 2019 does the basics, and does them well. 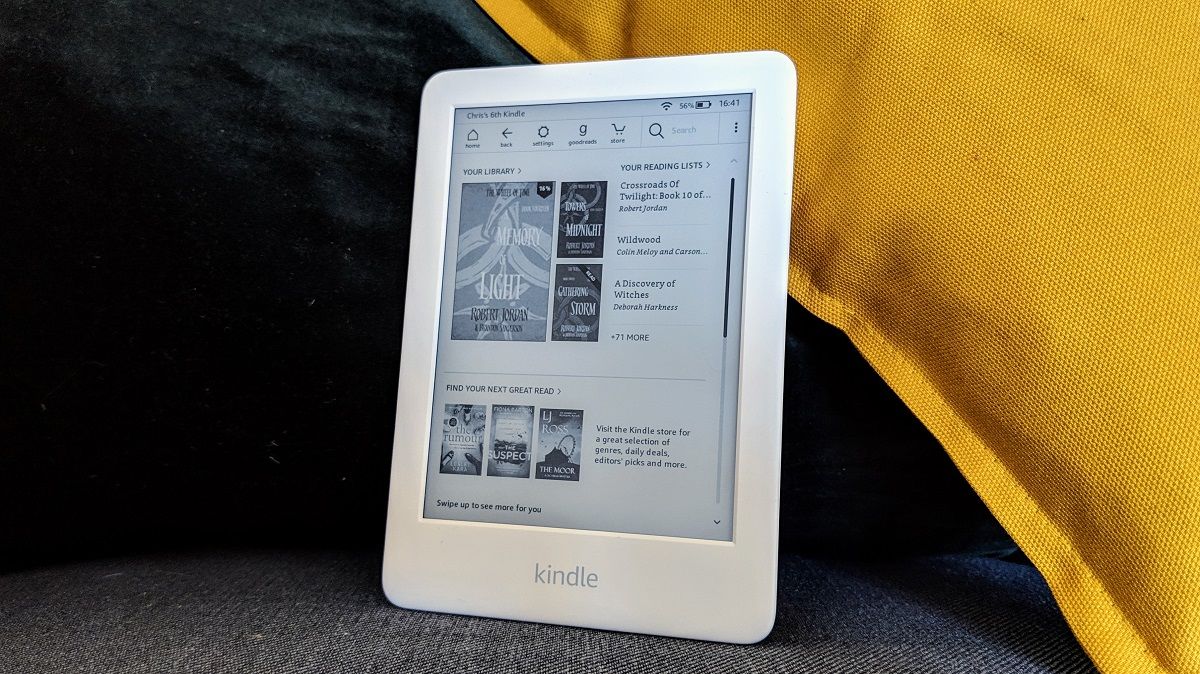 The headline upgrade here is the front light so this is the first time a Kindle lower down in the range to the Paperwhite has had a light. As you can imagine, this means you can read in the dark like when you’re in bed, on a plane or even when there’s a power cut. It also helps battle reflections if you’re outside and there’s strong sunlight.

This light is a little more basic than the other Kindles with only four LEDs, where the Paperwhite has five and the Oasis has 12. The light distribution is a tad less even and can’t hit the same brightness levels at maximum but that’s to be expected.

It also doesn’t automatically adjust but nor does the Paperwhite so even the fact that the regular Kindle has a light of any kind is a real boon. 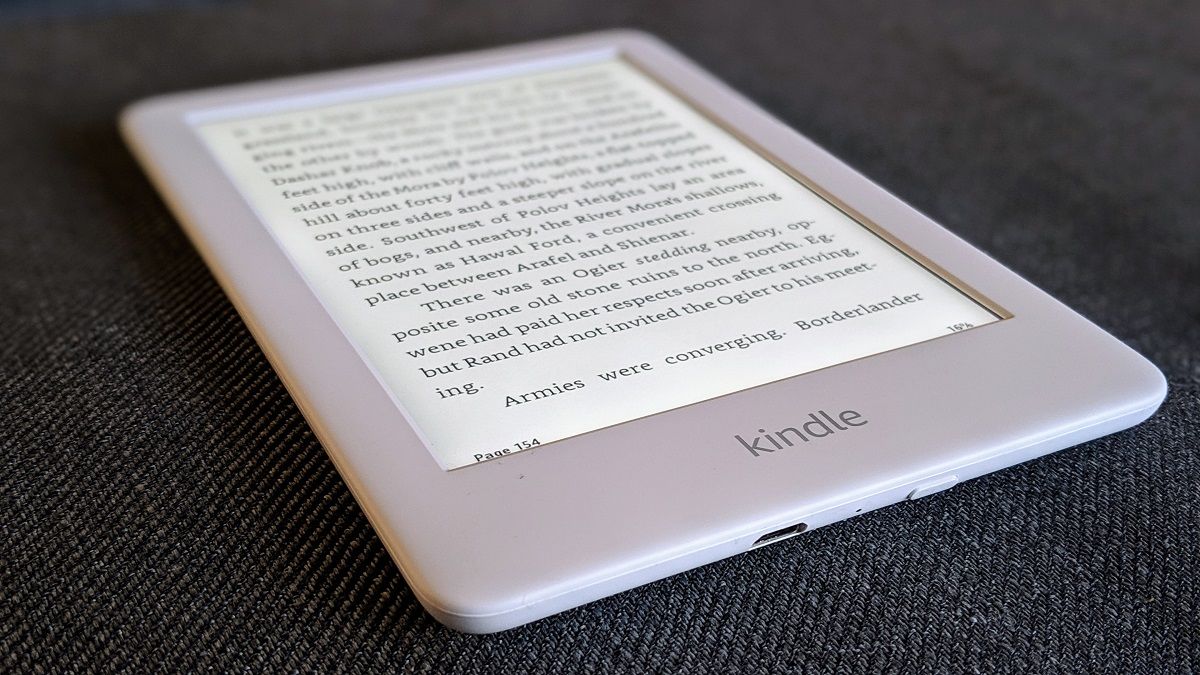 It now means there are fewer reasons to buy the more expensive models, but there are still disparities beyond the number of LEDs on offer.

As per usual, the screen is 6in but the Kindle still has a lower resolution than the other models. It’s 167- instead of 300ppi so it’s not as crisp. However, this isn’t hugely obvious when you pick up the device and if you haven’t seen the fancier displays then ignorance is bliss.

The Kindle’s screen is perfectly good for reading on, so you won’t be squinting unless you need some new glasses.

There’s 4GB of storage which is fine for thousands of eBooks but will fill much quicker if you want to download audiobooks. The Paperwhite and Oasis offer 8- or even 32GB if you want to store lots of audiobooks and other large files.

However, this will still fit thousands of regular books and you can make use of free cloud storage for all Amazon content. 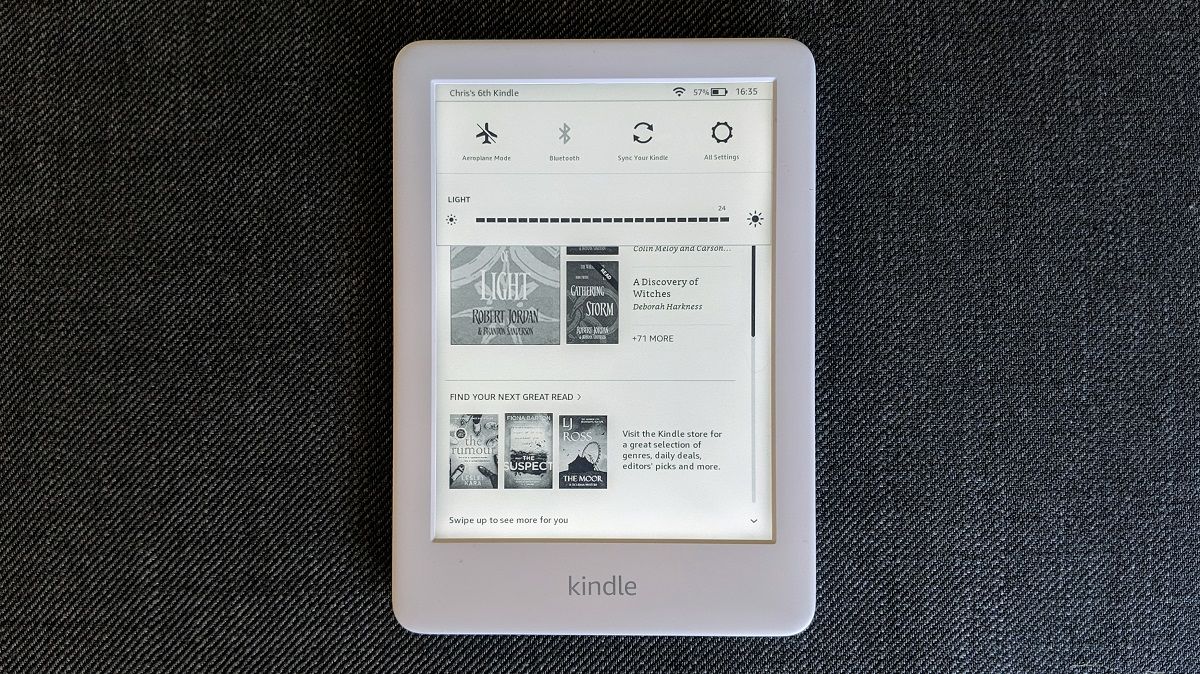 You also can’t choose a model with 3G/4G mobile data unlike other Kindles so you’ll need to find a Wi-Fi connection to download new books. The Kindle has Bluetooth so you can connect wireless headphones or speaker to listen to audiobooks.

In terms of battery life the Kindle will last approximately a month before you need to charge it. This is based on half an hour of reading a day, with wireless off and the light setting at 50%. As usual, we’ve not had the Kindle long enough to test this out but Amazon’s claims are always pretty accurate.

It’s a small shame that Amazon is still using microUSB instead of Type-C as charging takes longer and the connector isn’t reversible but this keeps costs down.

Now with built-in light, there are fewer reasons to spend any more on a Kindle than this entry-level model. You get a well-rounded experience and for not much more than the previous model that came out in 2016.

This is, of course, the best value for money Kindle but it’s worth taking a look at the Paperwhite in case you will benefit from its additional features like waterproofing and Bluetooth.

If you just want a decent eReader for the cheapest price then look no further than the regular Kindle.