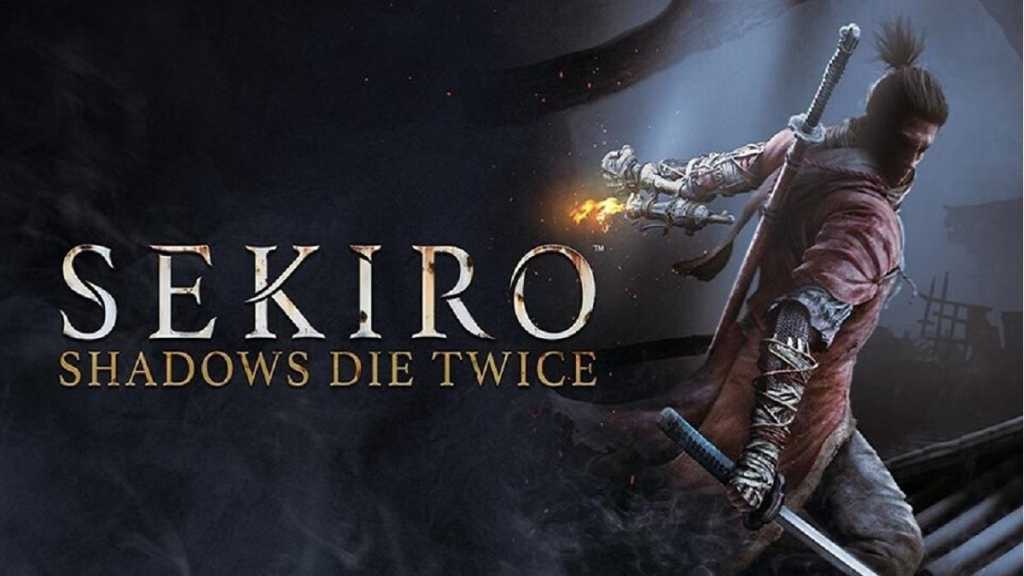 Sekiro: Shadows Die Twice is a beautifully crafted game. The combination of excellent story-telling and world-building, gorgeous visuals and sound design along with an outstanding combat system will make it one of 2019’s best games. The one aspect that keeps it from being a must-play for everyone is the sheer level of difficulty that some players will find off-putting.

The release of any From Software game is always met with a huge wave of anticipation. The raw quality of its previous titles in the Dark Souls series, as well as Demon Souls and Bloodborne, set an extremely high bar that any game release would struggle to live up to.

We’re extremely happy to say that Sekiro: Shadows Die Twice not only meets this bar but surpasses it. It is an incredible game for a large number of reasons; from the gameplay and world-building to the story and character progression.

It is, however, easily one of the hardest games we have ever played – it even makes Dark Souls look palatable.

You can also find a Collector’s Edition for the price of £99, which includes: 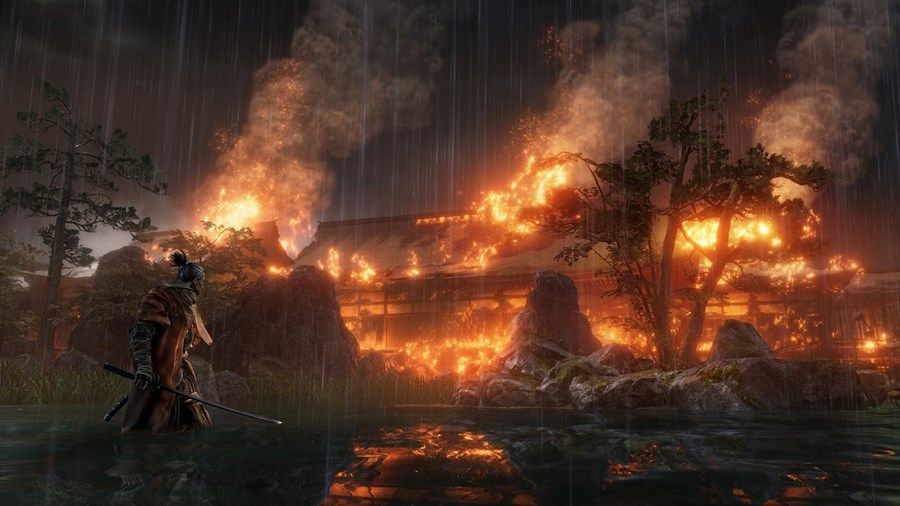 The tale of a disgraced Shinobi

Sekiro is set in a brutal alternate version of 1500s Sengoku Japan, and follows the journey of a shinobi (or Ninja) who has failed in his task of protecting his ward. This particular journey will lead you through a gorgeous, detailed and incredibly dangerous world filled with stunning locations and a cast of enemies that steadily get more outlandish and intimidating.

If you’ve played From Software games before, you’ll know the stories are notoriously hard to grasp – something is usually going wrong in a world where everything seems horribly wrong anyway, and various large creatures holding even larger weapons are making it abundantly clear that you’re not welcome. There was always a certain charm to this, as you had to dig for the story which was often open to some level of interpretation – leading to much speculation from the clues you can find in the beautifully detailed world. 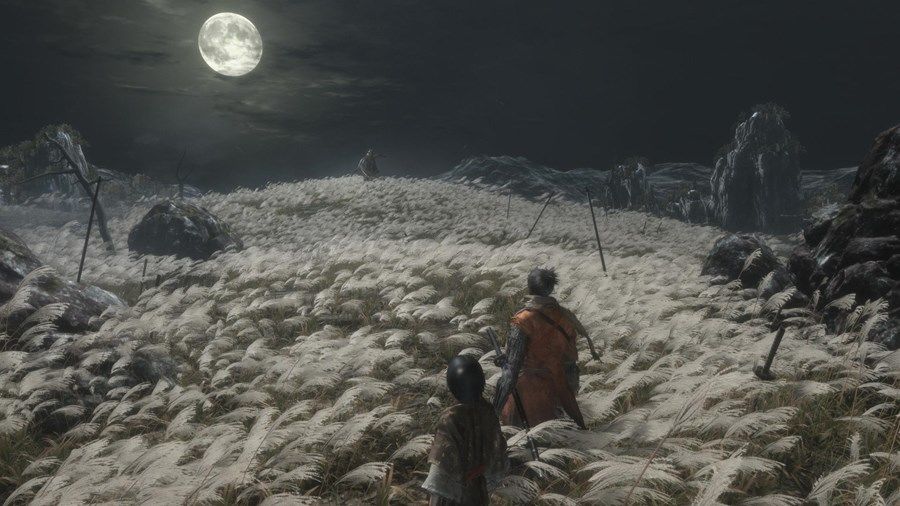 Sekiro does differ from this trend as the goal of the story is much more focused – your ward has been captured by an invading force and you must regain your honour by rescuing him. The power linked to his bloodline gives a narrative reason for why your character is immortal and is brought back each time he dies, but this does slowly start to have an effect on the world as characters you meet become more affected with a disease called ‘Dragonrot’ the more your character dies. This can stop character quest-lines from moving forward unless you can find some way to cure the rot that affects them.

The world-building found in From Software games is always incredible. The levels are very dense and multi-layered with rooftops, passageways and tunnels surrounded impossibly deep chasms and massively tall buildings and cliffs. You’ll find a wide variety of inhabitants of this world that help tell the story of the area you’re in, and some NPCs will even talk to you and ask favours, having their own agendas and motives.

The opening 5-10 hours you’ll spend exploring the outer buildings of a sprawling castle showing-off Japanese architecture covered in a dusting of snow. There are several moments where you can’t help but appreciate how hand-crafted everything feels and the unique way in which the world communicates information to you.

One of the most notable instances of this is the first boss, which as you’ve heard from the mutterings of the guards, is responsible for guarding the great gate that bars the way up into the castle proper. As you scale a wall you’re presented with a huge open space dotted with siege towers, fires and the endless bodies of slain soldiers who have apparently attempted to assault the gate previously, failing miserably.

You should know what’s coming when you drop down into this area, but you’re at least given a few seconds before a shout booms out across the open ground and the fun begins. 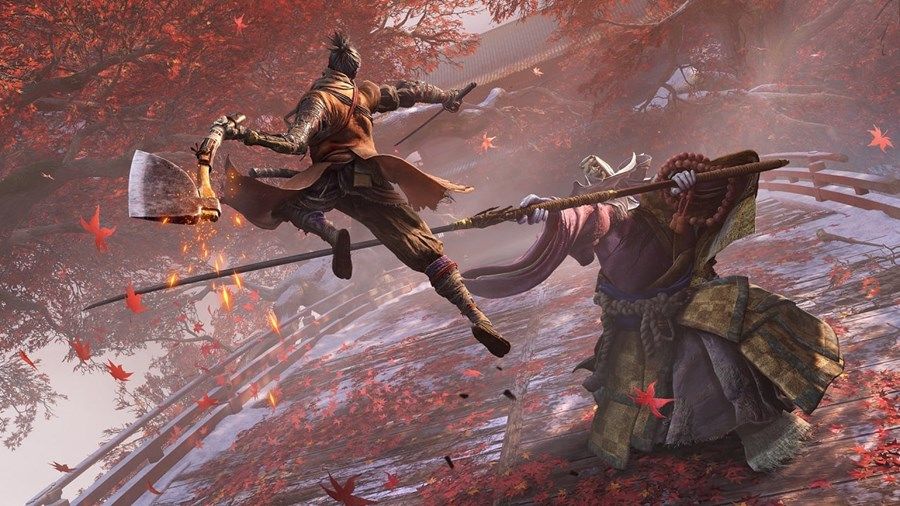 The graphics are stunning in general, and the art and animations are also on point too. The world feels cohesive and lived in, with some soldiers on duty and others drunk or asleep around campfires. The eavesdrop mechanic allows you overhear the guards talking, giving you important clues as to what is ahead – be that ways to defeat a particularly tough opponent or warnings as to what is around the next corner.

The combat system in Sekiro is one of the most intricate and best-designed we have seen in an RPG. It also has an incredibly high skill ceiling and will be almost impossible to master, but is incredibly satisfying to use when you get the hang of it.

This being the time and place of Samurai and Ninjas the combat is fast, fluid and incredibly lethal. Rather than smacking away at an enemy’s health bar, you’ll find yourself attacking their guard to reduce their posture, which will eventually bring them off-balance, granting you the chance to pull off a finishing move.

Having said that, enemies do have health too, and the lower that health is the slower this posture will regenerate. You can get around an enemy’s guard at various points to damage their health, although they will quickly recover to start blocking and parrying your attacks again. 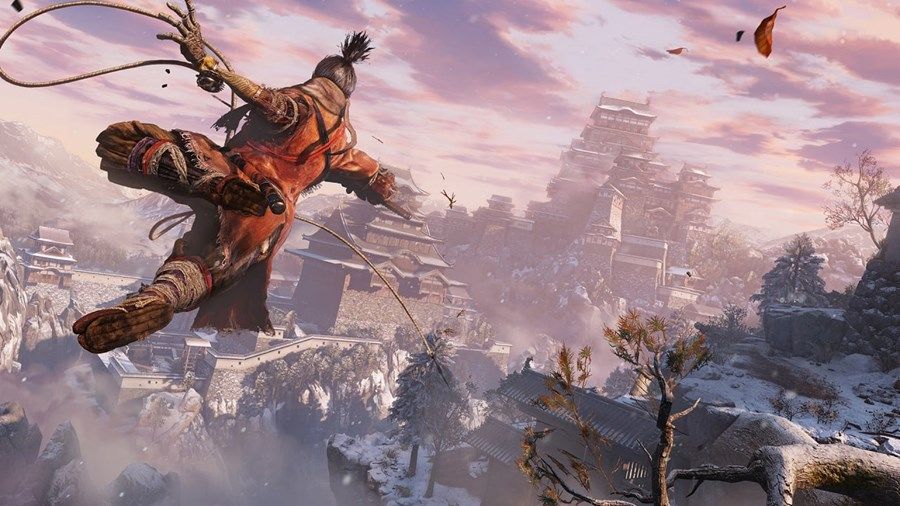 When you start to attack the harder enemies, mini-bosses or the big bosses themselves, just mindlessly slashing at their guard repeatedly will allow them to parry your attack and counter you – usually taking off the vast majority of your health bar without you being able to react. This means the secret to combat (which took us a while to work out) revolved around attacking an enemy’s guard, waiting for them to counter you – but then parrying their counter.

A perfect parry (tapping the parry button the moment an enemy attack lands) will do a lot of posture damage to an enemy, and will also break their guard for a moment – allow you to get an attack in at their health bar.

When fighting the harder enemies, their posture will regenerate very quickly if they’re not being attacked – so you’re being rewarded for being aggressive and attacking their defences. This is obviously more difficult than it appears, as one false step will see the boss hit you for at least half of your health and send you spinning away into the nearest wall.

You’ll also come across unblockable moves, which are highlighted by a red Japanese character appearing a second or two before the strike begins. The majority of these can’t be parried (perhaps only with certain fighting techniques which we’ll touch on later) and will do extreme amounts of damage.

A will allow you to jump into the air while B allows you to dart quickly to one side. A horizontal slashing attack will require you to jump over it, while a thrust or vertical chop will require a well-timed dash to one side. If you don’t do the correct one, or dodge/jump too early or late, your enemy will mercilessly punish your mistake at the cost of a massive chunk of health. 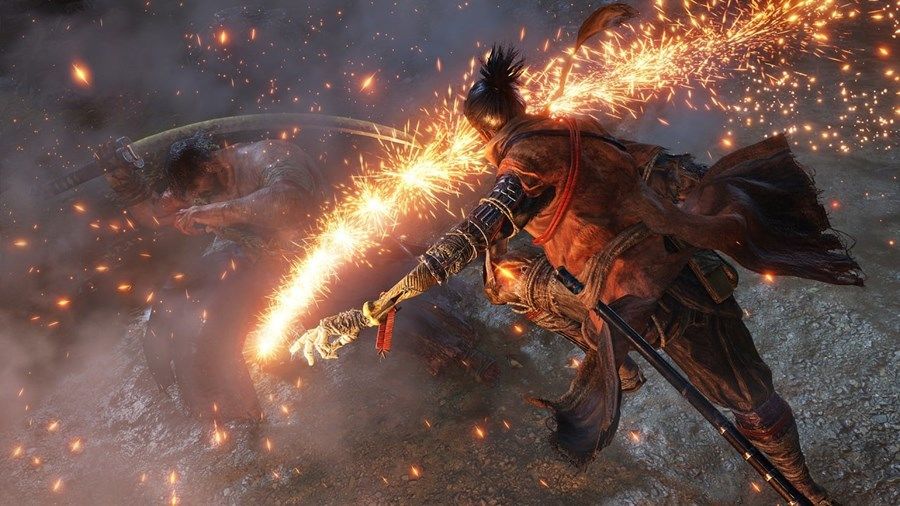 A top tip we’ve discovered – if you’re close to an enemy we’ve found that circling away from their weapon hand is usually a good tactic. So if they’re holding a sword in their left hand, move around to their right side. They’ll have to bring the attack across their body which gives you a little longer to react.

Moving on from the complexity of the swordplay, you’ll also start to collect a wide range of attachments for your prosthetic arm – you’ll start with a shuriken thrower for ranged or flying enemies, an axe for shielded or heavily armoured foes and a flame-thrower for those people that don’t like being on fire – which is most of us.

You’ll have limited charges of these weapons per life, so you’ll need to decide the best time and places to use them – they’re often the key to defeating certain enemies, which is something the game will help to teach you.

If all this wasn’t enough you’ll unlock different fighting styles as you move through the game, providing unique skills and abilities that allow you to customise your fighting style – everything from vaults, special strikes, dashes or the ability to vanish in a cloud of red smoke. 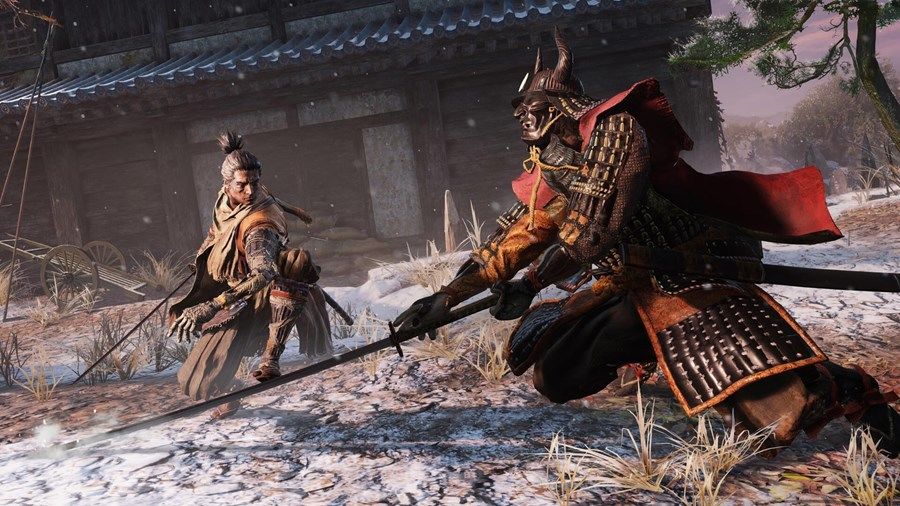 You’re going to die in Sekiro. A lot.

Luckily, you will also be able to revive yourself as soon as you die through a number of different methods, although you won’t be able to do this back-to-back, as reviving will put other methods of self-resurrection on cooldown for a period of time.

While the game is extremely difficult, it’s never unfair. Everything is beatable and the reason for your death is usually because you didn’t anticipate something, or attacked at the wrong time, or zigged when you should have zagged. 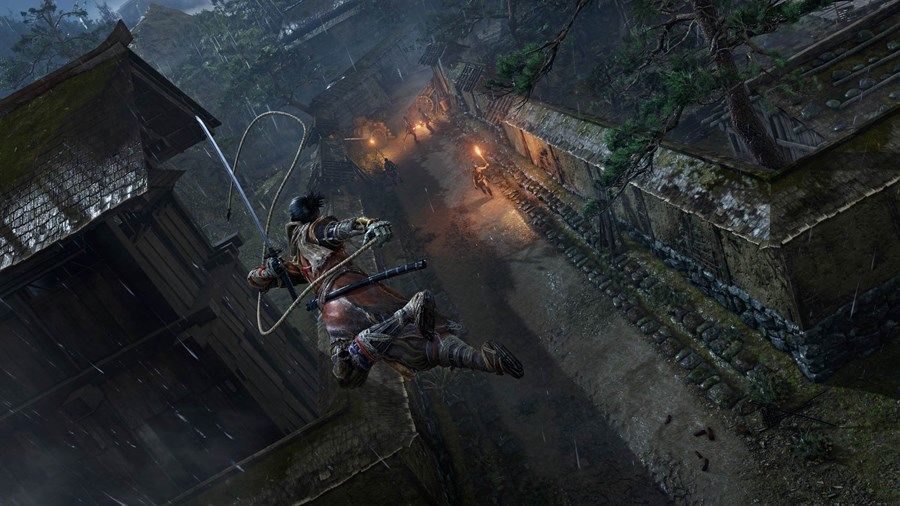 The game forces you to get better or give up, which helps to stir some steel-like resilience in all of us – so when you do finally pull off that dodge, attack, attack, counter, attack, jump, parry, attack combo you feel like a real-life Ninja. The animations really help with this, and along with the sound design, make it all look, sound and feel like an actual sword-fight.

Sekiro: Shadows Die Twice is an extremely well designed, atmospheric and beautiful game. It’s got possibly the best action-combat system of any RPG ever released and the story, coupled with the incredible world-building, always makes you want to see around the next corner.

For those who want a more relaxed gaming experience, they may not enjoy the steep requirement of mechanical skill the game demands of you – but with that in mind, Sekiro: Shadows Die Twice will almost certainly be one of the best games released this year and will be remembered for a long time.