Huawei’s pitch for the P30 is all about the camera, and it’s fair to say that the company has delivered. The Pro model may be one step ahead, but this version is still a match for almost any flagship out there, especially in low light and long-distance shots, where Huawei has really thrown down the gauntlet. The P30 also looks stunning, with a big display (and small notch), some lovely colourful finishes, and a seriously slim body – though the trade-off is one of the worst camera bumps we’ve ever seen. And there’s even a headphone jack. Do note that the P30 was announced before Huawei was put on the US trade blocklist and Google announced its decision to pull support, and therefore will continue to have full access to Google apps, services and security updates.

Set aside Huawei’s recent political controversies in the west, and the company is still putting out some of the best smartphones around. That’s continuing with its latest pair of flagships: the P30 and P30 Pro.

Most of the time the difference between regular and pro or plus models just comes down to screen size and maybe an extra camera lens, but this time Huawei has held a lot of the Pro’s best features back from the regular P30, so there’s a bit more to think about if you’re picking between the two phones – but the P30 is still a phenomenal phone in its own right at a much lower price than the Pro.

Huawei launched the P30 and P30 Pro at an event in Paris, but both phones are available now – you can grab them from Amazon,  Carphone Warehouse,  EE,  Vodafone  or  Sky Mobile. Find the  best P30 deals here.

Last year’s P20 launched at £599 and in line with rivals, the P30 gets a price bump to £699/799 Euro – and there’s only one spec available, so no different versions to pick between. That’s still a good chunk cheaper then the P30 Pro however, which starts from £899.

If you want something cheaper, you can pick up the  Huawei P30 Lite for £329 but be prepared for various sacrifices.

As with all Huawei phones, the P30 isn’t available to buy in the US. 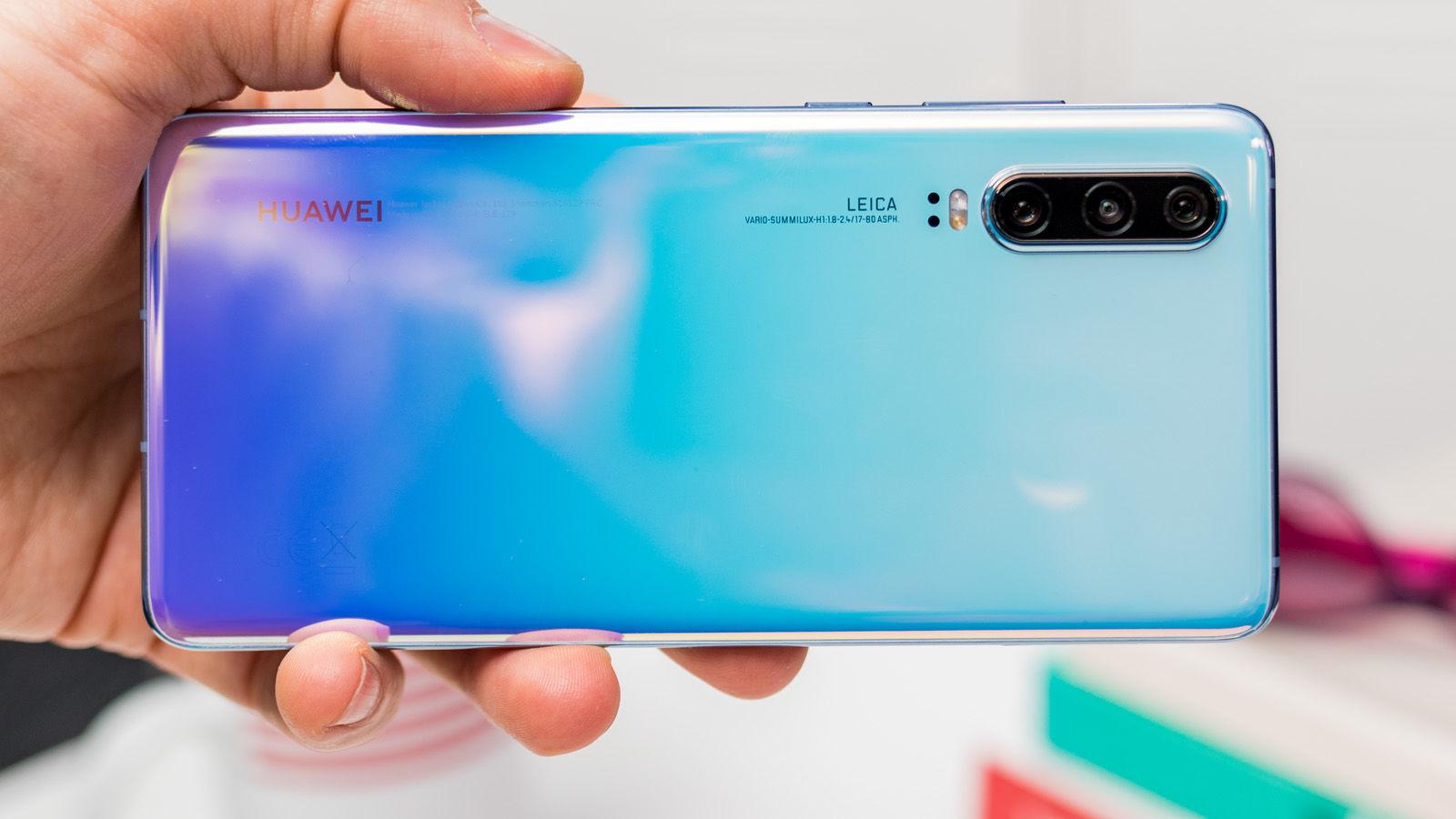 As always with the P-series, much of the focus with the P30 is around the cameras. And while the regular P30 doesn’t have the quad camera set-up of the P30 Pro, it’s still no slouch at all.

For one thing, the P30’s camera specs are a serious step up from the already impressive P20. While that phone had two lenses – one colour and one monochrome – the P30 has three, including a 3x OIS telephoto (8Mp, f/2.4) and wide-angle (16Mp, f/2.2). The selfie lens has also jumped up to a meaty 32Mp.

Arguably more importantly, the main lens has had a massive revamp. It’s now a 40Mp, f/1.8 shooter with what Huawei is calling a ‘superspectrum’ sensor. That means that instead of a standard RGB sensor – red, green, and blue – the P30 uses an ‘RYYB’ sensor. That means it captures yellow light instead of green, which the company claims includes both green light and additional red light.

So far, so jargon. But the end result – according to Huawei at least – is that the camera captures more light, giving the image processor more information to work with, and improving low-light photography in particular. That’s most notable in the phone’s auto mode, which now takes low light photos that are as good as – and often better than – the long exposure Night mode, which has a tendency to over-expose some elements.

You can see a variety of shots we’ve taken on the phone in the Flickr gallery right here: 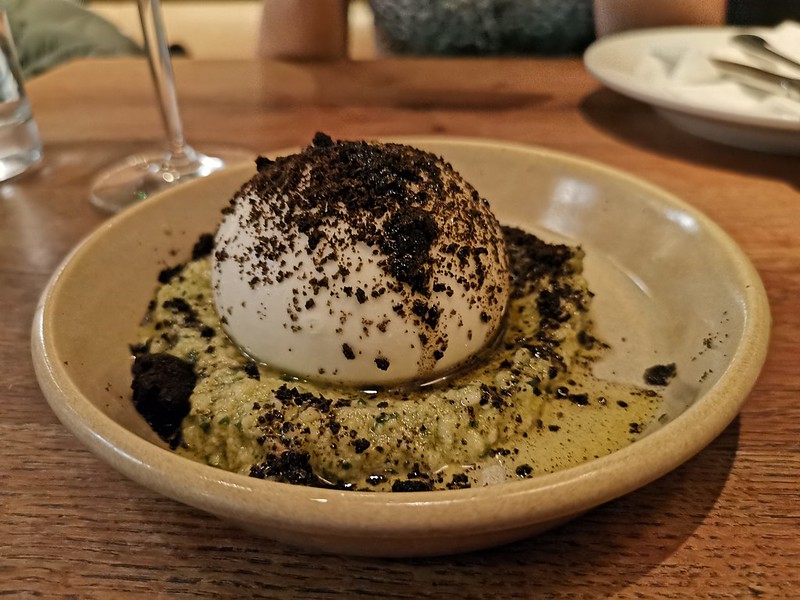 Even more impressive is the zoom. The 3x optical zoom can use digital trickery to work up to 5x hybrid zoom without any quality loss, and will jump all the way to a ludicrous 30x digital zoom – at that point there’s enough of a quality drop that you probably won’t get many usable Instagram pics out of it, but it’s undeniably impressive tech to show off to your mates.

One minor frustration: the single lens is capable of shooting 40Mp shots, but that won’t let you use the zoom or wide-angle lenses. Which would be fine, except there’s no quick switch to change the quality, so if you want to take most of your shots at 40Mp then you have to dive into the camera settings and turn it off every time you want to use either of the other lenses – by which time you might have already missed that perfect shot.

Check out this series of photos that show off the phone’s range from wide-angle through to 30x zoom – all taken from exactly the same spot: 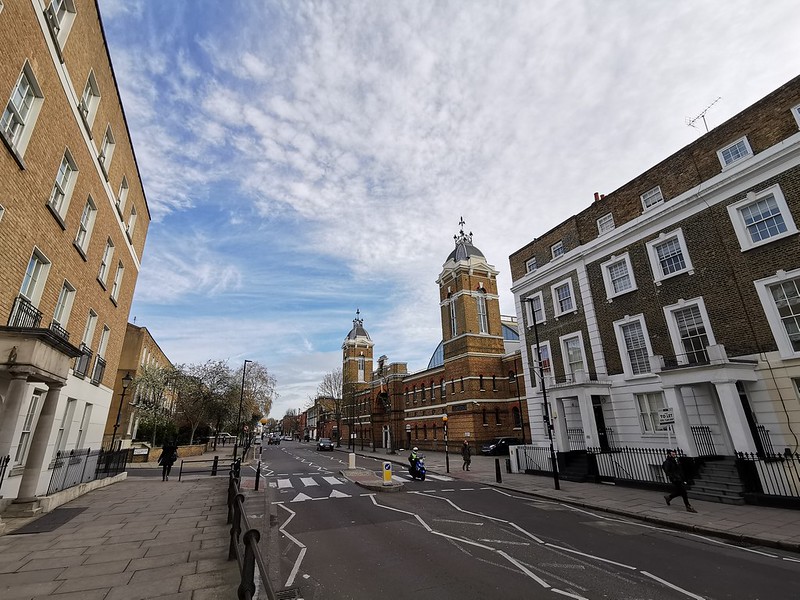 While we’re on cameras though, it’s worth flagging that this is the biggest area where the P30 Pro pulls ahead. It boasts optical stabilisation and an f/1.6 aperture on the main lens, along with 5x optical zoom – and up to 10x hybrid and 50x digital – along with a higher 20Mp ultra-wide lens. More than that though, it also features a fourth lens: a 3D time of flight (TOF) sensor which should give the phone even better bokeh.

That means the proper phone camera obsessives will want to jump up to the Pro, but for the rest of us the P30 is still a genuine powerhouse. The combination of wide-angle and phenomenal zoom together with great low light modes, all at this price point, is very hard to beat – most people should look seriously at the P30 rather than spending an extra £200 for the Pro’s perks. 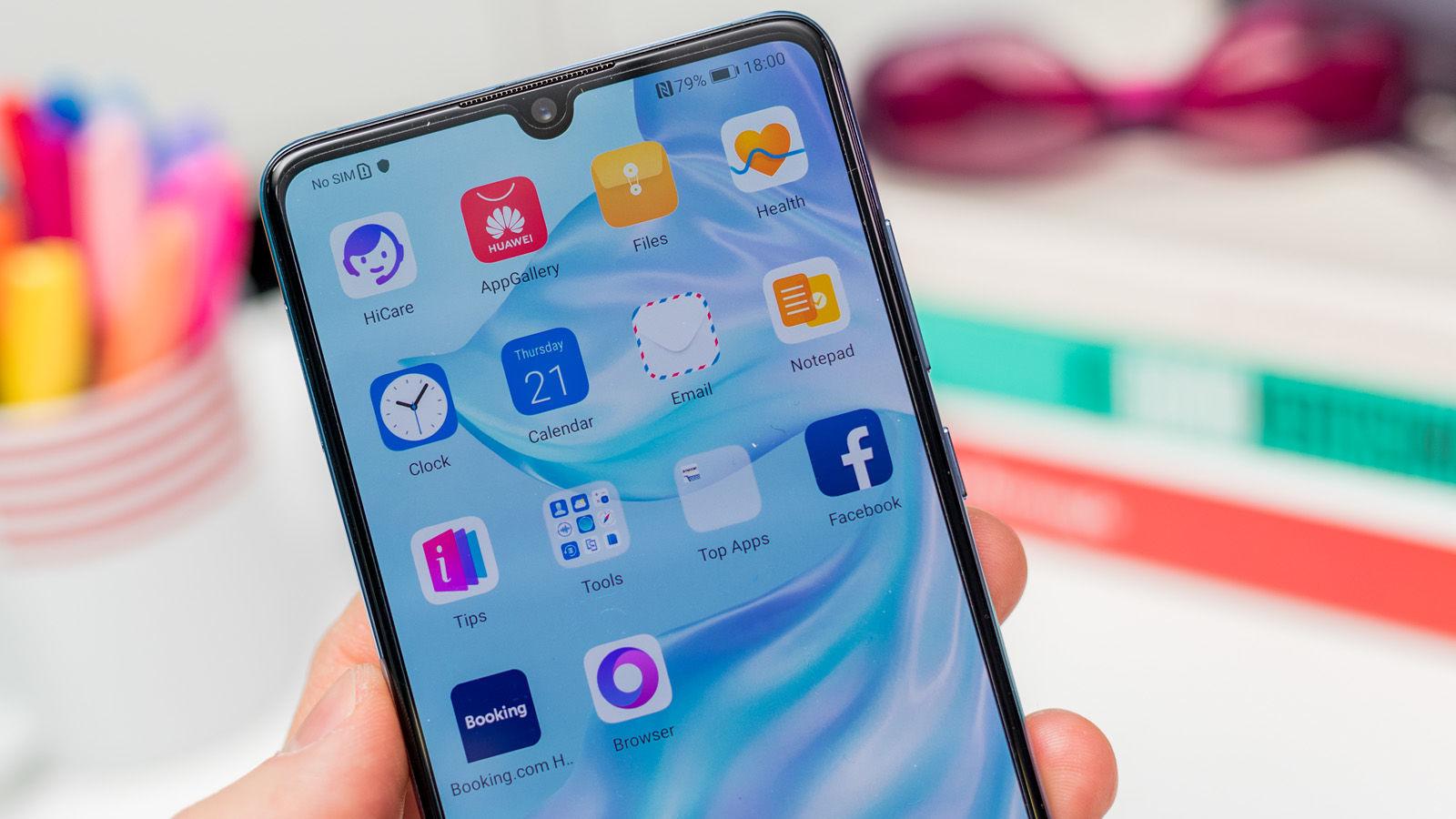 Unsurprisingly the P30 has had a design upgrade too, but it’s definitely more of an evolution than a revolution.

On the front the home button has gone – replaced in part by an in-screen fingerprint sensor – and the notch has shrunk, thanks in part to shifting the speaker grilled up into the very top edge of the device. And it is still a traditional speaker – the P30 doesn’t feature the display vibrating audio tech in the P30 Pro. The bezels are unsurprisingly slim, but you won’t get the curved edges of the Pro model.

Flip the phone around and you’ll see the new triple lens array, with a very noticeable camera bump. This is an impressively slim phone, but the compromise is that the lenses really jut out quite noticeably, and you’re definitely going to want a case on this to keep them safe from scratches – luckily Huawei does include one in the box. See our round up of the  best cases for the P30 and P30 Pro if you’d rather plump for your own though.

You might want that case to be clear at least, as Huawei has once again delivered a range of stunning finishes to the glass back. There are three finishes available in the UK: Midnight Black, Aurora Blue (pictured), and Breathing Crystal. The latter two are the real winners, with striking colour gradients that really do look phenomenal as they catch the light. 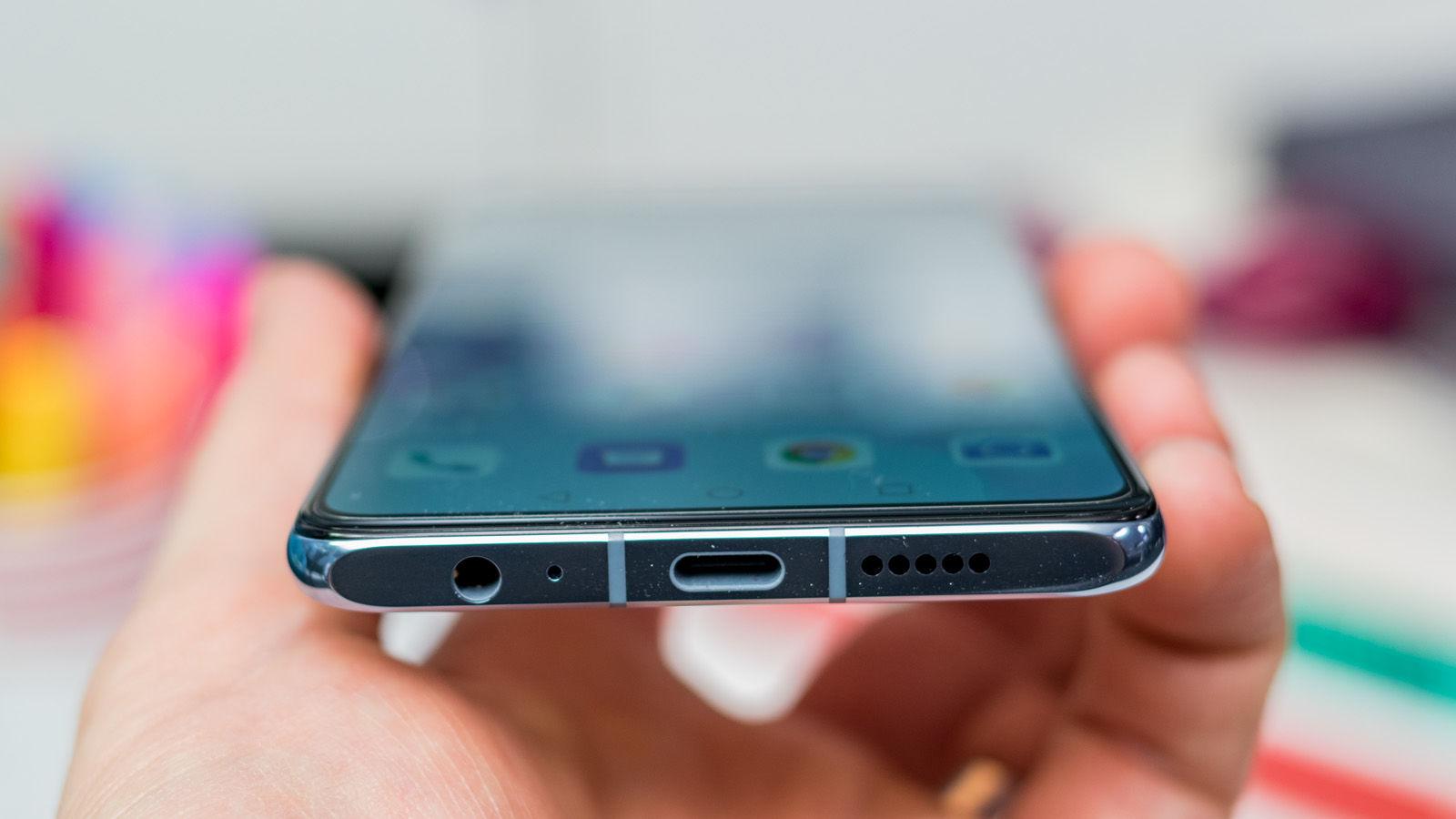 The bottom of the phone includes the second speaker, the USB-C port, and the one feature the P30 boasts that the Pro doesn’t: a 3.5mm headphone jack. This is also where you’ll find the phone’s most interesting design decision: the top and bottom of the phone have been flattened and squared off, a subtle touch that actually looks surprisingly great.

The display itself is a 6.1in OLED (the same size as last year’s P20 Pro) with a resolution of 2340×1080 – the same as the Pro’s larger 6.47in screen. That can’t match the 4K displays you’ll find in Samsung’s latest but it’s still a jump above regular HD, and you’re unlikely to notice the difference most of the time. Colours are slightly muted compared to some rival displays, so you miss a bit of vibrancy – basically, if having the best display on the market matters to you then look elsewhere, but otherwise there’s not much to complain about here. 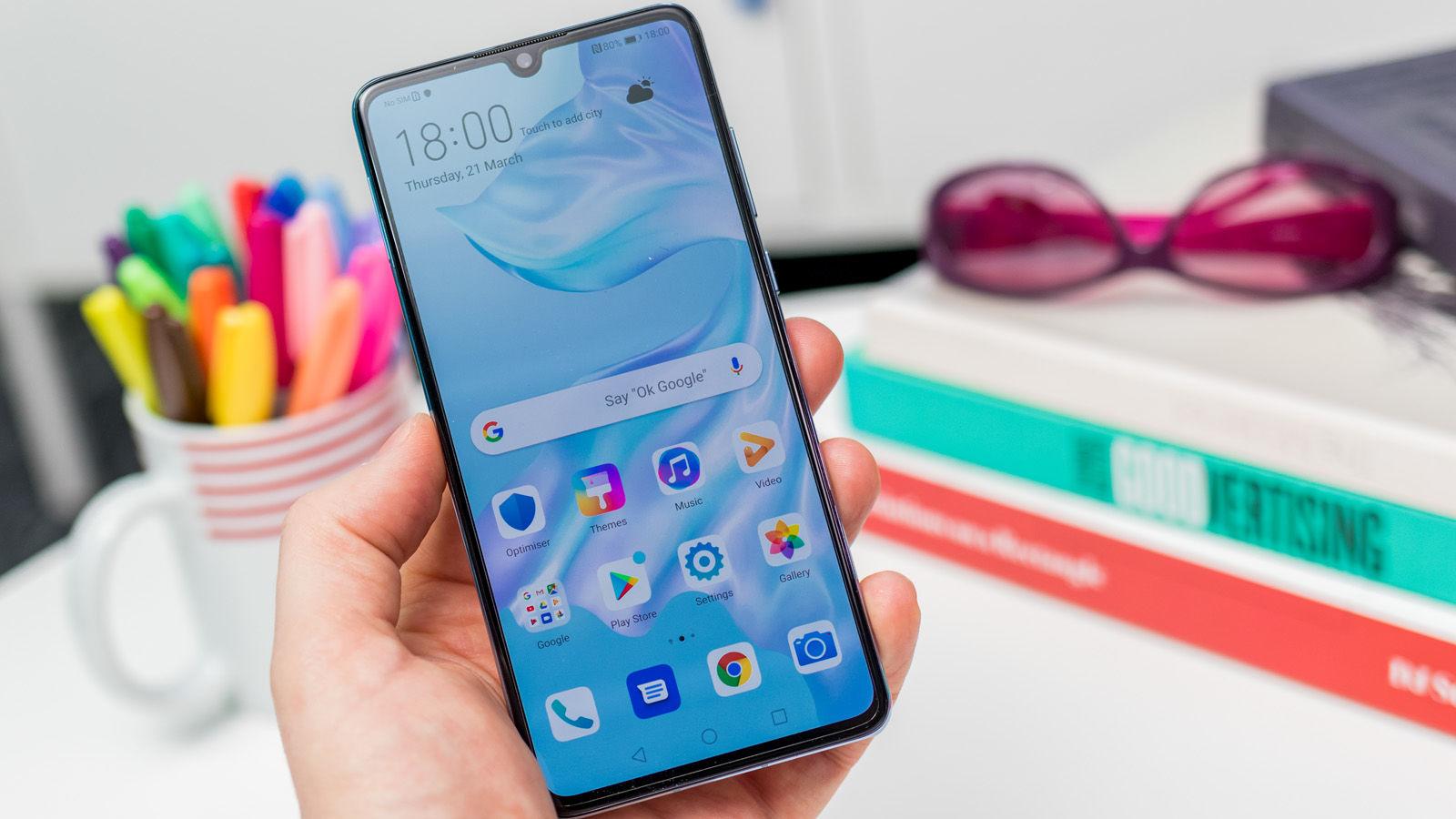 Beyond that, there’s IP53 protection (limited dust protection, and water splashes – but you can’t put it underwater) and a 3560mAh battery, which has comfortably lasted us a day or two per charge so far. Charging is wired only though – no wireless here – but the 22.5W super charging fills the battery pretty fast – we topped the phone up to around 50 percent in just half an hour, charging from zero battery.

Finally, inside the phone you’ll find a Kirin 980 – the same processor as Huawei’s Mate 20. Like that phone, this should be more than fast enough for most needs, especially paired with 6GB RAM and 128GB storage in the standard configuration.

As you can see from our benchmarks, it keeps up with most of the flagship competition – including the P30 Pro, despite that phone’s jump to 8GB RAM. There’s a surprising dip in performance on a couple of our graphics tests that’s shared by both P30 models, which suggests the hardest of hardcore gamers might want to look elsewhere, but the performance here is still totally solid across the board in real-life usage. As with almost any flagship these days, this phone is faster than you’re ever likely to need it to be.

Finally, software. Huawei’s EMUI Android skin has steadily improved over the last few years, but it’s still clunky at times – and looks even more so in the wake of Samsung’s new One UI. Still, there’s a neat always-on display option, and enough flexibility to let you set it up anywhere between something close to stock Android, or even a rough approximation of iOS.

Huawei’s pitch for the P30 is all about the camera, and it’s fair to say that the company has delivered. The Pro model may be one step ahead, but this version is still a match for almost any flagship out there, especially in low light and long-distance shots, where Huawei has really thrown down the gauntlet.

The P30 also looks stunning, with a big display (and small notch), some lovely colourful finishes, and a seriously slim body that’s small enough to be comfortably usable one-handed – though the trade-off is one of the worst camera bumps we’ve ever seen. And there’s even a headphone jack.