As you’d expect, the P30 Pro gets the lion’s share of features, but there’s still a lot to like about the P30 – especially if you can’t live without a headphone jack and prefer a smaller phone. They’re both powerful devices with great cameras that offer wide-angle and telephoto lenses.

Huawei’s latest Android flagship is the P30. So far there are two models in the range (with the P30 Lite just a rumour at this stage) but here we’ll outline the main differences between the pair that you can actually buy.

Note that the P30 was announced before Huawei was put on the US trade blocklist, and therefore will continue to have full access to Google apps, services and security updates.

You can buy both phones from  Carphone Warehouse,  EE,  Vodafone and  Sky Mobile. For the latest deals, including SIM-free prices and release dates, click here.

Those in the US won’t need to buy theirs from a questionable source, or import one as the phones are available from B&H. The P30 costs $599, while the 256GB P30 Pro is surprisingly good value at $899.

The P30 is the successor to the P20, so it isn’t too surprising to see similar differences between these two phones as we did between the P20 Pro and standard P20 in 2018.

However, even the standard P30 now has an OLED screen, whereas the P20 had an LCD screen. At 6.1in it’s slightly smaller than the 6.47in display on the P30 Pro and it’s flat rather than having curved sides. (Also see our round up of the best cases for the P30 and P30 Pro).

These are the features you’ll find in the P30 Pro which are not in the P30:

The P30 has only two features which you might wish were on the P30 Pro and that’s a 3.5mm headphone jack and a traditional earpiece speaker. The Pro’s magnetic levitation speaker vibrates the screen itself, and this works for phone calls. But for music and other audio, only the bottom speaker is used, making the P30 Pro a mono phone, so you’ll only get stereo if you use headphones.

And instead of the 5x telephoto zoom the P30 has a 3x zoom. It lacks the ‘time-of-flight’ camera and flood illuminator combo that aids the P30 Pro when taking portrait photos.

The table below shows at a glance how the main specifications compare:

As you can see, they both have the same Kirin 980 processor and, despite the different screen sizes, resolution is the same on both phones. Performance should be near identical, but you might find the P30 Pro can handle having more browser tabs or apps open at the same time thanks to its extra 2GB of RAM.

We’ve already mentioned two major differences in the camera systems, but it’s worth noting that the lenses are different on all cameras. Here’s how they compare: 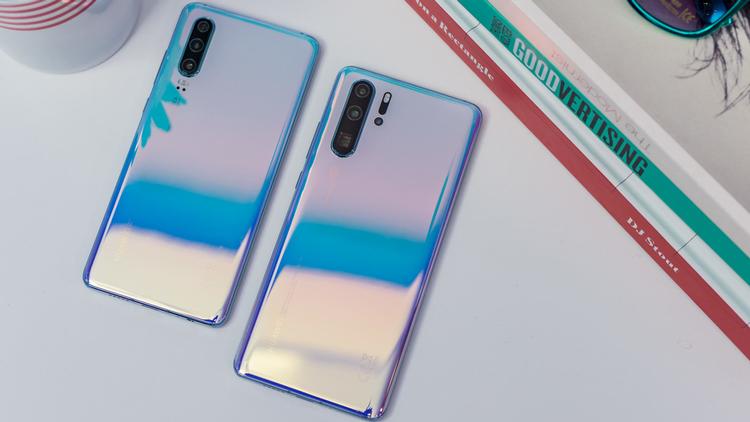 The P30 has a similar setup to the Mate 20 Pro, except that Huawei has opted for a 16Mp sensor instead of 20Mp. Also, the 40Mp sensor has been changed for the new Superspectrum version. This has a RYB array instead of RGB, which means it has yellow receptors instead of blue. Huawei says it means more light can be captured to give a clearer, crisper image.

The Pro, meanwhile, has a larger aperture lens on its main camera, and a smaller aperture on its zoom lens.

Both default to 10Mp for normal photos, using a pixel-binning technique which takes the full 40Mp of information, averages out the colour across four pixels and keeps only one. The image is processed, too, just as on the Mate 20 Pro, so you end up with a 10Mp photo that’s ready to share.

One of the biggest differences between the P30 and P30 Pro is design. The P30 isn’t simply a smaller version. It has a flat screen, and has only slightly curved edges on the back. 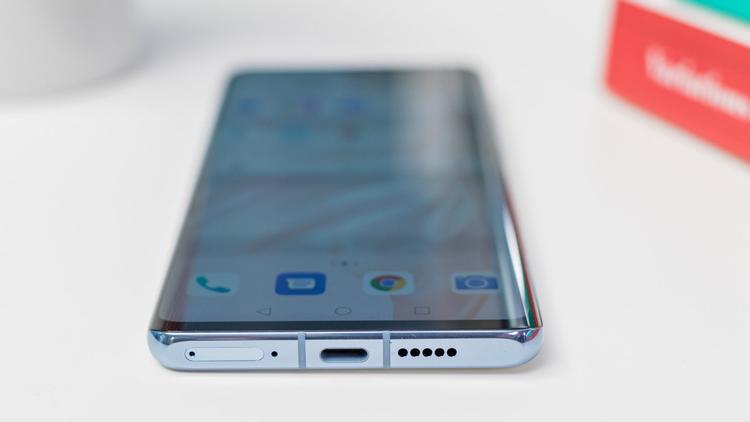 The Pro adopts a similar design to the Mate 20 Pro with curved edges front and rear. The P30 has a factory-applied screen protector but the Pro – possibly because of its curved screen – does not. 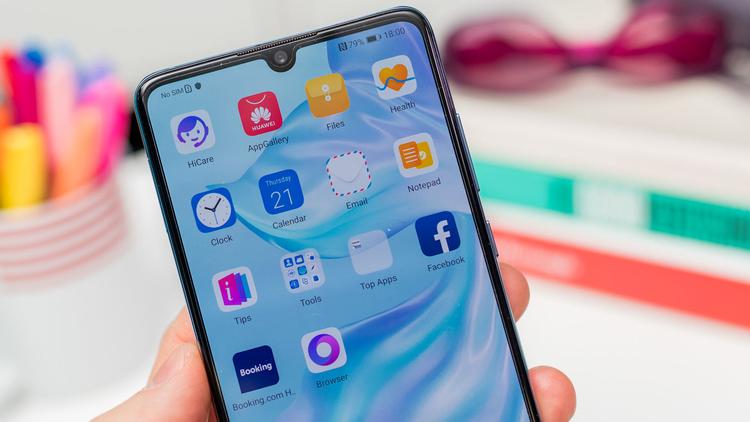 Where there’s a headphone jack on the P30 you’ll find the SIM tray on the Pro. The tray is located in the ‘usual’ position high on the left-hand side on the P30.

Both phones support Huawei’s nano memory cards, which let you expand the internal storage by up to 256GB currently. The 128GB version is better value, though, at under £40 from Amazon.

The P30 Pro is the flagship for those who want all the features regardless of cost. It has the better cameras, wireless charging and can be submerged in water.

The P30 is a slightly smaller model with a 3x zoom rather than 5x and is only splash proof. It’s cheaper, though, and might appeal more if you don’t care about IP68 water-resistance and would prefer a standard headphone jack.