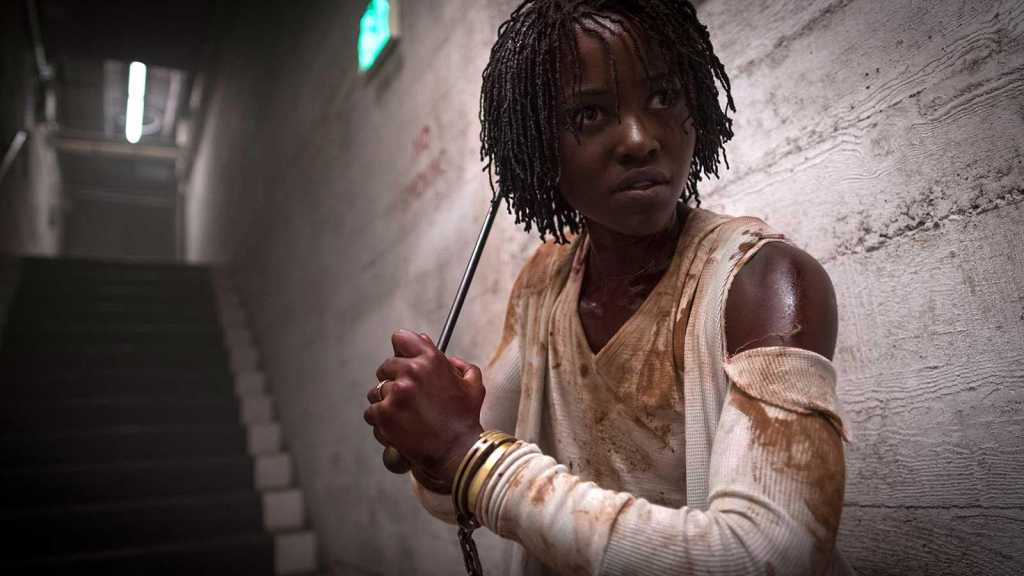 If Get Out established that Jordan Peele is a filmmaker to watch out for, Us cements his position as one of Hollywood’s young best. Some Get Out fans might be disappointed to find Us is less overtly political, but by leaning into horror tropes Peele has developed his style further, delivering one of the most visually and sonically striking horrors in years.

Out from March 22 in most of the world (head to Fandango for US tickets, or Cineworld, Vue, or Odeon for the UK, and find out if the film has a post-credit scene) Us is a very different beast to Get Out, though the lineage is unmistakable. A full-fledged horror, where Get Out skirted genre boundaries, Us shows off even more of Peele’s stylistic flair and eye for the unsettling, while pulling back on the racial tensions that drove Get Out to such success.

Lupita Nyong’o and Winston Duke (reunited after both appearing in Black Panther) are the parents in the central happy family visiting their summer house in Santa Cruz with their two kids – played confidently by Shahadi Wright Joseph and Evan Alex. 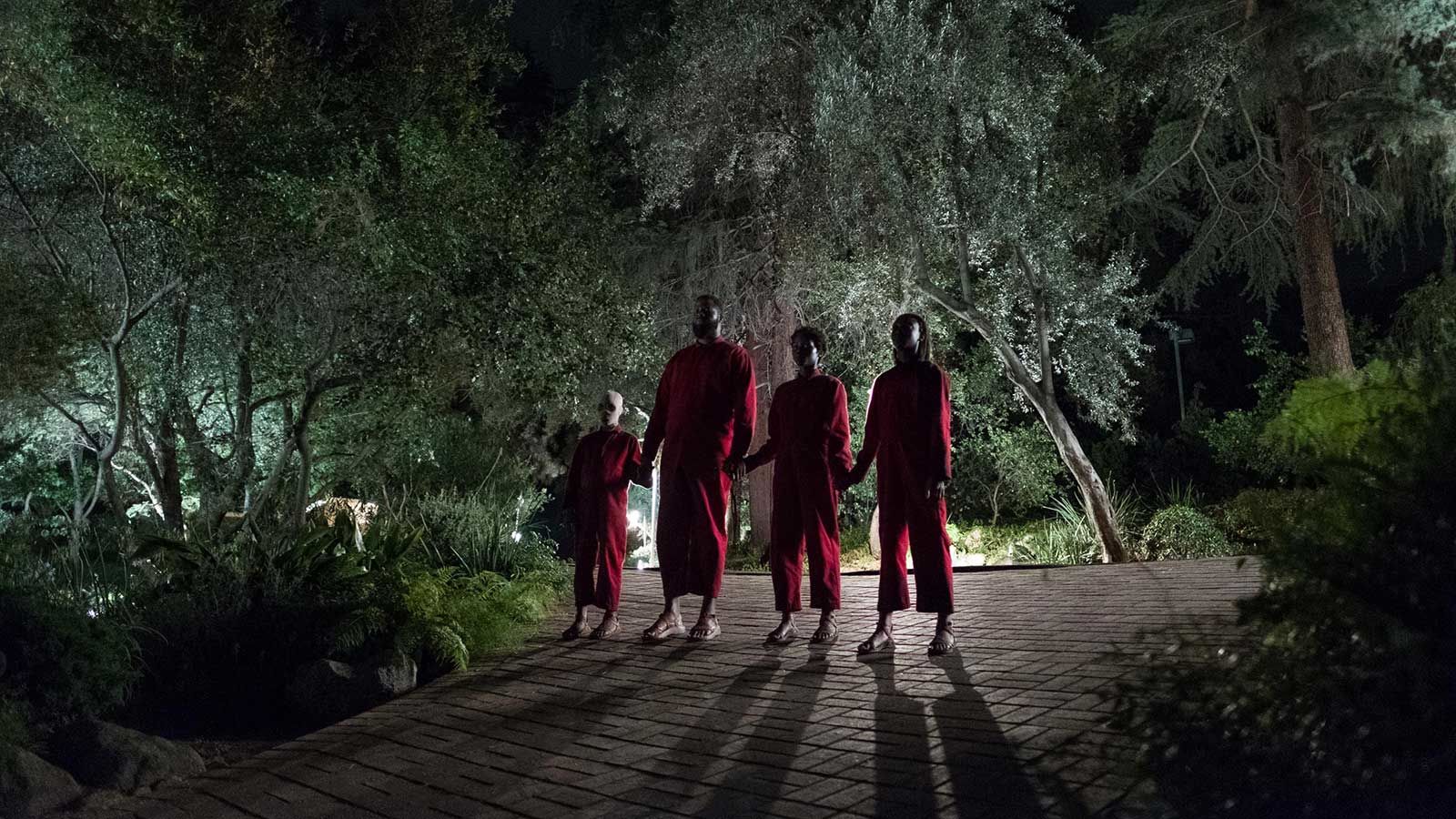 Tensions begin to mount early as Nyong’o’s Adelaide is clearly troubled by the hazy memory’s of childhood trauma on the boardwalk, but it all comes to a head when the Wilsons find themselves face to face with, well, their own faces.

These almost animalistic doppelgangers, dressed uniformly in red boiler suits and clutching unsettlingly shiny scissors, don’t mean well (would you believe it?) and the family quickly find themselves fighting for their lives against their own worse halves.

Fortunately Peele spots every cliche coming a mile off, and his script deftly dodges the worst of them. The film pits each family member in a one-on-one against their other half, but quickly gets that out of the way to move onto more interesting fare, revealing an altogether more ambitious scope to the story.

To be blunt, the plot doesn’t make a lick of sense if you stop to think about it for too long, but then it really doesn’t need to. Peele clearly knows that the best horror often thrives on the irrational, and Us offers as many loose ends as answers as it rampages through an almost operatic third act which is certain to polarise. 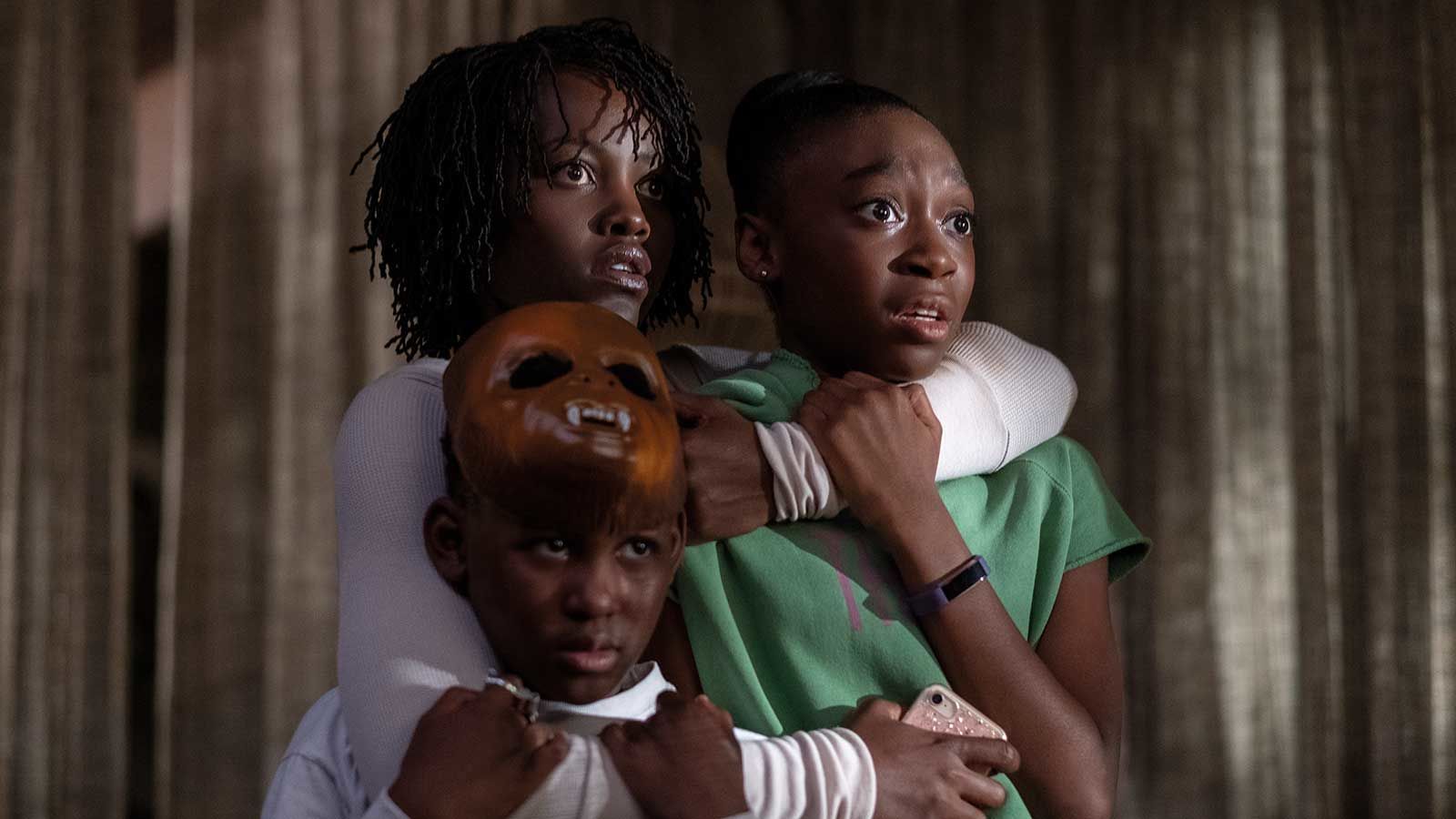 Less polarising will be Nyong’o’s performance: she’s made a star turn out of just about every role for years, but this is nothing short of a tour de force. As Adelaide she delivers a scream queen to rival Ripley or Laurie Strode, all fear and desperation, while as her doppelganger Red she turns out a croaky, juddering monster that could have crawled out of David Lynch’s nightmares.

Adelaide’s characterisation isn’t the only nod to old school horror fare. From the moment the opening credits kick in – soundtracked by oppressive Latin chanting – it’s clear that Peele is drawing on some vintage influences, but they’re all drawn smartly, as when he re-purposes a hall of mirrors for an early sequence that finds fresh fear while it layers on subtext.

Get Out was dominated by its indictment of race relations in the US, but Peele has avoided falling back on the same themes here. While race hangs in the background – an unfortunate byproduct of the rarity of a predominantly black cast in any major Hollywood movie – the film itself all but entirely sets it aside, preferring to question what makes us, well, us, and whether any of us are really that far from our own scissors-and-a-boiler-suit moment.

If Get Out established that Jordan Peele is a filmmaker to watch out for, Us cements his position as one of Hollywood’s young best.

Some Get Out fans might be disappointed to find Us is less overtly political, but by leaning into horror tropes Peele has developed his style further, delivering one of the most visually and sonically striking horrors in years.