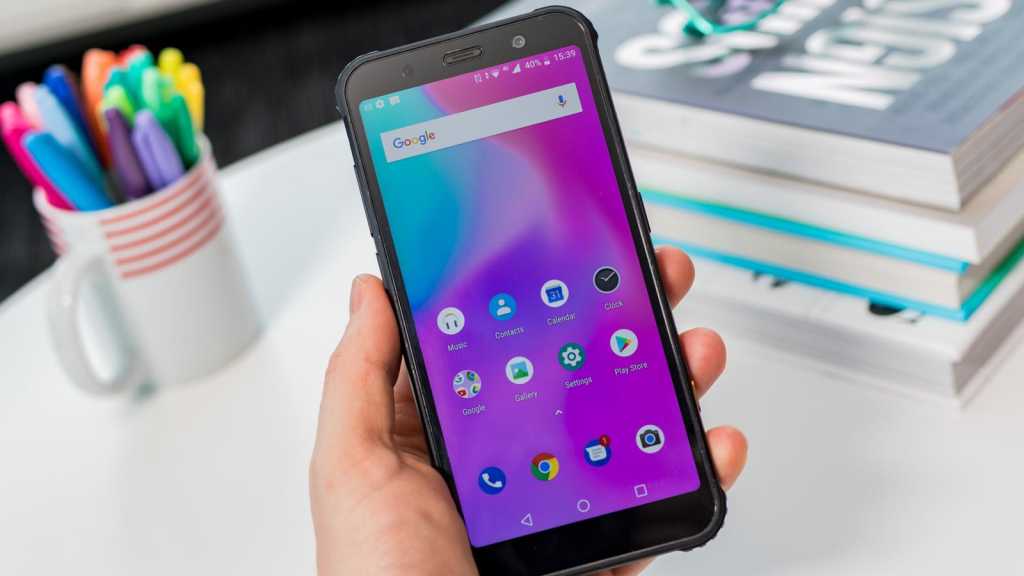 Comfortably the fastest rugged phone we’ve tested, the AGM X3 is also better-looking than most – but a little less tough as a result. It offers a decent middle-ground option for those who need something more durable than the average smartphone, but without entirely sacrificing performance and design. Do keep in mind that you can now find the 2018 flagships with which this phone competes for less money – as rugged phones go, the AGM X3 is still within the realms of affordability but it is not cheap.

None of the phones in our best rugged phones round-up have top-end specs. The logic – we presume – is that if you are so careless with your smartphone to need a tough phone you are unlikely to want to pay top-dollar for something fancy. But we just cannot get behind the idea that manual labourers, extreme sports fans and the general clumsy have no interest in also having top performance. There should be something that ticks all their boxes.

AGM does not force people to choose between durability, performance and design. It falls somewhere in the middle, revealing some durable design choices but toning down the rugged accents, and fitting a 2018 flagship-class processor. That might mean that ultimately it isn’t the best smartphone for either performance or durability, but we appreciate the compromise it offers.

Where to buy AGM X3

The X3 is available in two versions, both sold direct from AGM’s new UK website. We’ve tested the 8GB RAM, 128GB storage option for this review, which costs £599.99, but there is also a 6GB RAM, 64GB storage entry-level model retailing at £559.99.

That’s a lot of money for a rugged phone, but this can be attributed to the phone’s higher specification. And when you compare it to the price of 2018 flagships, it doesn’t seem quite so extravagant.

How tough is the AGM X3?

In common with most rugged phones the X3 meets the necessary criteria for IP68 and MIL-STD-810G certification, which means it is waterproof, dustproof, drop-proof, shockproof and all the other -proofs. However, you’ll notice it omits IP69K, which is the highest standard in the current certification scale, and associated with high-pressure or high-temperature water ingress. Other rugged phones such as the Doogee S90 and Ulefone Armor 6 support this.

When faced with more ordinary water sources, the AGM is comfortable with submersion up to 1.5m. Pleasingly, it achieves this level of waterproofing without those horrible and fiddly rubber port covers typically found on rugged phones. An odd thing, though: there is a rubber port cover in the box.

AGM recommends using this to avoid water left inside the port causing the USB port to become oxidised or to short-circuit when charging. It’s so tiny we don’t think it will be long before it is misplaced, so we recommend ensuring the USB port is thoroughly dry before plugging in a charger. An alternative is to use the wireless charging feature, of course, although you’ll find it faster to charge the X3’s 4,100mAh battery over USB with Quick Charge 3.0 support promising a full charge in just over two hours.

The AGM X3 does not scream tough phone in the same way others do. It has an ‘Armored Madman’ design that has rubberised corners to protect it from drops, but around the edges of the case you can see the tough metal frame rather than masses of plastic packing. The rear cover is also plastic rather than glass, as you see in most flagships, but there’s good reason for this: glass is fragile.

Around the front AGM uses Gorilla Glass 5 to protect the screen, but it’s not infallible (it’s also not the latest version, which is Gorilla Glass 6). We would liked to have seen a slightly raised lip running around the edge of the display to protect it from drops face-down, though we acknowledge that this would have detracted from the sleeker design.

The display itself has reasonably chunky bezels top and bottom, since this is where most cracks begin. At the sides the bezels are reasonably thin, however, and AGM has adopted a tall 18:9 aspect ratio to make it look more modern and enable it to be used more easily in a single hand. It’s still on the large side for that, but the inclusion of dedicated buttons for calling up Google Assistant and launching the camera go some way to help.

A down side of the sleeker design is that it is less grippy than other rugged phones, so more likely to slip out your hands. But on the plus side, this is a rugged phone that weighs only 200g and is just 10.5mm thick, and that’s going to appeal to those who want a durable phone that doesn’t necessarily look like one.

Bizarrely, this is the first rugged phone we’ve ever seen to be compatible with a separate case (coming soon), the idea being that with most rugged phones you don’t need one. This one is a little different, though, in that it’s a ‘floating’ case. It also has been designed to allow audio to pass through unimpeded, with the AGM X3 fitted with JBL-tuned dual-speakers capable of volume up to 98dB. (For personal listening you’ll find a USB-C to 3.5mm headphone adaptor in the box.) Do note that the rear fingerprint sensor is inaccessible when the X3 is inside the case.

Continuing with the idea that this is something between a flagship and a rugged phone, we were impressed by how clear and bright is the X3’s 5.99in Full-HD+ display, and that should help when using the phone outdoors in direct sunlight. It’s a nice screen overall, with strong viewing angles, but more importantly a large usable area. There is no notch in sight, with the 20Mp selfie camera and speaker instead found above the display.

That’s a pretty impressive specification for a selfie camera on a tough phone, and this extends to the 12Mp + 24Mp Sony dual-lens AI camera on the rear. Our test shots were reasonably good overall, but with some over-softening in the centre and visible grain toward the edges.

In low-light the AGM did a reasonable job of lighting the scene, but this same over-softening means the final image looks somewhat smudged. Text is reasonably well defined and the X3 was able to pick out the different shades of black and grey.

Inside the AGM runs a Qualcomm Snapdragon 845 processor with integrated Adreno 630 GPU, paired with either 6- or 8GB of RAM and 64- or 128GB of storage, expandable up to 128GB using microSD. This is last year’s flagship processor of choice, and makes the X3 comfortably the fastest tough phone we’ve ever tested. You should have no complaints with performance.

In our synthetic benchmark tests it blows all other rugged phones out the water, and can even stand up to the likes of Galaxy S9, LG G7 and OnePlus 6T. It recorded 8895 points in the multi-core component of Geekbench 6, and recorded playable framerates in GFXBench. We’ve charted the full results below.

The AGM X3 runs old Android 8.1, but this is a reasonably stock implementation with a few additions such as AGM Tools, which includes a Compass, Loupe, Protractor, Flashlight, Ruler, Gradienter, Plummet and Alignment tool.

Protected from the elements, but without shouting too loudly about its tough credentials, the AGM X3 is a great middle-ground for those who don’t want to go the whole way down the rugged phone route. It’s miles tougher than the average smartphone, and better-looking than most durable phones. 2018-flagship-level performance explains the higher price, but remember that you can now find those 2018 flagships with which it competes for less money.