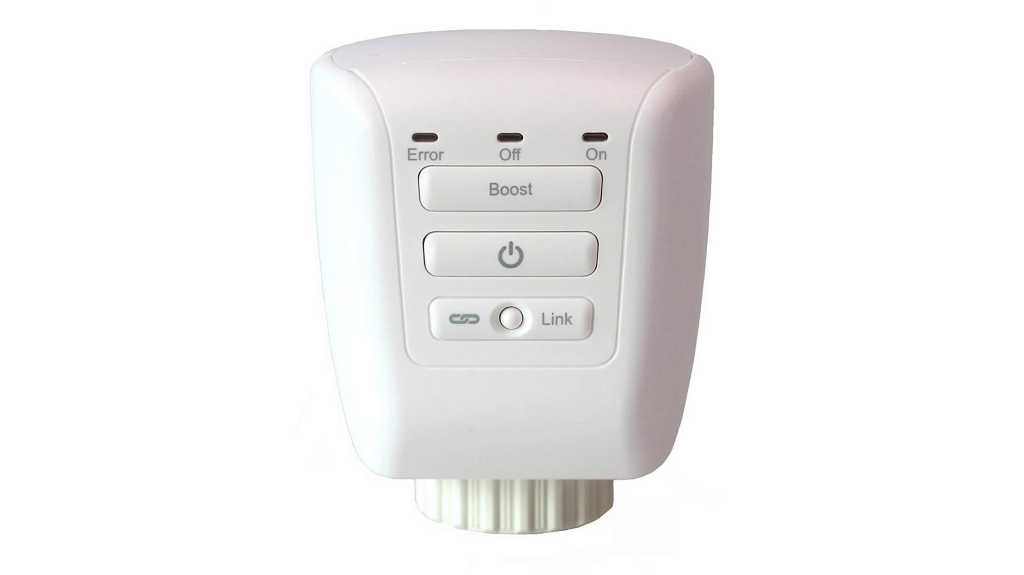 There are enough flaws and fiddly bits that it’s hard to give it an unequivocal recommendation – not least thanks to the cost of fitting out your whole home, or even a few rooms, with the valves. Still, get past the minor annoyances and this absolutely does the job – and if you’re already in the Lightwave ecosystem, it makes sense to stick with it.

Smart thermostats are a great way to control heating across your home, but if you want room-by-room controls you’re better off installing smart radiator valves, like this one from Lightwave.

A smart TRV (that stands for thermostatic radiator valve, FYI) replaces the valve on an individual radiator, letting you turn individual radiators up or down on the fly. That gives you a convenient way to remotely heat up only the rooms you expect to use – all the better for both the environment and your energy bill.

The downside of the Lightwave TRV setup is that it isn’t cheap. A single valve will set you back £54.99 at full price, though you can often save money by buying them in packs of three.

You’ll also need the Lightwave hub in order to control it all. That costs £129.95 from Lightwave – although oddly it’s £144.58 from Amazon right now.

Sadly, Lightwave is currently only available in the UK and select European countries, so if you’re in the US you’ll have to use a different smart heating system.

Like any smart TRV, the Lightwave valve is a replacement for the existing valve on your radiator, which you’ll have to unscrew to remove and replace. Note that the Lightwave valve is pretty bulky – it’s bigger than most other smart TRVs, and almost certainly larger than your default one – so you’ll need to make sure you have space to fit it, and no furniture right in the way.

That physical installation process is easy enough. It’s basically unscrewing one valve and then screwing on another, but things can get a bit more complicated once you hit the smart stuff.

For starters, you’ll need the Lightwave Link Plus hub already set up on your Wi-Fi network, which is easy enough. Then you’ll need to get your TRV switched on (after inserting the AA batteries it runs on) and open the Lightwave app your phone.

After selecting the right product for setup in the app, it’ll guide you through setup, which essentially involves the valve trying to connect to the hub, which in turn connects to your phone. This is where we had issues – every attempt to connect timed out, and Lightwave’s official support documents were woefully inadequate for troubleshooting.

Luckily the company’s support team was more useful, and after 10 minutes and two phone calls we were able to sort it out and get the valve connected, but it’s a disappointment that Lightwave hasn’t released the basic troubleshooting advice that would let customers solve the problem on their own.

The good news is that once we got it up and running, using the Lightwave TRV is pretty straightforward. You can use the free app to manage the temperature of the valve either by setting a target temperature, or by setting the valve to a default position on a scale of 0-5 – much as you would on a standard manual valve.

The app itself takes a little getting used to. The default page shows your ‘favourite’ Lightwave appliances, but that means it won’t show your newly connected kit until you set it as a favourite, which means finding it first through the separate ‘rooms’ tab. It seems unlikely many people will have the 15 or so devices it’d take to fill the ‘favourites’ screen, making me wonder why it doesn’t just show you all your devices instead, but hey-ho.

Odder still, tapping on a device from this screen doesn’t do anything. Instead, for arcane reasons best known to Lightwave’s software designers, you have to long press to open up the controls for that device. In weeks of using the app, I have *never* gotten used to this, and still get it wrong every time.

While I’m ragging on it, the other big annoyance with the Lightwave valve is that it’s a noisy little thing: it rattles and clicks as it closes and opens the valve, which depending on your settings it may do of its own accord. That’s fine most of the time, but might get on your nerves if (like me) you install it in a bedroom, where midnight rattling noises aren’t especially welcome.

Still, despite all these annoyances, the Lightwave valve does work, and it works well, letting you quickly adjust the temperature and schedule temperature changes. It’s also compatible with Google Assistant, Amazon Alexa, and (somewhat unusually) Apple HomeKit, so even if you find the official app a pain you’ll be able to ignore it and just use your smart assistant of choice.

There are enough flaws and fiddly bits to worry about with the Lightwave TRV that it’s hard to give it an unequivocal recommendation – not least thanks to the cost of fitting out your whole home, or even a few rooms, with the valves.

Still, get past the minor annoyances and this absolutely does the job. Plus, if you’re already in the Lightwave ecosystem then it makes sense to stick with it.