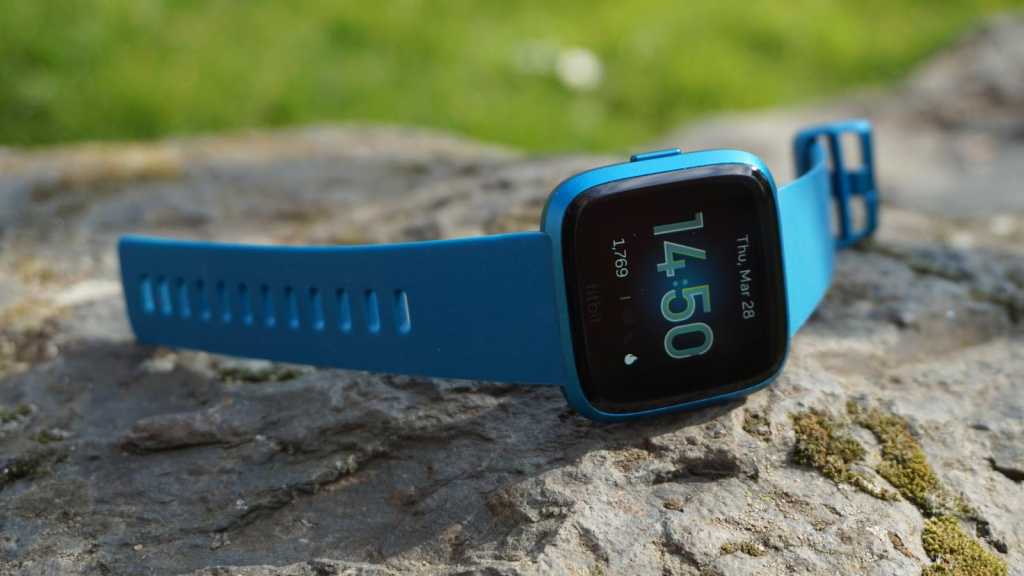 In March, Fitbit launched a raft of new products that grew its ever popular range of fitness trackers and smartwatches. Alongside the Inspire, Inspire HR and kids-focused Ace 2, the Fitbit Versa Lite is the best of the bunch, with most of what made the original Versa so good but at a much lower price.

At first glance it is practically the same design. Look a little closer and you can see the corners Fitbit has cut to reach the new price point and release its most affordable smartwatch yet – even if it’s mostly a fitness tracker that looks like one.

It’s worth pointing out that despite the RRP difference, you may sometimes fine that the regular Versa isn’t much more expensive than the Lite. If you shop around, the Lite becomes a little less of a great deal – check our round-up of Fitbit deals for the latest. Right now, you can find deals on the original Versa but fewer on the newer Versa 2.

The Versa Lite is compatible with all modern iPhones but  click here to check if your Android phone is supported.

The Fitbit Versa Lite measures Steps, Distance, Calories burned, Active Minutes, and Heart Rate as well as automatic Sleep and Activity Tracking. Of course, you get Reminders to Move (telling you to get up and walk around a bit for at least 250 steps per hour) and on-wrist notifications including Caller ID, texts and calendar alerts.

That’s a great range of health and fitness stats, but the Lite Edition does lose the ability to count floors climbed (it lacks the altimeter found in the full Versa), play music and display on-screen workouts in the form of the Fitbit Coach app. Some of these features are ones we loved about the original Versa, so you should consider if these things are important to you.

You’d be hard-pressed, however, to find many design differences between the Versa Lite and the regular Versa models, but there is one – the Lite only has one side button on the left edge, losing the additional two buttons on the right edge.

Fitbit has done this to simplify the design and encourage the use of the 1.34in 300 x 300 LCD touchscreen. We also reckon it’s because the Lite can’t count swim laps unlike the normal Versa on which the buttons were necessary for underwater operation when the touchscreen won’t work. Without the function, the Versa Lite doesn’t need the buttons.

Despite this, it is water and swim-proof up to 50 metres – it just won’t track you when you take a dip. If this is a deal-breaker for you, then splash out (geddit?) on the full Versa.

It’s still incredibly sleek and charming, and we wore our review unit every day for two weeks without once getting annoyed with it. It’s not chunky, the strap is comfortable and the unit itself sits well on our wrist.

Counting the number of floors or elevation you have climbed is a tactic to motivate yourself to take the seven flights of stairs to the office and cast a dismissive look at those queuing for the lift, but it’s probably one fitness metric you can live without – walking up the stairs still adds to your step count, after all.

It means that it doesn’t have the Pandora or Deezer integration, but still has music playback controls, so if you’re playing music or podcasts from your phone you can still use the Versa Lite as a remote control.

There’s no onboard Wi-Fi either, which is usually used for app and software updates. Instead, the Lite Edition syncs downloads via the Fitbit app to drip-feed updates to the watch instead. Different method, same outcome.

Otherwise, the design is based around a unisex squircle watch face that comes in new colours. The lovely marina blue (of our review unit) and mulberry (purple) versions have block colour watches and straps whereas the white and lavender have coloured straps with silver watches.

We are very taken with the marina blue, and the plethora of new strap options fits with the company’s vision of the Lite as a bridge product – it’s a fitness tracker in a design of a smartwatch.

There is a wider and more differentiated range of strap colours now too. If you fancy the blue or purple design, then this might even sway you to the cheaper version, if you can live without the floor count, on-screen workouts, swim-tracking, music and contactless payments.

You also get a small and large strap in the box to suit all wrist sizes.

Despite being cheaper the Versa Lite is an easy-to-use, well-performing fitness tracker. The larger display means you can view more information than on a smaller band like the Fitbit Charge 3 while maintaining a slim form factor with great battery life.

Our review unit regularly lasted at least four days of use before we needed to charge it. This included wearing it all night for sleep tracking. The battery is drained more if you keep the display on all the time – we didn’t, as a raise to wake option works perfectly.

Another drain on the battery is if you go for a run and use GPS. As it’s not built in, the Versa Lite tethers to your phone to achieve the signal. It works flawlessly, though you have to take your phone with you, unlike running watches that have GPS built in.

Find out  how to get longer Fitbit battery life on the Versa Lite and other trackers.

We decree that the Versa Lite is not a smartwatch in the same way an Apple Watch is, but it will do a couple of smartwatch things like push notifications for calls and messages from your phone. We stop short of calling it a smartwatch because the Fitbit app store is anaemic and not worth using, but the features and functions of the core health tracking are so good that it fades into the background as a fitness tracker should.

The fact the app store is not up to much is fine by us, as the interface of the Versa Lite is a tad sluggish at times. The software and interface are similar to the Ionic, a watch with more capable hardware that will run it faster. The Lite is for a more casual user who won’t interact as much with the touchscreen. When you do, you’ll find a few stutters but nothing major.

The Lite also has automatic activity tracking carried over from the Versa and Ionic and it works well. You can start off on a run and if you forget to start the recording manually it’ll vibrate and ask if you’re running with a timer already on the go – you just hit start and it keeps tracking. It’s a great feature.

It’s not just a running watch though with bike, walk, treadmill, weights, interval timer and workout modes all built in to cover a wide range of possible activities.

It even has the same SpO2 sensor found in the other Versa and Ionic which, in future, should be able to monitor blood oxygen levels in a bit of tech futureproofing – so says Fitbit, as it can’t do that yet.

You also get female health tracking, guided breathing routines and access to tons (seriously, so many good, bad and very bad) clock faces.

So, the Versa Lite is a cheaper Fitbit watch that (with a phone) can track your time and route of runs, monitor most of your gym and exercise routines (except in the pool) and looks the same and lasts as long as the more expensive Versas.

You don’t lose too much by opting for the Lite Edition if you are a casual first or second-time fitness tracker buyer who is after something without all the bells and whistles. In our time with it we didn’t miss floors climbed tracking, the ability to loads music onto the watch or the on-screen workout mode.

If that sounds like you then you don’t need to spend extra to get the regular Versa and the Lite will be the one for you.

As Fitbit pointed out to us at the launch, the Versa Lite is a partner to the Fitbit app, and it makes a good point. The Lite is a collector of and gateway to all your fitness data – all seen within the smartphone app.

We have used the app extensively with other Fitbit products as well as for this review and it’s easy to use and configure. Adding friends to compete in a steps league is surprisingly motivating (there’s always one try-hard) and you can view your sleep patterns and run routes.

Fitbit is updating the app later in the year but even in its current state it’s an inviting way into health tracking. We find the sleep stages tracker accurate and interesting in particular but the GPS maps of runs and analysis is great – but not as in-depth as dedicated sports watches.

While we initially were sceptical of the Versa Lite (same design, most of the same features), we’ve had a great time reviewing it and didn’t miss any of the features on the more expensive Versa models. Knocking £50 / $40 off the Versa while shedding some non-essential features makes it a more accessible tracker for those interested – but not obsessed – with fitness tracking.

The new colours and accessories mean this is targeted at a more casual audience but that is the whole point. If you want to seriously track your runs and workouts with the most Fitbit features possible, you have the regular Versa or Ionic to go for instead (or indeed a dedicated sports fitness watch).

For the price, the Versa Lite is a good looking, solid performing entry-level fitness smartwatch – even if really the best thing about it is the fact it’s a fitness tracker first, and not really a smartwatch.