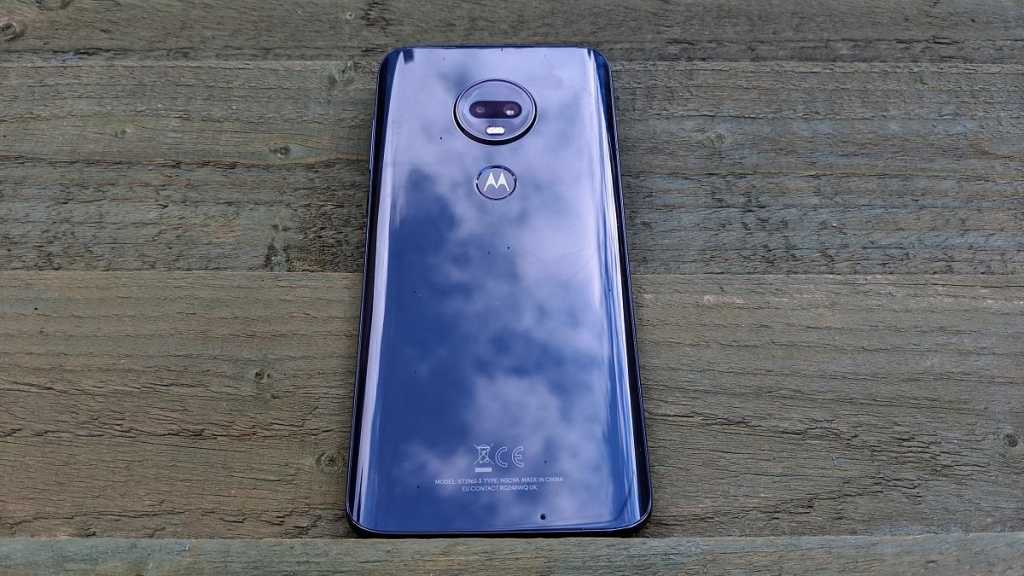 The Moto G7 Plus is a great phone and a solid choice with change to spare from £300. You’re unlikely to be disappointed if you go this way. There’s not much to rival the G7 Plus at this price so a big questions is whether you should get it over the regular G7. We think not unless you’ll appreciate all the little geeky upgrades.

As per usual, Motorola’s G range offers excellent smartphones for those without the bank balance for a full-on flagship. The G7 models are just as impressive compared to previous years and here’s here’s the top-of-the-range G7 Plus.

This year there are no less than four G7 models to choose from so as well as the regular G7 and budget G7 Play, you can opt for the G7 Power. Read our comparison of the  G7 vs Power vs Plus vs Play.

Although it’s the most expensive model, the G7 Plus is only £30 more than the regular Moto G7. At £269, it should be affordable to most people on a tighter budget. You can buy it from retailers like Carphone Warehouse.

There aren’t many amazing phones under the £300 mark but you can check out rivals such as the Honor Play and Xiaomi Mi 8 Lite. See our best ranked mid-range phones.

Oddly, the G7 Plus doesn’t get a release in the US market so you’ll have to opt for another G7 model.

As we’ve come to expect from Motorola, the G phones don’t have the design and build that you might expect for the price tag.

The G7 Plus is no exception and doesn’t feel any less premium than phones almost twice the price. It’s got a glass rear cover and a p2i water repellent coating, so it’s not fully dunkable but will survive things like rain or getting splashed in the kitchen.

Although the phone looks pretty similar at the back, the front of the G7 Plus looks very different compared to its predecessor. The screen is larger with a much higher screen-to-body ratio (around 82 percent) and there’s a small waterdrop notch.

This means the device instantly looks more modern, even if you don’t like notches. This is a very discrete one and you’ll likely get used to it quicker than you think. As usual, the handset is comfortable to hold thanks to the curved 3D glass on the back.

Smaller bezels means that the fingerprint scanner has been moved to the back. It now sits under the camera with the iconic ‘M’ logo on it. The camera has a small bump but smaller than before and it’s central position means this doesn’t matter too much.

Other design features include a USB-C port and a headphone jack. Motorola also, despite the affordable price, provides a clear silicon case in the box.

In our opinion, the G7 Plus has the best colour options in the range even though there’s only two to choose from. There’s the Deep Indigo like the G6 and a new fetching Viva Red.

The G7 Plus, as you might expect, offers the most premium experience when it comes to specs and features. However, quite a few things are the same as the G7. We’re not going to write a comparison here but we’ll highlight key elements.

As 6.2in, the G7 Plus screen is the same size as the G7 so bucks the usual ‘plus’ definition. However, it’s an extra 0.3in compare to last year so if you like big screens then this will suit.

It’s the biggest ever on a Moto G phone to date and moves things to a trendy 19:9 aspect ratio meaning it’s really tall. As mentioned there’s a small notch to house the front camera but it’s pretty minimal in the world of notches (worst theme park ever). The default wallpaper cleverly hides the notch.

The Full HD+ resolution means things are crisp enough at this price point. It’s not OLED but this LCD panel is decent offering good colour and also excellent brightness when you need it at over 400cd/m2.

Like many phones, the G7 Plus has a sort of always on feature. It’s called peek display and show you information and notifications even if the screen is off.

As with the regular G7 you get 4GB of RAM and 64GB of storage, that’s pretty good for a cheap phone but begs the question what do you get with the Plus that isn’t the same at its more affordable brother.

Not that there’s a microSD card slot for adding more storage – up to 512GB.

Well a key difference is a higher-grade processor. The Qualcomm Snapdragon 636 instead of a 632 which includes a better GPU. In general, most users won’t notice much of a difference but if you want to play games then the Adreno 509 will provide a smoother experience with around 50 percent increase in framerates vs the G7.

However, if it’s performance you want then the Xiaomi and Honor both beat the G7 Plus. You can see our benchmark results below with the G6 Plus, G7 and current rivals.

Like the regular G7, the G7 Plus has dual rear cameras although the main sensor is higher resolution at 16Mp and has a slightly better f/1.7 aperture. The main benefit is optical image stabilisation (OIS) which helps keep pictures blur-free but more importantly, video smoother (at up to 4K).

The camera app is nice and easy to use and generally we’re impressed with the results. They’re probably better than you’d expect for a phone under £300 and the G7 Plus has some nifty modes like spot colour which lets you pick a colour to keep while the rest of the image is monochrome – all in real-time.

A second 5Mp camera captures depth information for portrait mode which works pretty well in general. This mode doesn’t work quite as well on the 12Mp front camera, where you can see the sides of my beard blurred out and the background washed out.

If you just want decent enough photos and video to share online then the G7 Plus will provide that. It’s not amazing when you get into the nitty gritty of photography, like low light performance, but we can’t be overly critical at this price.

As we’ve mentioned, the G7 Plus has USB-C and a headphone jack, but it also has a couple of things that the regular G7 doesn’t.

It has Bluetooth 5.0 instead of 4.2 (for better performance and things like the ability to connect two devices at once) and stereo speakers so audio geeks will prefer the Plus.

We’re impressed with the sound the phone is capable of through the speakers with Dolby Audio. It’s better than many phones we’ve tested that are more expensive.

With the same sized battery (3000mAh) as the G7 – another plus model oddity – it’s no surprise that the G7 Plus lasted almost the same amount of time in our Geekbench 4 battery test, despite having a different processor.

It lasted a middle of the road six hours and 54 minutes. It might not be the best results ever but the G7 Plus will last a day of average usage and into a second for some users. If you want the longest battery life possible then check out the G7 Power and it’s gigantic 5000mAh battery.

The G7 Plus beats the G7 Power on charging though, with a slightly mind boggling 27W charger included in the box (vs 18W). This means you can charge the phone to a whopping 79 percent in just half an hour from dead.

That’s one of the best result we’ve ever seen for fast charging.

If you’re not used to Moto phones then it’s good news as far as we’re concerned. The G7 Plus has a near to stock Android 9.0 Pie user interface. We like that Motorola keeps things clean and simple as it makes the phones more accessible and also aids performance.

The Moto app adds value though with features like Moto Display which we mentioned while talking about the screen. There are also Actions for a number of gesture shortcuts like doing a karate style chop to turn on the torch and more.

Last but not least it Moto Voice which can read out incoming calls and texts when you’re doing things like driving or at a user defined place.

This year there’s also optional gesture navigation similar to the Pixel 3. Instead of traditional navigation buttons you get a single pill shaped bar which you can tap and swipe to do various things. It’s different but worth trying out as you might love it.

There’s no doubt in our minds that the Moto G7 Plus is an excellent phone for the price. Once again, Motorola is offering almost unmatched value of money with most rivals costing a fair bit more.

However, the firm is sort of competing with itself with the regular G7 costing less and this year, the Plus model not offering a huge amount more. The typical plus would have a bigger screen and larger battery but that’s not the case here.

For the average smartphone user out there, we think you’re better off with the cheaper option. Only those a little more geeky will appreciate what the Plus brings to the table – namely faster charging, optical stabilisation on the camera, a slightly better processor and then more niche things like stereo speakers.