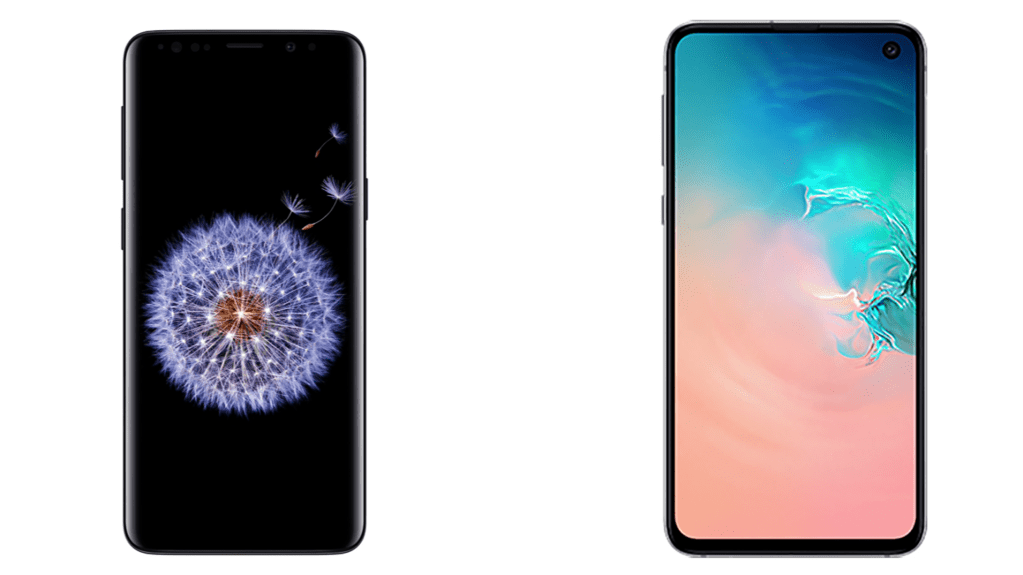 The S10e could be the sleeper hit of this year. It doesn’t have the embedded fingerprint sensor of the S10 and S10 Plus or their triple cameras, but it comes with the same processors, new screen design, ultra-wide camera, and all in a compact and comfortable format with a smaller price-tag. That being said, the S9 is still an excellent device, and its new, lower price makes it a definite bargain.

Samsung has updated its Galaxy S range with three new devices: the S10, S10 Plus and  S10e. While the first two will no doubt dominate headlines and advertising slots, the introduction of a smaller, cheaper model is good news in these days of hideously expensive smartphones.

So, how does the S10e stand up to the now similarly priced flagship of last year? We compare the Galaxy S9 and 10e.

All models have expandable storage, so missing out on the 256GB version in the UK isn’t a big deal.

Up until release day, you can pre-order the S10e directly from Samsung. We also recommend you look at our Best Samsung S10 deals guide.

The release of new flagships has seen the previous occupants drop down the status ladder. The upshot of all this is a reduced price of £549/$619 for the 64GB S9 from Samsung’s online store.

Be sure to check out the  best Samsung Galaxy S9 deals to see the latest offers.

Both phones have the svelte lines that have made Samsung’s Galaxy S range so desirable in recent years. Thin metal frames hold in place the glass front and backs, with 5.8in displays adorning both models.

The S10e features the latest version of a notch, now known as a punch-hole – a single circular aperture occupying the top right corner to allow the camera under the display to function. You can hide this by enabling a black bar in the software settings, and thus introducing a larger top bezel, or leave it off so that everyone knows you’ve got the latest model. You’ll note that the default wallpaper also does a good job of hiding the camera:

Another noticeable difference is the flat display on the S10e, rather than the curved Infinity panel found on the S9. If you never quite got to grips with the sloping sides of earlier Galaxy S models, then the S10e could be a welcome relief.

On the S9 you’ll find the fingerprint sensor on the rear, just below the single camera unit, but this has moved to the power button on the side of the S10e. Twin cameras also features on the newer model, but many other features are the same: waterproofing levels, USB-C ports, headphone jacks, fast wireless charging (although the S10e has the improved 2.0 version), and very similar battery sizes.

Memory and storage also see incremental improvements, with the 2019 release sporting 6GB of RAM and 128GB of space, which beats the 4GB/64GB combination of the S9. Both devices can extend the storage capacity via microSD cards that top out at 400GB on the S9 and 512GB on the S10e.

When is a notch not a notch?

For the latter, Samsung has placed the front camera under the display itself, necessitating a small circular opening in the upper right corner to allow the lens to see. The panel is flat, making it similar in styling to the recent Apple iPhone XR, which is a device that seems to be a direct competitor in this price range.

Samsung has long been the manufacturer of the best displays around and using either of these devices certainly won’t lessen that reputation.

The S9 may only have a single 12Mp main camera with OIS, but due to a clever mechanical switchable aperture this can physically move between f/2.4 and f/1.5 allowing the S9 to adapt to light conditions easily while producing excellent results.

Samsung keeps this on the S10e but adds a 16Mp ultra-wide lens that the company says has the same field of view (123 degrees) as the human eye. This makes landscapes truly breath-taking and allows a new, taller panorama modes that captures even more of the scenery. If you want a telephoto camera as well, you’ll have to pony up for the S10, which has three cameras.

Upgrades to the selfie camera sees the S10e bolstered by a dual-pixel 10Mp, f/1.9 unit, superseding the 8Mp optics found on the S9.

Here’s a detailed breakdown of the technical specifications for both devices;

Android Pie 9 is now standard on the S9 and S10e, thanks to the former receiving updates recently. The S10e also has the new One UI interface, which is a sleek and understated version of Android that continues the good work Samsung has been doing in terms of simplifying and refining its offerings.

S9 owners should also be able to update to the One UI platform, with rollouts already underway, but the stock Samsung Experience interface installed on the device is still an easy to use and well thought out improvement over past versions of TouchWiz.