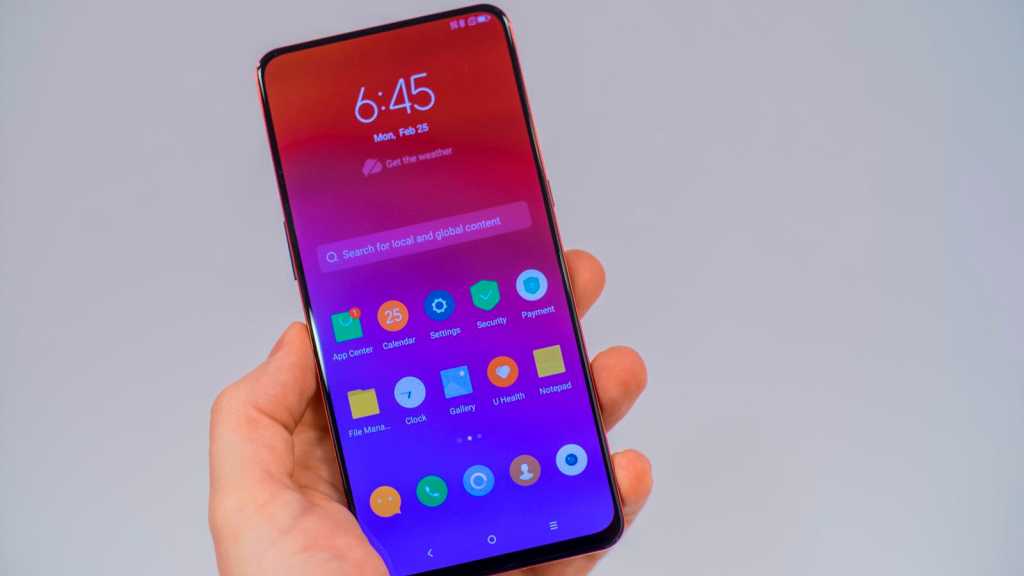 We were fans of the original Z5 Pro, which offered a solid slider experience on a budget, and we’re actually impressed by how much the Z5 Pro GT seems to offer while staying fairly affordable. This is a pretty wallet-friendly way to get a Snapdragon 855 phone, and even if you kit it out with 12GB RAM it’s still comfortably cheaper than Samsung’s maxxed out S10 Plus. Sliders aren’t for everyone, but if you’re a fan then this looks like a solid bet, as long as you don’t mind the hassles of importing.

When the first wave of slider phones released, the Lenovo Z5 Pro was the most affordable of the lot, undercutting rivals from Xiaomi and Honor – but only by skimping on the specs. By contrast, the Z5 Pro GT is amped up to the max, with specs to rival the Galaxy S10 Plus.

That makes it arguably the top specced slider phone in the world – at least in 4G – though as a Chinese exclusive there are a few downsides too. We caught up with Lenovo at MWC 2019 and spent a bit of time testing the phone out, so here are our early impressions.

It’s also worth remembering that as with any grey market import there’s a risk that you’ll end up paying more thanks to customs charges.

The prices are pretty reasonably considering the specs on offer, undercutting the Honor Magic 2 and making it a fairly reasonable competitor to the Xiaomi Mi Mix 3.

Sliding into your DMs

The first thing you need to know about the Z5 Pro GT is that it’s one of a few phones that hides its selfie cameras behind a slider, to save you from needing bezels, a notch, or a punchhole, meaning you genuinely get a full-screen display, with only a slim chin on the bottom.

The sliding mechanism is manual, making it ideal for fidgeters or anyone with restless hands, and if you want you can also set the slider to automatically open the camera app, which is a really handy shortcut. There is one oddity though: the speaker is behind the slider, with no hole on the front of the phone at all, so it looks like you’ll have to slide the phone down to take calls, which might be a bit of an annoyance.

Arguably more importantly, the slider lets you make the most of the lush 6.39in Super AMOLED screen. It’s yet another 19.5:9 display, and with a pixel density of 403ppi and good colour reproduction it looks like it’s a screen worth making the most of.

The rest of the phone is fairly premium too, though with some caveats. At 9.3mm thick and 210g it’s a bit of chunky boy, though that’s mostly par for the course with sliders. There’s a glass back, underlaid with a black carbon fibre finish, with a similar lined look to the inside of the sliding section.

It looks polished, if a little business-like, but there’s a little extra flair from the red accents that run round the edges of the body and circle around each of the two rear camera lenses. It’s not the best looking slider phone around – Honor still has that prize – but if you want something that’s fairly subtle without being totally dull, the Z5 Pro GT might fit the bill.

Beyond the slider, the internal specs are arguably the most exciting part of the phone, and it’s clearly an attempt to appeal to power users.

The Z5 Pro GT was actually the first phone announced to use the Qualcomm Snapdragon 855 processor – the company’s fastest chip currently – and as we’ve already mentioned you can back it up with up to 12GB RAM and 512GB storage. That should be absolutely ridiculously fast, rivalling even the top specced Galaxy S10 Plus for performance.

There’s 18W fast charging – though no wireless, despite the glass back – for a 3350mAh battery, which should last a day or two in theory. There’s also infrared face unlock and an in-display fingerprint scanner, so you’re getting the latest in biometrics.

Those slidey selfie cameras are 16Mp and 8Mp, so they should actually be able to shoot pretty solid selfies, with portrait mode included. On the back you get a 24Mp lens backed up by 16Mp. We didn’t get the chance to test the cameras properly, but on paper you should be getting a decent experience here, though we doubt this will be bothering the best phone cameras.

Finally, on the software side this is shipping with Android 8.1 Oreo and Lenovo’s own ZUI, which has an attractively minimal aesthetic – lots of clean, flat lines and fairly minimal fuss. We’ve had a few problems getting the Chinese software to play nicely in English with previous Lenovo devices though, which is worth bearing in mind if you’re considering an import.

We were fans of the original Z5 Pro, which offered a solid slider experience on a budget, and we’re actually impressed by how much the Z5 Pro GT seems to offer while staying fairly affordable.

This is a pretty wallet-friendly way to get a Snapdragon 855 phone, and even if you kit it out with 12GB RAM it’s still comfortably cheaper than Samsung’s maxxed out S10 Plus. Sliders aren’t for everyone, but if you’re a fan then this looks like a solid bet, as long as you don’t mind the hassles of importing.