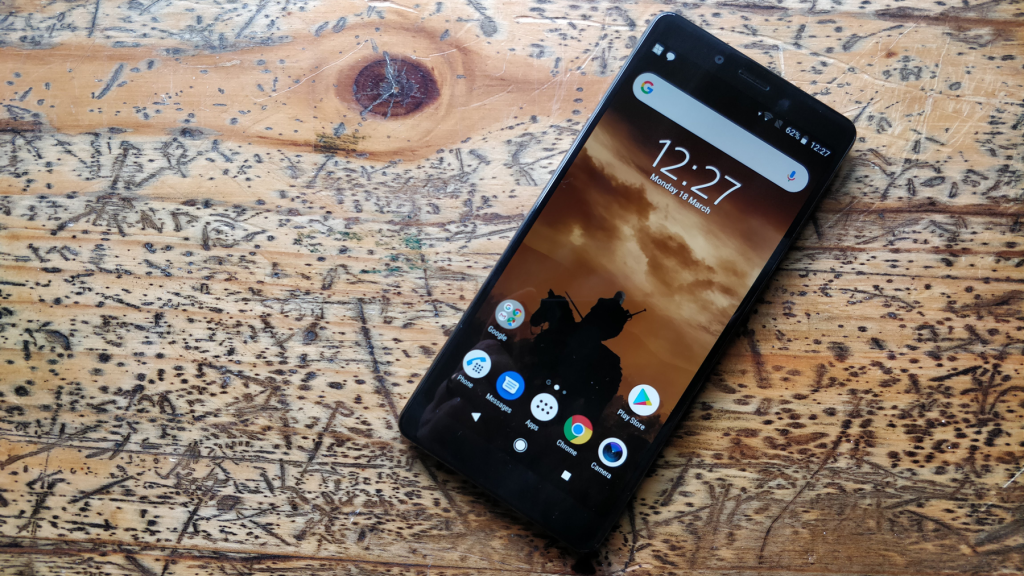 Sony delivers a smart-looking, comfortable-to-use device that doesn’t come with the huge price tag of its stablemates. There are compromises of course, with the ill-judged plastic back, average camera performance, and older processor, but at this price it’s definitely one to try out if you’re looking for a budget phone.

Sony recently updated its Xperia range with the flagship Xperia 1, Xperia 10, and Xperia 10 Plus models. Another new entry in that family is the budget friendly Xperia L3, but is the lower cost enough to take on the competition in a fierce sub-£200/$200 market? We put the Sony through its paces in our full review to find out.

You can buy the Xperia L3 now directly from Sony for the modest sum of £169 in the UK, but as of yet there is no listing for the device in the USA. This may change, as the pervious L1 and L2 models are currently shown on the Sony US site.

The device is also available on various plans from Carphone Warehouse, EE, Vodafone, O2, as well as unlocked from Amazon.

The UK price point brings the Xperia L3 directly into the sights of the Moto G7 Play which is available for £149 and the new Xiaomi Mi A2 Lite that costs £179. If you have a little more to spend, you could go for the Honor 10 Lite at £199.

Alternatively, you could opt for the Xperia L2, which is now available from Sony for £149 or on Amazon USA for $179.99, but that’s not much of saving for the previous generation so spend the extra if you can.

To see the other pick of the sub-£200 crop, read our Best budget smartphones roundup. 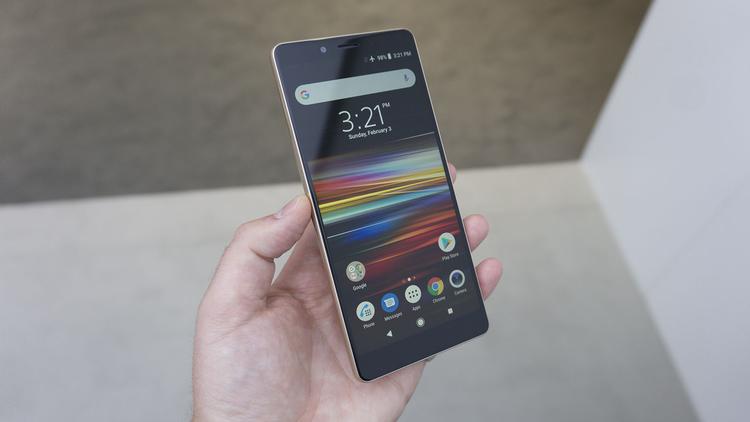 This time around, Sony has ditched the blockish design that featured on the previous Xperia L2, opting instead for a sleeker, more modern approach that’s immediately pleasing to the eye.

With a device that costs less than your average Chromebook, it’s not reasonable to expect stainless steel chassis and glass backs, which is good because you don’t get them. Instead the Xperia L3 is a slim, light, good looking device that features a 5.7in front panel protected by Corning Gorilla Glass 5, the same you’ll find on the Samsung Galaxy S10 and OnePlus 6.

This is held in place by the metal frame that accommodates a standard collection of control buttons, SIM tray that also includes a microSD slot, headphone jack, plus the side mounted fingerprint sensor. The latter works consistently well, but the placing on the right flank does make it awkward for left handed people or on the occasion when you pick it up with that hand. 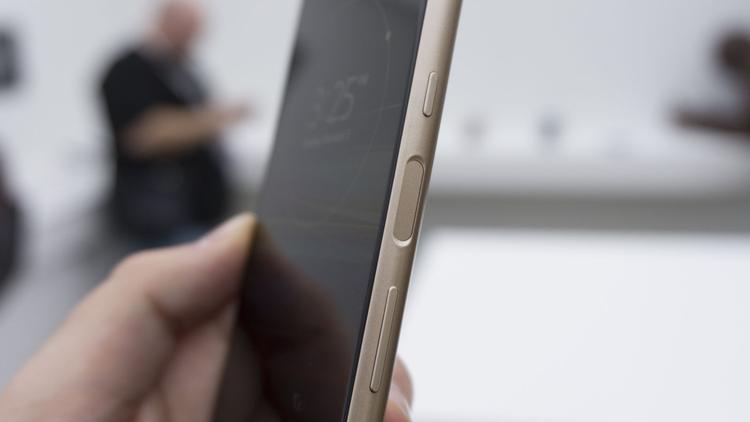 Turning the device over reveals twin cameras in a vertical housing, not dissimilar to the iPhone XS, and a rather hollow sounding plastic back. Now we’re not snobbish about using this kind of material in lower-cost phones; it’s durable, less likely to smash when dropped, keeps the weight down, and can actually look good when done well.

While the aesthetic of the Xperia L3’s back is fine, tapping the centre of the plate does cause a slight inwards movement. This definitely makes the device feel a bit cheap, but as it follows the current design requirements of being as slippery in the hand as a well-oiled bar of soap, we would heavily recommend putting it in a case, which then solves the problem of the grip and the bowing plastic.

In the hand the Xperia L3 is comfortable, despite the large screen size, mainly due to the narrow frame and tall display. This will be welcome news to those with smaller grips who struggle with the increasingly wide devices on the market today. That being said, it’s still marginally wider and thicker than the Moto G7 Play and Xiaomi Mi A2 Lite, both of whom have equal or larger sized displays. 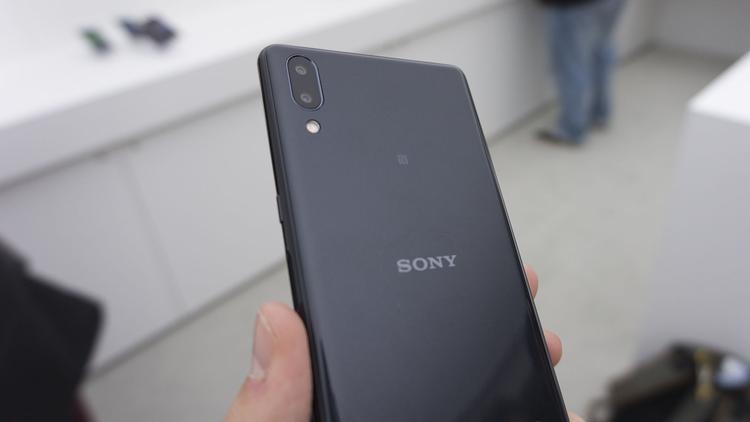 To round off the construction there is a speaker on the bottom edge paired with the phone earpiece on the front, both of which produce useable if somewhat thin audio. Finally, there’s a USB-C charging port to power up the 3300mAh battery, the latter of which supports fast charging.

Providing all of the brain power for the L3 is a MediaTek MT6762, often called a Helio P22, which is a low to mid-range processor equitable to the Qualcomm Snapdragon 450. This is a perfectly serviceable chip, close but not quite on the same level as the Snapdragon 600 series offerings in the G7 Play and Mi A2 Lite.

The MediaTek is aided in its labours by 3GB of RAM and 32GB of on-board storage that can be expanded by up to 512GB through the use of a microSD card. This compliment puts it squarely between the 2GB on the Moto and 4GB on the Xiaomi, with the latter doubling the amount of available storage although limiting the microSD capacity to 256GB.

Gaming on the L3 is fun for less graphically demanding titles like Data Wing and Alto’s Odyssey, with things smooth and reliable for the most part. Even PUBG played well, with no unsightly graphical hiccups or slowdowns to interrupt the carnage. The small top and bottom bezels actually helped in this department, as it gave a perfect place to hold the phone without interfering with the action.

Battery life is good, with our Geekbench 4 test clocking 11hrs and 6mins to go from 100 percent to zero, and with the included charger we were back up to 25 percent after 30 minutes. A mixed bag there as the time is very good, but it’s not the fastest charging around.

Sadly, we couldn’t get Geekbench 4’s CPU or Compute tests to work on the L3, although we suspect this was more an issue with the app itself than the handset. GFXBench and Jetstream were available though, and you can see how the Xperia L3 compares to its closest rivals below.

The L3 bears a 5.7in LCD HD+ display running at a resolution of 1440×720 and an aspect ratio of 18:9. It’s a fairly decent panel, if somewhat on the cool side colour-wise. Brightness and contrast are good enough but nothing to write home about.

Things are simple here so there’s no notch, curved edges or the like. You’ll use on-screen buttons despite there being a fair chin below the display.

The main change here from the L2 is that the aspect ratio is the modern tall variety. What we have to point out is that the 720p resolution just isn’t acceptable for a budget phone any longer. The Moto G7 Plus is Full HD+ and is cheaper. 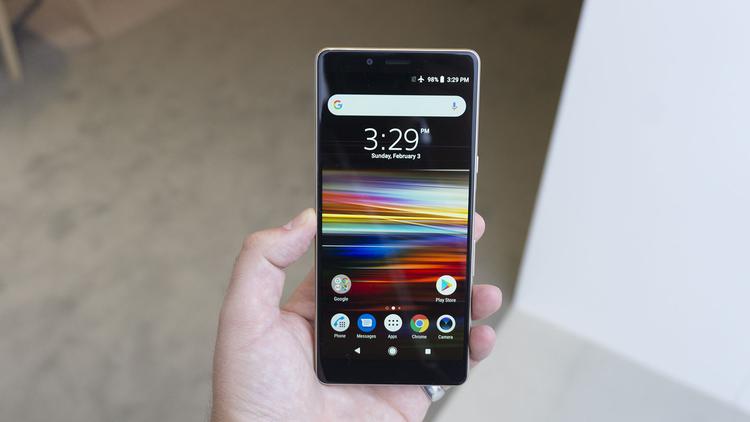 Twin main cameras take on the heavy lifting, with a 13Mp f/2.2 lens accompanied by a 2Mp f/2.4. This combination allows for the creation of portrait Bokeh effects, with the 2Mp lens there for depth sensing rather than as a camera in its own right. 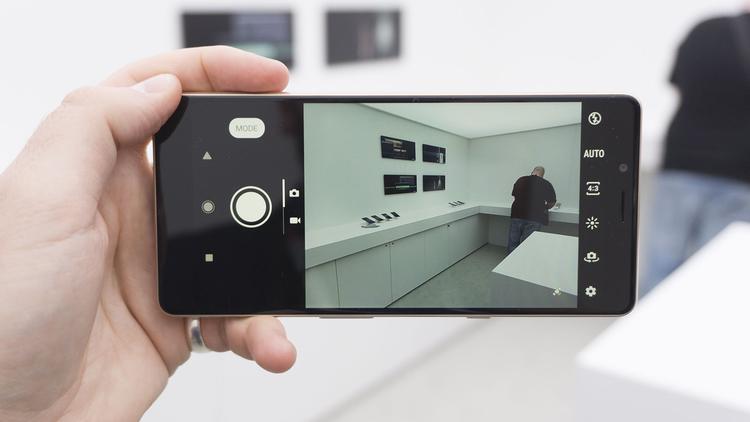 The results the L3 produces are fine but not great. To be fair to the unit, the days when we were shooting outside had far from ideal lighting, but in these average-day conditions the images captured seemed a little flat colour-wise, sometimes also suffering from soft focussing. 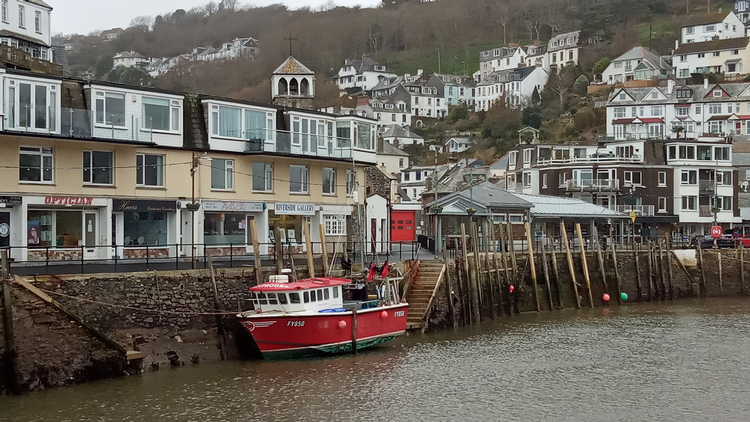 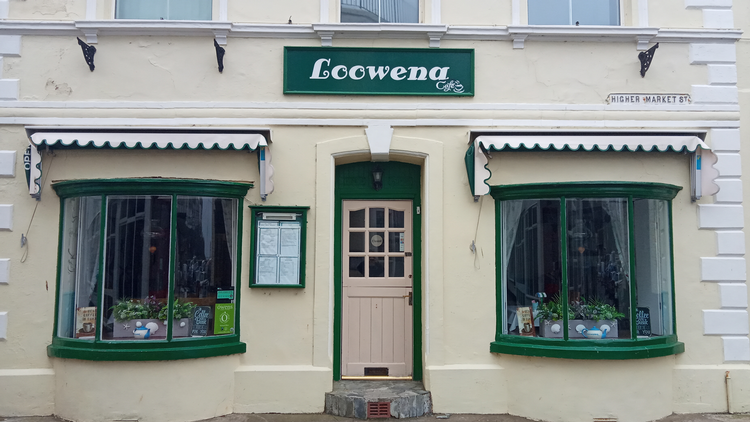 Low-light was also a bit hit and miss. Moody scenes such as a candle burning next to an old clock were adequate but didn’t capture the depth of light and shadow that we’ve found from more expensive devices. 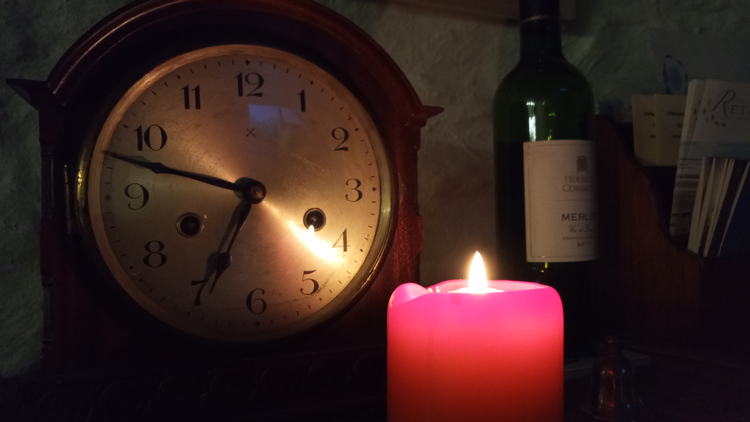 Bokeh effects, where the background is blurred, could create decent portrait, but the effect was hard to get right, with either too much blur or not enough applied by the software. 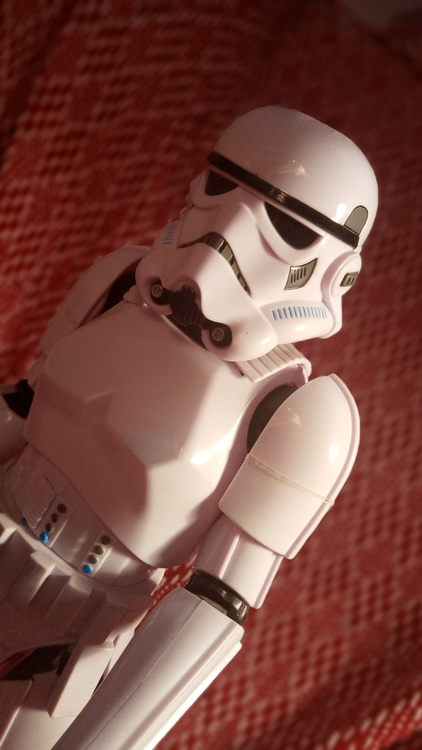 A single 8Mp f/2.0 selfie shooter adorns the front, and does a decent job of capturing your gorgeous features for the world to admire on social media.

The Selfie Portrait mode that adds a bokeh effect had some issue, with our subject’s long hair being treated as the background, thus blurring it in a decidedly unflattering manner. The Sony isn’t alone in this though, as even devices three or four times the price can still struggle with this technique. 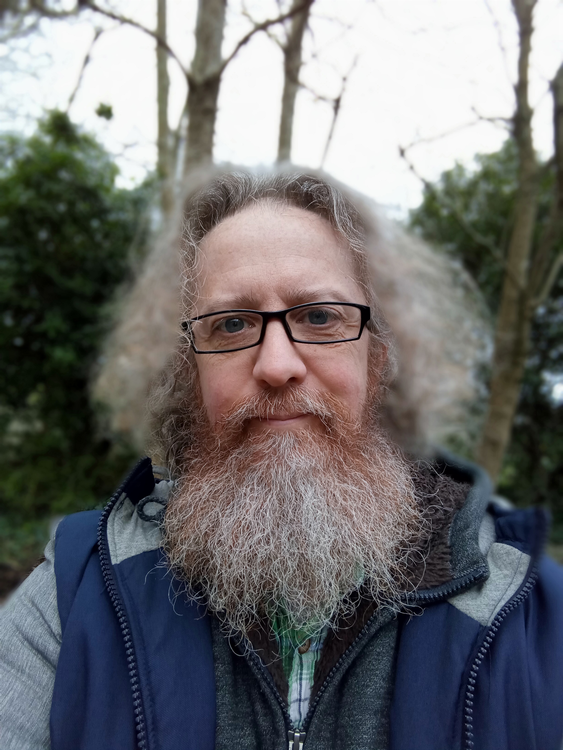 The cameras are acceptable for snapshots and videos (up to 1080p) for social media, but if you want to get creative then you may hit a wall pretty quickly.

Sony has opted to include Android 8.1 with the L3, putting it a little behind the curve, but this is made up for in part by the mainly stock Android interface. Sony just applies a few light touches here are there, but it’s much more subtle than many other manufacturers. The result is a simple, uncluttered layout that some might think as basic, but we say it does a good job of getting out of the way and letting the user operate the phone without complication.

There are a few bespoke touches, with Sony using its own, pretty bare, camera app, doubling up a few apps such as Contacts and Files, and the inclusion of the Xperia Lounge where you can create a free account that lets you enter various competitions to win hardware, music, and other Sony related items.  Overall the bloat is low, and the L3 is a nice device to use.

It’s worth bearing in mind that the Moto G7 Play also comes with a pretty much stock experience, but that includes Android 9 (Pie) as its starting point. How quickly Sony will update the L3 line remains unknown, but if you’re not too bothered about all the latest features, then the software on the L3 is solid, fast, and spared the molestations that affect other devices.

Sony’s L range of Xperia devices offers a slice of the premium X models, but at a much lower cost. Of course, with this comes a fair amount of compromise. Although the styling is good, and the device has a nice feel in the hands, the bendy plastic back spoils the appearance somewhat.

This isn’t helped by the MediaTek processor, which feels a little too far back for a 2019 model, even at this price, and while the cameras can take some good shots, they never quite shake off the budget feel.

All of this would be fine, bearing in mind the cost, but with the likes of the Xiaomi Mi A2 Lite around, which features better cameras, double the amount of internal storage, more RAM, superior processor, and all for only £10 more, plus the Moto G7 Play which is £10 cheaper, the L3 doesn’t do quite enough to shine in this part of the market.