The OnePlus 6T is unquestionably the better-value choice here, so if you’re looking for a good deal on a high-performance smartphone then it is certainly a very solid option. The S10 sets the benchmark for other flagship phones in 2019, so if you want the latest and greatest this is where you will find it (just be prepared to open wide your wallet).

Samsung announced the Samsung Galaxy S10 at its Unpacked event just before MWC and we were very impressed  when we got our hands on it. We’ve compared it to one of last year’s top smartphones, the OnePlus 6T. Announced on 6 November 2018, we are so fond of the  OnePlus 6T that it continues to ride high in our best smartphones chart.

But which one should you buy in 2019? We compared these two flagship phones on price, design and specs.

You can now  buy the Galaxy S10 but make sure you’re getting the best deal on Galaxy S10 by checking our deals article first.

The OnePlus 6T retails for £499 for the entry-level version, with the more expensive versions approaching the £600 mark. Take a look at our OnePlus 6T deals article to make sure you’re getting the best price.

The price difference here is clearly quite substantial. OnePlus has always excelled at providing excellent performance at lower prices, while Samsung has always held the top spot for Android smartphones and with good reason. Lets jump into the differences between the two devices to see whether the price gap is justified.

The S10’s design has evolved  when compared to the Galaxy S9, although the familiar Galaxy design language remains evident throughout the device’s overall look and feel.

It has a smaller screen than the OnePlus 6T (6.1in against 6.4in), so is naturally a more compact device at 70.4x150x7.8mm and 157g. Also helping here, though, is the very high screen-to-body ratio of 93.1 percent, achieved by slimming down the bezels and using a punch-hole rather than a notch to house the selfie camera at the top corner of the display.

Nice extra features include IP68 waterproofing (the OnePlus 6T is merely splashproof) and the fact this is one of the few flagship phones to retain its headphone jack (OnePlus 6T does not have such a feature). 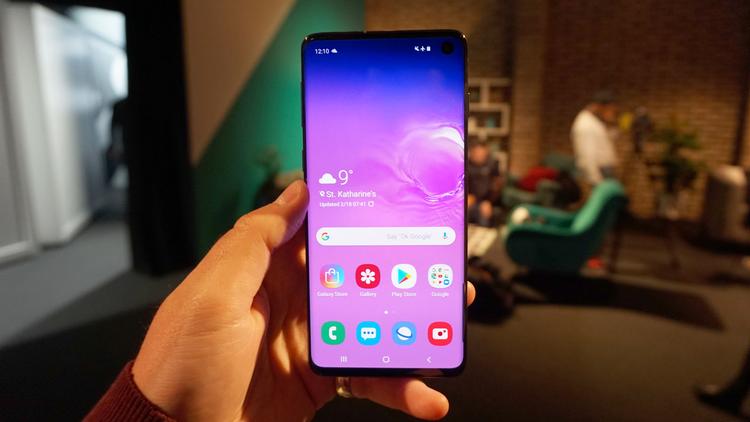 The Infinity-O Dynamic AMOLED display is truly stunning. By default it uses a similar Full-HD+ resolution as the OnePlus 6T, though this phone has the ability to bump right up to Quad-HD+.

Galaxy S10 looks as though it’s all screen, with only the smallest of bezels flanking the display. The rear is also encased in glass, which has enabled Samsung to offer fast wireless charging.

OnePlus 6T uses a similar front and rear glass design, but does not support wireless charging. In this latest revision OnePlus has reduced its screen notch with a new waterdrop-style version for housing the selfie camera. It otherwise looks a lot like the OnePlus 6 (we’ve compared them both here).

The 6T measures 75.4×155.7×7.75mm, making it slightly larger and also heavier at 177g, but we don’t think the difference between the two will be hugely noticeable. 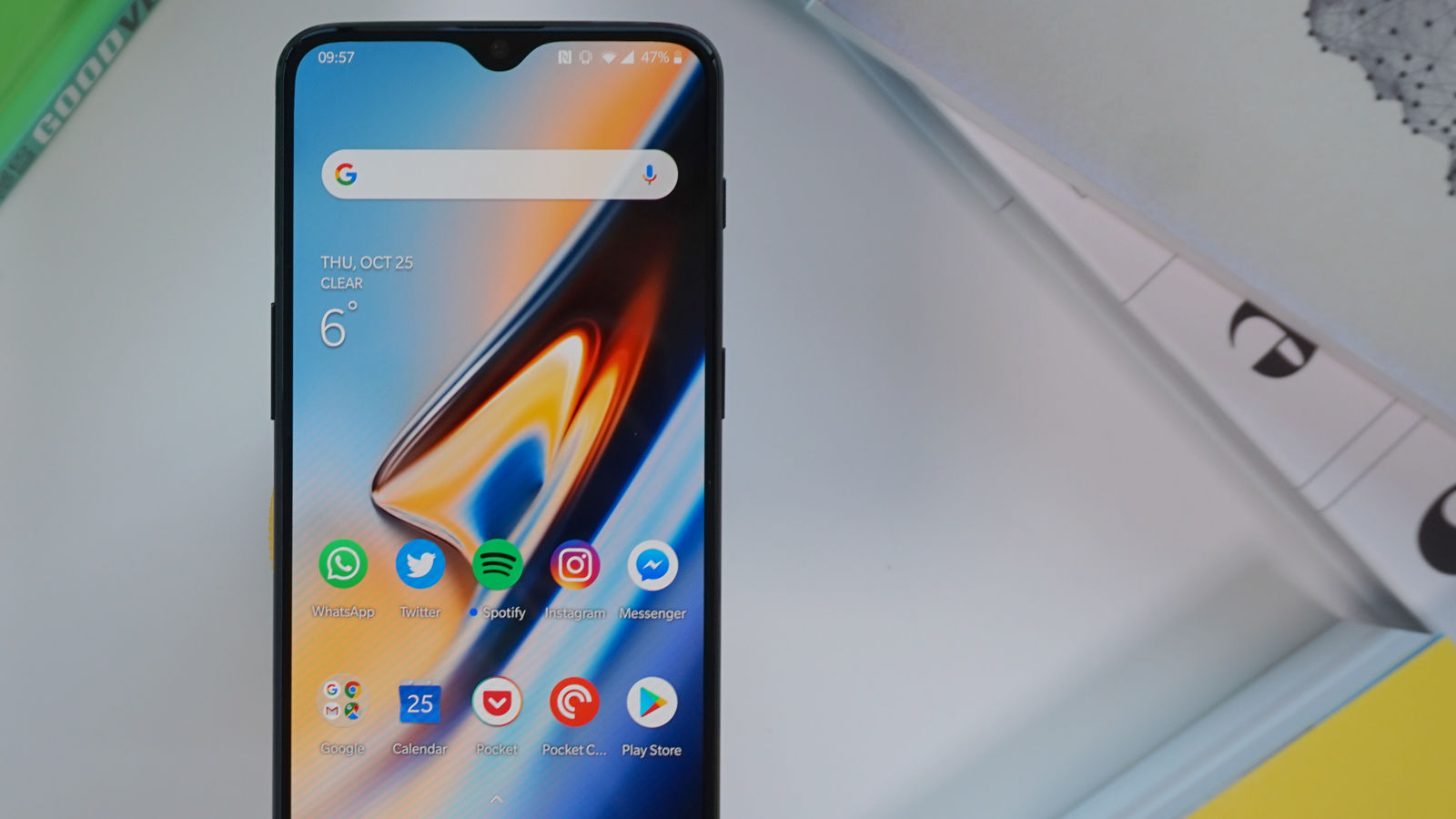 The S10 looks like the more modern phone with less obvious bezels and no notch, but that doesn’t mean to say the OnePlus 6T looks dated: the notch is an elegant solution to the front-camera-housing problem. However, if you’re going to want a headphone jack then you’ll find that only on the Samsung device.

We’ve put together a handy comparison table just below so you can take a look at the features and specs of both phones next to each other.

The specs reveal that the Galaxy S10 is quite obviously a phone of a new generation. An improved display, next-generation processor, IP68 waterproofing, wireless charging and a vastly improved camera setup really set the S10 apart from the 6T.

Samsung usually sets the benchmarks for the year’s flagship smartphones and this year appears to be no different .

The 6T does hold its own particularly well given the price and remains an extremely powerful and capable phone even in the face of one of the most advanced smartphones in the world.

The Galaxy S10 comes with Samsung’s One UI which is a modified version of Android Pie, and from what we can tell so far it’s very good. You’ll need to wait for our full review before we give it a final verdict but our first impressions are promising. 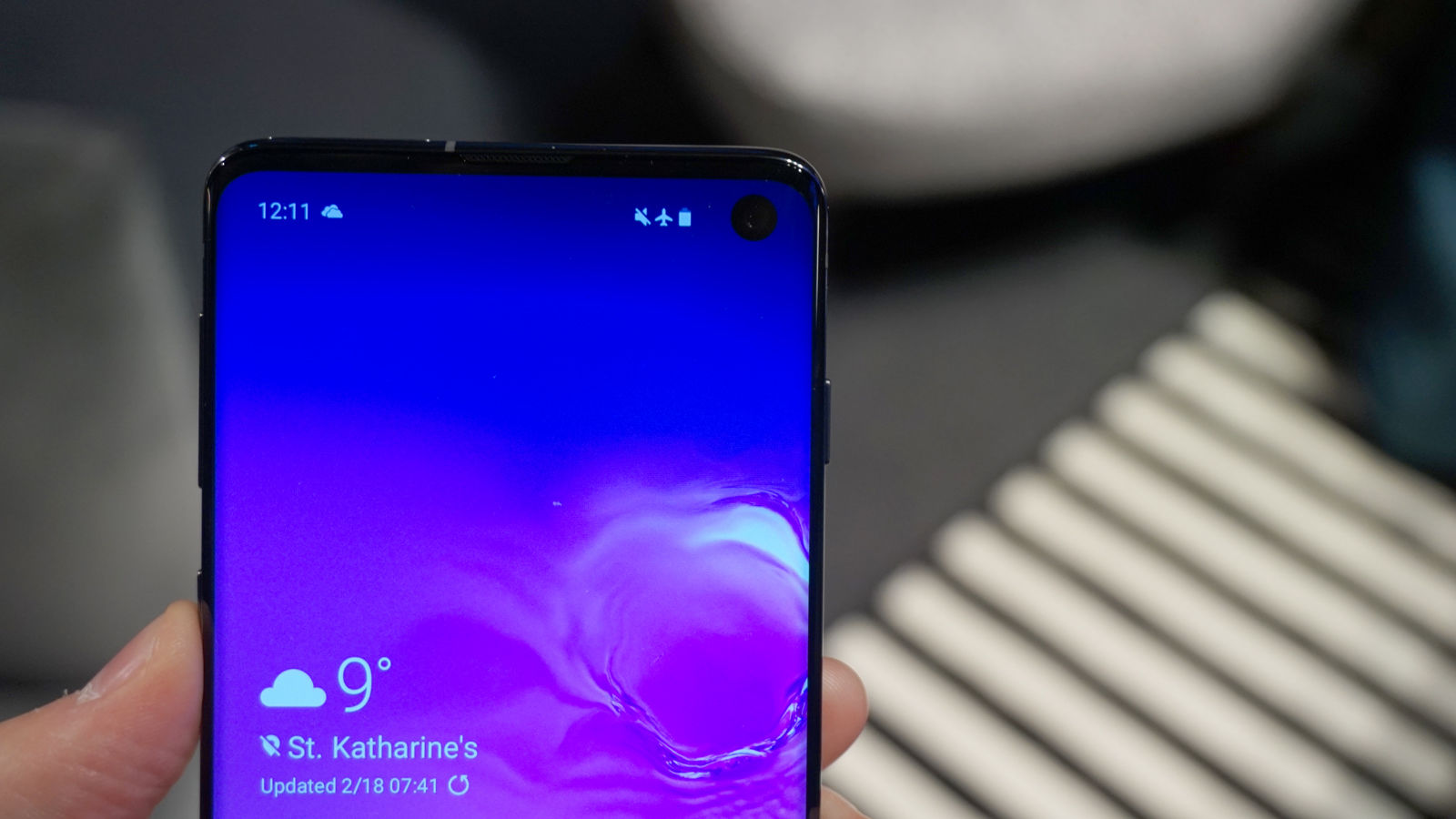 The 6T runs OnePlus’ OxygenOS skin over Android Pie, which we consider second only to vanilla Android, as seen on the Pixel 3. The custom navigation gestures, improved screen unlock and bug fixes make OxygenOS a real joy to use. 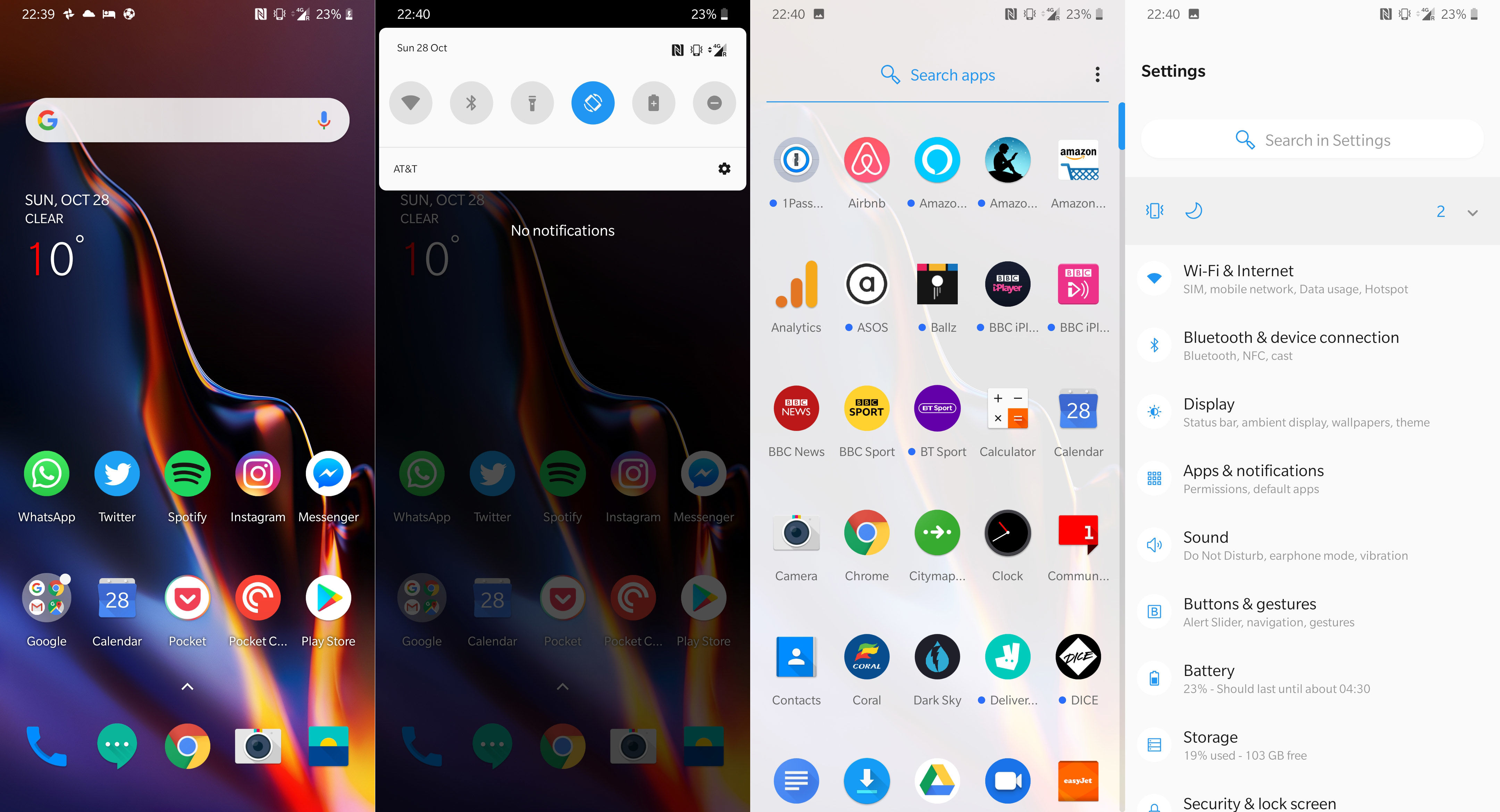 Both phones have a fantastic software user experience as judged from our time with them.

The comparison between the Samsung Galaxy S10 and the OnePlus 6T isn’t really a fair contest. The S10 is of a newer generation. Thus it comes with an improved display, processor and camera, along with additional features including wireless charging, IP68 waterproofing, and even the ability to charge other devices wirelessly from its battery. It is the better phone here without a doubt.

However, it is also 40% more expensive – the OnePlus brand has always provided outstanding value and the 6T is a great example of this, providing many of the flagship features of the last generation at an extremely competitive price.