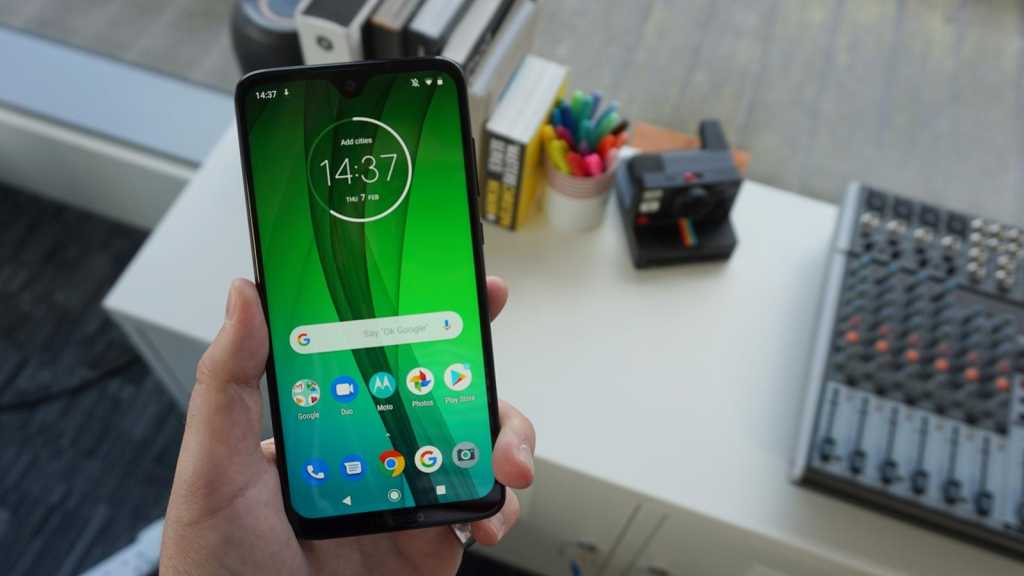 If you don’t mind a plastic backed phone and Honor’s software then the Honor 10 Lite is a steal at under £200. It has dual cameras and decent enough performance. Spend a little more on the Moto G7 and you get a cleaner version of Android, fluid performance and a more premium glass design.

For a few years now the Moto G series has represented good value in the Android smartphone market. Proving that you don’t need to pay through the nose to get a more than acceptable phone experience, the Lenovo-owned brand has made phones with decent build, good performance and attractive prices.

While those prices rise a tiny bit each year, the Moto G7 is still wildly affordable. Luckily for competition’s sake, Honor has emerged as a like-minded smartphone brand with similar pricing.

The Moto G7 and Honor 10 Lite are two of the best, more affordable phones going. Here we compare them to see which is best for you,

The Honor 10 Lite is the cheaper of the two at £199.99. It is not on sale in the US, unfortunately. It’s on sale from  Honor and  Carphone Warehouse.

Here’s a straight side by side comparison of both phones’ specs:

It’s a pretty even match. The extra £40 spend on the Moto G7 gets you a better camera setup on paper, Dolby Atmos sound, P2i water repellent coating and TurboPower fast charging,

Otherwise it’s a stalemate, with the differing processors and specs being largely comparable. These are budget phones with decent performance but corners cut in terms of display, power and camera tech to keep costs low.

For two phones of this price they also look pretty good, if quite different. The Moto G7 opts for a glass back (despite not having wireless charging) and its now familiar circular camera module with Moto logo fingerprint sensor.

The plastic backed Honor 10 Lite is a tad more garish in a silver/blue or blue hue if you don’t opt for the safer black. It scratches quite easily, but both phones come with a silicone case in the box.

Both have the newer style of notch in the shape of a teardrop. This houses the front camera and light sensors and pushes the earpiece up into the top edge of the phone’s body.

We prefer the look and feel of the G7 – even though it costs more than the 10 Lite it has superior build quality that we think is worth the extra spend. It also has the better, more future proof USB-C port rather than the 10 Lite’s microUSB.

There’s not much to call between the two displays. Both are tall 6.2in LCD screens that are, as expected for the price, capped at 1080p resolution.

This makes them acceptable for Netflix sessions though you can get crisper OLED displays with better colour reproduction in more expensive phones.

They’re also pretty good portals into the dual rear cameras of both phones – 12Mp + 5Mp on the Moto and 13Mp + 2Mp on the Honor. Two cameras means you can take blurred portrait style photos,

Phones at the price range of the G7 and 10 Lite benefit from ‘trickle down’ technology – features we see in very expensive phones that, within a couple of years, is reproduced on cheaper phones. Lovely stuff.

So there are many things similar with the two phones – rear fingerprint sensors, comparable prices, screens with not much between them.

What might swing your vote – as it does ours – is the software experience. It’s quite different despite both phones running versions of Android 9 Pie.

The Moto G7 uses Motorola’s pleasingly sparse version that relies on Google’s core apps for everything, meaning no bloatware.

The thoughtful inclusion of Moto additions are all found within one app and therefore are quietly implemented and controlled if you want to use them – they are also easily ignored. It’s great.

That’s not to suggest Honor’s EMUI skin is worse – it’s a matter of taste – but it’s certainly a far cry from ‘stock’ Android. It runs OK on the 10 Lite but there are duplicate apps, animations that feel a tad sluggish compared to how the G7 performs and changes to Android that we feel unnecessary.

But if you don’t mind, then the £40 difference in price that you save by going for the Honor might seal the deal.