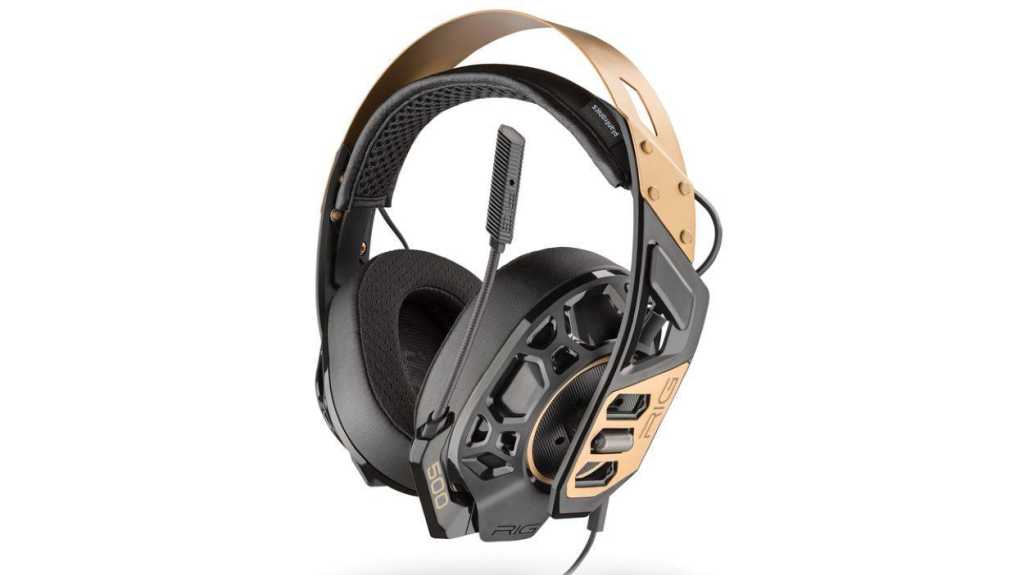 The Plantronics Rig 500 Pro is one of a suite of Rig headsets that Plantronics has on the market at the moment. While some headsets can go for £100/$100+, the Rig 500 Pro offers a premium audio experience with Dolby Atmos for Headphones support alongside a lightweight design for less than £90/$90.

But is it too good to be true? We’ve spent some time playing games using the Rig 500 Pro, and here’s what we think. For more headset inspiration, take a look at our selection of the best gaming headsets available right now.

The Plantronics Rig 500 Pro has a budget-friendly RRP of £89.99/$89.99 and is available to buy via Plantronics, although as you’ll find out in our review, it can take on headsets that cost much more. Even better is that Amazon also stocks the headset, and it’s currently retailing at an attractive £69.99/$76.79. This puts the Rig 500 Pro up against other impressive headsets including the Logitech G Pro, so it’ll have its work cut out to tempt gamers.

The Plantronics Rig 500 Pro is a decent effort at a headset that makes the right compromises to offer solid audio at a sub-£100/$100 price point.

For example, you get a metal headband to provide rigidity and solidity, but the main body is plastic to keep things lightweight and affordable. Like a growing number of gaming headsets, this also features a secondary fabric headband intended to help the headset sit comfortably and lightly, without becoming insecure. Unlike most rivals this actually works, and the Rig 500 Pro really does sit snugly.

If there’s a downside to the design it’s that it’s, well, pretty damn ugly. The angular metal-and-plastic lines and gold finish don’t feel very 2019, and this is far from sleek. It’s a capital-G Gaming headset, with all the questionable design choices that entails, and Plantronics is lagging firmly behind its competition here.

Audio quality is solid, if not remarkable, but it’s strong for the price. Bass response is strong from the 50mm drivers, and there’s a noticeable surround sound effect. Audio can get a bit muddied, making it tricky to isolate specific in-game sounds at times, but generally speaking this makes games sound good.

The microphone is more impressive, with crisp, clear audio that could rival much more expensive headsets. There’s no foam windsock to protect against plosives, but that’s only a minor downside really – especially once you factor in that the mic is removable, and boasts a flip-to-mute function that makes it dead easy to use.

Controls are minimal other than that, with just a simple inline volume slider. If you’re a console player, keep an eye out for the Xbox One and PS4-focussed 500 Pro HX and HS respectively, which instead come with volume dials that sit on the controller’s headphone port for quick access – though you lose the metal headband in the process.

Set the aesthetics aside, and the Rig 500 Pro is a really impressive gaming headset for its price. We’ve frequently forgotten that this is costs less than £100/$100 while we’ve been using it, happily switching between it and some far more expensive alternatives.