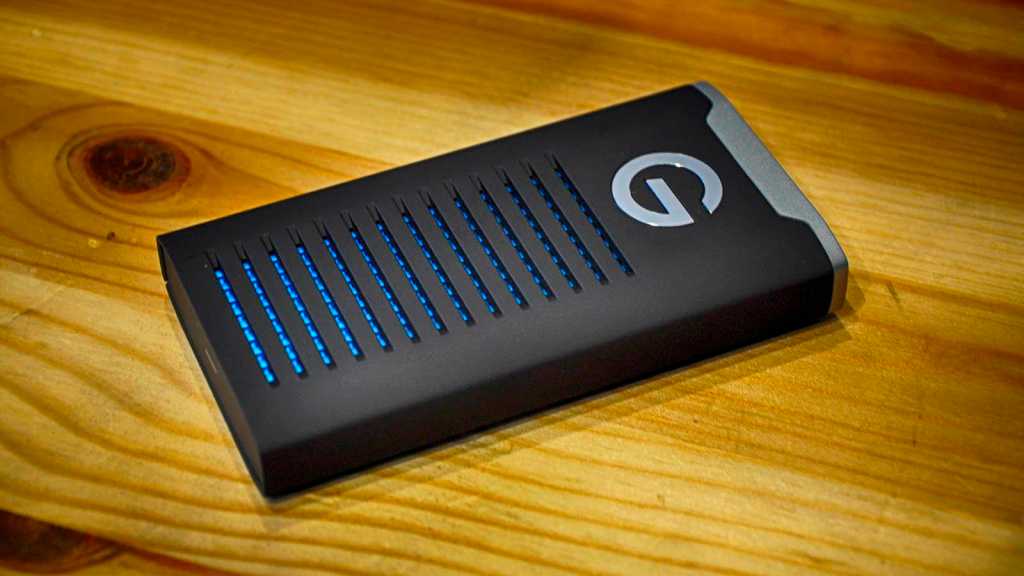 If you’re looking for a speedy SSD that can take with you everywhere you go then the G-Dive Mobile fits the bill. It’s stylish, extremely durable and has excellent performance – even if the cables are too short. The only real issue is that you can get a portable SSD for less money elsewhere.

Portable storage devices built around Flash NAND memory is nothing new, although these days you can get some hefty capacities. Early thumb drives used USB 1.1 and then USB 2.0 technology, but they weren’t especially fast, until USB 3.0 came along.

With bigger capacities and even faster NAND, they’re now usurping the traditional markets for USB connected hard drives. These products offer dramatically greater speeds, and because they don’t have any moving parts, substantially better resistance to shock damage.

We’ve got the very latest in portable SSD technology from G-Technology, a company determined to push the boundaries of performance and damage resistance with its G-Drive Mobile SSD R-Series.

Amazon has the drive available from £124.

Comparing this with similar 500GB mobile SSDs, this one is somewhat on the expensive side.

While all these options are cheaper, none of them offers exactly the same combination of very high performance and extreme ruggedisation that the G-Drive SSD R-Series offers.

We generally associate G-Technology with Apple products, although it also makes many devices that work with both ecosystems, and most G-Tech gear should be fine with Linux too.

The G-Drive Mobile SSD is precisely what the name infers, a mobile solid-state drive that by using USB 3.1 technology can offer speeds comparable with an internal SATA SSD.

Although to truly leverage an external drive like this, other drives that it interacts with, need to be as quick or quicker. There is little point buying one of these and undermining its speed by connecting it to a computer that has a conventional hard drive.

The G-Drive Mobile comes with two cables; one for Type-C USB and another for Type-A USB. As the Type-C connection is the same one as is used by Thunderbolt 3, these two cables cover a wide range of connection possibilities – especially with many modern laptops dropping the traditional full-size USB port.

Though, we feel compelled to mention these cables are also remarkably short (see below). At just 12cm long, they’re only appropriate for laptop use, because most ports on a desktop machine would leave the drive dangling in mid-air.

Longer cables will work, you just don’t get any in the box, which is a shame. 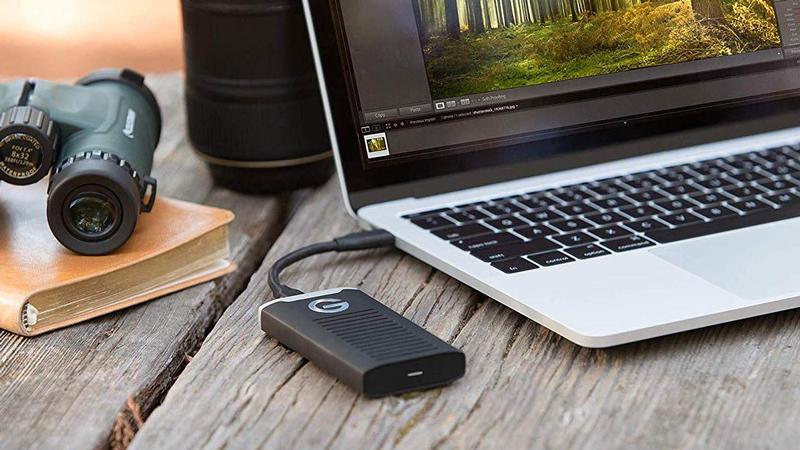 The physical size of this device is about two inches wide, four inches long and just over half an inch thick. That’s decidedly chunky when compared with some mobile SSDs, although not so large that it can’t be easily be pocketed.

Other than the female Type-C port and the G-Tech ‘G’ logo, the only noticeable thing about the outside is that there are deep vents back and front. We assume these are to enable cooling, and through them you can see clearly an iridescent metallic surface that we assumed is for heat dissipation.

At one end are two security screws, but this hardware wasn’t meant to be upgraded or even opened by the user. The exterior is more about offering a higher level of protection for the contents, and therefore making the internals accessible would work against that objective.

According to G-Tech, the G-Drive Mobile has passed an IP67 certification, meaning that it should be able to handle being immersed in water a meter deep for up to 30 minutes like many phones on the market. And, cope with dusty conditions without immediate contamination. It has no moving parts, so it shouldn’t be a huge problem if some dust ever did get inside.

But the party trick of this device is that it can withstand 1,000lbs of crushing pressure, roughly the same amount as would be applied if a typical American family car drove over it.

That’s tough enough for most scenarios. Although, we’d contest that the Type-C USB port and cable wouldn’t handle that level of abuse, so make sure to only drive over it with the cable detached.

As a sign of confidence that the drive will cope with that and lesser abuse, G-Tech offers a five-year warranty.

Makers of these types of devices do like to mention the speed of USB 3.1 Gen 2 (10Gb/s) in their specifications, even if this often has little bearing on the actual speeds you can expect.

However, here the USB 3.1 Gen 2 specification is very important. Something we soon discovered when we tried to benchmark the G-Drive.

But before we get into that, any PC owner buying this product will be forced to format it before use. Because it comes preformatted for Apple Mac use by default, even if that makes little or no sense outside the USA, and maybe not even there.

Once we’d jumped through that hoop, we put the G-Drive on our regular test system and were immediately unimpressed with the first results.

Then it dawned on us that the test system might have 12 cores, but it only has USB 3.1 Gen 1 (previously called USB 3.0). The older Gen 1 spec is for 5Gb/s, and Gen 2 is 10Gb/s. Hence it being hugely important what you plug the device into. 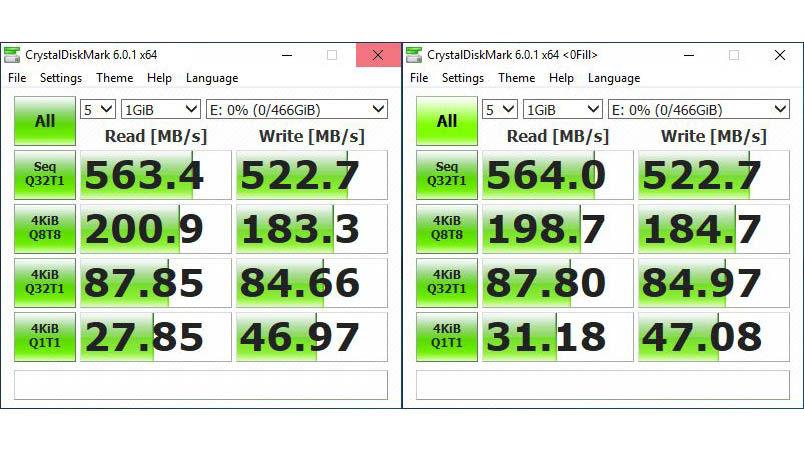 What’s important to realise is that Gb means gigabits, not gigabytes, and therefore to work this into MB/s, we need to divide those numbers by eight.

That works out at about 625MB/s of bandwidth on Gen 1 and double that on Gen 2, but that doesn’t account for the data packaging that happens on USB to guarantee the integrity of any transfer.

We installed a PCIe card with a Gen 2 controller on it, connected the G-Drive SSD to that, and tried again.

That change proved transformational, with the read speed a blistering 563.4MB/s and writing at 522.7MB/s. That read speed exceeds the quoted speed, if only by a small amount.

Therefore, using this drive with an older USB port could reduce the performance by 22 percent.

A PCIe card with Gen 2 ports on it will cost you another £25-30, so you might want to budget for that if you don’t have one inherently on your computer.

All G-Tech equipment is precisely designed and constructed, but you do pay for that quality.

There is no denying that this is built to withstand more abuse than all of those, so it comes down to how paranoid you are about your storage getting crushed or wet. And, if you have a suitable USB port to fully exploit the performance on offer here.