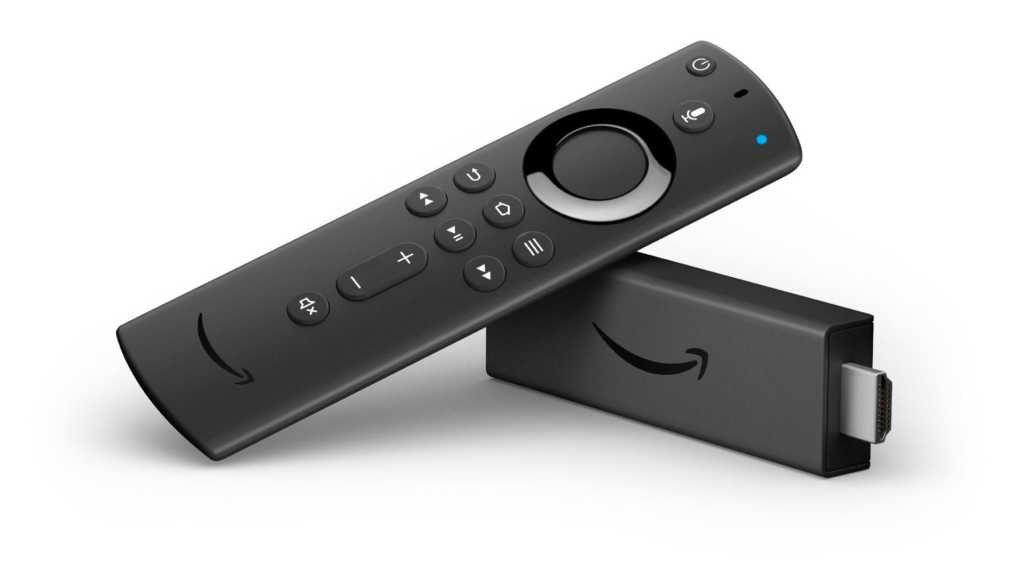 Put simply, the Fire TV Stick 4K is a bargain. For very little money you can stream 4K HDR content to your TV no matter which standard it supports. Alexa and the new remote are the icing on the cake.

Amazon’s Fire TV Stick, or Fire Stick as most people call it, is one of the most popular media streamers for two reasons: it’s cheap and it’s invisible, plugging into an HDMI port out of sight behind your TV.

But there was a problem: it didn’t support 4K. For that, you had to buy the Fire TV set-top box or – if you lived in the US – the Fire TV Cube, a combo of the Fire TV and Amazon Echo.

Both options were a lot more expensive than the Fire Stick, so it’s great news that Amazon has managed to pack the same technology into a stick without increasing the price.

If you don’t have a 4K TV and don’t plan to buy one, then you’ll save a bit by opting for the cheaper Stick, but the whole point of the 4K version is to give you access to 4K Amazon Prime, Netflix and YouTube (among other services) on your 4K TV.

It isn’t your only choice: Roku’s Streaming Stick+ is £10 more from  Argos, and $10 more from  Amazon US and offers 4K in a stick form factor. And as you can read in our  review of the Stick+ it offers a wider choice of apps and services than the Fire Stick.

If you’re familiar with the Fire TV Stick, there’s little to say about the design. It looks the same – albeit 23mm longer – and has the same microUSB connector for power and comes with a short HDMI extension in case your TV’s design won’t allow the Stick 4K to plug directly in to an HDMI input.

As the processor in the Stick 4K is 80 percent faster than the non-4K Stick, it’s inadvisable to try and power it from one of your TV’s USB ports. Amazon bundles a mains adaptor and microUSB cable in the box. It isn’t very long, so you might need to use USB extension cable or buy a longer microUSB cable.

There’s built-in 802.11ac Wi-Fi but unlike the cheaper Fire TV Stick, this one has a redesigned internal antenna which is optimised for streaming 4K video. If you can’t use Wi-Fi for some reason, you’ll need to buy the optional Ethernet adapter.

Arguably the new remote is the most interesting part of the design. There’s a mic button which you hold down to talk to Alexa. That’s not new, of course, but the power and volume buttons are. These are configured during setup to control your TV or sound bar using infrared and make the remote a whole lot more useful.

It isn’t just 4K support at up to 60 frames per second that Amazon has added. It also supports HDR10+ and Dolby Vision as well as the less-demanding HDR10 standard, plus HLG which is for broadcast TV. HDR10+ is specific to certain Samsung TVs, but the point here is that all the current HDR ‘standards’ are supported.

Plus, the Stick 4K supports Dolby Atmos which the cheaper version does not. Of course, your TV will need to be attached to the appropriate Atmos surround-sound system if you want to hear it.

Ok, so to the most important question: what about Ultra HD content? As you’d expect, the primary source is Amazon’s own video streaming service. To access it you need to be a Prime member. However, if you prefer you can rent or buy individual movies and TV episodes from Amazon.

You can ask Alexa to show 4K shows and films, but there’s also a 4K section for Prime Video in the main interface. Admittedly, it’s populated exclusively with Amazon originals but there’s still plenty of good stuff to watch including the Grand Tour, Bosch and Lost in Space.

Asking Alexa for 4K TV shows and movies will also bring up results from Netflix, but you’ll need to pay for the top-tier subscription to access 4K Netflix.

The biggest source of free 4K content is YouTube and the great news is that you can finally get the official YouTube app again, as Google and Amazon have kissed and made up.

The other apps you probably want in the UK are present and correct, with iPlayer, ITV Hub, All4, UKTV Play, Demand 5, Disney Life and many more. No UK catch-up TV is available in 4K, but that isn’t Amazon’s fault.

What is Amazon’s fault is the unnecessary amount of self-promotion and space dedicated to advertising Amazon’s shows and services, plus actual adverts such as the Porsche strip below. It’s fair enough that the Stick 4K is intended as a gateway to Prime Video, Prime Music and the rest, but it the sheer amount of space dedicated to Amazon ads quickly starts to grate.

Navigating around the Fire TV’s interface is smooth and the more powerful quad-core processor certainly does a great job. 4K streams – from Amazon Prime Video at least – start quickly and don’t falter if you ask Alexa to “jump ahead two minutes” or “go back 30 seconds”.

Naturally, picture and audio quality is dependent upon various factors, but if you supply a fast internet connection and a good TV you’ll be deeply impressed with some of the content on offer. The Grand Tour, for example, looks stunning in UHD HDR.

In some of the close up shots you can see dust on dashboards, the texture on a steering wheel and smudge marks on paintwork: all things that are invisible if you watch the normal HD stream.

HDR performance is again mainly a factor of your TV, but if your TV is capable, high contrast scenes are punchy and vibrant.

We didn’t have a Dolby Atmos system to test with, but stereo audio from the Stick 4K was great.

Alexa isn’t just useful for quickly searching for video or playing the next episode of a TV show. She has the full repertoire that you’ll find on any Alexa-equipped device but the fact you’ve got a TV screen as well means you can ask her to show the feed from your compatible security camera, doorbell, baby monitor and other devices.

You can also pair an Amazon Echo with the Fire TV if you want hands-free Alexa control and although the integration with Netflix still isn’t quite as deep as it is in Amazon Prime Video, it’s still useful. You’ll find you use Alexa to launch all the other apps as well, even if most don’t yet have any Alexa integration at all  yet.

You might wonder why you need the Fire TV Stick 4K at all. After all, most 4K TVs have Netflix, Amazon Prime and YouTube apps and will let you stream in UHD HDR. And if your TV can do that then, yes, there’s really not a lot a point in shelling out for the Fire Stick. However, don’t overlook the benefits Alexa brings in terms of quickly searching for content and controlling playback with your voice. Some TVs are more powerful than others, and you might decide your TV’s processor is too sluggish for a satisfying experience when browsing YouTube or Amazon Prime Video. It might not stream 4K reliably, either, and in all of these cases it can be well worth spending the money on the Fire Stick 4K.

There are plenty of alternatives, but none can match its broad support for the various HDR standards the Stick supports at this price. If you want a wider choice of content, by all means choose the Roku instead, but for most people, the Stick 4K is the best-value streaming device right now.