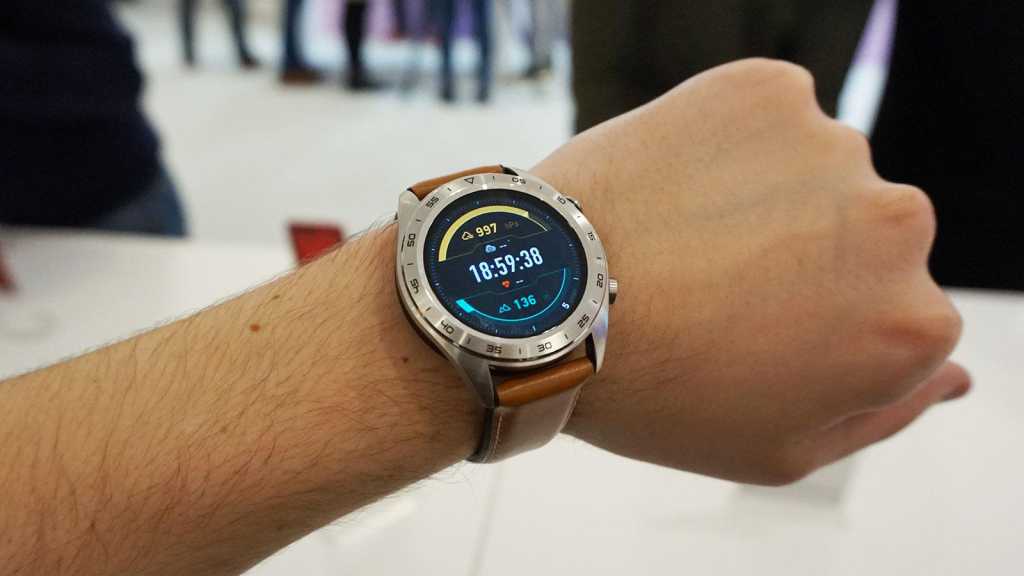 It’s impossible to avoid comparing the Honor Watch to the Huawei Watch GT, but it’s not a comparison that does Honor many favours. Unless you particularly love one of the new colours or the smaller size, it’ll be hard not to justify spending a little more for double the battery. It’s an especially tricky sell when both devices come with serious restrictions thanks to the choice to run Lite OS. Still, it will appeal to those looking for an attractive fitness tracker with basic smartwatch features that will last for a week or more.

Honor used the official European launch of the View 20 phone to unveil another new product coming to the UK: the Honor Watch Magic.

Before you get too excited, it’s worth noting that this looks a lot like the Huawei Watch GT. Like, a lot. Like, this could almost be a boxload of Huawei Watch GTs with the logo filed off that just fell off a truck.

But hey, the GT was a pretty decent smartwatch, so Honor’s version should be pretty decent too – and for a slightly lower price to boot. We’re still waiting for our own Honor Watch to review, but here are our first impressions from the View 20 launch.

The Honor Watch Magic is available now in the UK for £179.99, though right now it’s available as a freebie for anyone who buys the View 20 – which starts from £499 – from retailers including Carphone Warehouse and Amazon before 6 February.

If you just want to buy it on its own, you can head to Honor’s own website or grab it from Amazon, though we expect more retailers to begin stocking it soon.

The £179 price makes sense, putting the watch just slightly below the £199.99 Huawei Watch GT, and well below the likes of the Apple Watch – fitting for a watch that’s arguably more likely to appeal as a fitness tracker than a fully fledged smartwatch.

There’s also a little confusion because Honor announced both the Watch Magic and the Watch Dream at the same event, and even Honor’s own reps seemed unsure what the difference between them is.

The Watch Magic is available in Lava Black, Dark Blue, and Midnight Silver, while the Dream comes in Coral Pink or White Apricot. As best as we can tell, they’re the exact same watch, and the company is just using the ‘Dream’ branding for different colours – you can probably figure out the demographics they’re targetting there.

For simplicity’s sake, we’ll be referring to it as the Magic from here on out – but everything we say about the Magic applies to the Dream too.

As we’ve already said, the Honor Watch Magic is more or less the same device as the Huawei Watch GT, which came out towards the end of 2018. However, it’s not exactly the same, and there are two notable differences.

The first, and most obvious, is that it’s a little smaller. The AMOLED display is just 1.2in across, while Huawei’s watch uses a 1.39in screen. That means the whole body is smaller in turn, and even thinner too – though only by 0.8mm, so we’re not sure you’ll notice.

That’s definitely a welcome change – the Watch GT is undeniably chunky, while the Magic should look a little more proportionate to most wrists.

The reduction in size does drive the one major compromise here though: battery life. The Honor Watch includes a 178mAh battery, which the company says should offer seven days of typical use. That’s not bad by any means, but it’s less than half the 420mAh battery in Huawei’s device – which in turn offers about two weeks’ battery.

To be fair, a week is still pretty good going, and will probably sound heavenly to Apple Watch users used to charging every single day, but with the Huawei watch just £20 more, it’s hard not to see that doubled battery capacity as a very easy reason to spend a little extra.

It’s Huawei or the highway

Like that smartwatch, this is a circular device that looks more like a sporty watch than it does a smart device, with a sturdy raised bezel, and a pair of crowns that serve as buttons. Although the crowns twist, you can’t use them to scroll through the menus, which is a… curious… design choice.

The feature set is also almost exactly the same: heartrate monitoring, sleep tracking, advanced GPS (with three interlocking GPS systems), 5ATM water-resistance, and swim stroke recognition. If that doesn’t give it away, fitness tracking is the clear focus, and this will probably best serve anyone looking for a fitness tracker that also lets you check the weather, because other smart features are limited.

That’s because the Watch Magic runs Lite OS – again, just like the Huawei Watch GT – which comes with pros and cons. It means that the hardware and software have been designed to work together – using that triple GPS for example, or switching to a secondary processor for simpler tasks to conserve battery – but comes at the cost of third-party apps.

Unlike Apple’s watchOS or Google’s Wear OS, you won’t be able to install any third-party apps on here, so you’re limited to the pure Huawei/Honor experience. That means no Google Assistant, no Spotify, no Citymapper – you get the idea. The OS includes basic features like a compass, weather, alarms and so on, but that’s a fraction of the functionality you can get on rival devices.

Going by the Huawei Watch GT, you can expect the Honor Watch Magic to be great at the core fitness tracking though – the heartrate monitoring and GPS really are among the best out there – so this really is a question of depth over breadth. If you want a hardcore fitness tracker with a few extra smartwatch features, this should deliver. If you want the full Apple Watch experience then look elsewhere.

It’s impossible to avoid comparing the Honor Watch to the Huawei Watch GT, but it’s not a comparison that does Honor many favours. Unless you particularly love one of the new colours or the smaller size, it’ll be hard not to justify spending a little more for double the battery.

It’s an especially tricky sell when both devices come with serious restrictions thanks to the choice to run Lite OS. If you want a watch that does everything your phone can but from your wrist then there are much better options out there from other manufacturers.

Still, the Honor Watch Magic will likely hold appeal to a specific user: those looking for an attractive fitness tracker that offers some basic smartwatch features and will last for a week or more.