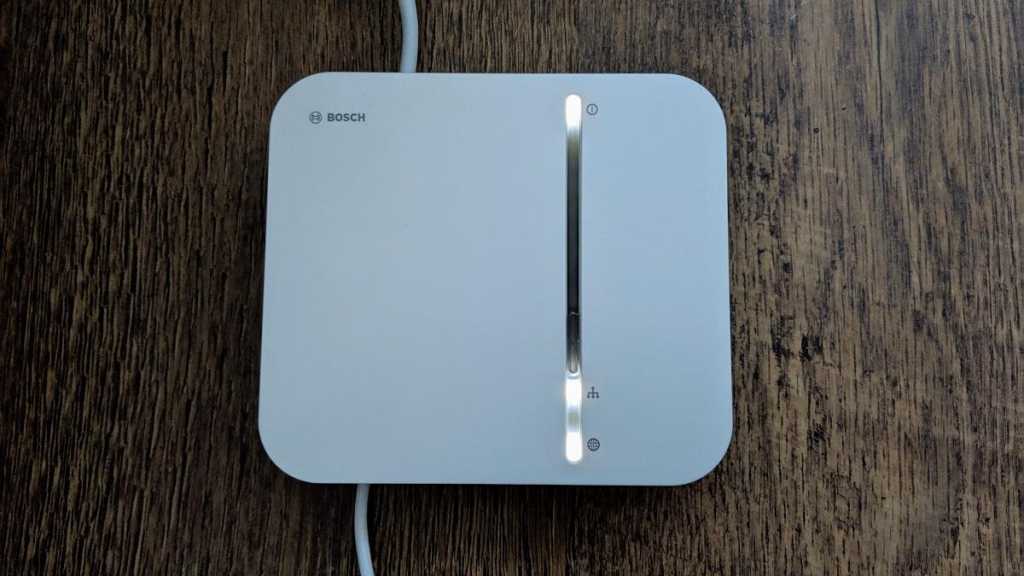 We’re impressed with how easy it is to set up and use this smart home system, plus there’s integration with Alexa and Philips Hue. However, with only two radiator valves and one window sensor, the kit will be too limited and too expensive for a lot of potential customers. Buy it for convenience, not money saving.

You might not know it but Bosch has a set of smart home gadgets, including this Indoor Climate Starter Kit. It aims to bring you both convenience and avoid wasting energy, and therefore money also.

It’s 2019 so there are hordes of smart thermostat and heating systems to choose from, so can Bosch bring something unique to the table? Let’s find out.

We’ve tested the Bosch Indoor Climate Starter Kit which has an RRP of £319.95 from Bosch. It includes a controller, two radiator thermostats and a window sensor.

So this isn’t a smart thermostat kit, because the controller is more like a hub and doesn’t have the ability to control your boiler. The price then, is pretty steep, but luckily you can get it from Amazon for under £200.

If you want an extra radiator thermostat, they are £54.95 and the window sensor is £34.95 so bear these additional costs in mind. You can also buy other gadgets to add to the system like a smart plug, smoke detector and smart switch.

You could end up spending a lot of money, even without a subscription, so is it worth it?

Like some other smart home kit, Bosch has employed the use of QR codes to make life easy.

You start by getting the controller up and running. This involves plugging it into your router with an ethernet cable (this may be annoying for positioning) and then following the setup process on the app. 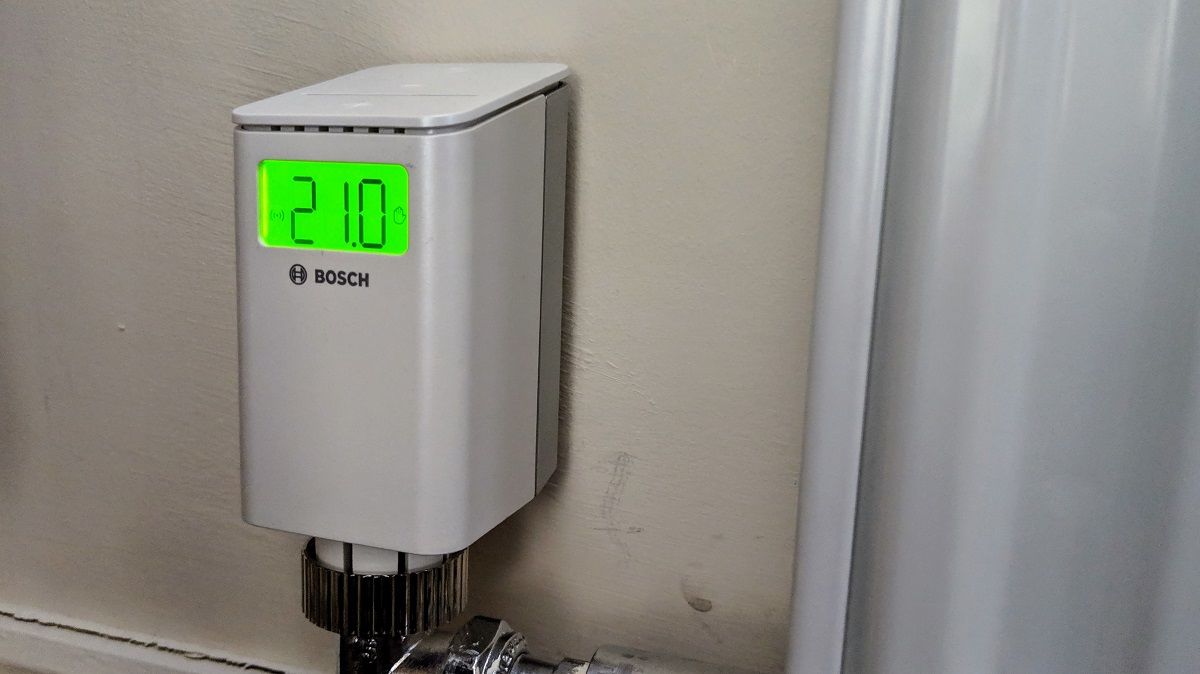 After a lengthy software update, the controller was ready to go (again, note that it’s not a thermostat so just has a single button). You can then add the other elements of the kit to your system by using the app. It’s very easy to scan the QR code on each device and then follow the instructions on the app.

Like any new app, it takes a bit of time to get familiar with everything. Overall, we found the app simple enough to use and reliable too.

If you’ve not come across radiator thermostats like this before then they are, in simple terms, an automated way of adjusting the dial. A small motor inside turns it for you.

With the controller and app, you can set what temperature you want in the room and other things like a schedule. This means you can keep the room warm only when you’re using it. 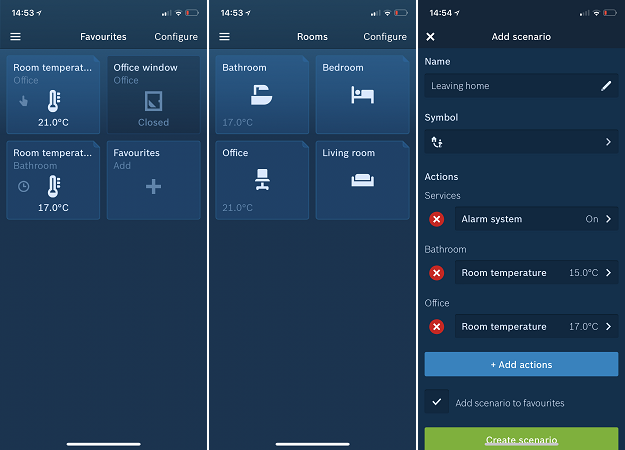 For example, an office can be scheduled to be warm 9-5pm during the week only, so you don’t have to remember to manually turn the dial down at the end of the day and in the morning. It’s easy to forget so could save you a lot of hassle.

You don’t have to use the app either, since there are buttons on the top. These allow you to switch between the hot and cold temperatures and adjust each one. This will override your automated schedule.

If needed, you can switch on Child lock to stop your kids messing with the thermostat.

There’s also the ability to set scenarios for things like you leaving the house and automations for custom ‘if that then this’ (ITTT). 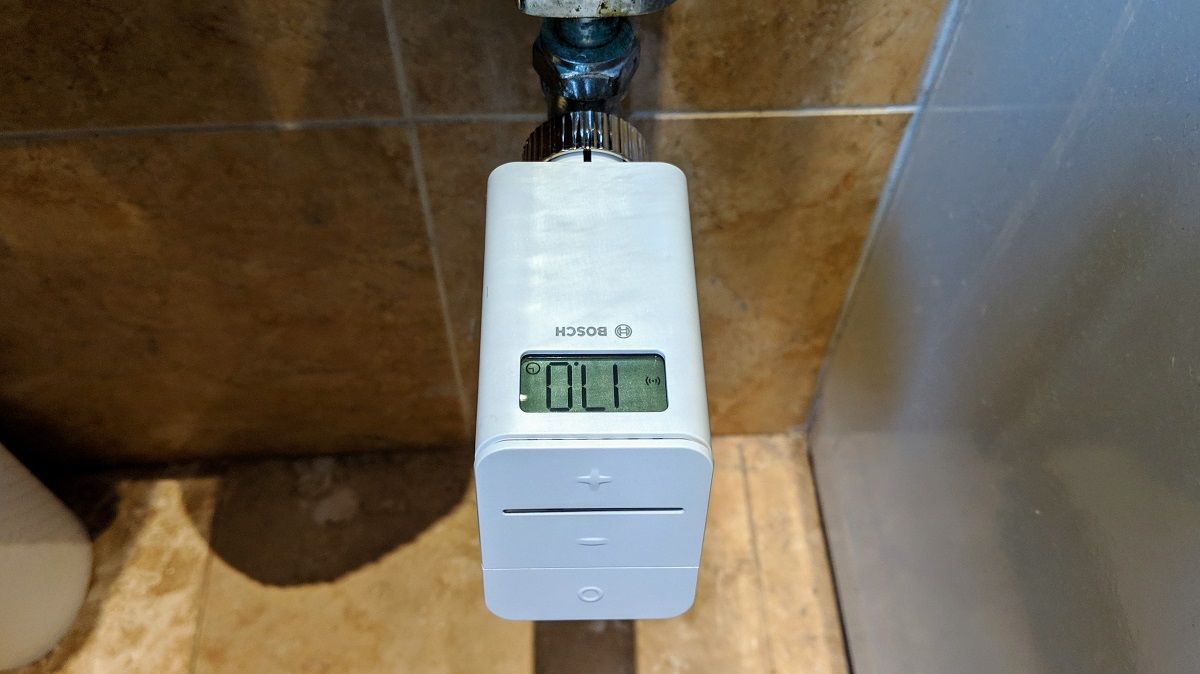 The radiator thermostats work well. The buttons are a little bit loud, but the bigger problem is seeing the small LCD screen on the front. Viewing angles are poor so you need to be on the same level to see it properly, even with the back light.

It would work better with the screen on the top where the buttons are.

If you have a radiator with a horizontal valve (see above photo) , this actually works better for viewing the screen. It also works better this way since the plus button is then above minus. The screen is facing the wrong way, and though you might see images with it the other way round on Bosch’s website, these are actually ones made for the German market where it’s normal for the valve to be horizontal.

The remaining part of the Climate Kit is the window sensor, which can also be placed on a door if you like.

It works better on a window since the idea is that the system turns the radiator down if a window is open to avoid heating a room unnecessarily. A door is typically only going to be open briefly so it’s a bit wasted there.

The sensor is simple and uses a magnet to know whether the the two parts are side-by-side or not. You’ll just need a lot to have one on every window, let alone doors. 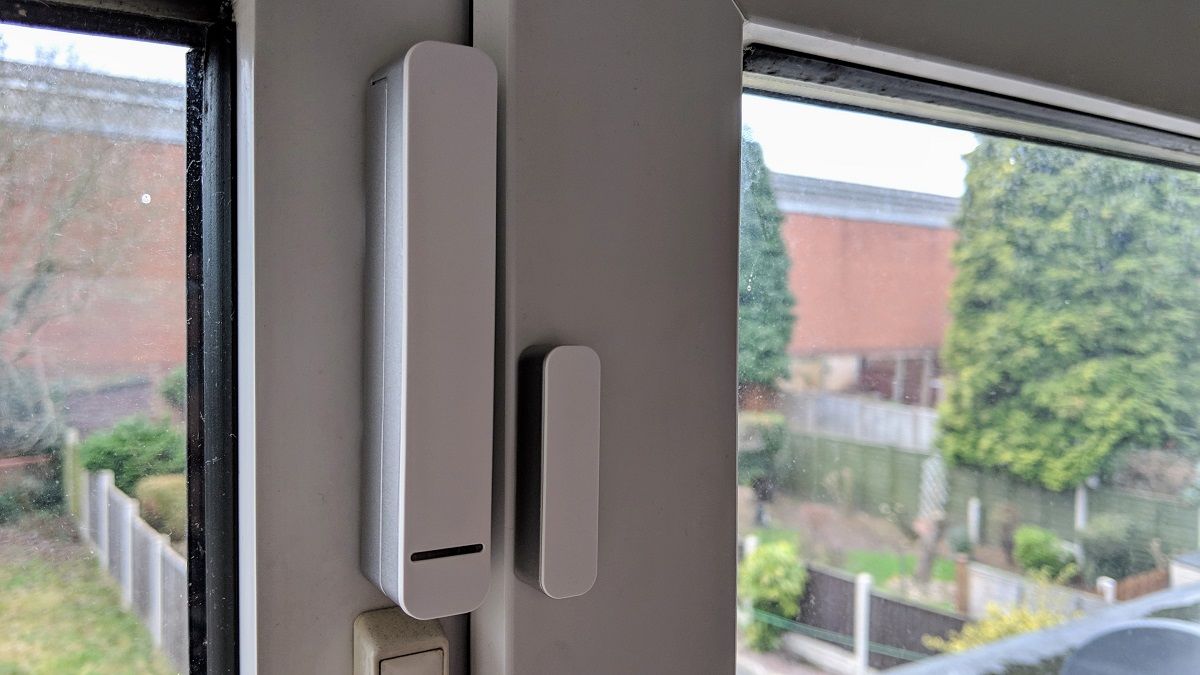 If you can afford to buy loads of them, you’ll benefit from a secondary feature. When you’re not at home, you’ll be notified if a door or window is opened. If you have the Bosch Smoke Detector, it will be used as an intruder alarm.

It’s also worth noting before we wrap up that you can use the Bosch system with Alexa. And if you have any Philips Hue lights, they can also be hooked up. So for example, lights can be automatically switched off when you leave the house.

The Bosch Indoor Climate Starter Kit is simple to set up. It’s also a nice system to use via the app, with an intuitive interface and a good level of options when it comes to control and automation.

We’ve only found small issues like the viewing angles of the thermostatic radiator valve’s display.

The bigger issue here is that the system is pretty expensive for just two thermostats and a window sensor. So you’ll need to spend a lot to get kit in every room in the house, meaning you’re unlikely to save any money any time soon.

Most people will be better off getting a full thermostat smart heating system.