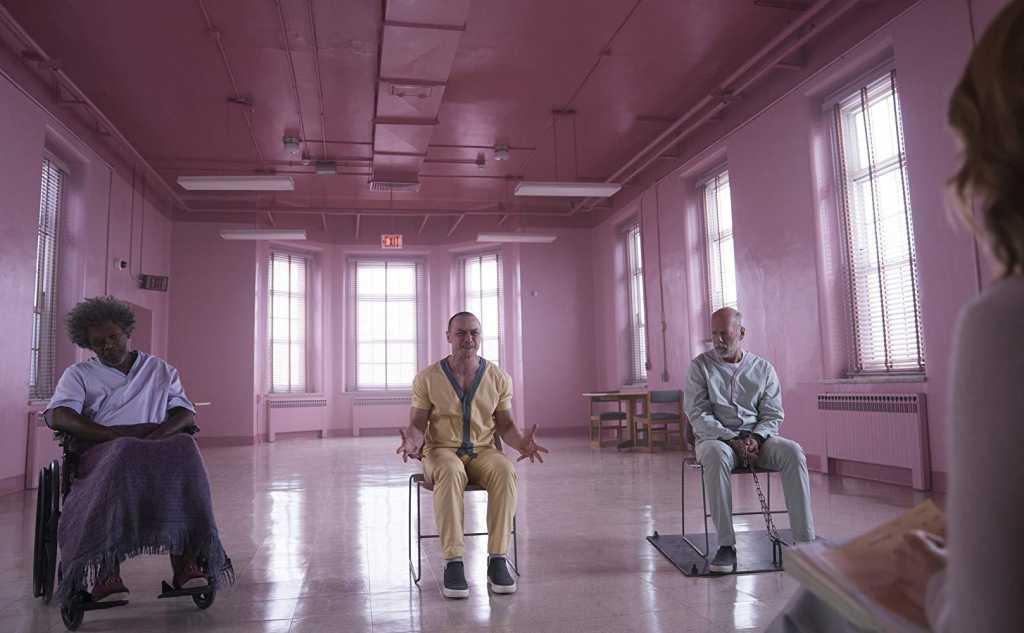 Glass is unquestionably the worst film in this quasi-trilogy, and a disappointing misstep for Shyamalan after what felt like a return to form. The balance of screen time is all over the place, the tone veers around wildly, and the plot gives nonsense a bad name, but it’s certainly never dull. There’s a fun time to be had here, but superhero movies have moved on since 2000 and Shyamalan seems stuck in the past.

Glass is an odd film in more ways than one. It’s the sequel to 2000’s Unbreakable, which picks up shortly after the end of 2017’s Split, which in turn was – sort of – a sequel to Unbreakable itself.

But its crisis of identity runs deeper than its odd production history. Unbreakable and Split are tonally diverse, and Glass has a tendency to lunge back and forth between the two moods, showing off about as many different personalities as James McAvoy’s character.

Underneath all that there are thrilling moments, dazzling visuals, and a couple of virtuoso performances, but it never quite coheres into a satisfying whole.

Out this week in both the US and the UK, you can grab tickets from the usual places – Fandango in the States, Cineworld or Vue in Britain. And if you’re wondering, we’ve answered whether you should bother to sit through the end credits for an extra scene too.

As Glass begins, James McAvoy’s ‘The Horde’ – the villain of Split, whose dissociative identity disorder occasionally manifests in a superhuman form – is in full serial killer swing, abducting groups of young girl across Philadelphia in the name of ‘The Beast’.

Meanwhile Bruce Willis is in grizzled mode as David Dunn, using his super strength and invulnerability as a local vigilante dubbed ‘Overseer’ with the help of his son Joseph (played by Spencer Treat Clark, returning to the same role he played as a child way back in 2000).

A few rapid plot developments later and both David and the Horde are placed in the same psychiatric institution as Samuel L. Jackson’s Elijah – a.k.a. Mr. Glass – under the watchful eye of Sarah Paulson’s Dr. Ellie Staple, a psychiatrist specialising in “individuals under the delusion that they’re superheroes.” 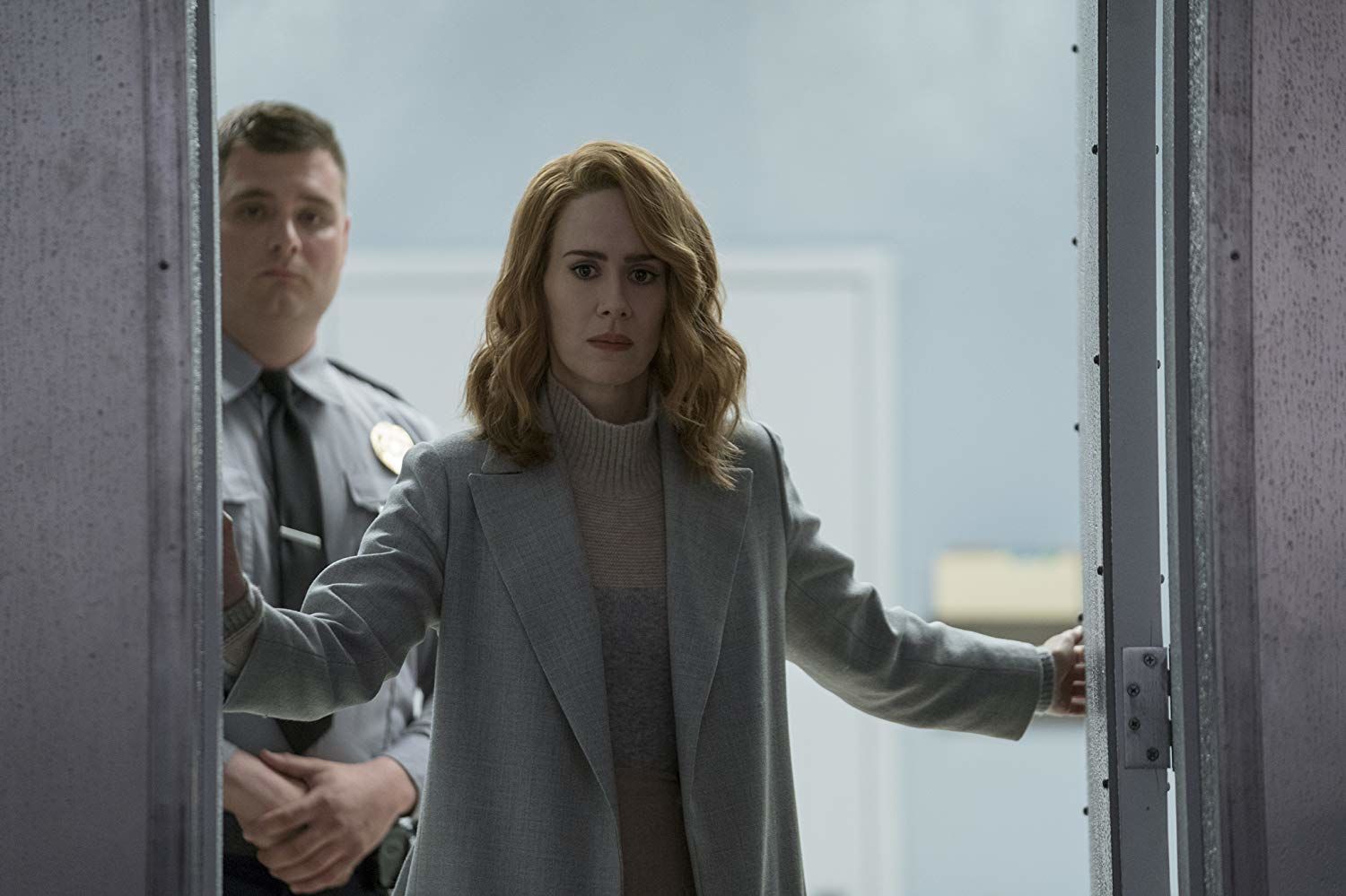 As plot setups go it’s an odd one, coming as it does after two separate films which grappled with the question of whether their central characters were superpowered or not, and each giving pretty conclusive answers.

It means what seems to be the central question of the film – are these characters really powered, or simply delusional? – falls flat from the off, and Shyamalan doesn’t seem to have anything else to back it up. There’s some half-hearted material about whether their superheroics should be kept secret or not, but it’s never really examined, and countless comic book movies over the last decade have handled the theme with more depth.

Together with the script’s regular nods to comic book narrative structures – which felt fresh in 2000 but decidedly less so two decades on – and Glass suffers from the same problem as last year’s Venom. Both feel like superhero movies out of their time, made in a world where Marvel hasn’t dominated the pop cultural landscape and transformed the genre over and over again since 2008.

It doesn’t help that Glass faces the same character juggling problem that Marvel had to tackle in its Avengers team-ups, and doesn’t pull off the balancing act half as well. Spread between three leads, plus Paulson, and a hanger-on for each – son, mother, former victim – no-one quite gets the screen time or progression they need.

Part of the problem is that Shyamalan still seems totally enamored with McAvoy’s admittedly spectacular performance as the various personalities of the Horde, leaving the others somewhat neglected. Even in the film bearing his own name Jackson’s Mr. Glass plays second fiddle, while Willis barely gets a look in as Dunn. He pops up every now and then to look gruff and throw a punch, but has no arc or even character to really speak of.

To Shyamalan’s credit, any film this uneven has to high a few high points along the way. The director’s under-appreciated visual flair is here in full force in a few dizzying shots, neither McAvoy nor Jackson hold anything back, and the whole film – flaws and all – is filled with a sense of fun. It may not make a lick of sense, and ‘uneven’ doesn’t begin to cover it, but Shyamalan seems to have thrown himself at the whole thing with reckless abandon.

Glass is unquestionably the worst film in this quasi-trilogy, and a disappointing misstep for Shyamalan after what felt like a return to form.

The balance of screen time is all over the place, the tone veers around wildly, and the plot gives nonsense a bad name, but it’s certainly never dull. There’s a fun time to be had here, but superhero movies have moved on since 2000 and Shyamalan seems stuck in the past.