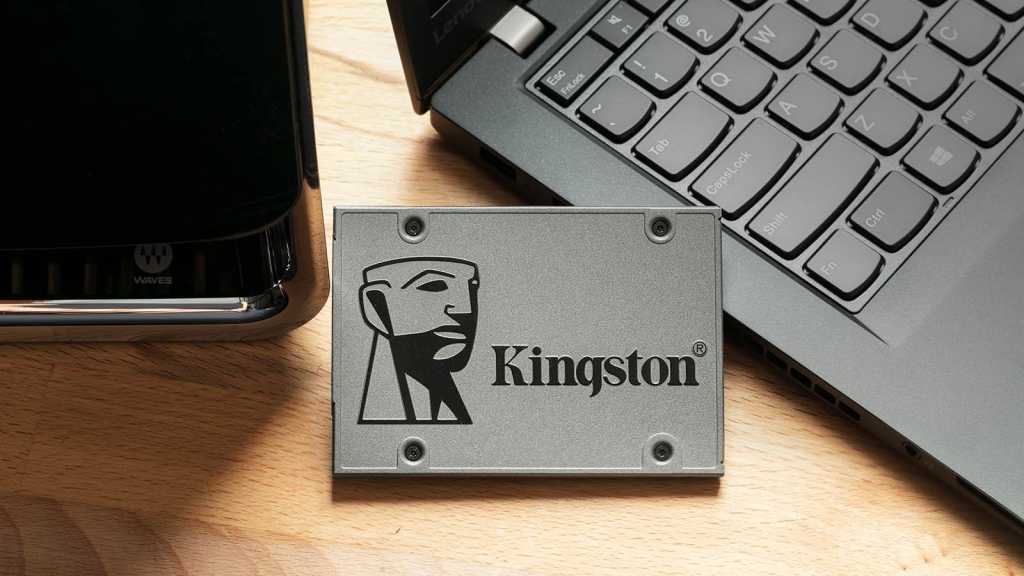 The UV500 isn’t the fastest or cheapest drive around but will last a long time thanks to tried and tested technology. It’s also well suited to anyone needing to comply with data protection laws. This SSD, available in a range of capacities, will be a reliable workhorse if that’s what you need.

With NVMe technology eating up the SSD market, the market for traditional SATA SSD technology has undergone a difficult transformation in the past year. The Kingston UV500 is the follow up to the previous budget UV400 series, but can it complete in a space that it almost entirely cost-per-GB driven at this point?

Shrinking margins on NAND memory and new high-density technologies have made these devices an inexpensive upgrade for those with conventional drives.

However, the big brands keep launching new SATA products to mine the very last of this previously rich seam.

The typical street price for the 2.5in UV500 in 480GB is around £75 in the UK and $95 in the US, making it marginally more expensive than Kingston’s A440 and UV400 series drives. The mSATA variant is about another $5 more, for the same capacity, although the same price in the UK.

This price point places the UV500 a little above the Crucial MX500 500GB, Intel 545s, PNY CS900 and Seagate Barracuda 3D NAND. But it is cheaper than the WD Blue 500GB and the Samsung 860 EVO, although both of those have performance benefits.

See our list of the  best SSDs to buy for more alternatives.

We could talk about the outside of this drive, but there is very little of interest worth mentioning.

It’s a 2.5in plastic and thin metal box made to fit in the space of a 2.5in conventional laptop drive with four visible tamper-proof screws to hold it together and a Kingston logo embossed into it.

The review model contains 480GB of 3D TLC NAND. This model is the middle child in a family that starts with a 120GB option before doubling capacity at each rung until capping out with a 1.92TB model. So there are five to choose from.

All the drives, except for the 120GB model, have identical performance profile of 520MB/s reads and 500MB/s writes, with the smallest drive having only 320MB/s write speed.

For those with laptops designed to accept mSATA drives, there are additional 240GB and 480GB options. And for those with SATA M.2 slots, 120GB, 240GB, 480GB and 960GB capacities. Irrespective of the form factor, all these units have the same performance as their standard SATA cousins. 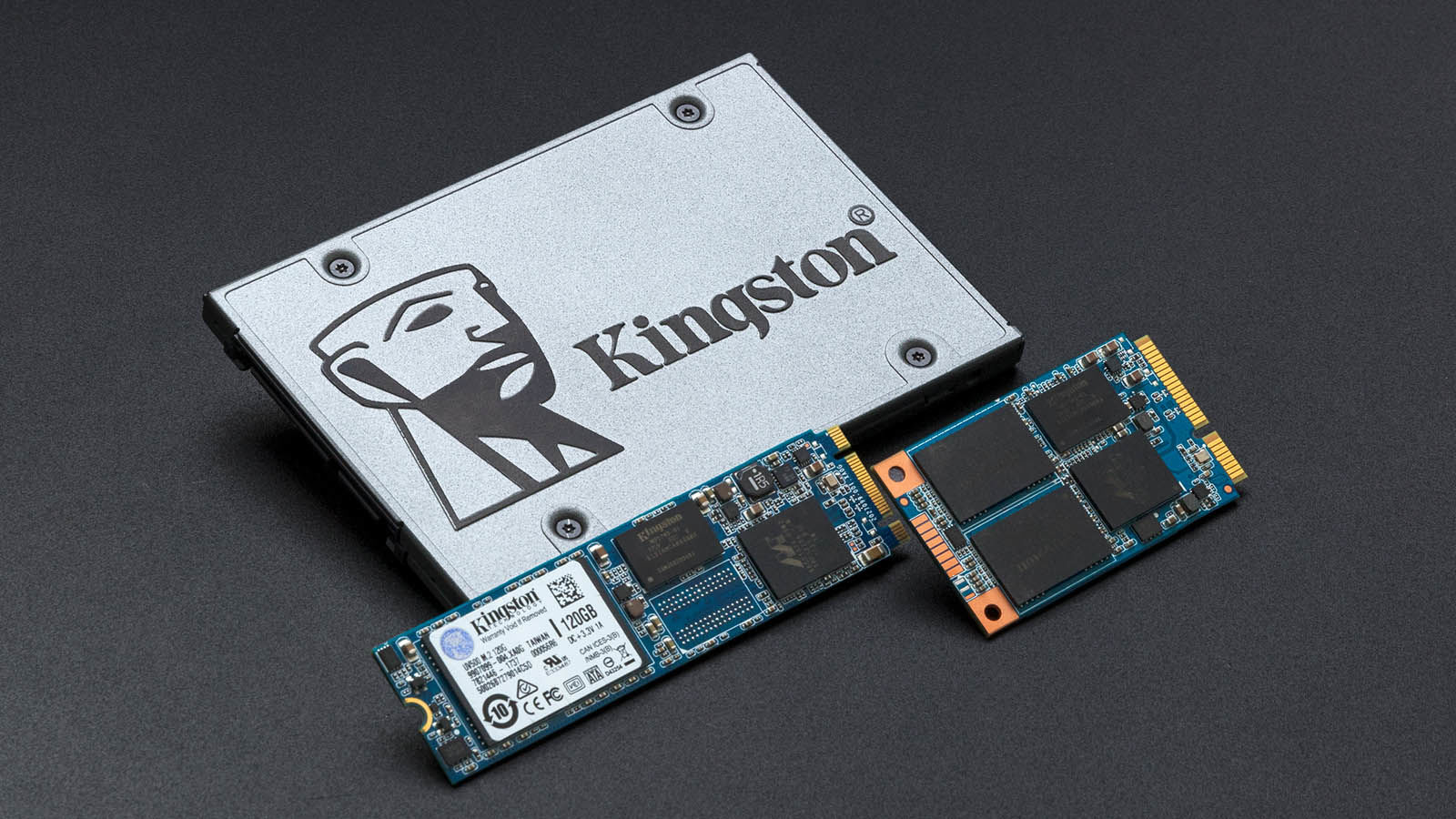 The 2.5in versions come either in as a drive alone in a vacuum pack or as part of a Desktop/Notebook upgrade kit that includes a USB adapter for transferring the existing operating system to the UV500.

All models use the Marvell 88SS1074 controller, a chip that was used successfully in the Crucial MX300 when that was launched back in late 2016.

There isn’t any RAM to lubricate the writing of data. Instead, Kingston used an SLC Cache to stage data before writing to the NAND modules. Depending on the size of the UV500, a different amount of SLC is provided, with the most SLC being on the 1920GB model.

On the 480GB review model, there is a little over 7GB of SLC, so any file transfer larger than that will clog the system and reveal the true performance of the NAND.

The MB/s quoted performance is a little underwhelming and so are the IOPs numbers, with the 480GB offering just 79K/35K. All the drives peak at 79K read and differ only in the write IOPS which go from just 18K on the 120GB model up to 50K on the 1.92TB version.

The life expectancy of the drive is good, with a million operating hours, and the TBW (Total Bytes Written) is 200TB on the 480GB review hardware.

That’s the equivalent of writing the contents of a 50TB Blu-ray disk every day for 11 years and should be enough for most purposes unless you edit 4K video commercially. The warranty of the drive lasts five years, and Kingston does provide free technical support for its customers.

The only other aspect of this drive that’s worth noting is that it has Encryption Support (AES 256-bit), and Kingston call it a ‘self-encrypting drive’, which we’re told isn’t as concerning a feature as it might initially sound.

Most drives support this capability these days, and this one is compliant with TCG Opal 2.0 making it GDPR ready. It should also be getting a firmware update soon that will bring BitLocker, should you have a TPM (Trusted Platform Module) 1.2 chip on your computer. 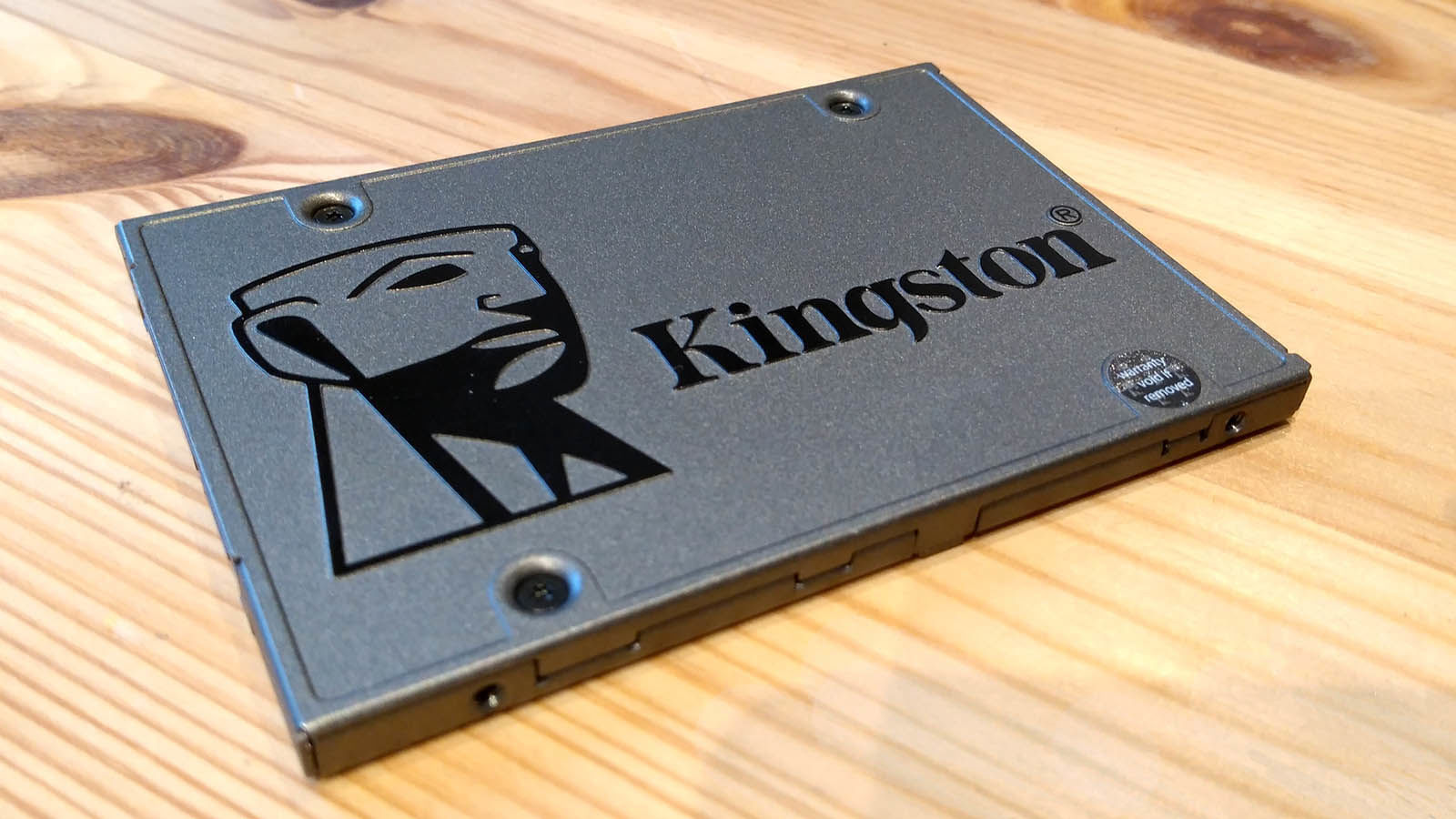 As good as these things are for the limited number of business users who activate system encryption, most home users won’t ever use or care that you can make the contents inaccessible to even the most hardcore hackers.

One curious aspect to the encryption is that Kingston printed a pass code on the label of the drive that will enable the drive to be reset if the password is lost. The data in that scenario won’t be accessible, but the drive can at least be reused.

We’ll be direct and say that the quoted speed for this drive didn’t exactly fill us with anticipation, and the benchmarks underlined that this isn’t the quickest SATA SSD.

However, it’s not awful either, and those looking for speed won’t generally be looking at SATA connected devices for optimal speeds. But then being built around an older controller and TLC NAND, this was always going to a low-cost solution to complete with brand names that aren’t mainstream.

Logic suggests that given a selection of names that they aren’t familiar with, most buyers will go with one they know, even if it costs a little more.

CrystalDiskMark 6 believes that the UV500 is marginally better than Kingston quote, with 535MB/s reads, and 506MB/s writes. Although, the AS SSD benchmark thinks its slower at under 500MB/s reading and closer to 450MB/s writes. 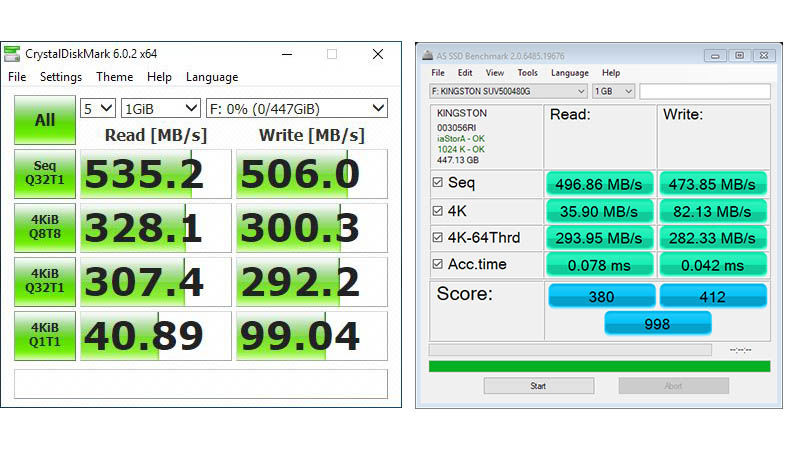 The truth is probably between these two tests, which puts the UV500 below the levels we’ve seen on the Crucial MX500 drives for raw throughput. It’s closer to the Crucial BX500, although it has a better TBW and a five-year warranty over the three of the BX500.

It’s worth noting that the 960GB and 1920GB models of the UV500 have significantly more SLC cache than the smaller drives, so if you regularly move large files around the computer this might prove a major advantage over the smaller devices.

Once the SLC cache is saturated the write speed drops to about half that of normal operation, a common issue with NAND SSD technology that doesn’t use RAM or other mechanisms to defer and optimise the writing process.

The biggest issue here, unless you demand high IOPS, isn’t the speed, it’s the price that Kingston want for the performance profile of the UV500.

As time goes by the market for SATA SSD will start to shrink, and more products like the UV500 are likely to appear. It isn’t the quickest SATA SSD or has the greatest life expectancy, although it’s built with tried and tested technology that should work reliably.

It’s also well provisioned for those that want to comply with data protection laws with the hardware encryption technology within it.

Those looking for ultimate performance need NVMe and not SATA, but if you can’t use that technology, then this is a decent alternative over conventional hard disks.

The UV500 isn’t a performance king, but the asking price it is low enough that it might well find a market. There are quicker drives available for less. Therefore this choice is more about how long you intend to use this SSD. And, if the enhanced security aspects of this design are a relevant factor to you.