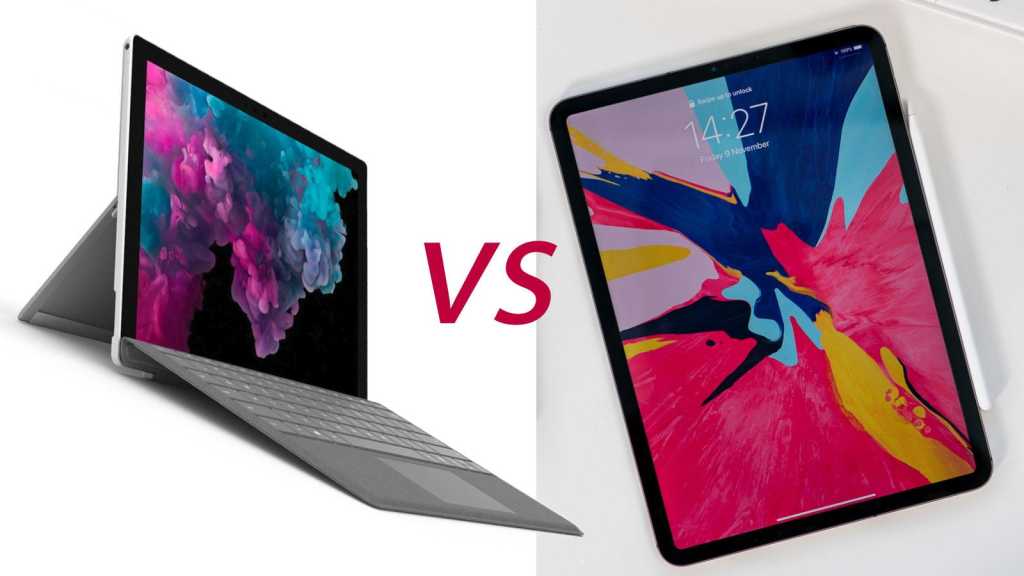 Two very competent 2-in-1s, one running Windows 10, the other iOS 12. For many this difference alone will inform the final choice, but both are top-notch tablets.

Microsoft and Apple updated their tablets towards the end of 2018, but it was the new iPad Pro which received the biggest overhaul, with a new design, a USB-C port and an updated Apple Pencil – now with buttons.

By contrast, Microsoft reintroduced the colour black as a finish and upgraded the Surface Pro 6 with Intel’s 8th-generation Core processors. Amazingly, it’s now Microsoft which uses a proprietary charging connector, not Apple.

But although we could talk all day about specifications, design and features, the biggest difference between an iPad Pro and a Surface Pro is software, not hardware. The iPad runs iOS 12, a mobile operating system, but the Surface Pro runs Windows 10, a desktop OS.

There are pros and cons of each approach which we’ll explain in more details, but suffice to say that the best device for you will come down to which apps you need to use. Oh, and also if you need built-in LTE. Strangely, Microsoft doesn’t currently offer the Surface Pro 6 with LTE of any description so its internet connection is via Wi-Fi only. Every iPad Pro comes in a Wi-Fi & LTE configuration, but you’ll pay a premium for this compared to having just Wi-Fi.

As there are so many models available, it can be a bit confusing to figure out whether an iPad or Surface Pro is better value. The most important thing to note is that the keyboard and stylus are both optional extras in both cases and add a significant chunk to the overall price.

Also, the new iPad Pro comes in two screen sizes: the new 11in model and the larger 12.9in version. 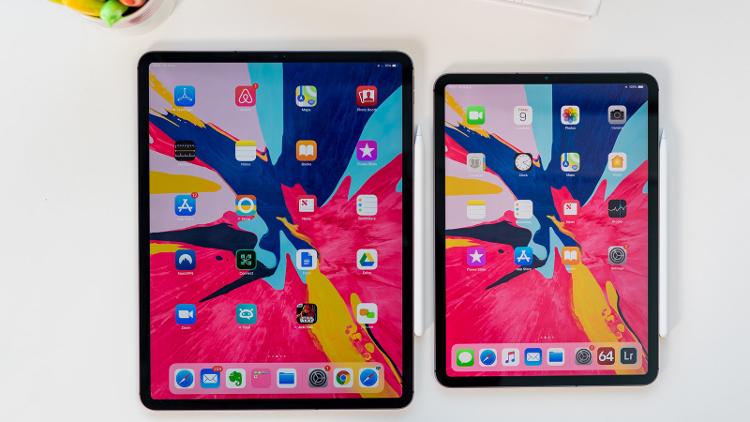 The latter is the closest to the 12.3in Surface Pro 6, but as you can walk into any Apple store and try out an iPad Pro, it’s well worth doing this to find out whether you prefer the bigger or smaller screen.

The 12.9in iPad Pro starts at £969 / $999 yet has only 64GB of storage. There’s no 128GB version for direct comparison with the Surface Pro 6, but since it’s already more expensive with less storage, it’s fairly clear that if you need more storage space, the iPad Pro is going to cost you a lot more.

Apple’s entry-level 11in iPad Pro costs £769 / $799 and has 64GB of storage, so if you can live with the smaller screen and the limited storage it can be a cheaper option than the Surface Pro 6.

Similarly, you can browse the range of Surface Pro 6 models on Microsoft’s site.

On their own, these devices are both tablets. But as mentioned, the Surface Pro 6 runs Windows 10 and the iPad Pro runs iOS 12.

Windows 10 is far from a great mobile OS and this means most people treat the Surface Pro as a laptop. And it works pretty well as a laptop: the Type Cover includes a touchpad and you can run all the usual Office apps as well as the full version of Photoshop and all the more obscure, specific apps you need for work. 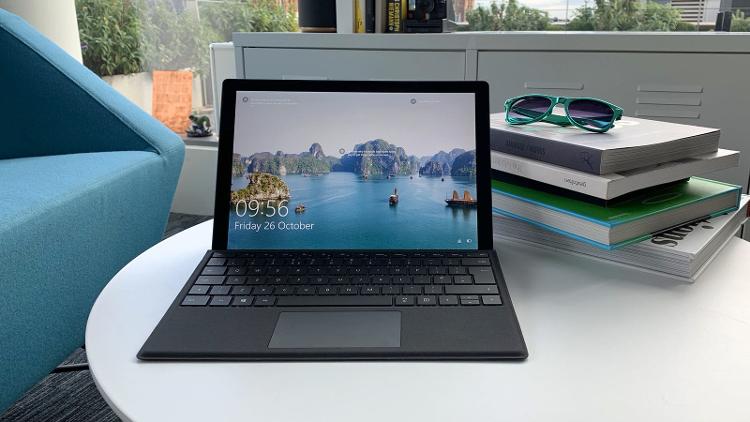 The iPad Pro is a bit more limited, but only if you need to run apps which aren’t available in the App Store. The full version of Photoshop, for example, is still not available and is “coming soon”. However, you can still get a selection of ‘Photoshop’ apps from Adobe on the iPad and their features might be enough to satisfy your needs. 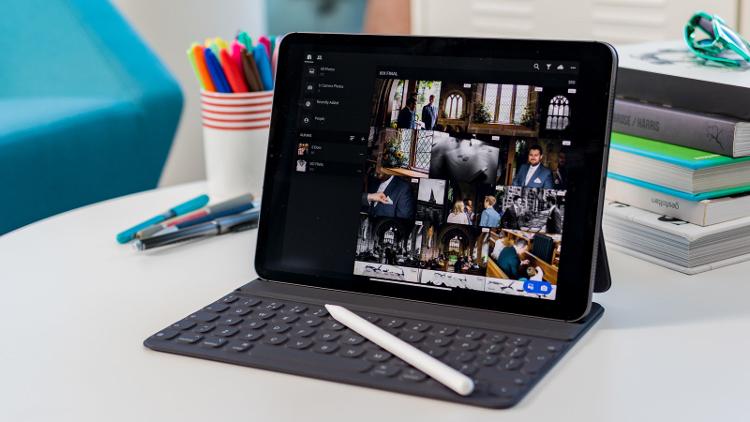 When you’re spending this much money, it pays to think carefully about what you’ll use the device for and – in the case of the iPad – whether you really need a Pro model at all. The cheaper 9.7in iPad is now compatible with the Apple Pencil, the first-generation one at least, and it’s also possible to buy an official keyboard for it as well.

On the Microsoft side of proceedings, the Surface Pro’s biggest strength is that it will run any Windows app, so you have a much more diverse choice than on the iPad, especially when it comes to apps you might need to use for work.

But if you’re unconcerned with work or your needs are just the usual basics then, as with the iPad, you might want to look at laptops which tend to offer similar specs at a lower price. Or you can spend the same money as a mid-range Surface Pro 6 and get a better-specified laptop with a bigger screen and a more comfortable keyboard.

Returning to the matter of comparing the Surface Pro with the iPad Pro, it’s important to understand that Windows 10 is a lot better at multitasking than iOS. Sure, you can run two apps on screen on an iPad, but not all apps support this and it might prove impossible to run the two you need together.

Windows 10 imposes no such restrictions, being a desktop OS, and so you can run as many apps on screen as you like. You’re limited only by the display real-estate and your eyesight.

On the flip side, iOS is better for entertainment and the iPad Pro will serve you well in that respect. It’s overkill for watching Netflix and playing the odd game, though.

Apple updated the iPad Pro’s design for 2018 returning to the squared-off edges of the original iPad. Style is a matter of opinion, but a more fundamental change is the removal of the home button (and with it the fingerprint scanner) and the introduction of FaceID.

Fortunately, the camera setup used for FaceID hasn’t resulted in a notched screen on the iPad Pro, so that’s a nice bonus. 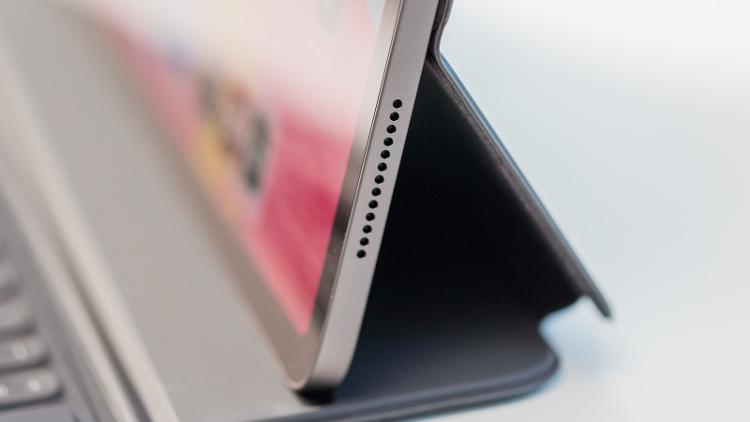 Where the Surface Pro 6 has Microsoft’s infinite-position kickstand, Apple relies on its Keyboard Folio to provide the stand and the 2018 version now offers two angles. This means it isn’t as flexible as the Surface Pro, but at least there’s a choice now instead of the single fixed position of the old iPad Pro with an Apple keyboard case.

Apple surprised everyone at the launch by revealing the USB-C port in place of the traditional Lightning port. It’s a good thing, but it is the only port. There’s no headphone socket, and you’ll have to buy adapters if you want to connect any Lightning accessories, traditional headphones and an SD card reader. 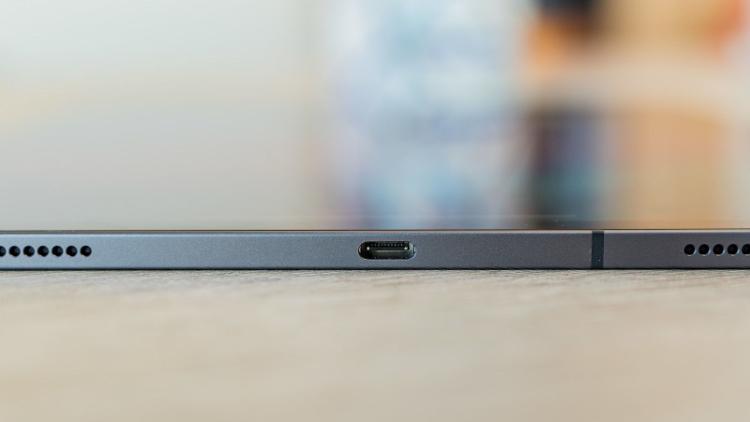 And as with the iPhone XS, the same port is used for charging, so you can’t connect two devices at once unless you manage to buy yet another adapter that allows you to do so.

We moaned that Microsoft didn’t put a USB-C port on the Surface Pro 6, but at least you can connect a USB 3 thumb drive at the same time as charging it without needing any extra hardware. And yes, it also has a standard headphone socket, a miniDisplayPort output and a built-in microSD reader. 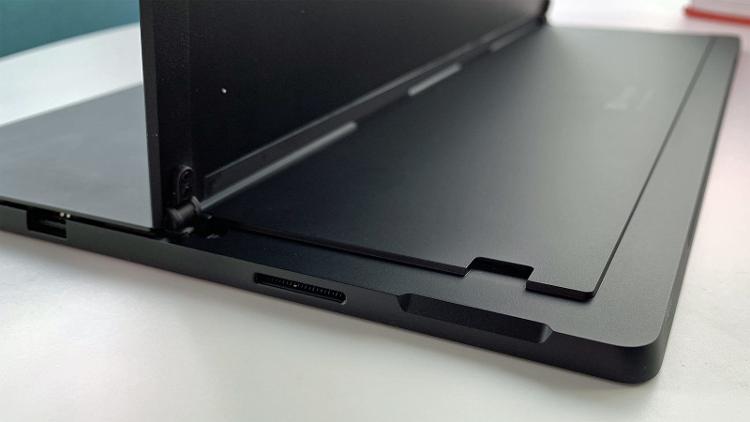 Practically, then, the Surface Pro 6 is more convenient than the iPad Pro.

Rather than talk about performance and display quality here, you can read our more detailed descriptions in the separate Surface Pro 6 and iPad Pro reviews. Suffice to say that both devices have great screens and, in general great battery life.

The Surface Pro 6 should outlast the iPad Pro by a couple of hours, but unlike the various processors on offer in the Surface Pro 6, you get the same level of performance in all iPad Pros: it’s only the amount of storage which varies.

When choosing between an iPad and a Surface Pro the decision is more about the operating system than the differences between hardware, or even price. If you need to run Windows apps that aren’t available on iOS then then you don’t really have a choice.

But if apps aren’t a barrier then, frankly, you’ll be pleased with either of these tablets. For us, the iPad Pro is the more desirable of the two, but bear in mind that the entry-level 64GB is unlikely to be enough so budget extra for the 256GB model.