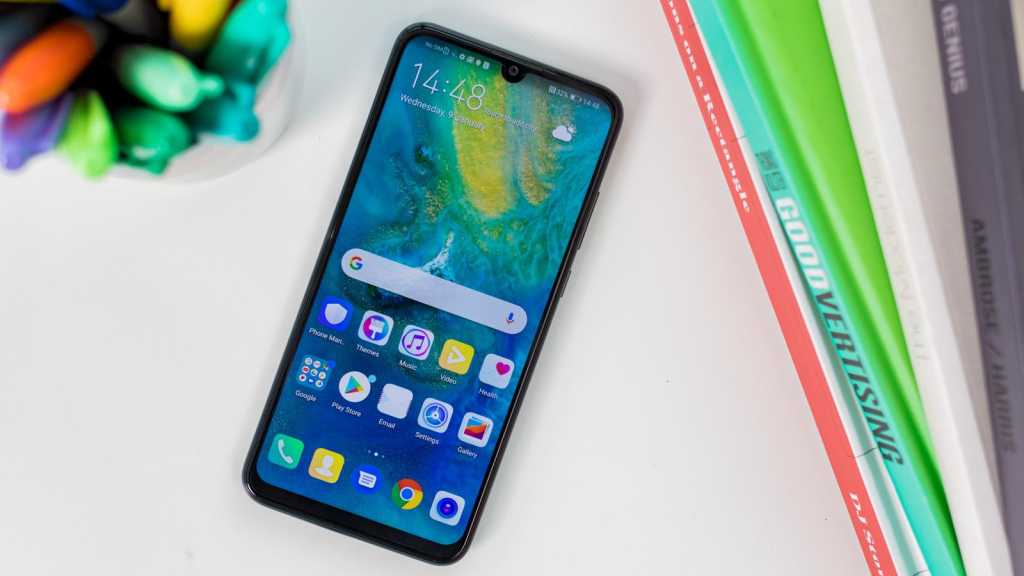 The P Smart 2019 is a great upgrade from the 2018 model with a bigger screen and better performance. However, as with the original P Smart, Honor’s version is better value.

On the face of it, the P Smart 2019 is a bargain. It has a 6.2in screen with tiny bezels and the tiniest of notches for the selfie camera.

It runs Android 9 Pie and performs well for the price, so what else could you ask for from a sub-£200 phone?

Well, as it turns out, you can have a better phone for £199 and it comes from Huawei’s sub-brand Honor. It’s called the Honor 10 Lite.

Both the P Smart 2019 and Honor 10 Lite cost £199. They also look identical, so you’d be forgiven for thinking only the branding was different. But these phones aren’t quite the same as we’ll explain…

In the UK, the P Smart is available in (boring) Midnight Black, Turquoise Blue and the fetching Aurora Blue (below) which is a gradient finish from a dark to light colour on the rear. 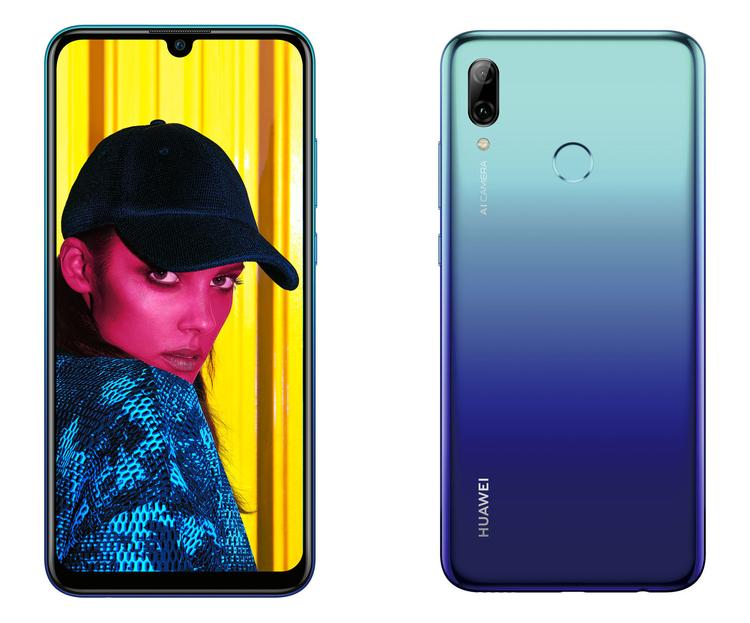 You can buy it from Amazon, Argos, AO.com and other retailers.

For those who prefer to buy their phone on contract rather than SIM-free, Vodafone is offering the P Smart 2019 for no upfront cost and £25 per month with 1GB of data. It’s £31 per month for 4GB.

As far as we’re aware, the dual-SIM model number is POT-LX1.

For alternatives, see our roundup of the best budget Android phones.

A year ago we reviewed the original P Smart and discovered that it was nearly identical to the Honor 9 Lite. Yet it was a bit more expensive and lacked a couple of features that you got with Honor’s version.

It’s pretty much the same situation this year, although there’s now parity on pricing. 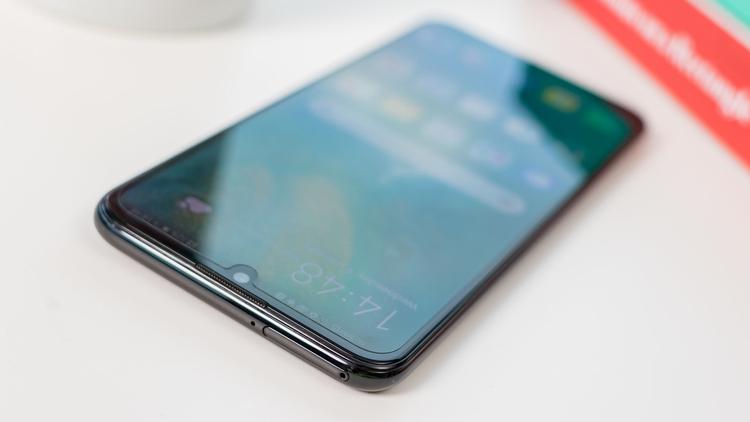 Put the P Smart 2019 and Honor 10 Lite side by side and you’ll be hard pressed to spot the differences. The main one is that you get an 8Mp selfie camera in the P Smart, but the 10 Lite has a much more impressive-sounding 24Mp camera.

Strangely enough, the P Smart is a fraction taller than the 10 Lite so despite the fact that they share the same design and plastic rear cover, they don’t use the same chassis. 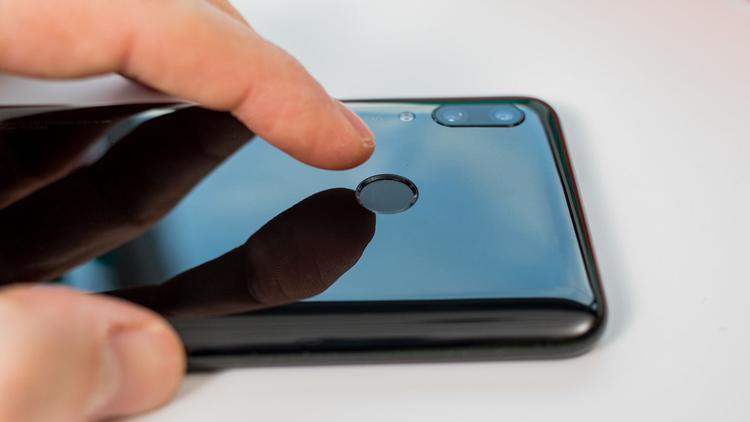 Although Huawei doesn’t bundle a case with the P Smart 2019, Honor does and we found the transparent TPU offering was a very tight fit on the P Smart. So don’t assume cases can be mixed and matched between the two.

Besides this, the two phones are effectively the same, offering the same 6.2in 19.5:9 screen, same Kirin 710 processor, the same 3400mAh battery and the same allocation of storage and RAM: 64GB and 3GB respectively.

Buttons are ports are in the same places, so you’ll find a 3.5mm headphone jack on the bottom alongside a microUSB connector. 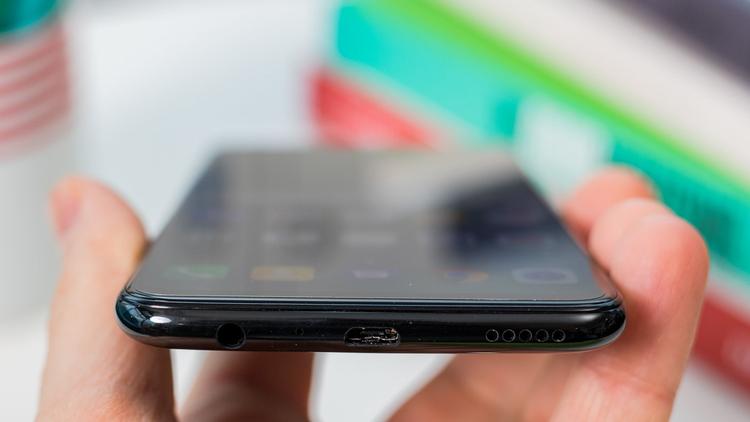 Huawei says charging is 22% faster than it was on last year’s P Smart and there’s a 10W charger included in the box.

With a resolution of 2340×1080, the display is a real treat. It isn’t the brightest around with a maximum output of 381 nits in our tests, nor is it the most colour accurate, but it’s sharp and offers great viewing angles. As with other Huawei phones, you can tweak colour temperature and opt for Normal or Vivid colours. 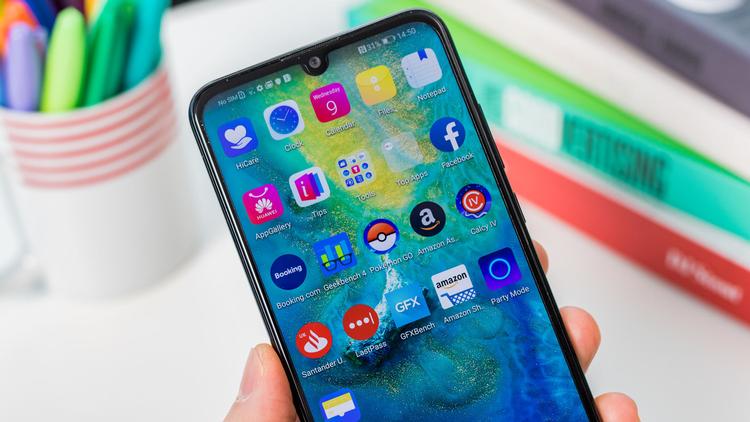 However, even in Vivid mode colours aren’t that vibrant – maybe we’ve been spoiled by the plethora of top-quality OLED screens in more expensive phones.

Overall, it’s a great-looking screen for a budget phone.

It’s no surprise to see 802.11n rather than 802.11ac Wi-Fi, and Bluetooth 4.2 rather than 5. But the P Smart does have NFC, an FM radio and its SIM tray will accept two nano SIMs if you’re happy to forfeit expanding the storage via a microSD card which would otherwise occupy the second space in the tray. As mentioned above the dual-SIM model is only available from Three in the UK.

If you buy from another mobile operator or retailer you will get the single-SIM model. Be sure to check before you buy if you need the dual-SIM version.

If you’re wondering, these are identical specs to the Honor 10 Lite which is also a dual-SIM, dual standby phone. 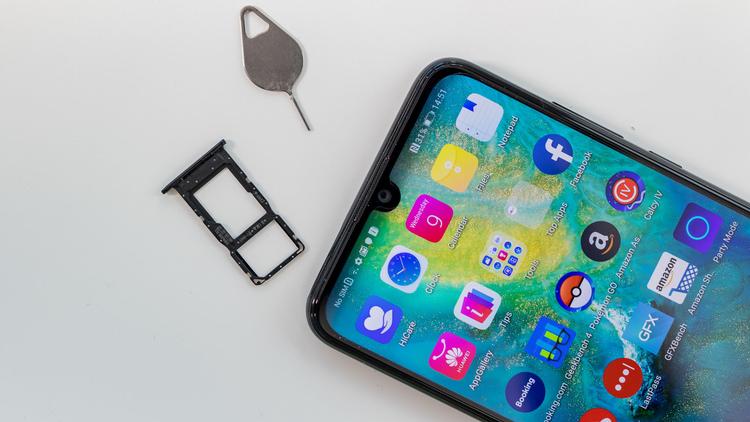 The Honor 10 Lite caused us a few headaches when it came to installing and running our usual benchmarks, but we had no such problems with the P Smart 2019. As you can see in the graphs below, it offers a reasonable turn of speed for the price and is roughly on a par with phones equipped with the Snapdragon 636 chip, such as the Asus Zenfone 5 and Zenfone Max Pro (M1).

As my colleague Henry noted in his review of the 10 Lite, you shouldn’t expect the same kind of flawless, fluid performance you get from a flagship Android phone. There’s the odd stutter and perceptible slow-down but that’s what you get when you’re spending this kind of money on a phone. In fact, some phones costing £150 more have similar performance, so it’s certainly the best you’ll find currently at this price.

The real compromise you’re making – in terms of performance – is in 3D. Games will run on the P Smart of course, but not at the same frame rates or quality levels you’ll see on a flagship.

We found the fingerprint sensor worked very well though, instantly recognising our digits when pressed to the scanner and unlocking the phone in no time.

Combining a 3400mAh battery with EMUI 9’s power-saving features means the P Smart 2019 lasts a whole day if you’re pushing it hard, or up to two days with very light use. As with all phones, it really depends upon what you’re doing and how many apps you allow to use your location in the background that determine how long the P Smart 2019 will run between charges.

At the rear is the same dual-lens arrangement as the Honor 10 Lite with 13Mp and 2Mp sensors behind them. The latter is a secondary camera used for depth sensing, and allows the P Smart 2019 to produce some convincing portrait photos with blurry backgrounds. 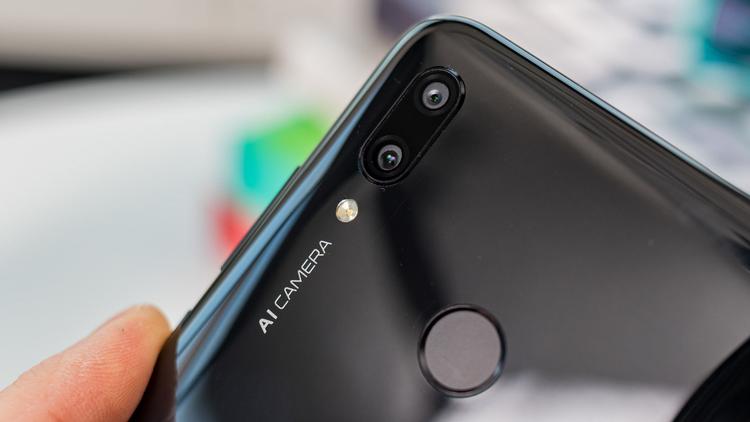 You also get a few other nice features including Ultra Snapshot which takes a photo when you quickly press the volume down button twice, even if the phone is asleep.

The AI CAMERA lettering on the rear means scene recognition is used – just like it is on the P20 Pro and Mate 20 Pro – to optimise settings and processing for various types of scenes. 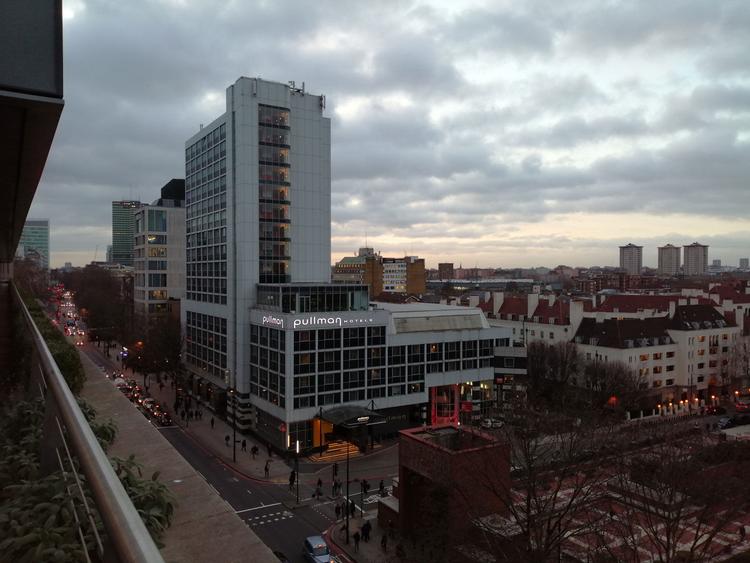 Typically this means photos taken in this mode look much more saturated, and it’s hard to see any other differences. But they’re perfectly acceptable for sharing directly to Facebook, Twitter and your friends and family.

Quality takes a tumble when light levels drop, but this is part and parcel of budget cameras with small-aperture lenses. Here you can see the difference between using the standard photo mode and the dedicated night mode, but neither do an amazing job in very low light: 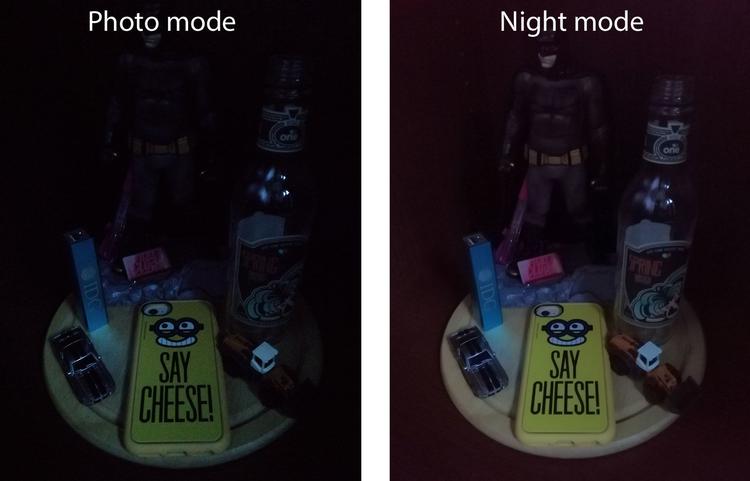 Does the 8Mp selfie camera embarrass itself next to the 24Mp shooter in the Honor 10 Lite? In a word, no. But the latter does offer quite a bit more detail and is a good reason to opt for the Honor phone if you take more selfies than photos of other people. 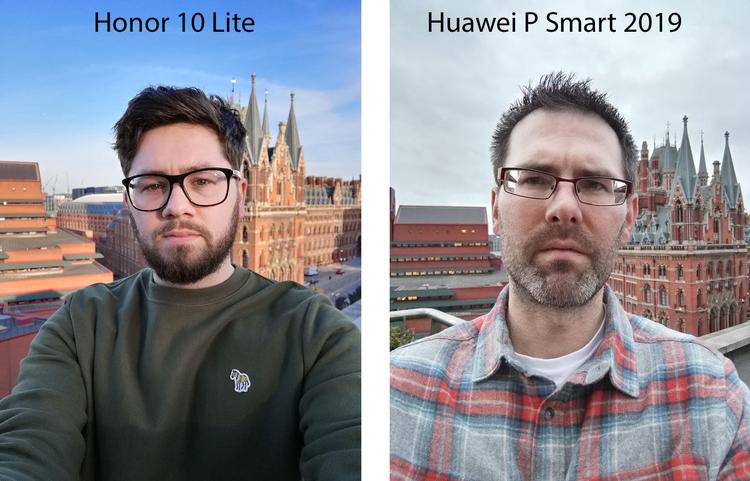 Video tops out at 1080p at 60fps, but there’s no stabilisation even if you drop down to 30fps. So this isn’t a great choice if video is a priority.

It’s good to see the latest version of Android on the P Smart 2019. That’s partly because some of Huawei’s flagship phones (notably P20 Pro) are yet to receive an update from Oreo to Pie, but also because you can never guarantee a manufacturer will update to the next version of Android.

Of course, Huawei adds EMUI on top of Android so the interface looks just like other (and older) Huawei phones. But you still gain the benefits of Pie, including full-screen gesture navigation, better notifications, digital wellbeing (called Digital Balance in EMUI) and other improvements. 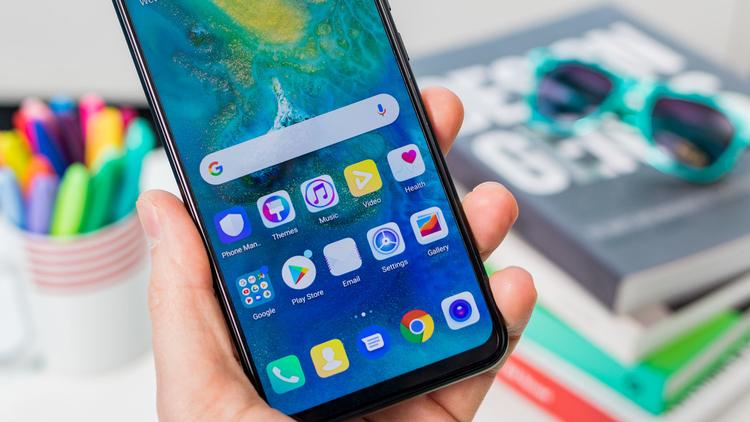 If you’re not a fan of the iOS style home screen with no app drawer, it’s quick and simple to switch style to get the usual Android app drawer.

Given the similarities to the Honor 10 Lite and the 8Mp rather than 24Mp selfie camera, you might wonder why it’s worth buying the P Smart 2019 instead. And that, ultimately, is the biggest problem for Huawei’s latest budget phone.

Unless you can find it cheaper than the 10 Lite or you strongly prefer to have a Huawei badge on the back of the phone, you’re better off buying the Honor version which also comes with a free case in the box.