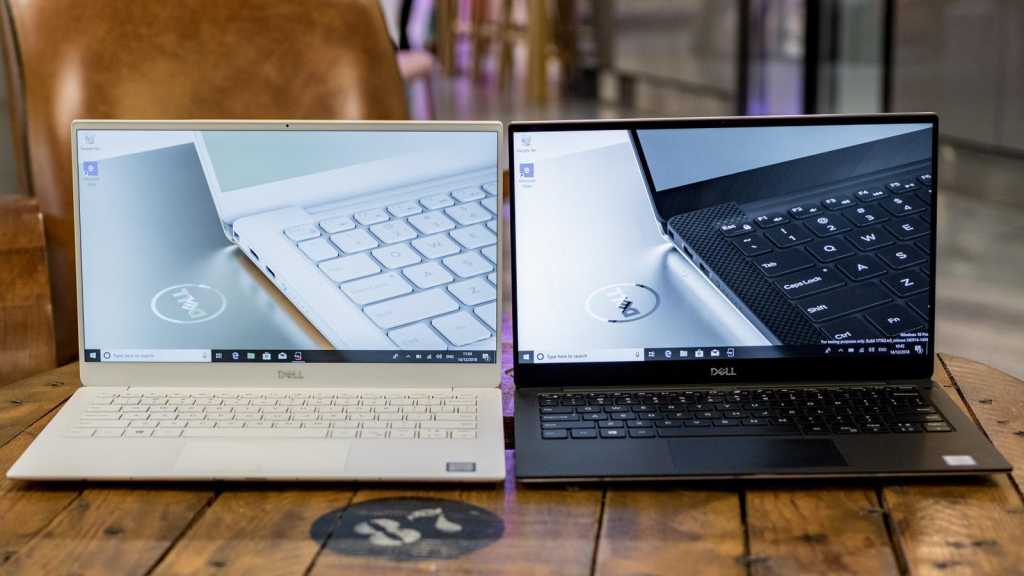 There’s a new XPS 13 in town but you’ll struggle to justify the upgrade from 2018’s model with namely a new webcam as a headline upgrade. Sure, there are other upgrades to the the core specs but for most people, these will be fairly insignificant. The inclusion of a cheaper Core i3 model is particularly interesting.

As usual, Dell has a new version of its hugely popular ultraportable laptop for 2019. It was announced at CES in Las Vegas, but what’s changed and should you upgrade? Here we compare it with its predecessor from 2018.

When a laptop is as good as the XPS 13, it’s hard to make it better year after year. Dell has refined it over time to be almost perfect. For 2019 there isn’t a huge amount of change since the 2018 model got a fairly large overhaul, but let’s take a look to see what has.

It would be justifiable for the new model (the 9380) to be the same price, or more expensive. However, the inclusion of a new Core i3 option means it’s actually cheaper at £999/$899. You can order it from Dell.

Only the very eagle eyed reader will be able to spot the differences between the new and old XPS 13 models. As we’ve already mentioned, the laptop is was so good already we don’t blame Dell for sticking with it after slimming it down a good amount last year.

The major change is that the webcam is now back above the display. Introducing the InfinityEdge display a few years ago meant moving it below the screen to keep the bezels small. Since then, Dell has been working on putting it back and has finally achieved this.

A new manufacturing process means the camera is tiny and can once again fit in the top bezel, although it is a little bit bigger than before, 5.975- vs 4mm. That’s a decent increase in percentage but in the grand scheme it’s still pretty small.

If you don’t use the webcam then this will be pretty meaningless but there are some other design changes, albeit small ones – elements like the keyboard and trackpad are the same.

For this year, the hinge has changing torque so the lid is easier to open at first then gets stiffer as you go. It works pretty well but presents too much resistance too quickly so you need a second hand to get the screen into the right place.

Although it might be difficult to improve the design of the XPS 13 from last year, it’s somewhat easier to introduce new hardware.

You can still get up to 16GB of RAM faster at 2133MHz, where lower amounts were 1866MHz previously. And now you’ll be able to get up to 2TB of SSD storage which is double the previous model.

Moving to the processor and the laptop will have a choice of three chips including a Core i3 which is unusual. It’s the i3-8145U which is dual-core while the others are quad-core.

You have the choice of a i5-8265U or i7-8565U which are Whiskey Lake versions of the Kaby Lake R chips found in the 2018 XPS 13. They offer a higher Max Turbo Frequency and Dell says to expect a 10 percent improvement in productivity.

With the same13.3in screen (in Full HD or 4K) and set of ports including USB-C, the other upgrade is in battery life. Dell says you’ll get up to 21 hours on the Full HD version, which is 3 hours more than the 2018.

Here’s a table comparing all the specs:

With a very similar design and a lot of the same specs, there’s probably little reason to upgrade from the 9370 XPS 13 to the 2019 9380 model. The webcam move is the headline feature, but this is unlikely to excite or matter to many consumers.

That’s not to say that the new XPS 13 is bad. It’s the opposite but there’s little Dell can do to improve it despite some core upgrades like more RAM and storage, which again, will be overkill for most people.

Perhaps the most interesting thing is the addition of a Core i3 model, making the XPS 13 more affordable to the masses. But this is also possibly a chance for you to get last year’s model at a better price if you haven’t already got it.