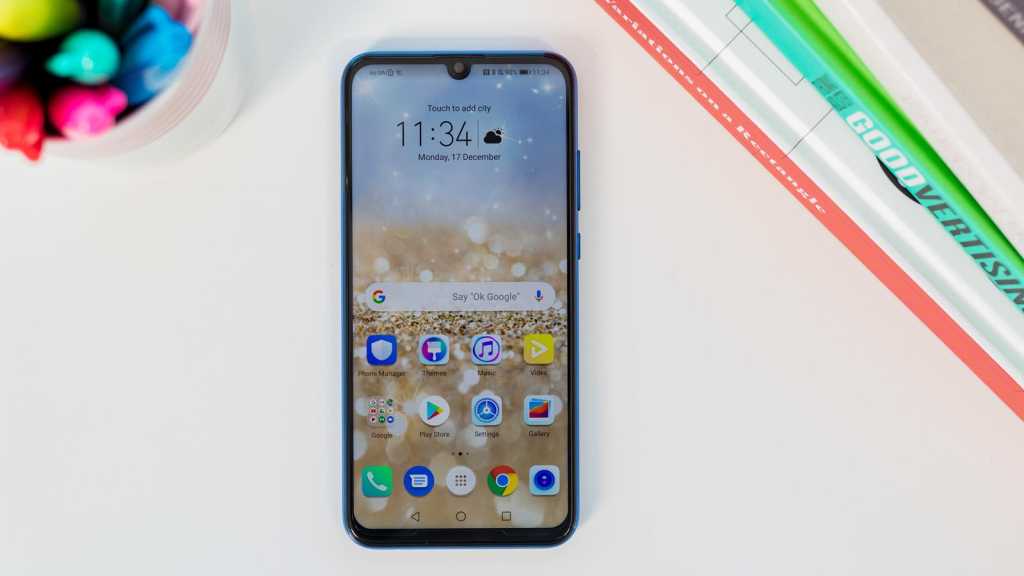 The Honor 10 Lite is one of the best cheap smartphones you can buy. It has good performance, decent battery life, a large display and dual cameras.  You can get cheaper phones that do basically the same things but if you can stretch to £200 the 10 Lite’s performance is worth it.

Smartphones can be expensive. Thankfully they can also be cheap and, as it happens, pretty good. Better than pretty good. The Honor 10 Lite is one of those very good budget smartphones that has us wondering why you have to pay five times more for the ‘best’ phones out there.

It has a large, bright display, excellent performance, decent dual cameras and solid battery life. For the price, you can’t ask for much more.

It puts it at the high end of ‘cheap’ but far more affordable than most of the phones on the market. You could buy five 10 Lites instead of one iPhone XS. Not that those phones are comparable or even for the same consumer, but you get the point.

Huawei’s near-identical P Smart 2019 costs the same and is available on contract as well as SIM-Free.

Let there be Lite

The Honor 10 Lite is a cheaper appropriation of  the excellent Honor 10 that costs twice as much (itself a relatively good deal at £399). It shows that you can cut a few more corners on materials and internal specs while maintaining the same basic smartphone experience.

Our 10 Lite review unit was in the by now familiar Honor deep blue hue but the headline new colour available is called sky blue, which fades from blue to silver. Honor is Huawei’s sub-brand so it’s no surprise to see it ape the flashy changing colours of its parent company’s flagship phones.

There’s a black one too but you’ll probably opt for a bit of flash as otherwise this is a fairly uniform plastic backed phone. Ours picked up a chip after a relatively short fall onto the ground but it’s not glass so it didn’t smash, an advantage with cheaper handsets.

The front houses a generous 6.21in LCD display with a little dewdrop notch at the top to house the 24Mp front facing camera. That’s pretty good for a £200 phone that also packs in dual rear cameras though it’s worth noting the Honor 9 Lite had two front facing cameras too. The notch on the 10 Lite means there’s just the one.

The 13Mp and 2Mp rear cameras mean you can zoom with better clarity and take pretty good portrait shots with the blurred background effect. It even has a pretty good night mode that gives you better colour balance and sharpness in low light. We found this worked OK, but not very well particularly on close up shots in dingy settings.

The cameras are not near the quality of phones like the Google Pixel 3 or Huawei’s Mate 20 Pro but again, for the price, it’s all rather impressive.

Check out the gallery of images below:

As is clumsily emblazoned on the back of the phone, the 10 Lite has Honor’s ‘AI camera’ which really means it has a mode that saturates colours to make your snaps a bit more social media ready. Results are decent enough without, but it’s an inoffensive enough feature that you might appreciate.

Less fun is the extreme beauty modes applied to the front facing camera. Turn it off though and it’s a perfectly good selfie camera that can even muster a portrait effect.

Within that plastic frame there’s also a headphone jack, a desirable feature you only see on cheaper phones nowadays, a rear mounted fingerprint sensor that works very well and a microUSB port that hints at the fact this is a budget smartphone.

We hoped to see the better USB-C here but you can’t have everything. There’s even the lesser spotted FM radio, provided you plug in wired headphones to act as an antenna.

Performance is also great for the price. There’s a Kirin 710 processor paired with 3GB RAM in our review unit. Add to that 64GB expandable storage up to 512GB and it’s a pretty versatile device. You can even use the microSD slot for a second SIM if you’d prefer.

The phone stuttered occasionally with graphical overlays like with Facebook Messenger’s floating chat heads and when switching quickly between apps. But it never fully crashed on us as we used the 10 Lite as our main phone for several days over a busy Christmas holiday. Just don’t expect to play high-level games on it.

There are hints of judder when opening data heavy apps like Instagram or a zesty WhatsApp group chat but it’s all to be expected on a phone of this price and specs. We found the same on the Honor 9 Lite, Moto G6 and several budget Xiaomi phones. You won’t find a £200 handset without these issues but they are not a problem on the 10 Lite unless you are very picky. If you are, you’ll spend more.

We tried running our standard benchmarking apps Geekbench 4 and GFXBench to test the processor and graphics respectively but neither would install. This is likely down to the UK pre-release review unit we had but in real world use, we can find no major flaw in the 10 Lite’s performance given its status as a cheap phone.

Time to try some Pie

An excellent feather in the Honor 10 Lite’s cap is that it runs Android 9 Pie, the latest version of Android at the time of the phone’s release. This means it beats Huawei’s flagship P20 Pro to the Pie game as well as the premium Samsung Galaxy S9. That’s good going, Honor.

It runs Huawei and Honor’s EMUI 9.0.1 over the top of Android and you may know by now that EMUI changes an awful lot of the look and feel of stock Android, making it a little like Apple’s iOS. But you know what? It doesn’t really matter. Sure, there are changes, but using it as our main phone we soon got used to its quirks.

We really can’t complain when a £200 phone has the latest version of Android at launch ahead of phones that cost three or four times as much. Honor isn’t the greatest at updating software though, so bear this in mind if you want your new phone to get Android Q or timely security updates.

An advantage of many budget phones is good battery life and the Honor 10 Lite is no exception. Its generous 3400mAh battery paired with its low-end specs mean this is a phone that with light use lasted us two whole days. Heavier users will still comfortably end one day on around 30%.

Although there’s a faster charger in the box, the phone doesn’t actually fast charge. Hey ho, it fills up quick enough. As you’d expect here there’s also no wireless charging.

This is one of the best cheap phones you can buy with a large screen, great battery life and versatile if not excellent cameras. You might prefer the plainer software of the Moto G6 series but otherwise if you’re on a budget the Honor 10 Lite is the best going.