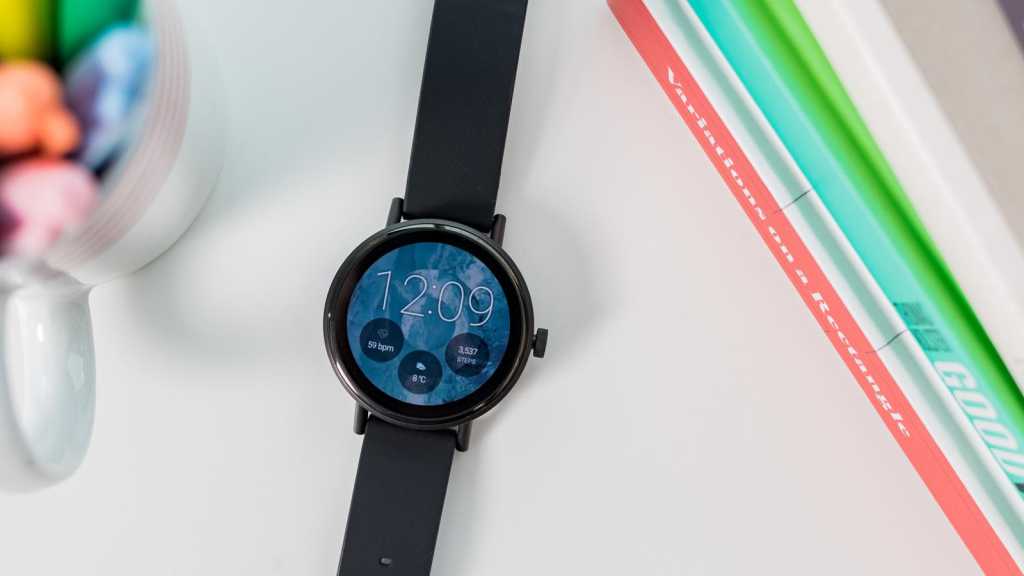 The Misfit Vapor 2 is good-looking, smart and fast in use with decent fitness tracking tech on-board, but a sub-24 hour battery life lets it down – even with quick charging capabilities.

Despite being bought out by Fossil in 2015, the Misfit brand isn’t dead. In fact, the company has recently released an upgrade to the hugely popular Misfit Vapor. The Misfit Vapor 2 may look similar to the original, but the internals have been upgraded to provide a more well-rounded smartwatch experience, allowing it to compete more directly with the best smartwatches on the market.

But with so many smartwatches on the market at the moment, has Misfit done enough with the Vapor 2 to tempt users away from the likes of the Huawei Watch 2, Samsung Galaxy Watch and Fitbit Ionic? Find out in our Misfit Vapor 2 review.

How much does the Misfit Vapor 2 cost?

Those looking to purchase the Misfit Vapor 2 will pay upwards of £215/$249.99, depending on the combination you opt for.

The good news is that both variants of the Vapor 2 – 41 and 46mm – are available for £215/$249.99, with the price only rising to accommodate premium watch straps. Even with an upgraded link bracelet, the most you’ll pay for a Misfit Vapor 2 is £235/$269.99. That’s a welcome change from most manufacturers that make you pay more for a larger display and better materials.

Those interested in buying the watch can head to the likes of Amazon alongside the official Misfit website.

It’s an attractive price point, but with the Huawei Watch 2 now available for £159.99, Misfit has its work cut out to tempt consumers away.

The Misfit Vapor 2 is the polar opposite to smartwatches like the Huawei Watch 2. While competitors strive to emulate the look of a classic wristwatch with engraved bezels and a chunky body, Misfit has taken a cleaner, more minimalistic approach. There’s no engraved bezel or classic detailing present; instead, the body of the Vapor 2 is understated, helping draw your attention to the display.

Unlike the original, the Misfit Vapor 2 comes in two sizes – 41- and 46mm – which feature 1.2in and 1.4in displays respectively. Though the broad list of features is the same across both models, the larger 46mm watch boasts a slightly thinner design and larger battery. We were given access to the 41mm watch, so we’ll be concentrating on that for the purposes of our review.

The simple design of the Vapor 2 makes it look at home both in the office and at the gym, and should go with almost any outfit. This is further enhanced by an impressive number of straps and colour options available for Misfit’s latest smartwatch. As well as a sporty all-black model, you can opt for rose gold or silver body with either sporty silicone straps or premium stainless steel link bands.

The best part about the accessories? The price. There’s only a £20/$30 difference between the Vapor 2 with sports band and the Vapor 2 with a stainless steel bracelet, making it a viable option for consumers.

And if you want to pick up additional straps, you’ll be paying between £10 and £30 for the pleasure, allowing you to customise the look of the Vapor 2 for different occasions without breaking the bank – especially when compared to Apple, a company that demands literally hundreds of pounds for a stainless steel watch strap.

Like Apple’s premium smartwatch, the Misfit Vapor 2 features a traditional crown that can be used not only to activate Google Assistant, but scroll through notifications and other menus without using your finger. The groves of the crown make it easy to grip, and while there is a bit of resistance when twisting the crown, we prefer the feeling to other watches. It enhances the experience of interacting with the Vapor 2, and means that your finger isn’t covering a portion of the display when swiping.

The design isn’t perfect though; it’s 2018 and there is a sea of bezel-less smartphones and smartwatches available on the market, but yet the Misfit Vapor 2 features the same thick black bezel around the display that has plagued Android smartwatches since first-gen Android Wear watches appeared a few years back. It’s not terrible by any means, but it makes the display look dated – especially when compared to the likes of the Apple Watch Series 4.

The Misfit Vapor 2 is Wear OS-enabled, rather than opting for a bespoke operating system like that of the Huawei Watch GT, and is supported by both iOS and Android (though iOS users will be more limited).

The inclusion of Wear OS means that the Vapor 2 can run all your favourite Android apps, be able to provide directions, media controls, AI-powered message responses and more. It’s a great smartwatch experience, providing easy access to a range of features without getting your smartphone out of your pocket.

Inside the smartwatch you’ll find Qualcomm’s Snapdragon 2100 processor combined with 512MB of RAM and 4GB of onboard storage for music, allowing you to wirelessly listen to your tunes while exercising without your smartphone nearby. You’ll also find NFC with Google Pay compatibility in supported countries, allowing you to pay for your stuff from your wrist.

How does that translate in terms of performance? While it’s speedy enough when scrolling through notifications, browsing apps and tracking exercise, there are certain functions that seem ever so slightly sluggish.

The most noticeable of which is the raise-to-wake functionality; after raising our wrist to look at a new notification, we’ve had to wait a noticeable amount of time before the display has turned on. It’s not too bad if you’re sat down, but it certainly becomes annoying when you’re walking and only have a second to glance down.

It features GPS, though it’ll opt to use your smartphone’s GPS when connected in a bid to save battery life. To force the watch to use the built-in GPS, you must leave your phone at home (or at least completely disconnect it) when exercising. We would’ve liked the option to always use the built-in GPS, but we couldn’t find anything that enabled it.

Regardless, the built-in GPS and upgraded HR tracker provide general fitness tracking as well as specific exercise tracking, and thanks to Google Fit integration, there are a lot of exercises that you can track. You can even floss, Fortnite fans! You won’t get in-depth metrics like VO2Max or Recovery Time provided by the likes of the Huawei Watch 2, but for casual fitness fans, it should be more than enough.

But despite being water resistant up to 30M and surviving a 10k stroke swim test (according to Misfit) there is no way to track your swimming activities. It seems like a huge misstep for Misfit, and we really can’t understand why it’s the case – especially as it’s specifically marketed as swim-proof rather than water resistant.

While it can track even obscure fitness activities, the Vapor 2 provides no way to track your sleep habits. We’re a little disappointed about this as previous Misfit-branded products have been particularly impressive in the sleep tracking department. We assume it’s down to the sub-24-hour battery life, which isn’t one of the Vapor 2’s strong points.

We can’t call it a review without discussing the battery life of the Misfit Vapor 2 as, like most similarly-priced smartwatches, it’s not that impressive. In terms of battery life, we could just about squeeze a day’s usage out of the 300mAh battery when casually reading notifications and getting directions, but there were occasions where it ran flat before we made it home from work in the evening.

This would often coincide with our testing of the various fitness tracking capabilities, leading us to believe that the fitness tracking (while good) really does take a toll on overall battery life.

If you don’t mind carrying the Vapor 2’s contact charger around with you then some of these issues are alleviated, as it goes from flat-to-full in just over an hour, but we’d have preferred at least 24 hours of battery life with standard usage. It’s not a crazy idea, as the likes of the Wear OS-enabled Huawei Watch 2 boasts up to two-days of battery life with the always-on display enabled.

The Misfit Vapor 2 is a good looking smartwatch, it’s well-built and with a number of finishes and straps available, there’s a combination for every style. The choice to include both 41- and 46mm options without a price difference is welcomed by us, as it goes against what almost every other smartwatch manufacturer does.

It’s smart, fast and the fitness tracking capabilities perform well, but we don’t understand why it’s marketed as swimproof when it doesn’t offer the ability to track swims. The only real downside? Battery life. It lasts up to a day with casual use, though we had several occasions where it ran out before we got home from work.