The Magic 2 is a beautiful piece of hardware, and the slider function pulls double duty as a satisfying novelty and the enabler of that big, beautiful display. Performance is rock solid – no surprise with the Kirin 980 inside – and the superfast charging is very welcome, but so-so camera performance and software irritations are enough to make us question whether the Magic 2 is worth the cost – or hassle – of importing.

If 2017 was the year of the notch, then 2018 was the year of phone manufacturers desperately trying anything they can to avoid or minimise it. We’ve had teardrop notches, side notches, pop-up cameras, second screens, and now the Honor Magic 2 offers a simple slider.

That’s right, Honor’s latest hides its selfie cameras behind a sliding mechanism to help make sure the front of the phone is all-screen, all the time, but that’s not its only selling point: how about the latest Kirin 980 processor, six (count ‘em) camera lenses, and super-fast 40W charging?

Here’s how it all stacks up.

The big caveat with the Honor Magic 2 is that it isn’t officially available in either the UK or the US, so if you want one you’ll have to import it from China.

A simple currency conversion puts that base model at around £440/$550, but you’ll be paying more than that from importers – especially once you factor in potential customs and shipping charges. 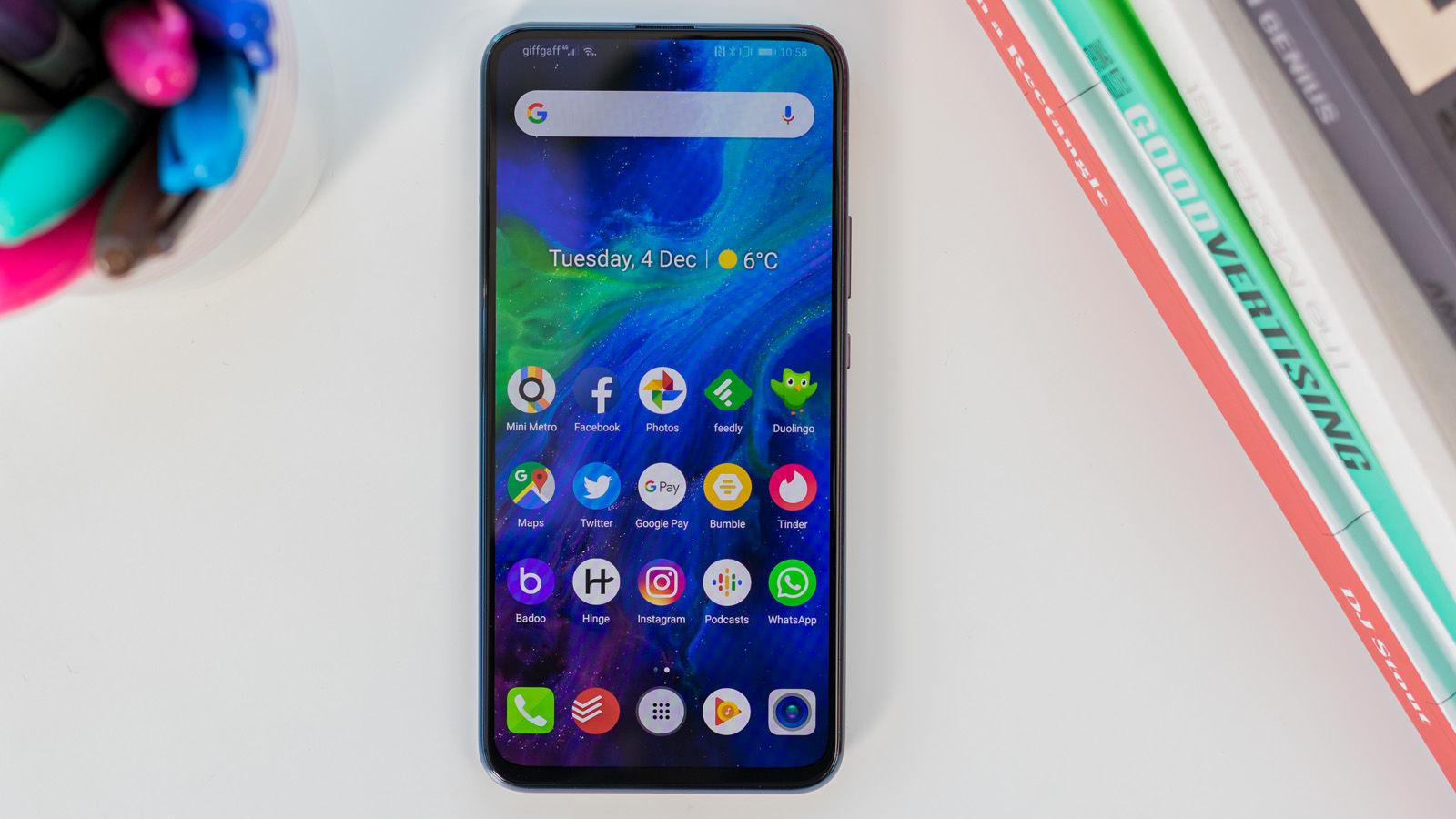 GearBest is one of the more reliable importers we’ve used, but is currently selling the 8GB/128GB config for a fairly hefty £728.50/$912.90, which is a lot to ask. Elsewhere Wonda has the same config for just £569, and we’ve found eBay listings around the same price.

It’s still cheaper than the Huawei Mate 20 and Mate 20 Pro – the closest equivalents in specs, though both lack the slidey screen – but you’ll pay a lot less if you opt for Honor’s most recent flagship, the Honor 10, which is officially priced at £399 and often available in the UK for less.

Still, for all that, none of those phones have the Magic 2’s most distinctive feature: a manual screen slider. Honor isn’t the first to have its camera array slide out – the Vivo Nex did it first with a single camera pop-up, while the Oppo Find X had the whole back of the phone slide up – but it is the first to make it manual.

Rather than the cameras sliding up when you open the camera up, you have to physically push the screen down to access the selfie cameras, which quickly becomes a surprisingly compulsive physical tic. This is the first phone to hit the market with the manual slider, but look out for it in the Xiaomi Mi Mix 3 and Lenovo Z5 Pro soon too. 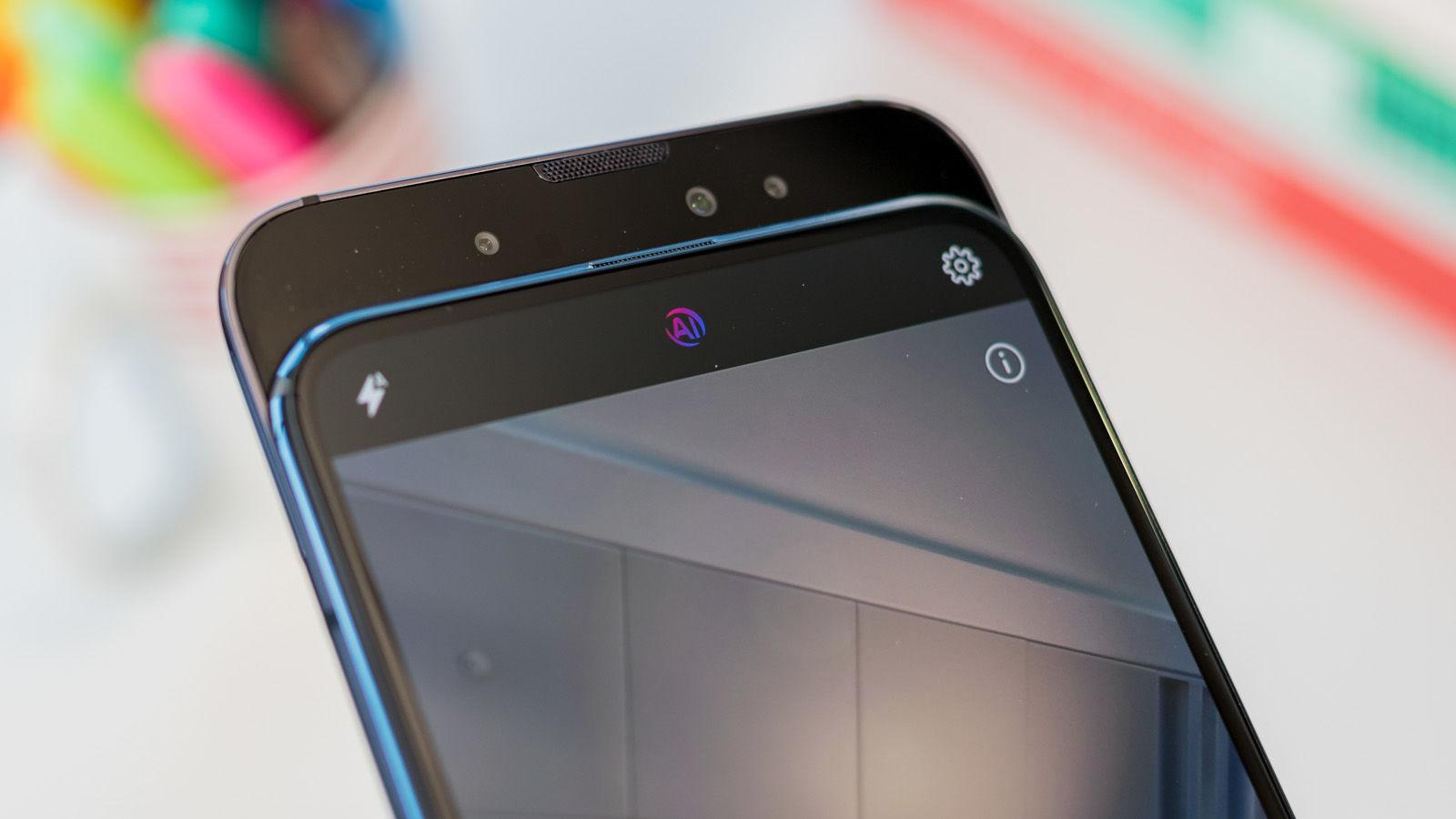 There’s a satisfying ‘click’ to the motion that harks back to the slider phones of the ‘90s and ‘00s, and if you’re anything like us you’ll find yourself absent-mindedly sliding the phone up and down for no good reason. We’ve got no idea how long the phone will survive this sort of abuse, and what might happen if and when the mechanism gives out, but that’s always the risk you take with novel designs like this.

One small note on that slider though: the speaker used for phone calls sits behind it, and while there’s a small grille on the front to allow audio through when closed, it’s pretty muffled. You can have a phone call like that, but really you’ll always want to slide the screen down before you pick up – the difference in audio quality is noticeable. The loudspeaker is down on the bottom edge though, so audio for music or video is unaffected.

Beyond the sheer satisfaction of sliding day-in, day-out, the best thing about the design is that it leaves the front of the phone to be all screen, corner to corner. There’s a thin bezel all the way round, with a slightly thicker chin on the bottom, but otherwise this is an uninterrupted display.

And as a full HD 6.39in AMOLED, it’s a hell of a display too. It’s not the brightest screen we’ve seen this year, capping out at 386cd/m2, but the contrast and colour range are both excellent, and colours pop throughout. It really feels vibrant, and it’s enough to make you glad that there’s no notch or bezelling to get in the way of it all. 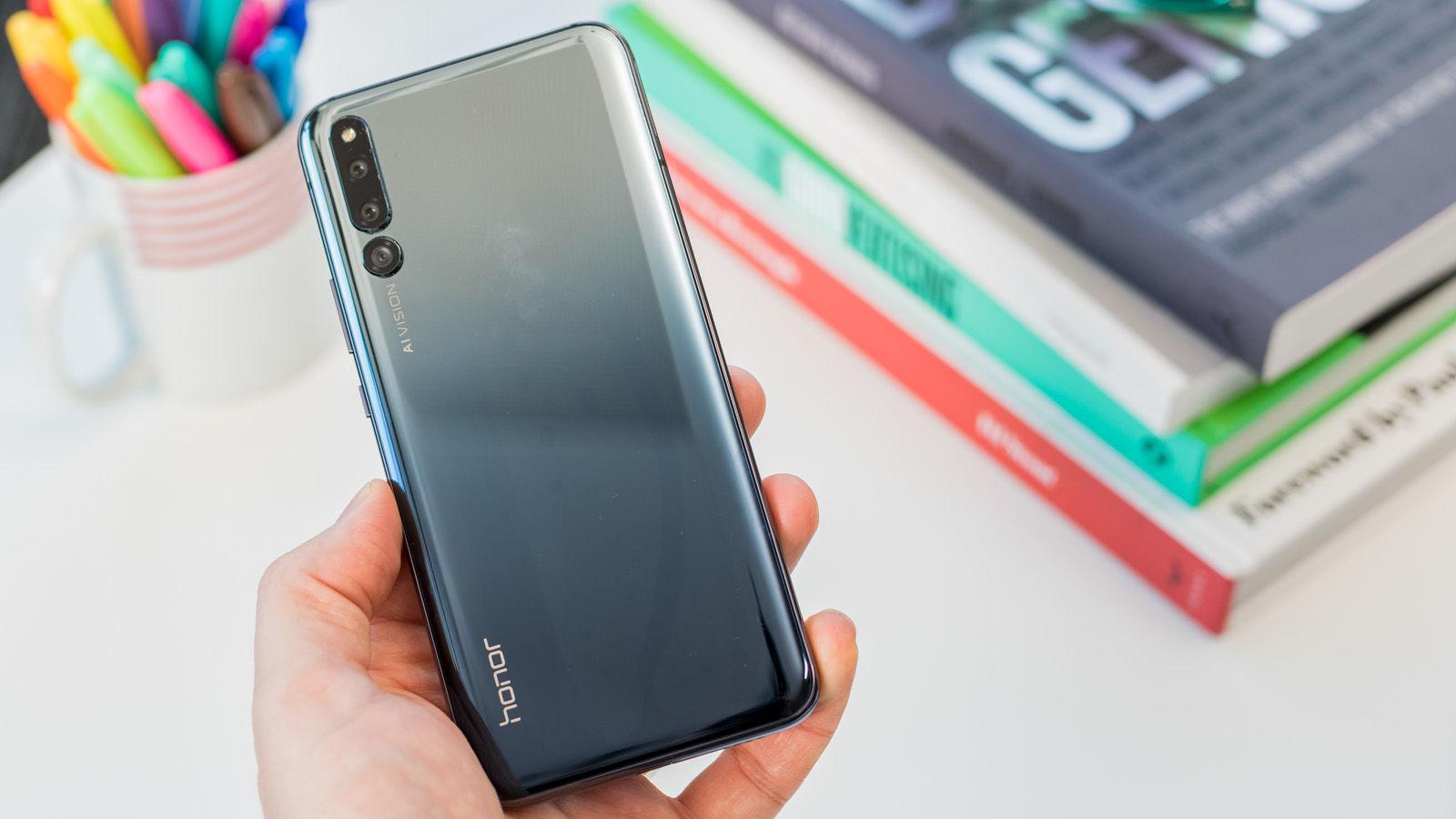 If the front’s all fancy, the back of the phone is pretty much par for the course for Honor – which is to say a glass finish (this time in a gradient finish with your choice of pink, black, or blue) only interrupted by the triple rear camera.

Despite the glass there’s no wireless charging, nor any waterproofing – two features Honor continues to omit to help it hit those competitive price points. And if Honor’s design is beginning to feel a bit familiar, that’s only because it works.

Slide that slider back and you get to the Magic 2’s next big selling point: it’s triple selfie camera, backed up by a triple rear camera too.

Unfortunately, despite all those lenses, photos aren’t all that much to write home about. Selfies fare better – the main 16MP lens is enough to take decent stills and capture video at 1080p, while Honor’s packed in the usual array of AR and AI effects to buff things up a little. 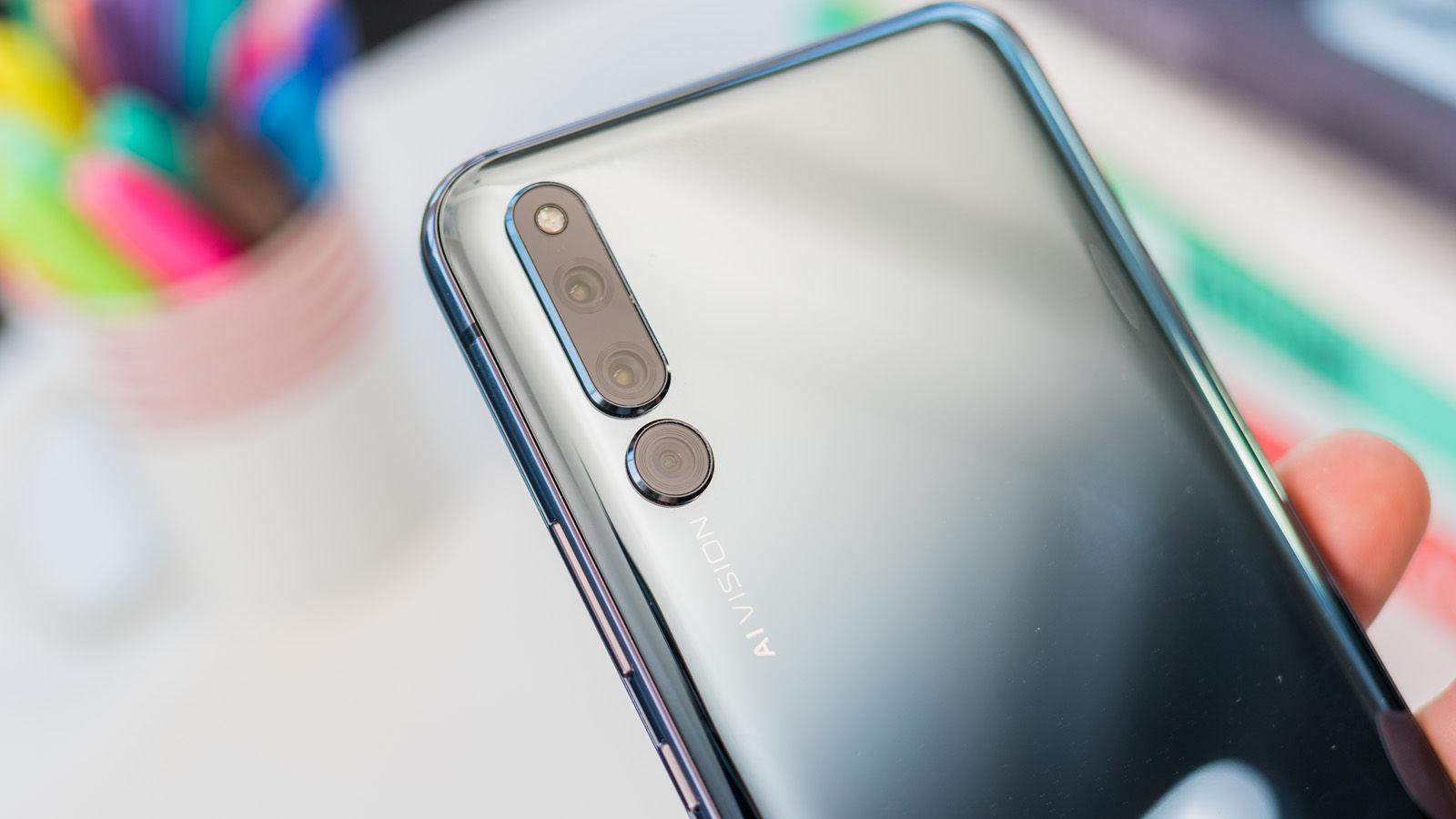 The other two lenses don’t do all that much for photos, but play their part in the phone’s face unlock, which is fast, reliable, and even performs well in challenging lowlight conditions. Best of all you can set it to trigger as soon as you slide the screen down, and the hidden cameras mean you’ll never accidentally unlock your phone when you don’t mean to.

That’s backed up by an in-display fingerprint sensor, but this is a little less reliable. Registering the first print took a few minutes and a lot of error messages, and subsequent scans were slow and failed a little too often for our liking. That’s true of most in-display scanners, but that doesn’t make it any less irritating while this tech is in its infancy.

Anyway, back to those cameras. On the back you’ll find another three lenses: two at 16MP (one wide-angle), with a monochrome 24MP shooter to back them up. Photos are mostly vibrant, but struggle slightly with detailing in both macro and long-range shots. The auto-focus seems to be partly to blame, struggling to set the right depth-of-field in some photos – especially in lowlight. 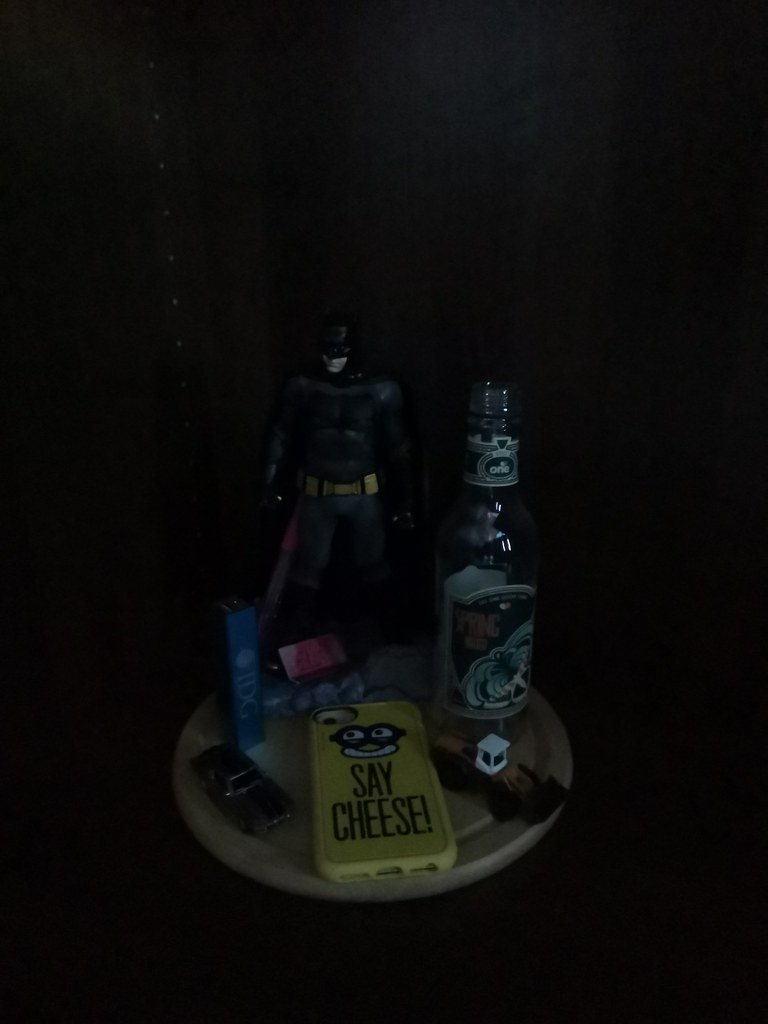 As always with Honor, AI camera features promise to optimise your photos with the help of a bit of object recognition. For the most part, it works to brighten photos and make colours more vibrant. This often does genuinely look better, but the effect can be a bit OTT at times. Still, it’s easy to toggle on or off, so you can play around to learn what you prefer.

In case the name doesn’t give it away, there was a previous Honor Magic, and the Magic 2 carries over that phone’s headline feature: super-fast 45W charging. You’ll find that in the Mate 20 Pro too (though not the regular Mate 20), and Honor claims you can get 50% of your battery back in just 15 minutes.

That might sound ridiculous, but in our tests it wasn’t far off, and we actually managed to fully charge the 3500mAh battery in just an hour – that makes more sense when you remember that charging speeds slow as the battery fills up. 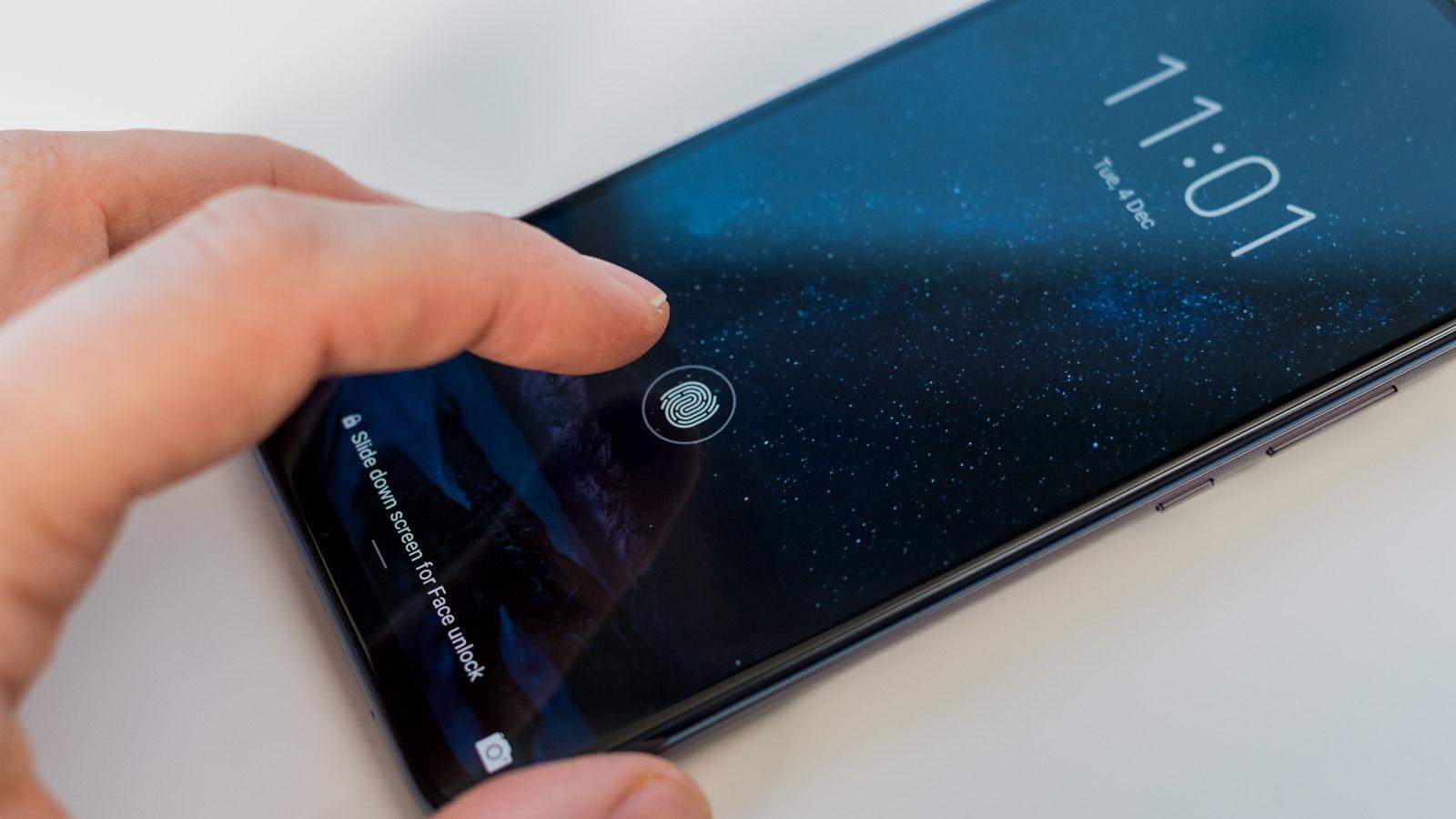 As for battery life, the phone lasted an impressive eight and a half hours in our non-stop video playback test – better than flagship rivals like the Pixel 3 or OnePlus 6T – and in regular usage it very comfortably lasted a full day, and would probably scrape its way to the end of the second if you pushed it.

And one final note on the internals: the processor. The Magic 2 is also the first Honor phone to pack Huawei’s latest flagship, the Kirin 980 – also in the Mate 20 and Mate 20 Pro. Backed up by either 6GB or 8GB of RAM, it means this thing really flies, and it’ll breeze through just about anything you throw at it.

It’s been the case for a few years now that flagship phone performance is improving faster than most people’s actual requirements, so there’s a real question about whether you even need a phone this fast. But still, it’s here, it is fast, and if you care about that, this won’t disappoint.

The fact that the Magic 2 is a China exclusive doesn’t affect the phone hardware, other than the hassle of buying it in the first place. Software is another story entirely.

It’s easy to switch to English during setup, so that’s fine. But even once you run through that you’ll find a phone loaded with strange apps, bloatware, and themes that include Chinese language characters whether you want them to or not.

You can work around most of this, but it takes time, effort, and at least a bit of knowhow, and for most people it really isn’t worth it. You’ll probably want to sideload Google Play Services for starters, then go about downloading all your regular apps and making sure they’re set to be your defaults. 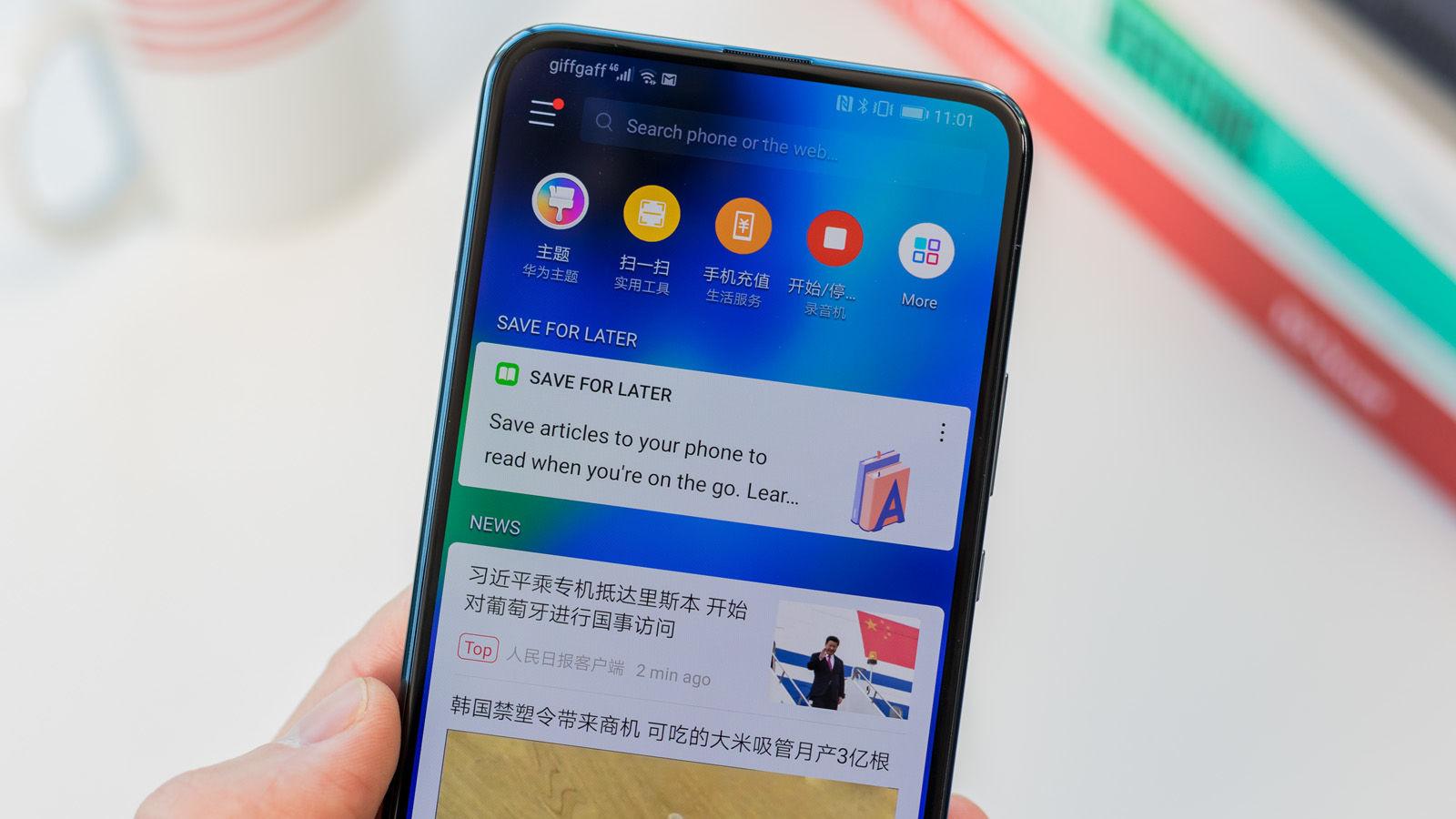 There will still be headaches. Huawei’s EMUI – here in a modified ‘Magic UI’ form – has come on a long way, but still has irritations. It’s cluttered, and occasionally throws up headaches you don’t expect, like blocking Gmail notifications because it turns out the aggressive battery management software is throttling the push notifications.

They’re all minor irritations, but they’re ever-present, and you’ll know best how much you can put up with them – or learn how to fix them. But if you don’t even know what ‘sideload Google Play Services’ means, you’re best advised to stay clear.

Performance is rock solid – no surprise with the Kirin 980 inside – and the superfast charging is very welcome, but so-so camera performance and software irritations are enough to make us question whether the Magic 2 is worth the cost – or hassle – of importing.

There’s a lot of brilliant tech inside this phone, but most of it will turn up in Honor’s next flagship, which will be cheaper and easier to get hold of. So unless you have your heart set on the slider, we’d wait for that to arrive.